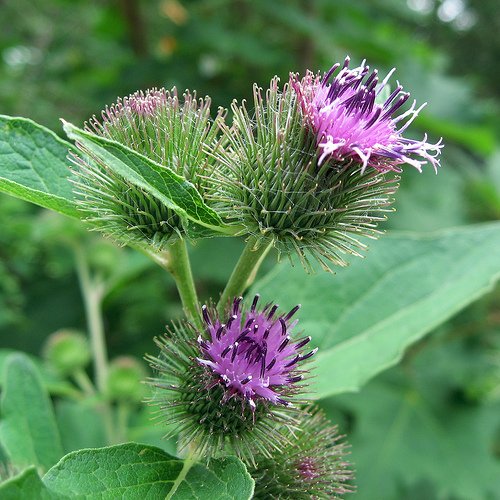 Plants are cultivated for their slender roots, which can grow about 1 meter long and 2 cm across. The root was traditionally used in Britain as a flavouring in the herbal drink dandelion and burdock, which is still commercially produced and is often home-made by enthusiasts as wine or beer.  Immature flower stalks may also be harvested in late spring, before flowers appear. The taste resembles that of artichoke, to which the burdock is related. 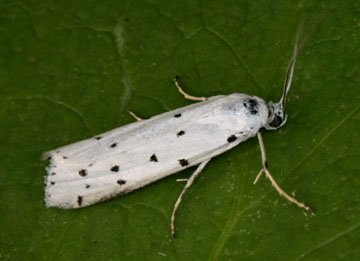 The leaves of Greater Burdock provide food for the caterpillars of some Lepidoptera, such as the Thistle Ermine (Myelois circumvoluta).

This has significance when we look at the composition of the plant as the leaves should be avoided – being poisonous to us.  Arctiopicrin, Costic acid, Isochlorogenic acid, and Beta-eudesmol in the leaf are natural pesticides, but it appears to have no effect on these caterpillars.  Lepidoptera as a species have evolved to feed on poisons, to which they are immune, in order to protect themselves from predators. 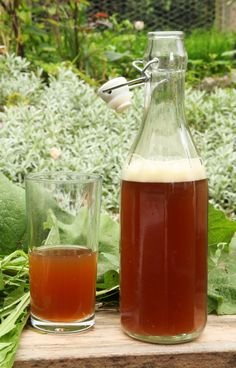 Dandelion and burdock beer - home made

Greater Burdock is a biennial plant, rather tall, reaching as much as 9 feet (2.7 m). It has large, alternating, cordiform leaves that have a long petiole and are pubescent on the underside.  The flowers are purple and grouped in ‘globular capitula, united in clusters’. They appear in mid-summer, from July to September. The seeds can be carried long distances on the fur of animals. The fleshy tap-root can grow up to 3 feet (0.91 m) deep.

Where found - This species is native to the temperate regions of the old world, from Scandinavia to the Mediterranean, and from the British Isles through Russia, and the Middle East to China, India and Japan.  It is commonly cultivated in Japan where it gives its name to a particular construction technique, burdock piling.

Cultivation – Burdock naturally seeds and spreads almost every, especially in soil rich in nitrogen.  Burdock is very reactive to nitrogen fertilizer and has become an ‘invasive weed’ of high-nitrogen soils in North America, Australia, and other industrially farmed regions. 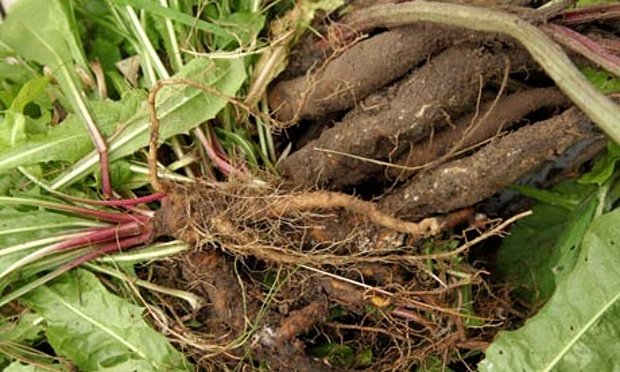 It prefers a fresh, worked soil, rich in humus, in full sunlight. Propagation is achieved through sowing the seeds midsummer. The harvest occurs three to four months after the seeding until late autumn, when the roots become too fibrous.

History - Greater burdock was used during the Middle Ages as a vegetable, but now it is rarely used, with the exception of Japan where it is called gobō (牛蒡 or ゴボウ), Taiwan (牛蒡), Korea where it is called ueong (우엉), Italy, Brazil and Portugal, where it is known as bardana or "garduna". During World War II it regained some of its popularity, a free vegetable in lean times.  In the UK it has always been a very popular drink amongst home brewers with all sorts of variations on the one theme, including the addition of honey to make a sort of mead. 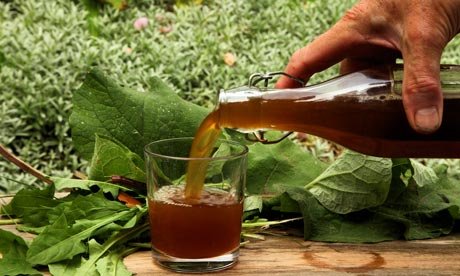 In the second half of the 20th century, burdock achieved international recognition for its culinary use due to the increasing popularity of the macrobiotic diet, which advocates its consumption.

Medicinal use – the observations should be used to identify proven uses, however, historically, dried burdock roots (Bardanae radix) were used in folk medicine as a diuretic, diaphoretic, and a blood purifying agent. Anecdotal reports from the 19th century suggest that this medicinal plant has also been used by the Ojibwa tribe, and today, in form of an ingredient in Essiac for the alternative treatment of some cancers. The seeds of greater burdock are employed in traditional Chinese medicine particularly for skin conditions and in cold/flu formulas, under the name niubangzi (Chinese: 牛蒡子; pinyin: niúpángzi; some dictionaries list the Chinese as just 牛蒡 niúbàng.) 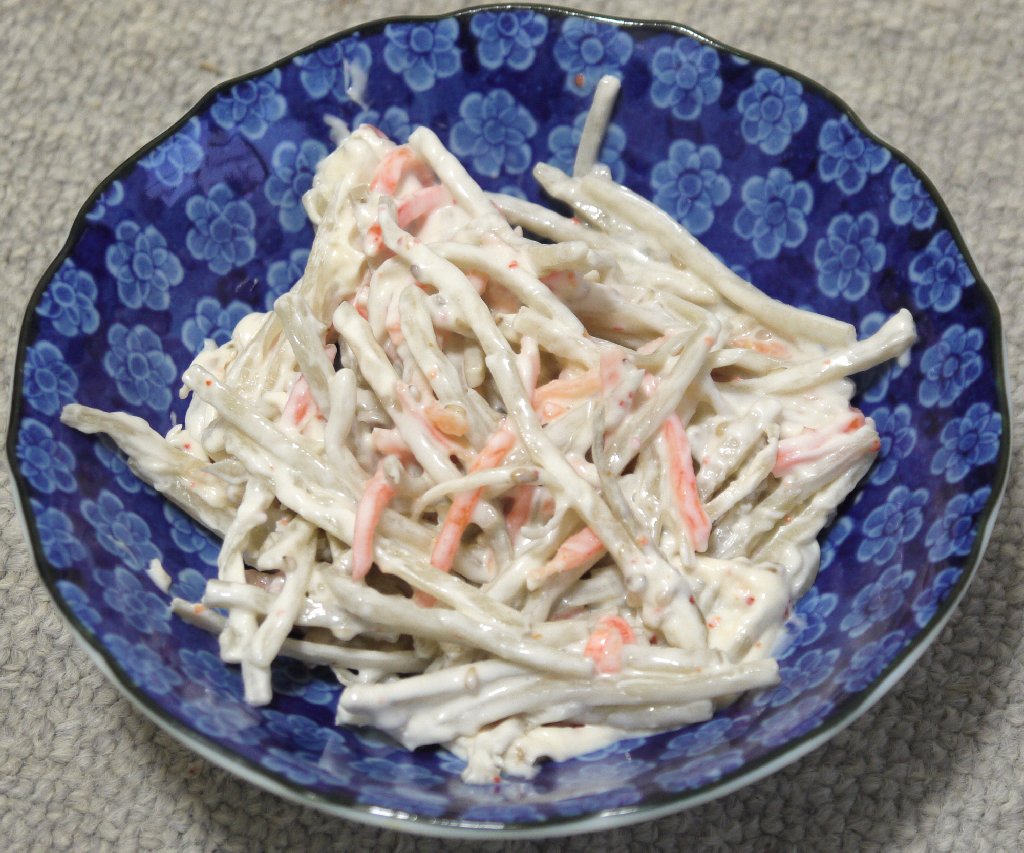 Shamanic use - Despite one or two statements I have found;  Arctium lappa  contains no atropine.  In “Herbs of the Northern Shaman: A Guide to Mind-Altering Plants of the Northern Hemisphere” by Steve Andrews, he states that “Doctor H Winter Griffith states in the Vitamin fact file that it [burdock] may be contaminated by atropine  like chemicals and that hallucinations may be caused”.  The leaves of Burdock are full of pesticide like chemicals that are there to deter predators.  Mr Andrews recommended the plant as a smoking mixture, I am unsure if he is still alive, but any hallucinations are simply being caused by poisoning.  All self respecting and genuine shamans use the plant to heal. 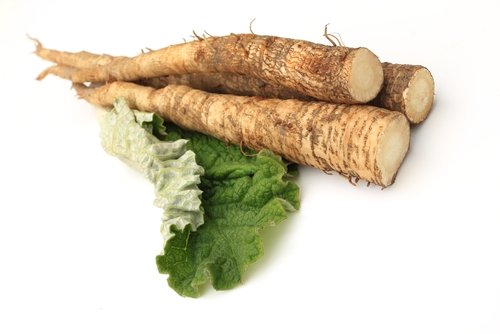 As it is the root that is eaten, the table below shows the contents of the root and stem.

Where a chemical has no recorded activity it is excluded from the following list.  Dr Duke’s database should be referenced for more and up-to-date details.

Minerals are shown in BLUE.  Burdock is very rich in minerals. In Selenium rich soils it is an important source of selenium, a very key mineral in our defences against heavy metals.   The ones not present in the root are: 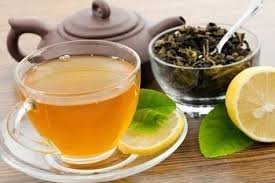 dried burdock root made into a tea

Vitamins are shown in GREEN.  Some essential vitamins are present in the root, but many are absent 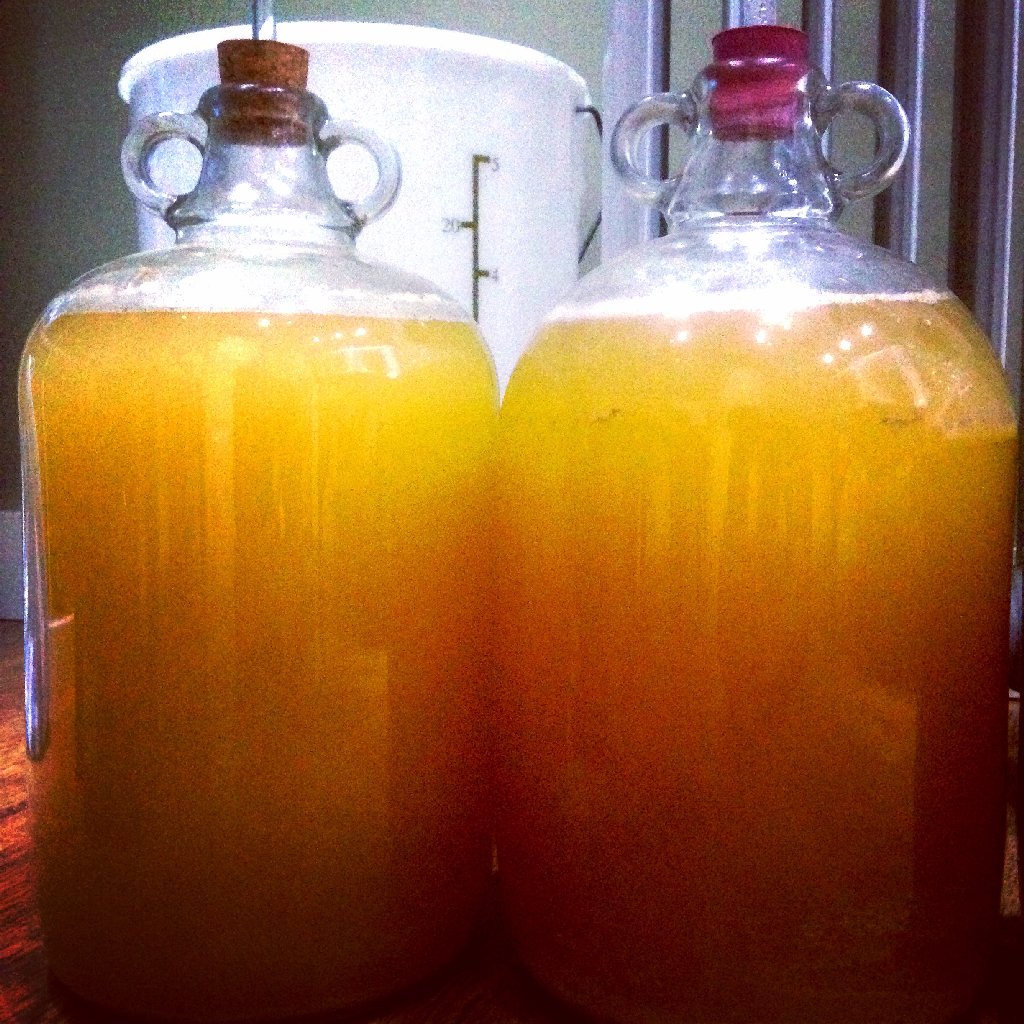 In addition to these staples of our diet, there are some very interesting chemicals whose properties are only just beginning to be established.  Some approximate properties of the remaining chemicals as a whole, according to Dr Duke, are that it has anti-viral, antibiotic, anti-parasitic and anti-fungal activity. 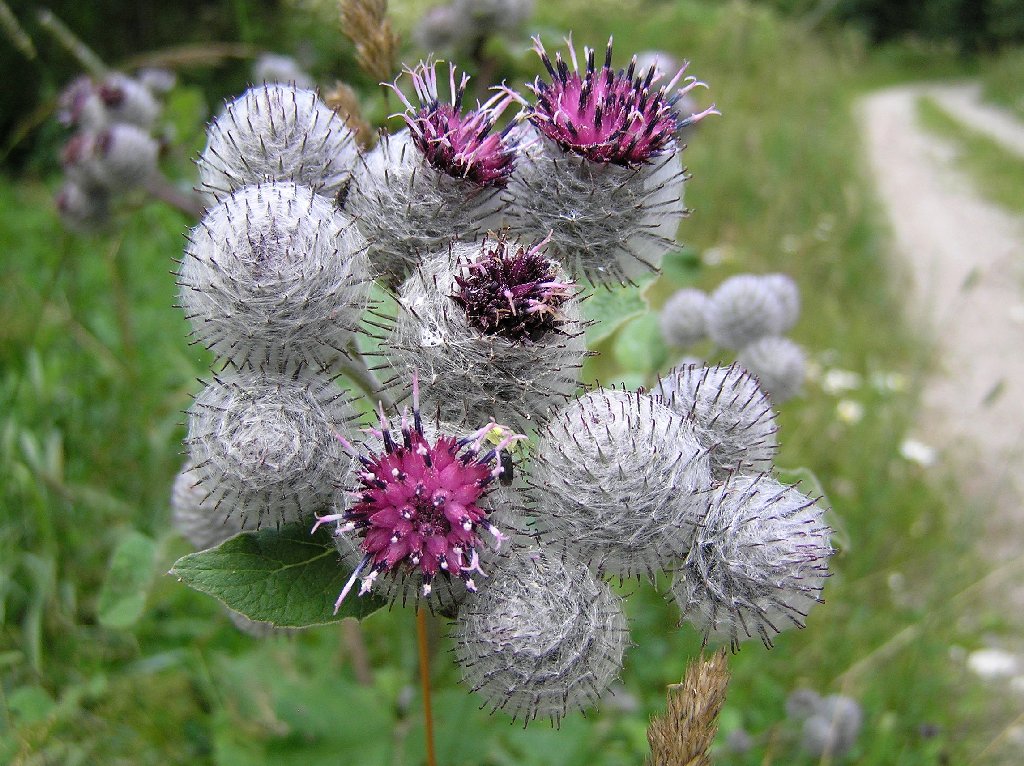 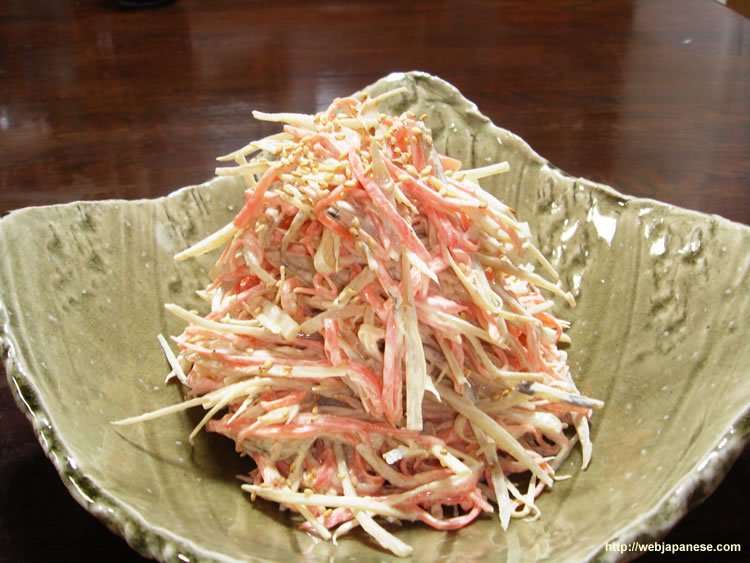 The root is very crisp and has a sweet, mild, and pungent flavor with a little muddy harshness that can be reduced by soaking julienned/shredded roots in water for five to ten minutes. The harshness shows excellent harmonization with pork in miso soup (tonjiru) and takikomi gohan (a Japanese-style pilaf).

Gobō can also be found as a fried snack food similar in taste and texture to potato chips and is occasionally used as an ingredient in tempura type dishes. 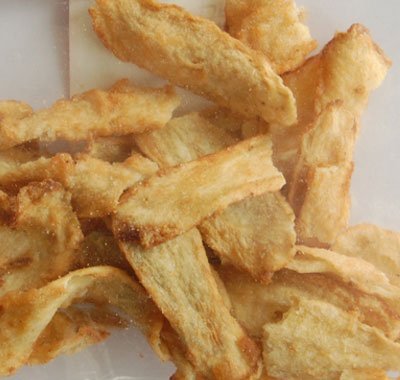 Though growing in its wild state hardly any animal except the ass will browse on this plant, the stalks, cut before the flower is open and stripped of their rind, form a delicate vegetable when boiled, similar in flavour to Asparagus, and also make a pleasant salad, eaten raw with oil and vinegar. Formerly they were sometimes candied with sugar, as Angelica is now. They are slightly laxative, but perfectly wholesome.

Here is a recipe from Hugh Fearnley-Whittingstall of River Cottage fame, for Dandelion and Burdock.  Follow the link for a video. 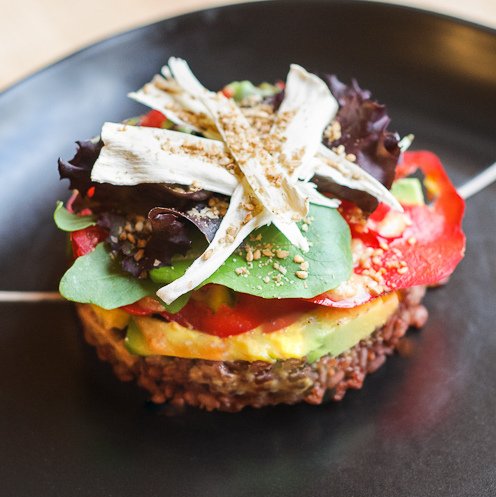 Scrub and finely slice the burdock and dandelion roots.
Put them in a large pan, pour on 2.5 litres boiling water and add the carragheen.
Boil for half an hour; experience the aroma of an unpromising vegetable stew.
Take off the heat, add 2 litres cold water, the sugar, treacle and lemon juice and stir until the sugar has dissolved.
Strain the liquid into a clean fermenting bucket, cover and leave to cool.
When your brew reaches room temperature, pitch the yeast.
Cover and leave to ferment for up to a week, until the specific gravity is down to 1010.
If you want to be safe, carefully siphon into strong swing-top bottles at this point.
The flavour of dandelion and burdock seems to follow a bell curve of: too sweet, horrible, really rather nice, horrible, poisonous – with the 'quite nice' occurring at the 3–4 week point and extendable by keeping it in the fridge.
The flavour is mildly bitter and pleasantly aromatic.

An older recipe I found uses the dandelion flowers, with all green parts removed instead of the roots.  The flowers are added to the boiling liquid at the end.  Brown sugar or molasses is used instead of the treacle.

Here is a recipe for Burdock Pyment - a type of mead brewed by monks as both a refreshing winter drink and a health giver.  It came from a book on brewing and wine making by J C Turner, written in the 1950s. 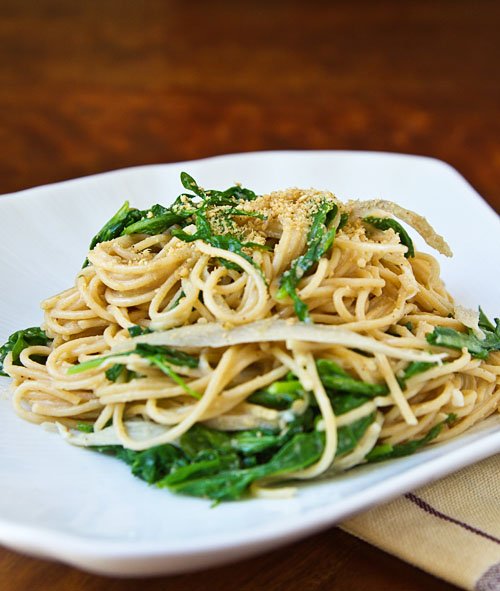 Mince burdock and boil for 1 hour in water.  Let burdock cool and strain through muslin into a bucket with a lid, squeeze bag to ensure all goodness is extracted.
When liquid has cooled to room temperature dissolve honey in it.
Add red grape juice, lemon juice and yeast - the yeast must be actively fermenting.
Place lid on bucket, but do not seal as fermentation can be violent at the early stage.  Leave for 4 days.
Strain into glass fermenting bottles, add air lock and cork, place in warm place for fermentation.  Fermentation will continue to be violent - check that cork has not been blown out from time to time.
Once all fermentation has ceased, decant into bottles and cork, rack.
Mature in the normal way.
This is best left for at least a year.

Note:  Honey contains neither acid nor tannin, this is why grape juice and lemons are added.  The burdock root is also slightly acidic. 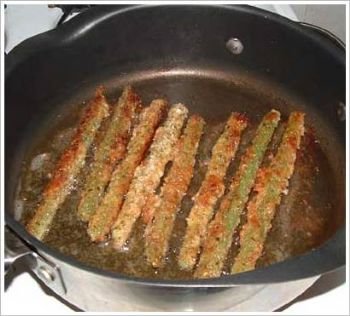 As with most of the other mead recipes presented on this site, this recipe has been gauged to make 5l of mead. Only a basic listing of ingredients is given, and for a brewing method please see this page for a step-by-step guide. Also see this page for a list of the equipment you'll need.

Only collect burdock roots just as the leaves begin to emerge. Clean the roots thoroughly then chop into small pieces. (Note that dandelion roots are very bitter, always add more burdock root that dandelion root). Add to 2.5l of water, bring to the boil and allow to boil rapidly for 20 minutes. Add the honey and black treacle and allow to dissolve. Take off the heat, add the lemon juice and yeast starter then strain to remove the solids. Add the remaining water and the yeast. At this point you can return to following the instructions given in the basic extract brewing page to make your mead. What you get here is a very 'short' mead that needs to be drunk quickly and this is why it is often termed a 'beer'. 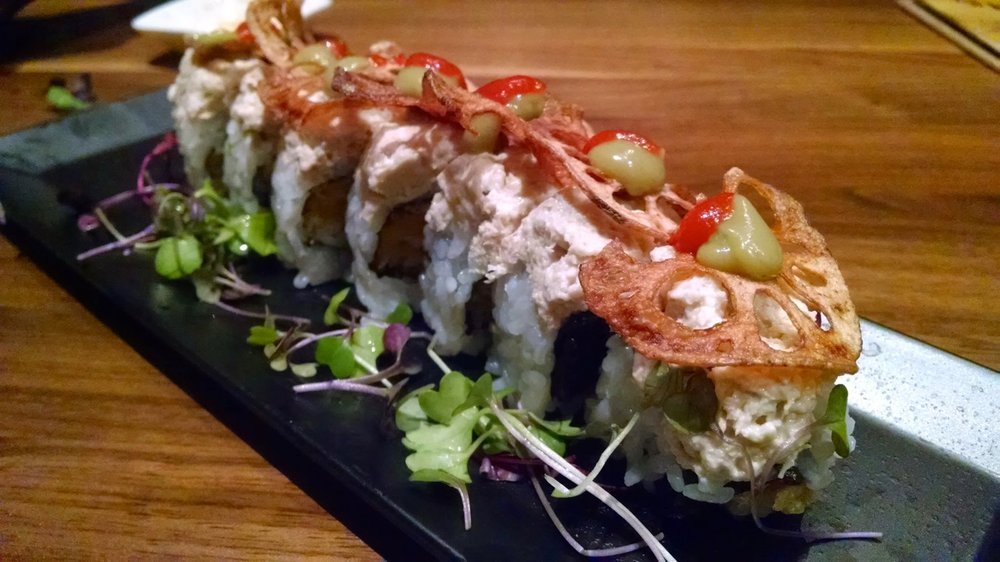 Burdock is also a constitient of Yinqiaosan, which has its own entry in the site.