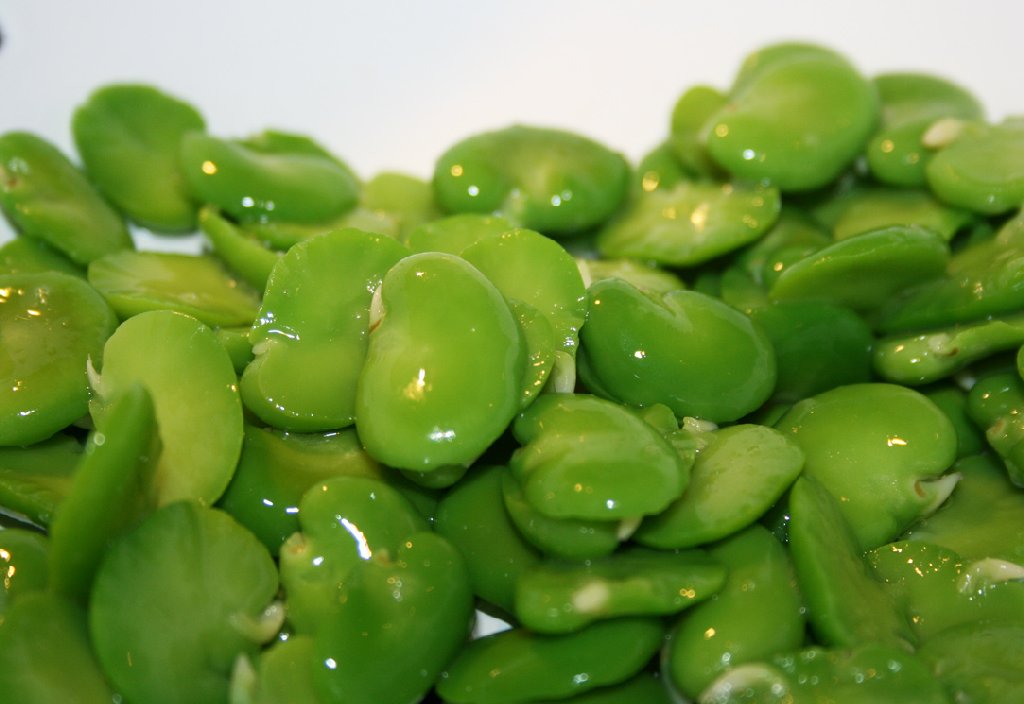 The term "fava bean" (from the Italian fava, meaning "broad bean") is used in some English-speaking countries such as the US, but "broad bean" is the most common name in the UK, Australia and New Zealand.

Broad beans have a long tradition of cultivation, being among the most ancient plants in cultivation. Along with lentils, peas, and chickpeas, they are believed to have become part of the eastern Mediterranean diet around 6000 BC or earlier. They are still often grown to fix nitrogen in the soil.  The allotments of both war time England and after the war were awash with broad beans, every plot had them, because they were delicious, relatively easy to grow [apart from the black fly] and helped the soil in the 'allotment rotation system'.

Broad beans are delicious steamed, but a high point, when my father grew vegetables, was to have young broad beans steamed and then added to parsley sauce [fresh parsley chopped and a simple white sauce made with milk].  This was served with boiled ham. 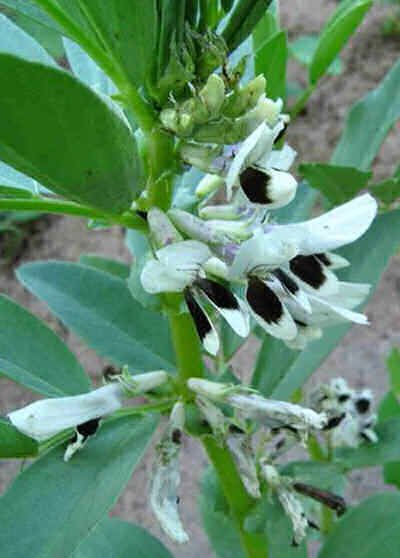 The broad bean plant can greatly vary in height depending on variety.  Dwarf broad beans – good in windy areas - may only be half a meter in height, but there are some that can be almost as tall as a small woman.  They usually need staking if they are tall.  The flowers can be red [rare] or white and have the most glorious scent.  One of my childhood memories is of driving past broad bean fields in the Fens and revelling in the scent wafting towards us.  Bees and insects as a consequence love broad beans, and broad beans have suffered from the demise of bees.  The beans themselves can be found in a leathery pod, which is green maturing to blackish-brown, [at which point the beans are almost inedible].  The beans can be green or white and are cushioned within the pod by a soft downy interior. 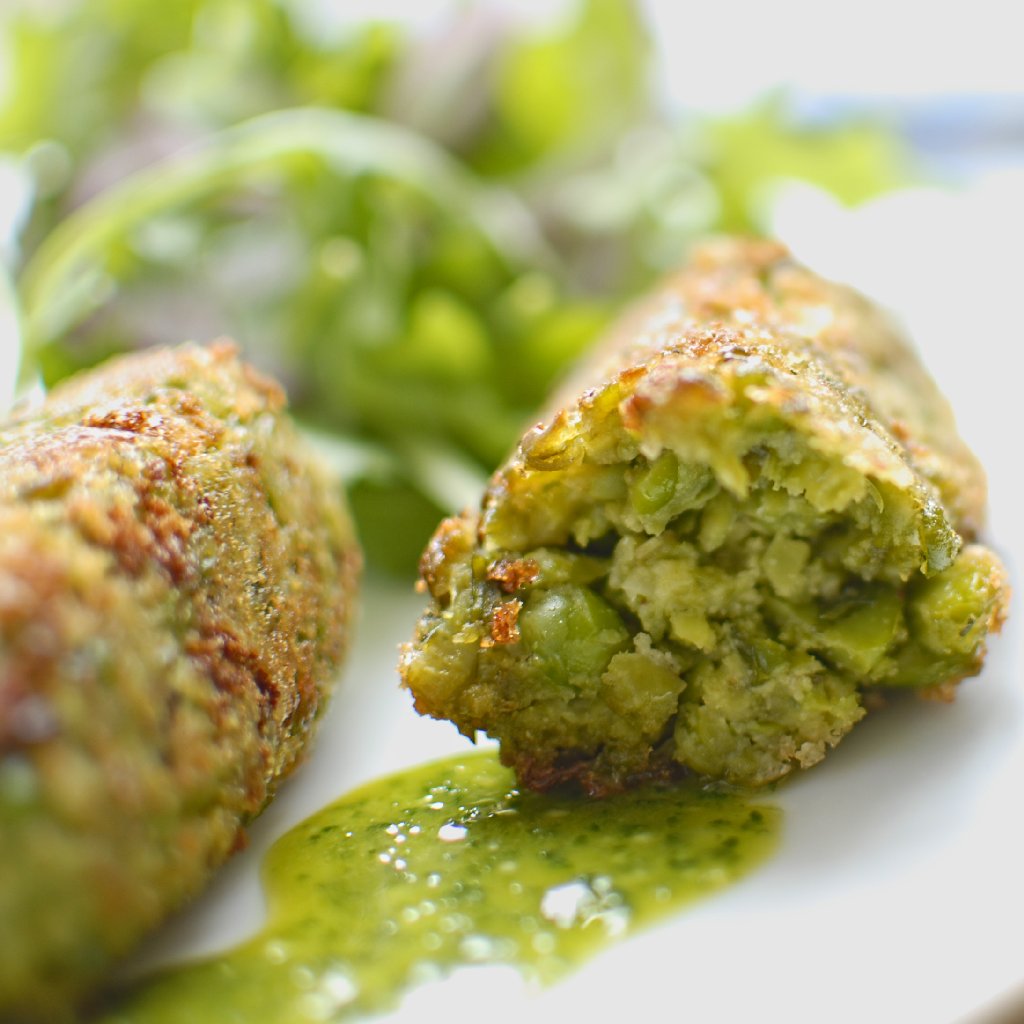 They are an immensely useful crop as being a legume, they fix nitrogen in the soil.  They can be grown in soils with high salinity, and a wide range of pH values (4.5–8.3) as well as in clay soil. However, they do prefer rich loams. The beans are certainly more nutritious and tasty when they have been grown in soil that has been mixed with well rotted manure or garden compost.

Beans can be planted in autumn to overwinter and become as a consequence more resilient to black fly and some of the fungal diseases.  Sown in November, seeds will germinate within two to four weeks and young plants should overwinter and recommence growth as soon as conditions are favourable in spring

Beans can also be sown in pots under cover in February for planting out in spring or direct into the ground in March, April and even early May, for harvests throughout the summer. Pot-raised plants are especially useful where soils are wet or rich in clay (as these soils can lead to seeds rotting in the ground).  A foot between plants and two feet between rows. 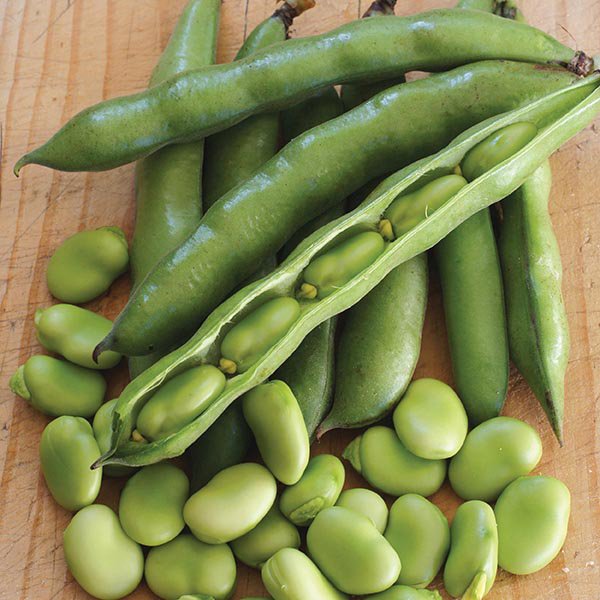 The main disadvantage with broad beans is the number of insects and fungal infections they seem to attract.  They are far more resilient in nutrient rich, free draining soils and when allowed to over winter.

Broad bean plants are highly susceptible to, for example black bean aphid, Aphis fabae, and a wide variety of other aphids as well as spider mites, thrips and leaf miners; aphids in particular don’t like being drenched with water mixed with washing up liquid – whether this is an ecologically sound solution I don’t know, but it worked for my Dad.

Faba bean rust, also called Broad bean rust, is one of the most common fungal pathogens affecting broad bean leaves. Chocolate spot fungus, is also a common fungal pathogen as is powdery mildew, and downy mildew. Emergence of all the fungal diseases is favoured by warm, humid conditions; poor soil quality especially low levels of potassium and phosphorus in the soil; and overcrowded plants that limit air circulation. 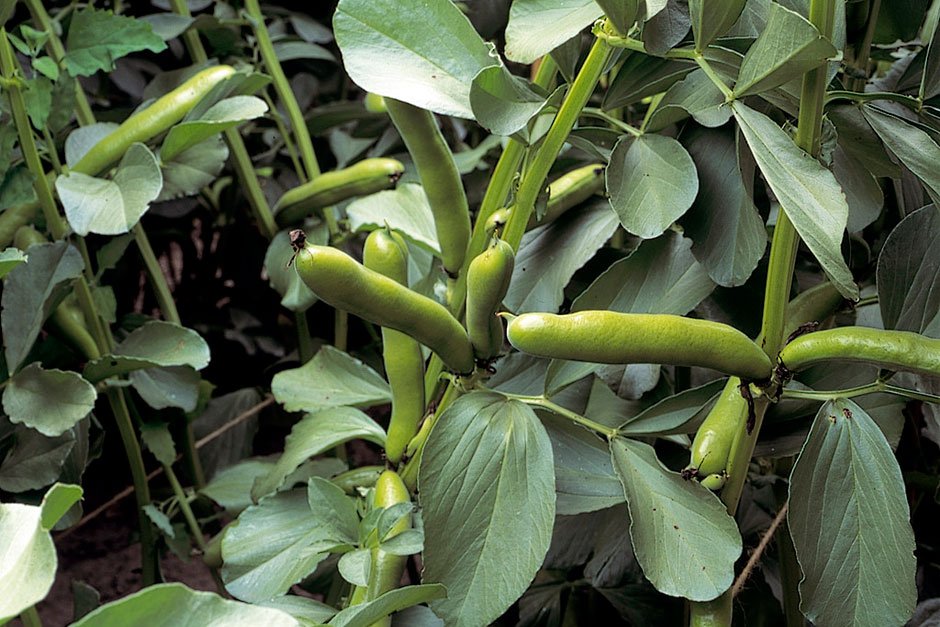 Medicinal use and nutrients

Broad beans have a range of health benefits that are little known and little publicised.  A short summary is provided below, however, Dr Duke’s phytochemical database is worth exploring to see the 580 or so medicinal activities that the broad bean possesses.  An observation is also provided which gives you a snapshot of those activities on a certain date.

Broad beans are rich in L-dopa, a substance used medically in the treatment of Parkinson's disease. An Italian scientist first isolated the chemical levodopa from seedlings of the fava bean in 1910-1913, finding that the beans are a natural source of levodopa. Today, the concept of DA replacement with levodopa is uncontested, with levodopa being the "gold standard" of modern treatment of PD.  The activities and other chemicals contributing from Dr Duke’s database are shown below:

Broad beans have natural pain killing and anti-inflammatory activity, they also have a mild sedative and relaxing effect. A range of chemicals help with various skin problems including the following:

Broad beans have a wide range of activity to help those with heart problems, for example:

However, additional activity appears to be obtained again from the presence of L-DOPA

Dopamine (DA) is known to increase diuresis through its action on renal dopaminergic receptors.  Vicia faba (Vf) is a ubiquitous plant rich in easily absorbable L-DOPA. .. We suggest that Vf might be of value in treating conditions such as hypertension, heart failure, renal failure, and liver cirrhosis in which natriuresis and diuresis are medically beneficial.  PMID: 9225606

We have an observation that shows that broad beans were traditionally avoided in traditional Iranian medicine if one had depression.  By contrast, Dr Duke’s database shows chemical content that is both anti-anxiety and anti-depression.  Given the number of minerals, vitamins and amino acids that broad beans also contain, we consider Dr Duke’s analysis to be closer to the true picture, however, we wonder whether the Iranian classification was due to the favism in that country 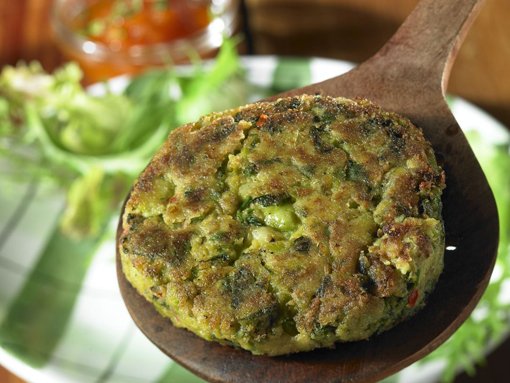 Broad beans are extraordinarily nutritious.  Along with the minerals and vitamins shown below they also supply the following amino acids. HISTIDINE , ISOLEUCINE , LEUCINE , LYSINE , METHIONINE , THREONINE , TRYPTOPHAN , VALINE.  In many cases, the health and healing activities are due to the nutrients they possess.

Broad beans are a good source of minerals like iron, copper, manganese, calcium, magnesium. At 1062 mg or 23% of daily recommended levels, they are one of the highest plant sources of potassium. 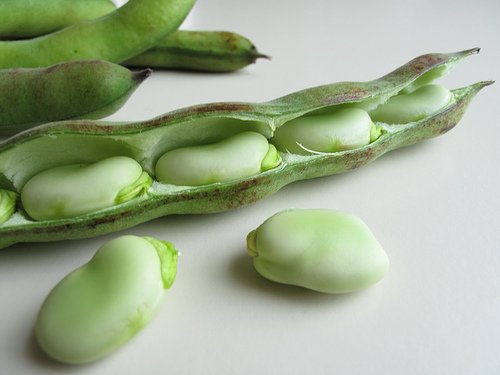 Although broad beans are generally a healthy food, there is one case where care must be taken.  Favism is a disorder characterized by a ‘haemolytic reaction’ to consumption of broad beans,  that is, the person gets anaemia. Its name is derived from the Italian name of the broad bean (fava).

According to Wikipedia, G6PD deficiency is “estimated to affect 400 million people worldwide. The highest prevalence rates (with gene frequencies in the range of 5 to 25 percent) are found in tropical Africa, in the Middle East, in tropical and subtropical Asia, in some areas of the Mediterranean, and in Papua New Guinea… The remarkable geographic correlation between the prevalence of G6PD deficiency and the past and present endemicity of Plasmodium falciparum malaria strongly suggests that the former confers resistance against the latter. ”. 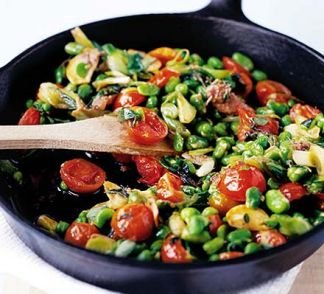 Broad beans are eaten while still young and tender, enabling harvesting to begin as early as the middle of spring for plants started under glass or overwintered in a protected location, but even the main crop sown in early spring will be ready from mid to late summer. The immature pods can also be cooked and eaten.

Broad beans are widely eaten all over the world, as a salted snack, dips, in stews, in salads, in soups and other dishes – including wholly vegetarian dishes as they are a source of protein.  Gulban , for example, is made of peeled, half beans cooked with other grains such as wheat, peas and chickpeas and eaten as a vegetarian main meal.   In the Sichuan cuisine of China, broad beans, also known as Sichuan beans (川豆 chuāndòu) are combined with soybeans and chili peppers to produce a spicy fermented bean paste called doubanjiang.

Fūl is a very well known dish known throughout the Middle eastern.  There are different versions.  Egyptian fūl for example tastes different from the Lebanese-Palestinian version.  The beans are cooked whole with their skins until soft, usually mashed, salted and then either eaten with a sauce or eaten plain.  The dish may be made with dried beans in which case the beans are pre-soaked.  It may be accompanied by olive oil, butter, samna (clarified butter), buffalo milk, béchamel sauce, basturma (pressed and dried beef fillet seasoned with cumin, garlic, and other spices), fried eggs, tomato sauce, garlic sauce, tahini, fresh lime juice, or other ingredients.

One of the novel uses for broad bean flour is to make gluten free pasta.  :

Corn-broad bean spaghetti type pasta was made with a corn/broad bean flour blend in a 70:30 ratio, through an extrusion-cooking process.  The extrusion-cooking process, at M=28% and T=100°C, is appropriate to obtain corn-broad bean spaghetti-type pasta with high protein and dietary fibre content and adequate quality. The cooking characteristics and resistance to overcooking depended on the degree of gelatinisation and formation of amylose-lipid complexes. The critical gelatinisation point was 46.55%; beyond that point, the quality of the product declines.  PMID:  23122095 The large spring roll rice-paper wrappers are the ones to use here. They are available from Chinese and Vietnamese food shops and larger supermarkets. The rolls make much better eating if the beans are skinned. 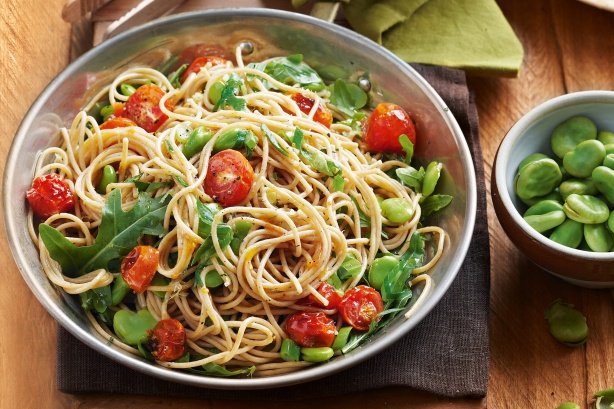 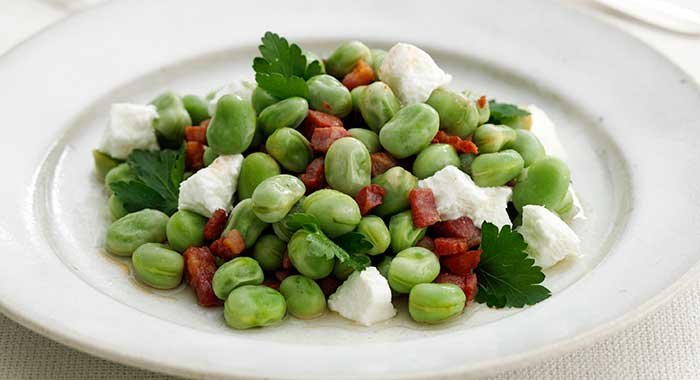