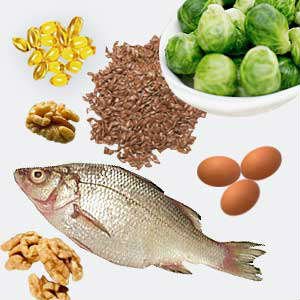 α-Linolenic acid (ALA) is an essential omega 3 fatty acid found in seeds, nuts (notably walnuts), and many common vegetable oils. An essential fatty acid (EFA) is so called because it cannot be produced within the body and must be acquired through diet. Linoleic acid is also an EFA, but it, and the other n−6 fatty acids, compete with n−3s for positions in cell membranes and have very different effects on human health.

There must be more papers than most people have had hot dinners on the health benefits of ALA. Some papers claim that α-linolenic acid is related to a lower risk of cardiovascular disease, some papers claim that it reduced anxiety and stress levels, some studies frightened people silly by claiming an association between ALA and prostrate cancer.

The studies are actually silly. It depends on whether you need it as to whether it does you any good. Have too much of it and indeed, as it helps the body produce cells you could knock the balance overboard, but lets face it how many walnuts can a person consume?

Ultimately it helps the body heal itself – all those cells damaged by viruses, toxins, bacteria, poisons, pharmaceuticals, heavy metals, noxious gases and unpleasant foodstuffs. The more damaged you are, the more you can probably do with, but taking supplements is not necessarily going to be of any help – better to go for the source.

“Alpha-linolenic acid, ALA, the plant omega-3, is the dietary precursor for the long-chain omega-3 PUFA eicosapentaenoic acid (EPA), docosapentaenoic acid (DPA), and docosahexaenoic acid (DHA). Studies in normal healthy adults consuming western diets, which are rich in linoleic acid (LA), show that this supplemental ALA raises EPA and DPA status in the blood and in breast milk. However, ALA or EPA dietary supplements have little effect on blood or breast milk DHA levels.  PMID: 19269799”. 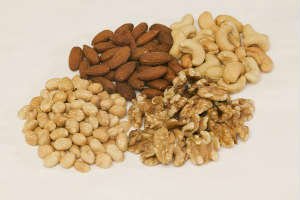 Seeds and nuts are the richest sources of α-linolenic acid, notably those of chia, perilla, flaxseed (linseed oil), rapeseed (canola), and soybeans. Alpha-Linolenic acid is also obtained from the thylakoid membranes in the leaves of Pisum sativum (pea leaves).

It is better to use the seeds rather than the oils from the seeds if you can. Alpha-linolenic acid is relatively more susceptible to oxidation and can become rancid.

SEEDS - The table below shows the  %ALA for the oil in each seed.

EPA and DHA can also be consumed from a direct source.  The following table lists foods which contain EPA and DHA fatty acids, it shows Grams of omega-3 per 3oz (85g) serving.