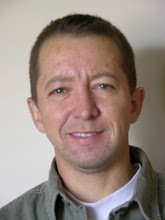 The extract is from his own biography

Born in Bountiful , Utah in 1974, Seth Winegar began studying oil painting at the age of twelve. He served an LDS mission in Cleveland, Ohio, then continued to paint on his return. Born with cystic fibrosis, Seth received a double lung and liver transplant in Pittsburgh, PA in March 2006. Now able to breathe on his own, Seth continues to paint as a well-respected Utah artist.

Seth began his formal art training by diligently studying with wildlife painter, Michael Coleman.  He then attended numerous workshops and classes at the Scottsdale Artist’s School, studying with artists Sherry MacGraw, Richard Schmidt, Jim Wilcox and others. He has also taken classes at Utah State University.

He has now established a successful career as an artist and has become known for his landscape and still life scenes.

In painting these subjects, Seth has concentrated on honing his powers of observation, especially as it concerns color, texture, form and composition.  They are deep in rich, thick oil strokes.  In some sections they are detailed studies of the subject, then flow into lose imaginative segments demonstrating Winegar’s love of juxtaposition and glazing. You will find his paintings to be freshly vivacious, filled with tonal rhythms and dramatic movements, not often seen in the work of such a young artist.
“I want to capture the spirit of the scene.  If a painting is truly alive, it has to have a spirit, right? The goal is trying to attain immediate intimacy.  That is what I am trying to do,” explains Winegar.

When asked why he paints, Winegar responds
“That’s like asking me why I breathe…it is instinctual.”
He likes to capture subtleties in his oils through the study of opposition.  The play of light and shadow, warm and cool tones, dramatic and diminutive are all detailed in his work.
“I love to explore the nuances. Life is incredibly complex, but when you break it down and really look at it, it is quite simple, filled with small subtleties,” Winegar explains.