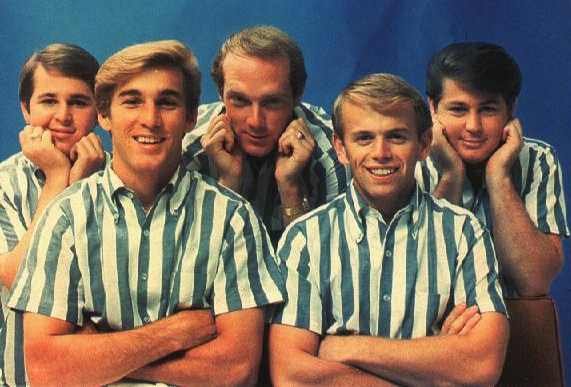 Brian Wilson (born June 20, 1942) is an American musician and the leader, lead vocalist, bassist and chief songwriter of the Beach Boys. Besides being their primary composer, he also functioned as the band's main producer and arranger. After signing with Capitol Records in mid-1962, Wilson wrote or co-wrote more than two dozen Top 40 hits for the Beach Boys. 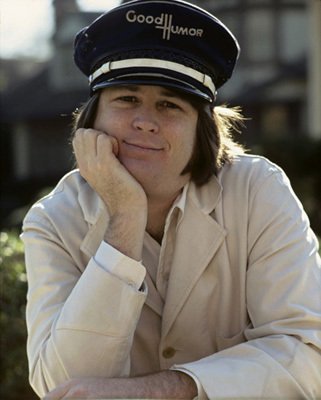 Brian and his brothers Carl and Dennis Wilson, with Mike Love and Al Jardine, first appeared as a music group in the summer of 1961, initially under the name The Pendletones. Their first song 'Surfin' was released on the small Candix Records label.  However,  Candix changed their name to the Beach Boys, so the Beach Boys they stayed.  Over time, Brian became known for his unique use of vocal harmonisation,  and incessant demands on the studio leading to his being called a perfectionist.

Where did his inspiration come from?  Brian Wilson's father told of Brian's unusual musical abilities, observing that even as a baby he could repeat a melody after only a few verses.  Furthermore, at an early age, Brian was singing solos in church,  school and home and playing the piano obsessively after school.  So we have here a right brained baby.  Brian was discovered to have extremely diminished hearing in his right ear and theories range from Brian's simply being born partially deaf, to a blow to the head from his father, who was often abusive.  So we might add brain damage to the equation. 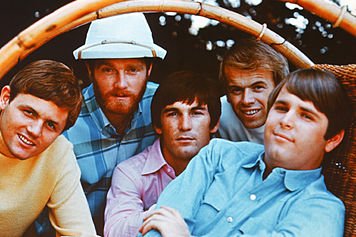 Brian proved to be an almost manic songwriter and song producer but such non-stop creativity took its toll.

On board a flight from L.A. to Houston on December 23, 1964, Brian had a nervous breakdown.  Wilson stopped performing live with the Beach Boys, but increased his concentration on his songwriting and studio production.  And it is at this point that he began work on the new project, Pet Sounds.  Upon hearing what Wilson had created the rest of the Beach boys were hesitant.
"They thought it was too far-out to do, you know?... But then when it was all done, they liked it. They started liking it."

The album was released May 16, 1966 and, despite modest sales figures at the time [always a good sign], it is now described as “among the all-time greatest albums”. Although the record was issued under the group's name, Pet Sounds is arguably seen as a Brian Wilson solo album.  It is probably the most inspired album he did. 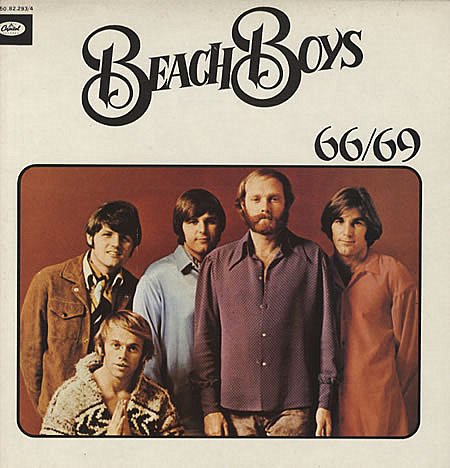 And this is not all.  During the creation of the songs for Pet Sounds, Wilson had been working on another song, which was held back from inclusion on the record as he felt that it was not sufficiently complete. The song was  "Good Vibrations" which  set a new standard for musicians and for what could be achieved in the recording studio. Recorded in multiple sessions and in numerous studios, the song was released in October 1966 as a single, giving the Beach Boys their third U.S. number-one hit . It sold over a million copies.

Brian's next project was 'Smile', “which collaborator Van Dyke Parks would describe as a ...teenage symphony to God."  Together Parks and Wilson collaborated  on "Heroes and Villains", "Surf's Up", "Wonderful", "Vegetables", and "Mrs. O'Leary's Cow". Wilson recorded backing tracks, largely with session musicians, through the winter. Over Christmas of 1966, however, problems within the group [which included the callup of Colin Wilson to the military]  threw the project into terminal disarray. Originally scheduled for release in January 1967, the release date was continually pushed back until press officer Derek Taylor announced its cancellation in May 1967.  Smile would have been, if released, as inspirational as his earlier work. 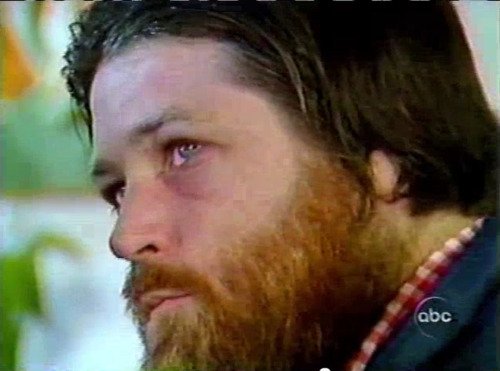 Still psychologically overwhelmed by the cancellation of Smile, the looming financial insolvency of the Beach Boys, as well as a lawsuit with Capitol records over royalties, Wilson was persuaded by his 'friends' to use cocaine.  It destroyed him.  Not long afterwards, Wilson entered a psychiatric hospital.

In 1969 and 1970, Wilson's health temporarily stabilized. He made concert appearances, and also resumed writing and recording with the Beach Boys at a brisk pace; seven of the twelve new songs on the 1970 album Sunflower were either written or co-written by Wilson. The album was a failure. 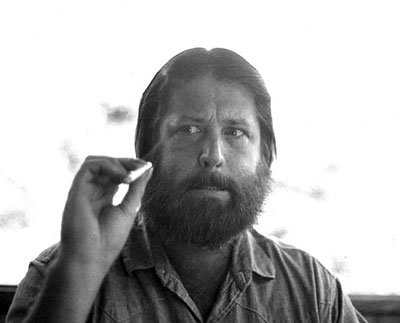 During this phase, Brian also wrote—with his father —the autobiographical song, Break Away. The song's lyrics explicitly allude to the depression and aural hallucinations that would hamper Wilson's health in the decade to come.  After alleged opposition to the dark lyrics of one of his contributions, the autobiographical " 'Til I Die", Wilson bowed out from the Beach Boys next album.  Only one fully formed original song from Wilson emerged during the album's  recording sessions, “the dirge-like A Day in the Life of a Tree".  And this sad decline continued.  “By way of explaining Brian's variable input, Carl Wilson told Musician magazine in 1981 that his brother had become seriously addicted to cocaine”.  Except that this was not quite the right interpretation, as we shall see.

Wilson spent a great deal of the two years following his father's June 1973 death secluded in the chauffeur's quarters of his home; sleeping, abusing alcohol, taking drugs and overeating. During this period his voice deteriorated significantly as a result of his mass consumption of drugs and incessant chain smoking. Ironically, during the summer of 1974, the Beach Boys  'greatest hits' compilation Endless Summer reached number one on the Billboard charts. 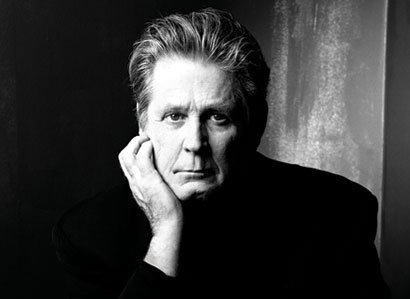 At this point I am sure you are tut tutting and saying, well drugs, pop groups, but these drugs were pharmaceuticals and they were the ones Brian had been prescribed for his nervous breakdowns in the mental institutions.  In effect, Brian had been turned into a prescription medicine addict by his doctors, just like Michael Jackson and a host of other Americans like Howard Hughes.  One of the principle culprits was barbiturates.  Brian Wilson wasn't a drug addict, he was a pharmaceutical addict and he hadn't been one before he entered hospital. 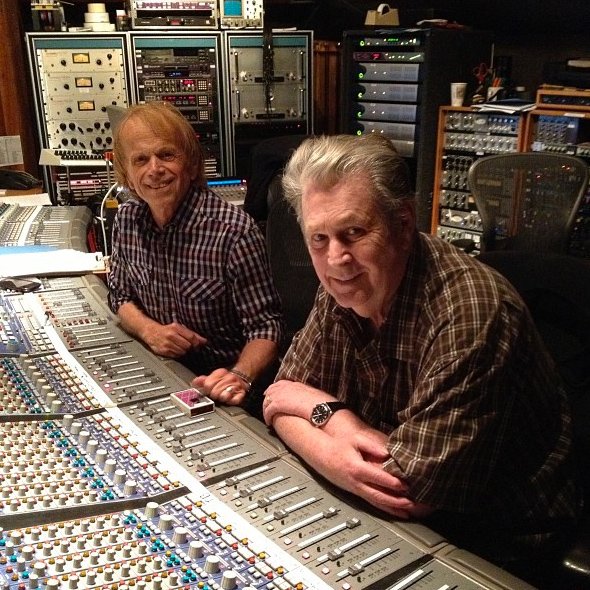 Horrified by his continued deterioration, the Wilson family enlisted the services of 'radical therapist' Eugene Landy in October 1975.  Wilson was under Landy's care for fourteen months until December 1976.   Landy diagnosed Wilson as paranoid schizophrenic and prescribed medication.  More medication.  And the treatment worked – for a while.  A new album was proposed, Brian wrote again and  the result was an amalgamation of oldies and some new songs. But, throughout the next five years, Wilson vacillated between periods of relative stability and resurgences of his food and drug addictions.

By 1982, Wilson weighed over 325 pounds and was again immersed in his addictions. Eugene Landy was once more employed, and a more radical program was undertaken to try to restore Wilson to health. This involved "firing" him from the Beach Boys in November 1982, isolating him from his family and friends, and putting him on a rigorous diet and health regimen. Coupled with long, extreme counseling sessions, this therapy was partially successful. As Wilson's recovery consolidated, he rejoined the Beach Boys for Live Aid in 1985. 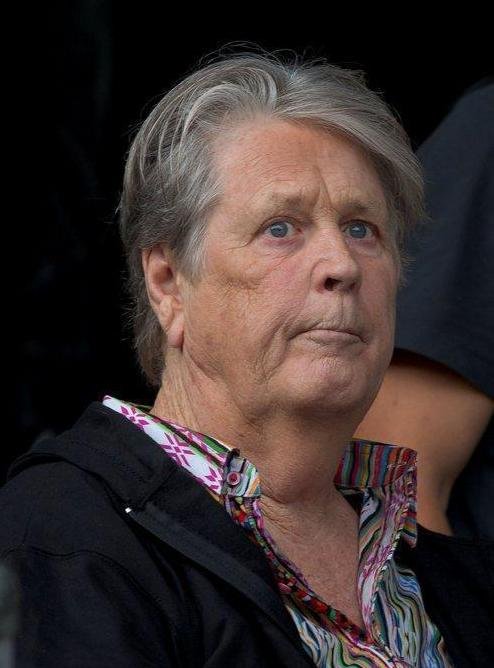 But Landy used antipsychotic drugs in his treatment of Wilson.  By 1989,  rumours abounded that Wilson had either suffered a stroke or had been permanently disabled due to excessive drug use.  But the actual problem was that Wilson, who had been prescribed massive amounts of psychotropic drugs by Landy's staff since 1983, had developed tardive dyskinesia, a neurological condition marked by involuntary, repetitive movements, that develops in a large number of patients treated with anti-psychotic drugs for a long period of time.  Landy's illegal use of psychotropic drugs on Wilson, and his influence over Wilson's financial affairs was legally ended by Carl Wilson and other members of the Wilson family after a two-year-long battle in Los Angeles. By this time, however, Wilson had been diagnosed with true schizoaffective disorder (bipolar type). 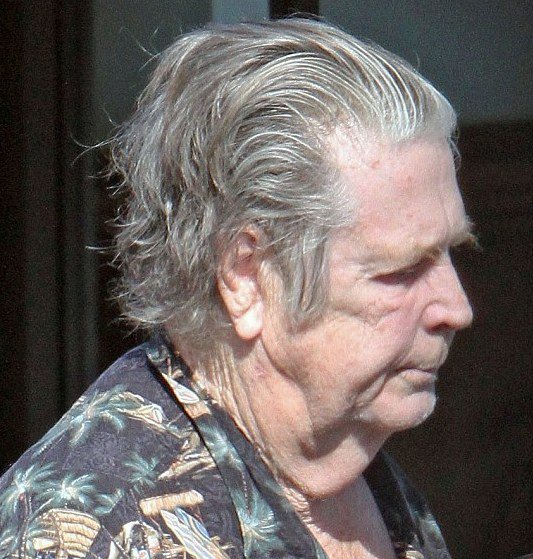 A slow process of recovery began.  But the man who emerged was not the same man who entered this hellhole.  After 44 years, Wilson did oversee the official Beach Boys release of the original, partially completed Smile recordings as a compilation titled The Smile Sessions. It was released on October 31, 2011.  But these days, Wilson has devoted most of his time to charity.

He has appeared on TV, performing "Deck the Halls" for children with xeroderma pigmentosum.  In 2005, Wilson performed for the Live 8 concert in Berlin, Germany.  In September 2005, Wilson arranged a charity drive to aid victims of Hurricane Katrina.  He works with Disney on albums such as Brian Wilson Reimagines Gershwin and  In The Key Of Disney, a collection of classic Disney movie songs  “This album was especially memorable for its inclusion of Wilson's version of When You Wish Upon a Star”.

Wilson is set to release an autobiography to be published in the autumn of 2015. 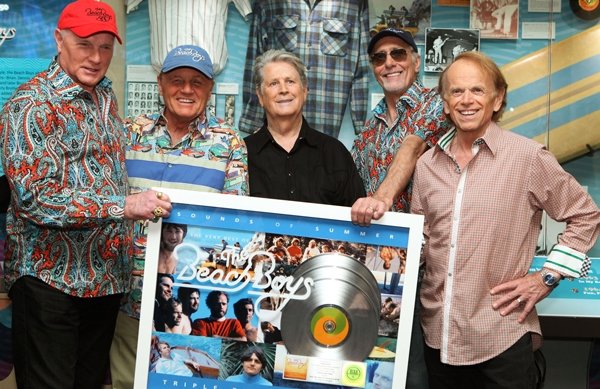