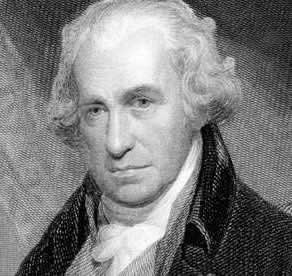 James Watt was born in Greenock in 1736, the son of a ship's chandler (trader in canvas, etc). Watt had little formal education due to poor health in his youth, but pottering about in his father's shop he developed an interest in trying to make things "work like clockwork".

In his late teens he went to London to learn to be a "mathematical and philosophical instrument maker", and when he returned to Glasgow he got a job making instruments with Glasgow University, who gave him accommodation and a workshop.

In 1763 John Anderson asked him to repair an early steam engine he had acquired. This early model, known as a Newcomen engine, was very inefficient. The cylinder (where the piston was) had to be heated when steam was admitted, and then gradually cooled again to condense the steam. This wasted a lot of time and fuel. 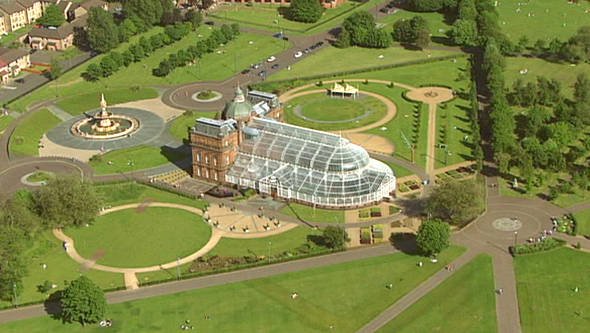 Two years later, while “wandering aimlessly through Glasgow Green” [Glasgow Green is a sort of park], Watt hit upon the idea of condensing the steam in a separate vessel. This removed the need for heating and cooling, making the engine faster, safer, and more fuel-efficient. A stone in Glasgow Green marks this spot, where the industrial revolution really began. (Later, in 1778 Watt presented Anderson with a micrometer he had designed and made, as a gesture of thanks.)

Nobody these days calls this a vision or 'inspiration', but that is what it was. 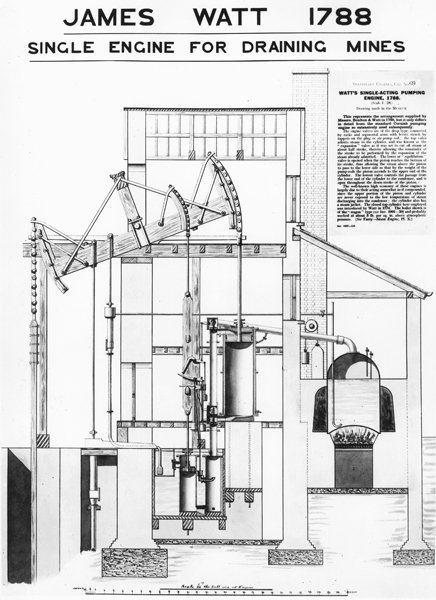 Watt went into business with Matthew Boulton, a Birmingham engineer, producing engines based on this new approach. Engineers from all the industrialised countries flocked to see their factories.

Watt's engines were initially used for pumping water from cornish tin and copper mines. Later, the new cotton mills, which had been built near fast-flowing rivers to take advantage of water power, almost all switched to steam.

Gradually, mills began to move toward the centres of population. At first, steam power was used mainly for spinning, but eventually weaving was also powered by steam engine.

By 1819, the year of Watt's death, there were 18 steam weaving factories in Glasgow, with 2800 looms. (This was excellent news for factory owners, but hundreds of unemployed handloom weavers were not so enthused.) The increased power-to-weight ratio of the new engines also permitted their use for marine propulsion - in 1788 a steam-powered catamaran was taken across Dalswinton loch by William Symington.

Despite his success, Watt was a rather insecure man, worried about competition and finances. When one employee of the company, a man named William Murdoch, experimented with high pressure steam engines, Watt discouraged him from patenting and continuing his work, even though his engines were potentially much better and smaller than the ones Watt himself had invented. Murdoch never patented his design, and returned to fixing Watt's own engines. (However, Murdoch did make another important contribution, to gas lighting.) 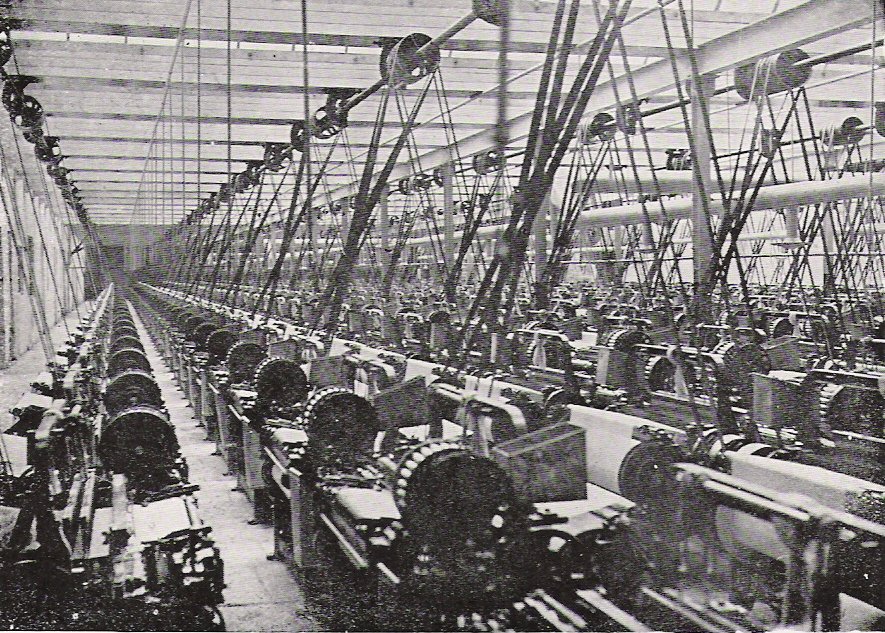 Apart from his steam research, which he originally carried out in the grounds of Kinneil House near Linlithgow, Watt was involved in many other projects. He solved the problem of how to convert the up-and-down piston movement to rotary movement (so that engines could power looms, bellows, and other mechanical devices), he created the term "horsepower", and he also invented the rev. counter, a machine for copying sculpture, and a letter copying press (a very early photocopier!)

When Watt retired in 1800, he had become a very rich man.

In 1882, 63 years after Watt's death, the British Association gave his name to the unit of electrical power - and today James Watt's name is to be found written on almost every light bulb in the world.

There is every reason to believe that Watts was genetically predisposed to have this level of inspiration.  He had all the characteristic genetic traits, a personality that was imaginative and spiritual in nature and scientifically inclined.  Until he retired, he was always much concerned about his financial affairs, and was something of a worrier. His health was often poor. He was subject to frequent nervous headaches and depression.  This makes him sound miserable and unsociable but he wasn’t, he was a very friendly genial man.  His parents were both  Presbyterians and ‘strong Covenanters’ .  Watt's grandfather, Thomas Watt, was a mathematics teacher.  Despite being raised by religious parents, he later on became a deist.  Humphry Davy said of him:

Those who consider James Watt only as a great practical mechanic form a very erroneous idea of his character; he was equally distinguished as a natural philosopher and a chemist, and his inventions demonstrate his profound knowledge of those sciences, and that peculiar characteristic of genius, the union of them for practical application.

The source for this information is Strathclyde university