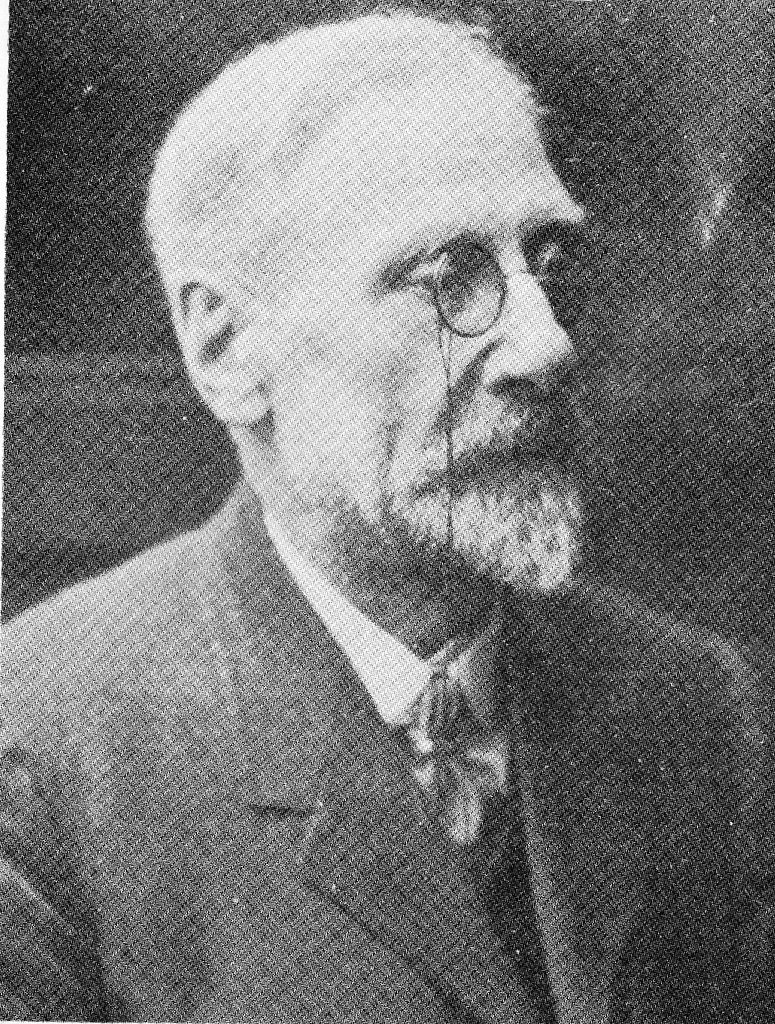 Alfred Watkins (27 January 1855 – 15 April 1935) was an English author, self-taught amateur archaeologist, antiquarian, inventor and businessman who, while standing on a hillside in Herefordshire, England, in 1921 experienced a revelation and noticed on the British landscape the apparent arrangement of straight lines positioned along ancient features, and subsequently coined the term "ley", now usually referred to as ley line.  In effect he was the re-discoveror of sacred geography.

Watkins was a member of the Society for the Protection of Ancient Buildings, an authority on beekeeping and a fellow of the Royal Photographic Society. He was also involved in the preservation of Pembridge, Herefordshire Market Hall.

Readers may be interested in a few biographical details of Alfred Watkins, and I regard these as being especially important, for they emphasise two points: that his interests involved more than just leys, and that he was a man of integrity.

He was born on27 January 1855. The school he attended was so bad that he had to educate himself. His father had several businesses, and after working in the brewery trade as a traveller he studied flour milling, and again became a traveller.

In 1886 he married Marion Mendham Cross and fathered two children, Allen, born 1889, and Marion a year later.  In public life he became a county councillor, a magistrate, schools governor, hotel director, and spoke for the Liberal cause.

His photographic inventions were many and he was president of the Royal Photographic Society in 1908, and was made a Fellow of the Society in 1910. He also created a perfect form of brown bread. He kept bees, did conjuring tricks, and was a proficient skater.

Alfred Watkins applied logic to whatever interested him, and his researches into the ley system were carried out accordingly.  However, the vision which led him to the alignments was something of an embarrassment, as revelations are not yet regarded as scientific.

In fact he was a gifted psychic, but after childhood experiments he repressed it in favour of reason - until he was given no choice on 30 June 1921.

Watkins was a much respected photographer and inventor of photographic equipment. He made cameras himself and manufactured an exposure meter called the 'Watkins Bee Meter' due to its small size and efficiency. An example is in the Museum Resource & Learning Centre, Hereford, and one accompanied Robert Falcon Scott to the South Pole. He was an active member of the Photographic Convention of the United Kingdom and served as its President when the Convention was held in Hereford in 1907. In 1910 he was awarded the Progress Medal of the Royal Photographic Society (RPS). Over 3,000 photographs, taken from Alfred's original glass negative plates are held by Hereford Library and can be viewed on request.

The greatness of Watkins is not just his vision, but the untiring manner in which he sought to confirm it for everyone. No one could have tried harder or been more painstaking in noting the features and writing about them.

His insight and verve were enormous. We owe him a great debt for making his vision so clear, and for not allowing the derision of detractors to create doubts or cause him to lessen the will to make his discovery public. Nevertheless it cannot be stressed too strongly that the placing of stones, piling up of earth and planting tree clumps in alignments was not to provide a trackway system, even though parts were undoubtedly used as such, but the programme was carried out to mark, and maybe manipulate, the subtle earth current.

Watkins himself was mystified when he noted that leys would climb precipices where the easiest route would be elsewhere, would cross rivers where shallower reaches existed upstream or downstream, go through bogs, were duplicated in close proximity, and crossed lakes.

According to his son Allen Watkins, the founder of ley hunting was a man with his feet firmly on the ground, but with something of the psychic in his make-up.

Allen Watkins told me that since 1925 he had believed the leys to have a great deal to do with traditional occultism. Alfred Watkins was fond of quoting passages from the Bible dealing with the straight and narrow, so we might suppose that he had more than an inkling of a spiritual attribute to leys. 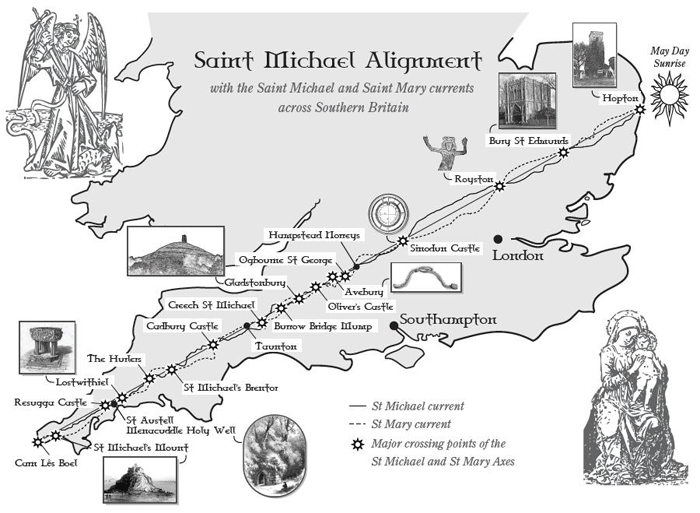 We have numerous extracts from his books on the site as explanations for various concepts of sacred geography.  We have also placed information about sacred geography features collected by Alfred Watkins under the mystic system to which they relate.  For example, there is an entry for Ugandan ley lines, but we have placed it under the African tribal entry, as the ley lines belong to this system.  Thus we have drawn far more from his work than is apparent in the observations here.