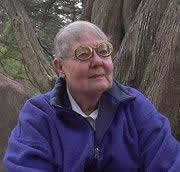 Dorothy Walters is a late middle-aged, Midwestern college professor whose only real contact with spiritual experience had been once via the drug amyl nitrate.

I had been to a party and there - for the first and only time in my life - have sampled amyl nitrate. ("Go ahead," they urged. "This is very mild. It absolutely can't hurt you.") So I, stranger to drugs of any kind, one who "gets high" on a few cups of coffee or two glasses of beer, agreed to "try it," not realizing that it would, rather, "try me." Whether we smoked or inhaled or drank it – I scarcely recall now. Something was passed around. Surely we pressed a vial to our nostrils and inhaled, as if our noses were stopped up, as if we were asthmatic”.

And she had a vision, but she never wanted to go that route again. 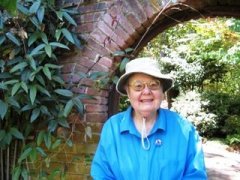 She is a lesbian and had had a series of awful love affairs which had reduced her to a very vulnerable state. Failed love affairs can be extremely effective at setting you off down the spiritual path. Dorothy was at a truly low ebb as a result of her lover’s departure, when she was given a kundalini experience.  The break-up was but one of many break-ups she had had, but which was, in some senses, the straw that broke the camel’s back.

Dorothy Walters – Unmasking the Rose
This is one of the most painful and potentially rewarding of all paths. It is a high risk venture.  Like the figure of the Merkabah (throne chariot) rider, the soul may leap instantaneously into heaven or be totally annihilated.
The danger is that the soul will fasten on the beloved in its material manifestation - the body the personality - and fail to grasp the underlying significance of the event.  The soul is opened up through love. Every experience becomes more intense, more sensory, sensual, emotional. This prepares the mind to open, to pierce the veil of illusion, or, rather, to allow the outer to become inner, the impulse to manifest as perception.
The ultimate aim is to still the soul. By agitation, tumult, even frenzy - to come to a still place, proof against all distress.  Until this stage is successfully passed, there can be no movement on to the path of the sage.
Perhaps the lovers write a common script beforehand, in order to help one another. Bargains are struck, promises made.  Each seeks to obtain that lesson it needs……….To gain what I most treasured – divine love as palpable presence – I was forced to surrender that which I most treasured – human love at the center of my life. 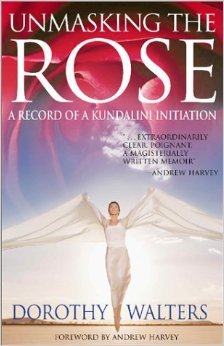 So, her principle experiences appear to have been triggered by both grief and unrequited love.  But the actual crowning experience came when she was focusing intently, but without really thinking, on an image of Hinduism's Shiva and Shakti in union. Thus unconsciously practising one of the suppression techniques based on contemplation.

Almost instantaneously, I felt a great surge of ecstatic energy in the lower chakras and then, within seconds, this intense force rushed upward and into my head. My very crown seemed to open in rapture, and for many minutes, I felt the energies of the unseen immensity flow in, as if petal after radiant petal were unfolding in my crown.

Her most famous book is probably the Unmasking of the Rose, which narrates her ‘awakening’ via this kundalini energy.  After her initial awakening, she took up yoga and meditation with a vengeance and this probably continued to fuel the flames – though not always helpfully.  She has also written books of poetry on the experience - Marrow of Flame: Poems of the Spiritual Journey.

Although she puts a positive slant on her experiences, it is clear that they frightened her, partly because they were an unknown to her and partly because she had no idea how to handle them.  Walters's journal-based story spans years to chronicle what her publisher calls “a sublime ecstasy and pain as she strove to balance the kundalini intensities in her body and psyche”. Mostly pain. 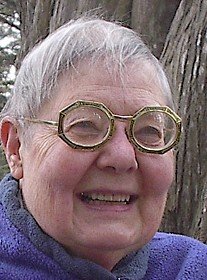 Dorothy Walters – Unmasking the Rose
But I long for something gentler to live with.  I do not wish to experience a full kundalini rising each time; it is too powerful, too overwhelming. And there are other negative aspects to the experience. I was most uncomfortable going out to dinner Friday evening. Being in a room full of people and noise created great chaos and confusion within. When I went to bed Friday night, I could not turn the current off. It became a source of dismay, not joy. I woke about 3 am  with a terrible pain in my coccyx, which has been sore off and on for two or three years. I couldn't get back to sleep. Internal lights may have been flashing. I got up and stayed up till dawn.

The account she gives is highly personal and very endearing, the loneliness of her state and the bewilderment is very clear.  Over time, she managed to find out more and thus began “an intensely personal and highly individual spiritual journey”, an effort praised by the author Andrew Harvey, who wrote the introduction to the book.