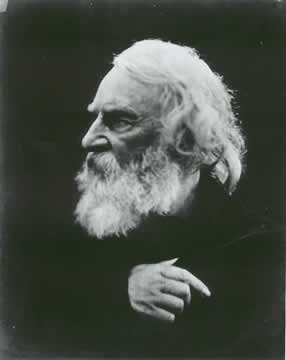 Henry Wadsworth Longfellow (February 27, 1807 – March 24, 1882) was an American poet and educator He was also the first American to translate Dante Alighieri's The Divine Comedy.

Longfellow was born in Portland, Maine, then part of Massachusetts. After spending time in Europe he became a professor at Bowdoin and later at Harvard College. His first major poetry collections were Voices of the Night (1839) and Ballads and Other Poems (1841).

Much of Longfellow’s spiritual input – mostly inspiration  - appeared to have been obtained from grief.

For example, Longfellow began courting Frances "Fanny" Appleton.  She was not interested, but Longfellow was determined. In July 1839, he wrote to a friend: "Victory hangs doubtful. The lady says she will not! I say she shall! It is not pride, but the madness of passion". But his courtship was unsuccessful and Longfellow fell into "periods of neurotic depression with moments of panic" and took a six-month leave of absence from Harvard.

But on May 10, 1843, after seven years, Fanny agreed to marry him and, too restless to take a carriage, he walked 90 minutes to meet her at her house. They were soon married. His love for Fanny is evident in the following lines from Longfellow's only love poem, the sonnet "The Evening Star", which he wrote in October 1845:

"O my beloved, my sweet Hesperus! My morning and my evening star of love!" He once attended a ball without her and noted, "The lights seemed dimmer, the music sadder, the flowers fewer, and the women less fair 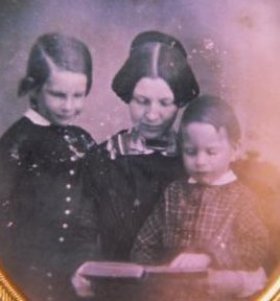 He and Fanny had six children. 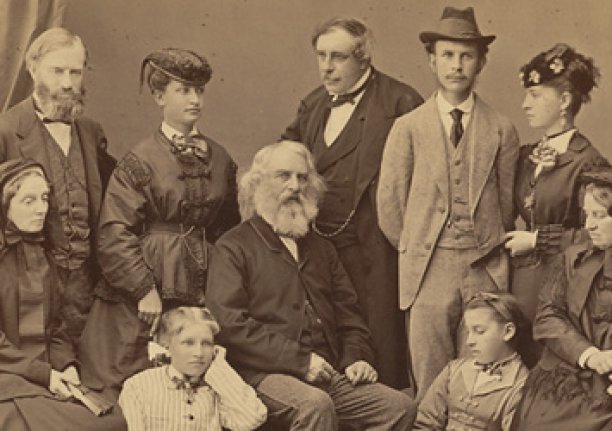 With his family during his last trip to Europe.

On July 9, 1861, Fanny’s dress suddenly caught fire, though it is unclear exactly how.  Longfellow, awakened from his nap, rushed to help her and threw a rug over her. He stifled the flames with his body as best he could, but she was already badly burned. Fanny was taken to her room to recover and a doctor was called. She was in and out of consciousness throughout the night and was administered ether. The next morning, July 10, 1861, she died shortly after 10 o'clock.  Longfellow, in trying to save her, had burned himself badly enough for him to be unable to attend her funeral. His facial injuries led him to stop shaving, thereafter wearing the beard which has become his trademark.

Devastated by her death, he never fully recovered and occasionally resorted to laudanum and ether to deal with it. So here we have another source of the experiences.   He worried he would go insane and begged "not to be sent to an asylum".

He said he was  "inwardly bleeding to death".  He expressed his grief in the sonnet "The Cross of Snow" (1879), which he wrote eighteen years later to commemorate her death:

Such is the cross I wear upon my breast
These eighteen years, through all the changing scenes
And seasons, changeless since the day she died

Longfellow retired from teaching in 1854 to focus on his writing, living the remainder of his life in Cambridge, Massachusetts.