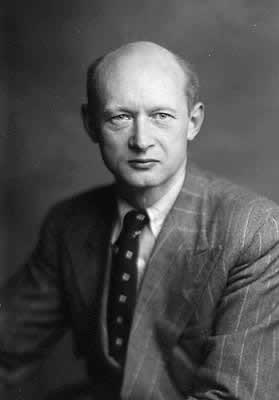 Until nearly three years of age, Waddington lived with his parents in India, where his father worked on a tea estate in the Wayanad district. In 1910, at the age of four, he was sent to live with family in England including his aunt, uncle, and Quaker grandmother.

His parents remained in India until 1928. During his childhood, he was particularly attached to a local druggist and distant relation, Dr. Doeg.  Doeg, whom Waddington called "Grandpa", introduced Waddington to a wide range of sciences from chemistry to geology.

During the year following the completion of his entrance exams to university, Waddington received an intense course in chemistry from E. J. Holmyard. Apart from being "something of a genius of a [chemistry] teacher," Holmyard introduced Waddington to the "Alexandrian Gnostics" and the "Arabic Alchemists." From these lessons in metaphysics, Waddington first gained an appreciation for interconnected holistic systems. Waddington reflected that this early education prepared him for Alfred North Whitehead's philosophy in the 1920s and 30s and the cybernetics of Norbert Wiener and others in the 1940s. 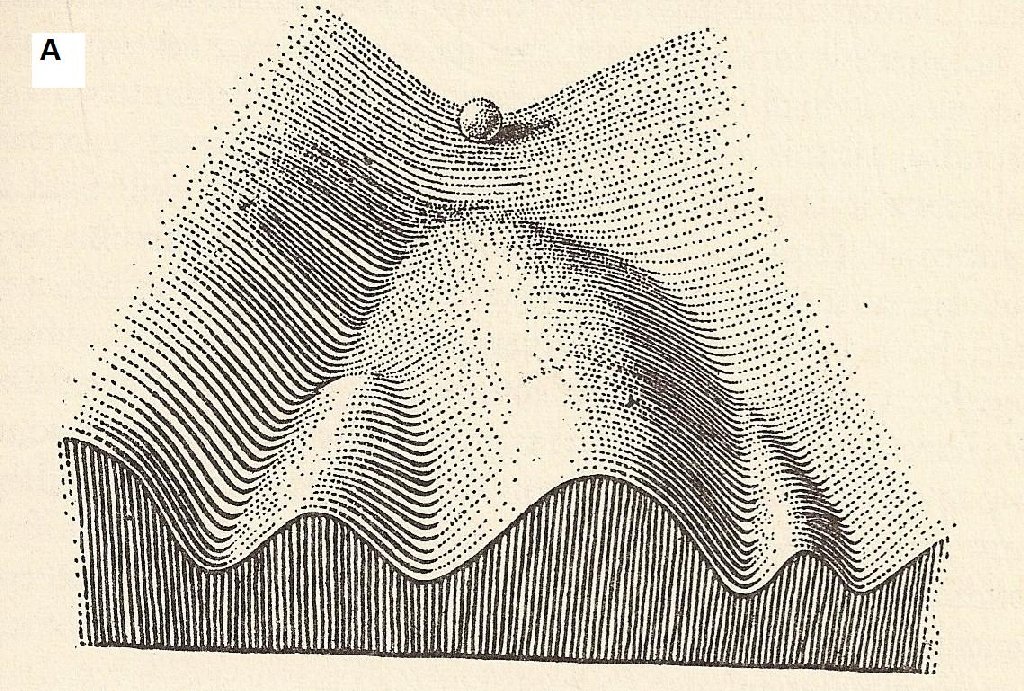 Many features of the phenotype are explained by the dynamical properties of that
developmental system as a whole, rather than by the influence of one or a few
specific alleles. Thus, for example, Waddington sought to explain one of the major
biological discoveries of his day – the fact that extreme phenotypic uniformity can
be observed in many wild populations despite extensive genetic variation in those
same populations – by appealing to the global dynamics of developmental systems.
A genetically canalized developmental system takes development to the same
endpoint from many different genetic starting points. The development of wild-type
phenotypes can thus be buffered against genetic variation. Waddington represented
this idea with his famous ‘developmental landscape’

He attended Sidney Sussex College, Cambridge and took the Natural Sciences Tripos, earning a First in Part II in geology in 1926.  In 1928, he was awarded an Arnold Gerstenberg Studentship in the University of Cambridge, whose purpose was to promote "the study of Moral Philosophy and Metaphysics among students of Natural Science, both men and women."

He took up a Lecturership in Zoology and was a Fellow of Christ's College until 1942.  His interests began with palaeontology but moved on to the heredity and development of living things. He also studied philosophy. 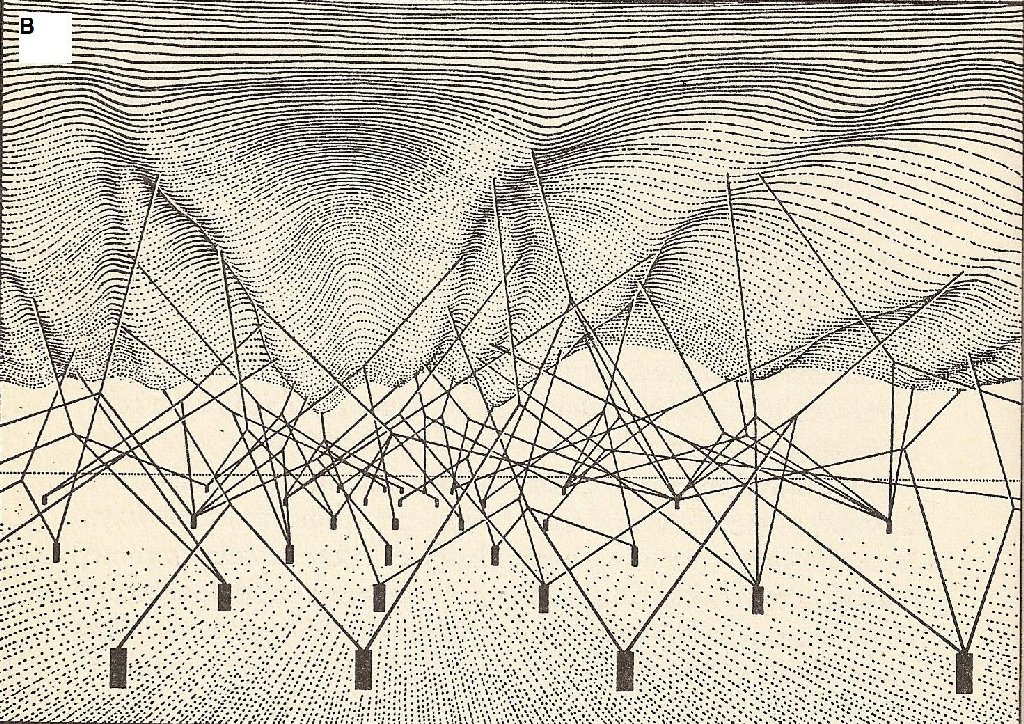 Waddington's developmental landscape (A) and its underpinnings (B)

In the early 1930s, Waddington and many other embryologists looked for the molecules that would induce the amphibian neural tube. The search was beyond the technology of that time, and most embryologists moved away from such deep problems. Waddington, however, came to the view that the answers to embryology lay in genetics, and in 1935 went to Thomas Hunt Morgan's Drosophila laboratory in California, even though this was a time when most embryologists felt that genes were unimportant and just played a role in minor phenomena such as eye colour. 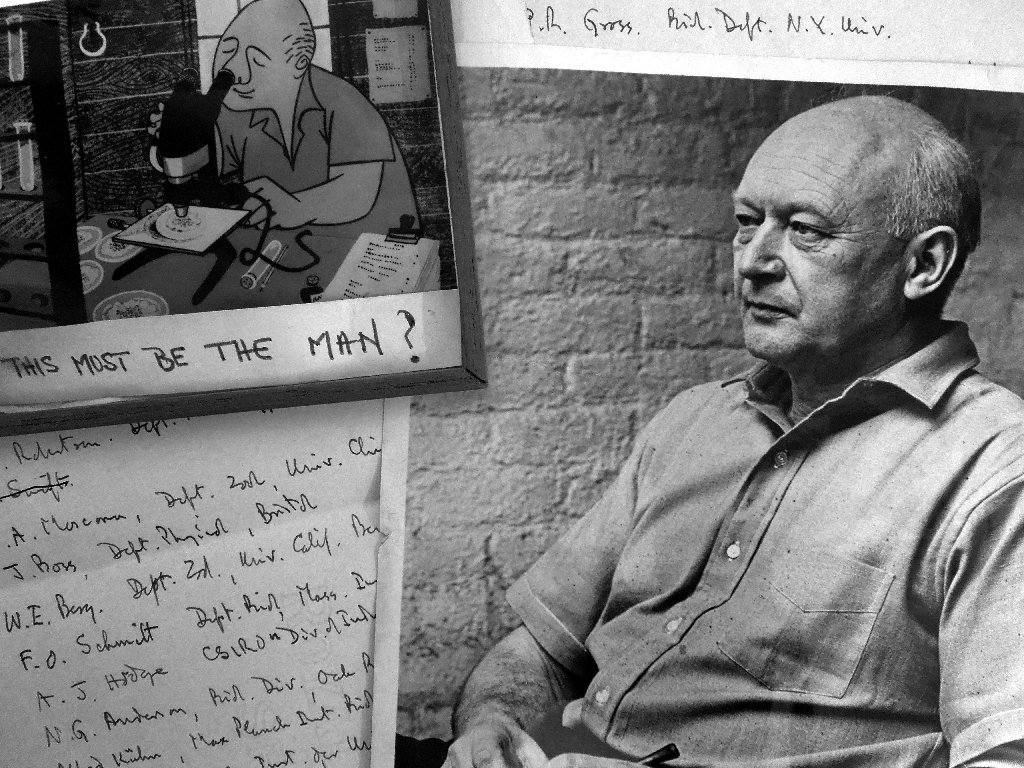 In the late 30's, Waddington produced formal models about how gene regulatory products could generate developmental phenomena, showed how the mechanisms underpinning Drosophila development could be studied through a systematic analysis of mutations that affected the development of the Drosophila wing (this was the essence of the approach that won the 1995 Nobel prize in medicine for Christiane Nüsslein-Volhard and Eric F. Wieschaus). In a period of great creativity at the end of the 1930s, he also discovered mutations that affected cell phenotypes and wrote his first textbook of developmental epigenetics, a term that then meant the external manifestation of genetic activity.

Waddington also coined other essential concepts, such as canalisation, which refers to the ability of an organism to produce the same phenotype despite variation in genotype or environment. He also identified a mechanism called genetic assimilation which would allow an animal’s response to an environmental stress to become a fixed part of its developmental repertoire, and then went on to show that the mechanism would work.

And so we have another eminent scientist whose work contributed enormously to the advance and understanding of a specific branch of science.

And he believed in God as the Ultimate Intelligence  – the observation shows just what he believed.