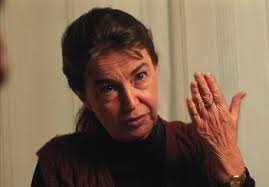 Dr Elisabeth S. Vrba (born 17 May 1942) is a paleontologist at Yale University. Vrba was born in Hamburg, Germany and earned her Ph.D. in Zoology and Palaeontology at the University of Cape Town, in 1974.

She became a faculty member at the Department of Geology & Geophysics, Yale University, in the early 1980s and has taught and conducted extensive research there ever since. 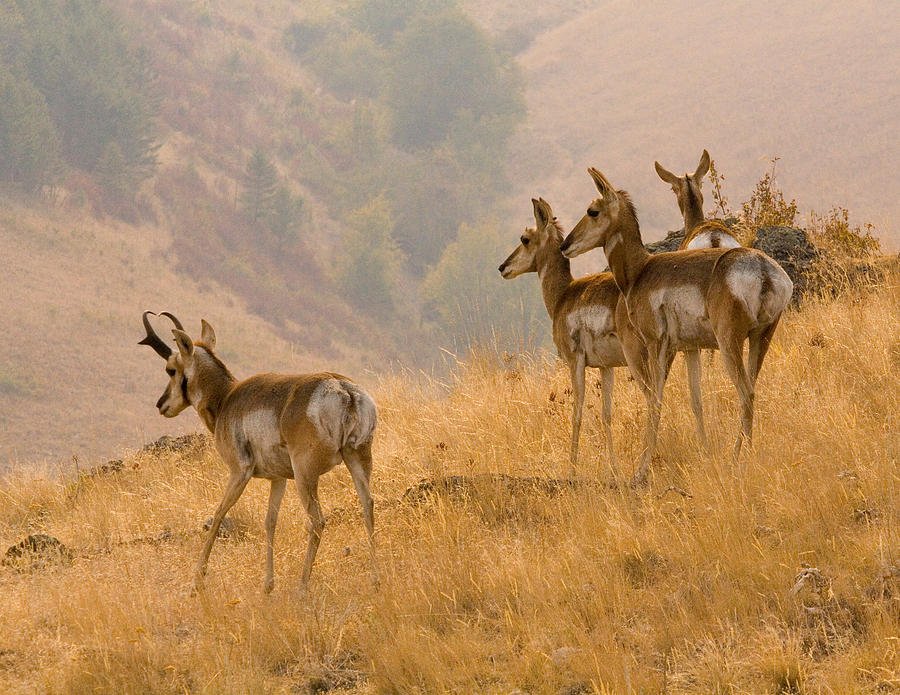 Vrba and colleague Stephen Jay Gould are renowned for their theory of exaptation. Stemming from Charles Darwin's research on genetic traits developed during adaptation in evolution, Vrba and Gould's research suggested that the historical origin of a genetic trait is not always reflective of its contemporary function.  Genetic adaptations may take on new functions and may serve a species a different purpose further on in evolution.

Needless to say, this theory has not always been well received by those who wish to promote an entirely physical and genetically based hypothesis, as it not only places function on a very firm foundation, but also indicates that function comes well before form and need.  In other words there is not only design in the universe but forward planning. 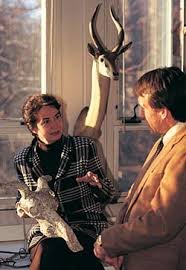 Gould passed away in 2002 but their theory has been widely referenced in recent years.

Vrba also constructed the 'Turnover-pulse Hypothesis', which is a significant addition to Macroevolution theory. Wikipedia rather avoids the full extent of this theory by saying simply that "This hypothesis tracks the rate that species adapt and survive. This is important because it explains how different animals within a species evolve at different rates".  The following article gives a better explanation.

Waves of Creation  - Discoverer magazine by Ellen Ruppel Shell [From the May 1993 issue, published online May 1, 1993]

Elisabeth Vrba has her finger on the pulse of evolution: bursts of climate change that sweep the planet, killing some species and leaving new ones--like ours--in their wake.
A species’ evolution, she maintains, is driven by the changing world around it. Evolution is conservative, she says. Making a new species requires a physical event to force nature off the pedestal of equilibrium.
That fall, Vrba believes, is triggered by a radical shift in global climate. Earth’s climate is not stable: any number of things, from a shift in the tectonic plates making up Earth’s outer shell to a sharp drop in sea levels to slight but regular changes in our planet’s orbit and orientation to the sun, can cause a plunge or rise in world temperatures. This, Vrba says, sets off a chain reaction that races around the globe, annihilating some species while anointing others as world inheritors. As far as evolutionary change goes, she continues, without these climate pulses, pretty much nothing happens.
Vrba has neatly tied geologic evidence of worldwide climate change to three sudden accelerations in the rate of species creation and destruction, at approximately 5 million, 2.5 million, and possibly 900,000 years ago. But her idea--that climate, rather than some dynamic among animals and plants themselves, is the dominant force behind evolution-- dropped like a bomb when Vrba first proposed it at a meeting in France about a decade ago. 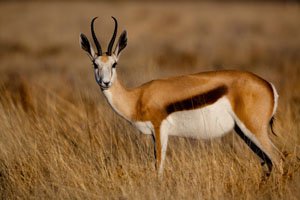 Her theories, in other words, could not be more pertinent or important.

Although professing one’s understanding of mystic thinking is not something many scientists these days dares do, Elisabeth is well versed in the Hindu and yoga system.
The Hindus believe in a triad with three deities-- Brahma the creator, Vishnu the preserver, and Siva the destroyer, and Elisabeth often uses these functional groupings – archetypal forms - to explain evolution.

Most past ecosystems were constantly and repeatedly forced by climatic changes to alter, dismantle, and reconstitute, Vrba says. Prolonged cool periods dried the climate and caused the lush African rain forests to break up into patches of open woodland. These patches of forest were isolated from one another by extensive grasslands, like islands in a vast green sea. This change in circumstances could have posed problems for any animal that had evolved in, and was therefore well suited for, a wide- ranging, dense forest. Such a species, Vrba explains, had three ways of coping with the change.

Some groups, taking the creative path of Brahma, split off into new, better-adapted species: they develop the ability to live in the grass, for example. Other species migrate, as if following Vishnu not to greener pastures but to more forested ones. And species that turn away from those paths have but one alternative left: to fall into the arms of Siva the destroyer and flicker into extinction.

Punctuated-equilibrium theorists never matched these changes in different lineages against an absolute time scale, Vrba says, so they never noticed these episodes kept bunching together, which indicates a common cause. These theorists were also focused on the creation of new species, and they missed the significance of the extinctions that were occurring right alongside. What the pulse theory suggests is that death is the flip side of creation. Nature is pushing these creatures onto a knife edge, and it’s a close call as to whether they will die out or become something new and different. 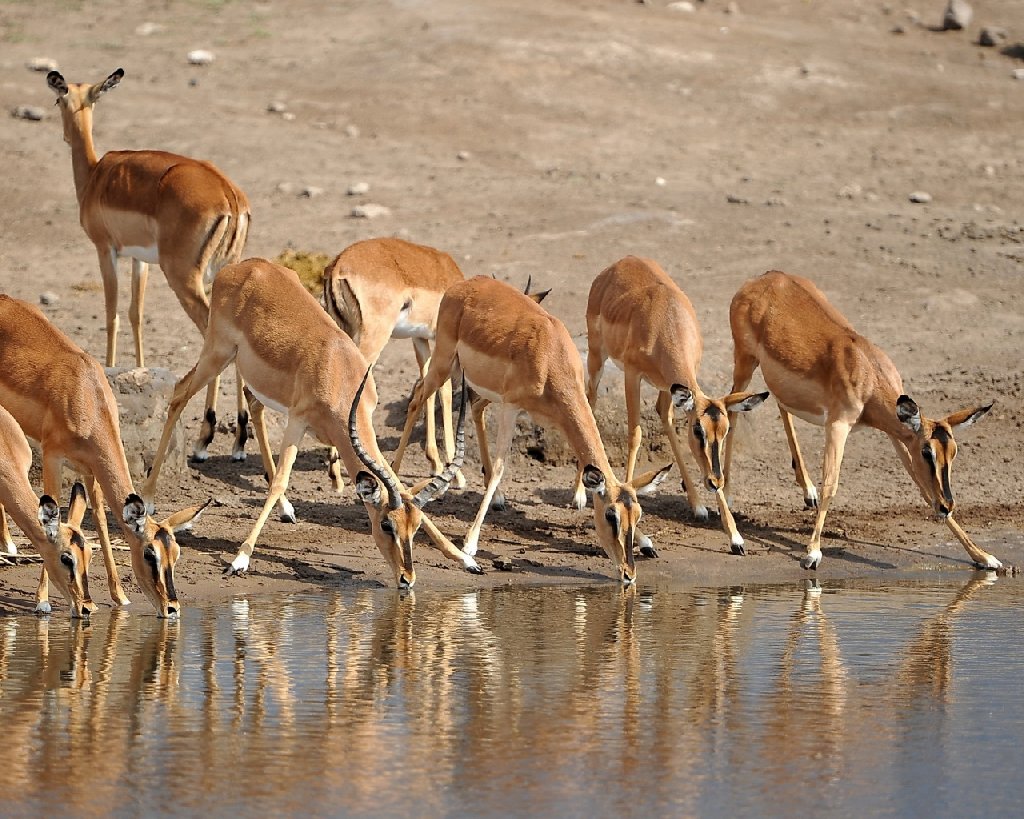 Elisabeth is that much more of a genius in this field and in attaining the position she has done, given her background and the difficulties she has faced.

She was born in Hamburg, Germany, and moved to Namibia with her mother at the age of two after her father, a professor of law, died. Vrba’s mother remarried, to a sheep farmer who gave her no encouragement whatsoever to pursue science or, for that matter, any career.

Vrba inquired at a number of girls’ high schools and, using her inheritance to pay the tuition, enrolled in the one that had a picture of students working in a laboratory on the cover of its brochure. When she got there she discovered the picture was ‘a total farce’. There was some math taught but no science. For girls there were courses in makeup and posture, where she was forced to “walk around with a book on my head”.

She managed to make it through high school playing field hockey and tennis and reading Ovid and Tolstoy on the sly. She did well in school, but on entering the University of Cape Town the sketchiness of her academic preparation became painfully obvious.

"There were mostly men in my classes, and they had all had math and science in school", she says. "But I hadn’t, and I was at a terrible disadvantage. I knew at once that I would have to work awfully hard to make it up".

Vrba did work hard. She majored in zoology and statistics, graduated with honors, and decided, given Cape Town’s proximity to the sea and her love of it, to become a marine biologist. But that decision was short-lived, as her second father went bankrupt and she had to support herself.

There were no grants to be had in Cape Town, so she went where the money was  inland, to Pretoria. That was in 1967, the same year Vrba married her husband, George. She got a job teaching high school in Pretoria, while George built up his civil-engineering business. The two of them roughed it in a one-room studio furnished with a single chair. 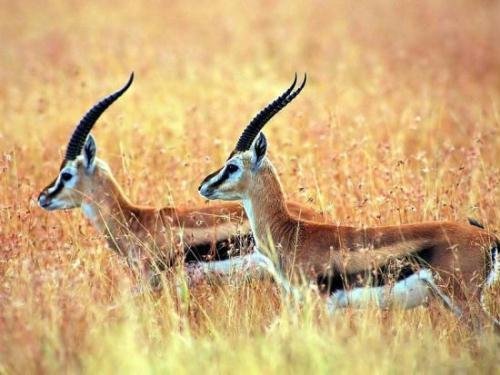 One day in 1968, looking for a more challenging job, Vrba went to the Transvaal Museum and met its director, paleontologist C. K. Bob Brain, who had devoted his career to the excavation and analysis of South African cave fossils. Those fossils are what first got Vrba thinking about the relationship of one species to another.

Vrba joined his team and then made extensive analyses of the fossils.  From this study came "the effects hypothesis". One of the difficulties of all analysis of systems or events is whether something is a cause or an effect.  Vrba's theory used this in examining the evolution of fossils.  The "simple but elegant idea" hurled Vrba out of obscurity and into the thick of international attention. Requests for her 24-page paper, published in 1980, poured in by the hundreds from all over the world, and Vrba was invited to speak at, among many other places, Harvard, Oxford, and Cambridge universities. By this time she had risen from volunteer fossil washer to deputy director of the Transvaal Museum.

One of her projects at the museum had been to begin renewed excavation of the famous Kromdraai site, a cave on the south side of the Bloubank River where in 1938 paleontologist Robert Broom had discovered the first evidence of robust australopithecines (early hominids). Vrba’s interest in hominids was piqued by this experience, and shortly thereafter Brain put her in charge of the museum’s world-famous collection of hominid fossils. As a consequence, Vrba started to get a steady stream of anthropologists and paleontologists from all over the world, people like Mary Leakey, Desmond Clark, and Donald Johanson, visiting her.  From there evolved her theories on cliate change

We paleontologists saw evidence long before the climatologists found it of massive climatic change 2.5 million years ago by looking in the fossil record. 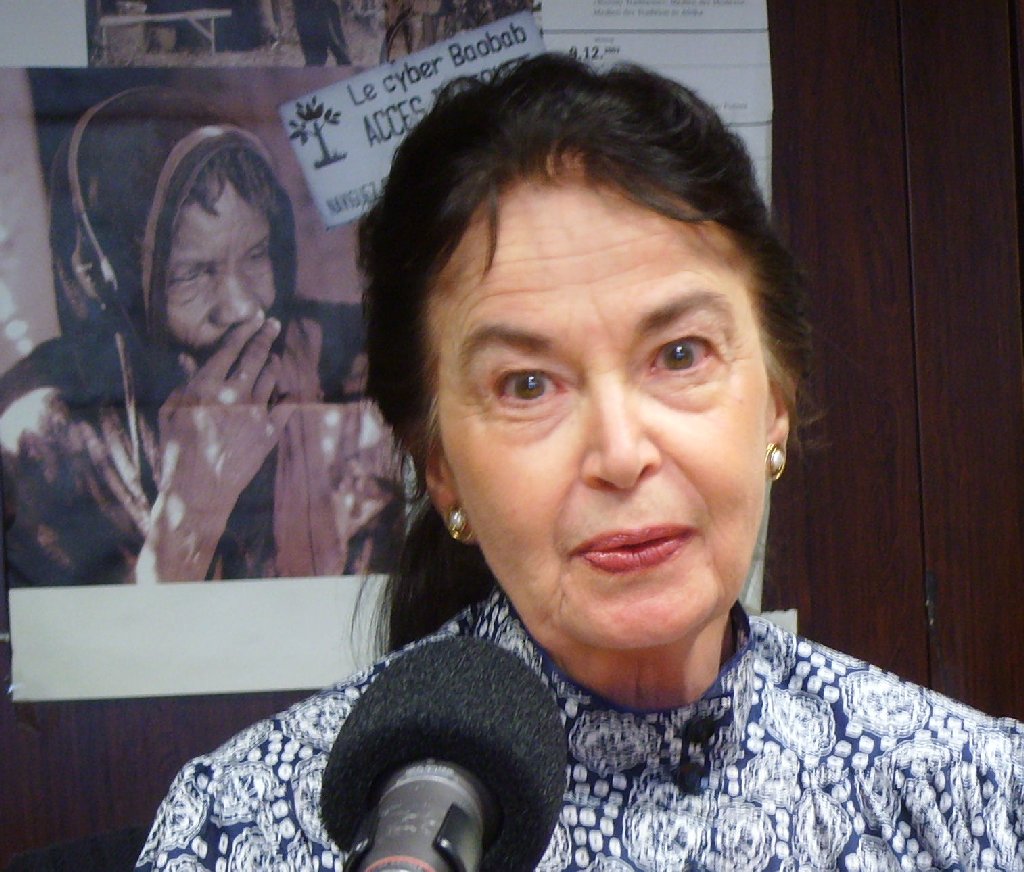 Desire for a change in academic climate took Vrba and her husband and daughter away from Pretoria in 1986, when the paleontologist joined the faculty at Yale.

And there she has remained ever since, writing lecturing, mentoring and explaining.  Elisabeth is still married and has a daughter and is regarded with great fondness by her students

Robertto Rozzi - Trowel Blazers
I had the pleasure and honor to meet ESV one time when I was still a student and I experienced not only her charisma and clear talking but also her humanity and openness.  She patiently answered questions coming from hundreds of students, professors and children…sitting on a stairway.

I’m interested in pushing out the frontiers of science, not sailing my boat through tranquil seas. If you’re worried about storms, you really shouldn’t be in the boat in the first place. Frankly, I find storms quite thrilling.