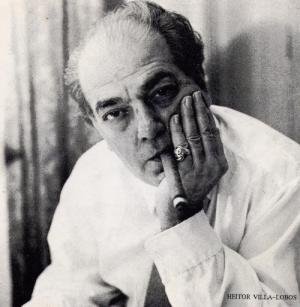 Villa-Lobos has become the best-known and most significant Latin American composer to date. He wrote numerous orchestral, chamber, instrumental and vocal works. His music was influenced by both Brazilian folk music and by stylistic elements from the European classical tradition, as exemplified by his Bachianas Brasileiras (Brazilian Bachian-pieces), which is on the site.

Heitor Villa-Lobos was born in Rio de Janeiro. His father, Raul, was of Spanish descent, a librarian, an amateur astronomer and musician. His relationship with his mother sounds a little fraught. 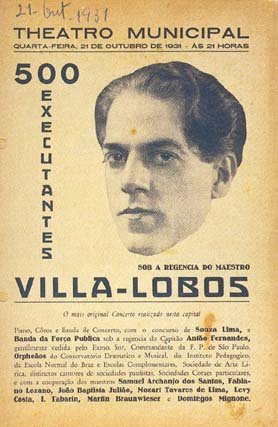 In Villa-Lobos's early childhood, Brazil underwent a period of social revolution and modernisation, abolishing slavery in 1888 and overthrowing the Empire of Brazil in 1889. The changes in Brazil were reflected in its musical life: previously European music had been the dominant influence, and the courses at the Conservatório de Música were grounded in traditional counterpoint and harmony.

Villa-Lobos underwent very little of this formal training. After a few abortive harmony lessons, he learnt music by illicit observation from the top of the stairs of the regular musical evenings at his house arranged by his father. He learned to play the cello, the guitar and the clarinet. When his father died suddenly in 1899 he earned a living for his family by playing in cinema and theatre orchestras in Rio. 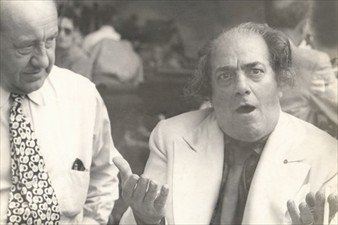 “Serious doubt has been cast on some of Villa-Lobos's tales of the decade or so he spent on these expeditions, and about his capture and near escape from cannibals, with some believing them to be fabrications or wildly embellished romanticism”

A composer with a wildly embellished sense of romanticism – perfect!

After this period, he gave up any idea of conventional training and instead absorbed the influences of Brazil's indigenous cultures, itself based on Portuguese, African, and American Indian elements. His earliest compositions were the result of improvisations on the guitar from this period.

Villa-Lobos played with many local Brazilian street-music bands; he was also influenced by the cinema and Ernesto Nazareth's improvised tangos and polkas. For a time Villa-Lobos became a cellist in a Rio opera company, and his early compositions include attempts at Grand Opera. Encouraged by Arthur Napoleão, a pianist and music publisher, he decided to compose seriously.

In 1912, Villa-Lobos married the pianist Lucília Guimarães, ended his travels, and began his career as a serious musician.

His music began to be published in 1913. He introduced some of his compositions in a series of occasional chamber concerts (later also orchestral concerts) from 1915–1921, mainly in Rio de Janeiro's Salão Nobre do Jornal do Comércio.

The music presented at these concerts shows his coming to terms with the conflicting elements in his experience, and overcoming a crisis of identity, as to whether European or Brazilian music would dominate his style.

This was decided by 1916, the year in which he composed the symphonic poems Amazonas and Uirapurú (although Amazonas was not performed until 1929, and Uirapurú was first performed in 1935). These works drew from native Brazilian legends and the use of so called "primitive" folk material. 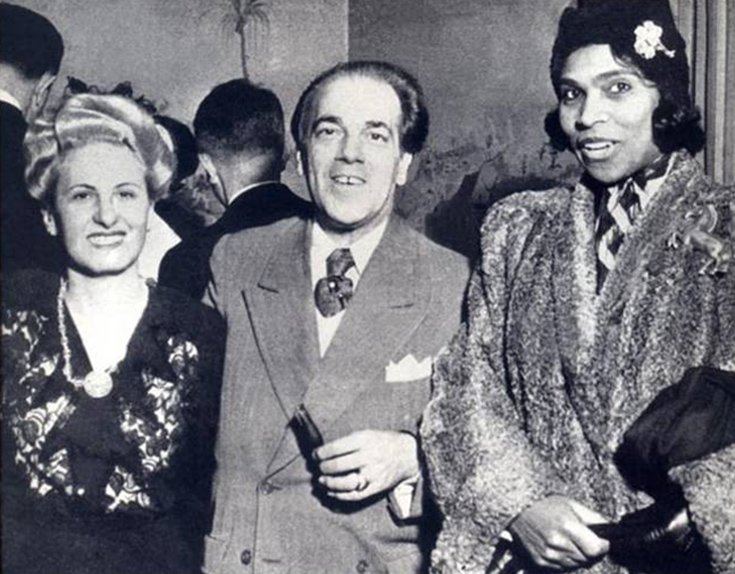 European influence did still inspire Villa-Lobos. In 1917, Sergei Diaghilev made an impact on tour in Brazil with his Ballets Russes. That year Villa-Lobos also met the French composer Darius Milhaud, who brought the music of Debussy, Satie, and possibly Stravinsky.. In 1918, he also met the pianist Arthur Rubinstein, who became a lifelong friend and champion; this meeting prompted Villa-Lobos to write more piano music.

In about 1918 Villa-Lobos abandoned the use of opus numbers for his compositions as a constraint to his pioneering spirit. With the piano suite Carnaval das crianças (Children's carnival) of 1919–20, he liberated his style altogether from European Romanticism: the suite, in eight movements with the finale written for piano duet, depicts eight characters or scenes from Rio's Lent Carnival.

In February 1922, a festival of modern art took place in São Paulo and Villa-Lobos contributed performances of his own works. “The press were unsympathetic and the audience were not appreciative”. The festival ended with Villa-Lobos's Quarteto simbólico, composed as an impression of Brazilian urban life. 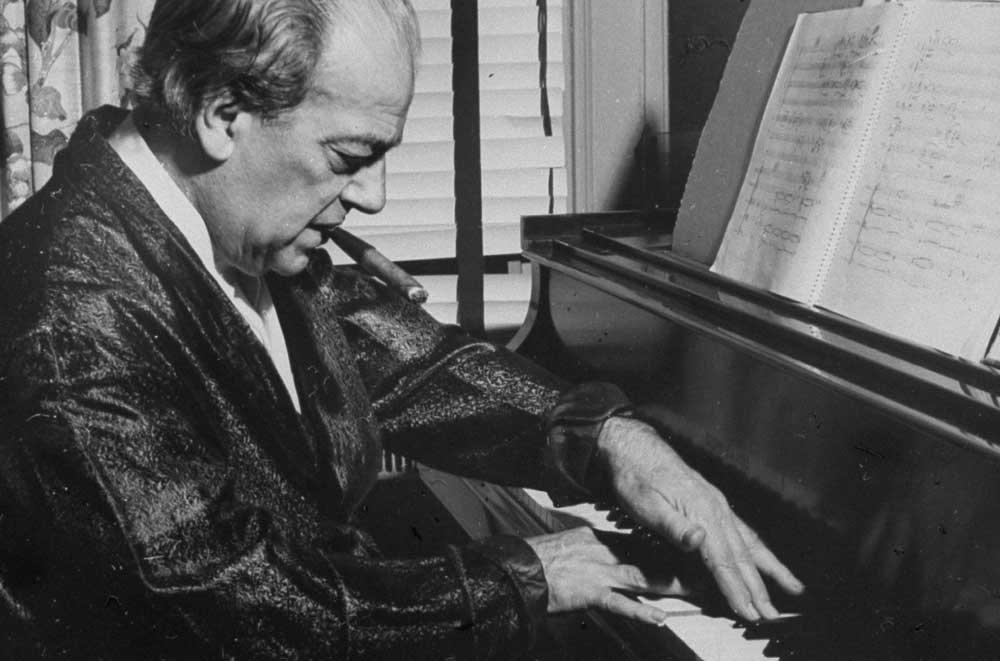 In July 1922, Rubinstein gave the first performance of A Prole do Bebê, and the piece was booed. Villa-Lobos was philosophical about it, and Rubinstein later reminisced that the composer said, "I am still too good for them."

The piece has since been called "the first enduring work of Brazilian modernism".

Rubinstein suggested that Villa-Lobos tour abroad, and in 1923 he set out for Paris. Just before he left he completed his Nonet (for ten players and chorus) which was first performed after his arrival in the French capital. In the 1920s, Villa-Lobos also met the Spanish guitarist Andrés Segovia, who commissioned a guitar study: the composer responded with a set of twelve, each taking a tiny detail or figure from Brazilian chorões (itinerant street musicians) and transforming it into a piece that is not merely didactic. The chorões were also the initial inspiration behind his series of compositions, the Chôros, which were written between 1924–29. The first European performance of Chôros No. 10, in Paris, provoked a kinder reaction.  L. Chevallier wrote of it in Le Monde musical, "[…it is] an art […] to which we must now give a new name."

In 1930, Villa-Lobos, who was in Brazil to conduct, planned to return to Paris. One of the consequences of the revolution of that year was that money could no longer be taken out of the country, and so he had no means of paying any rents abroad. Thus forced to stay in Brazil, he arranged concerts instead around São Paulo, and composed patriotic and educational music. 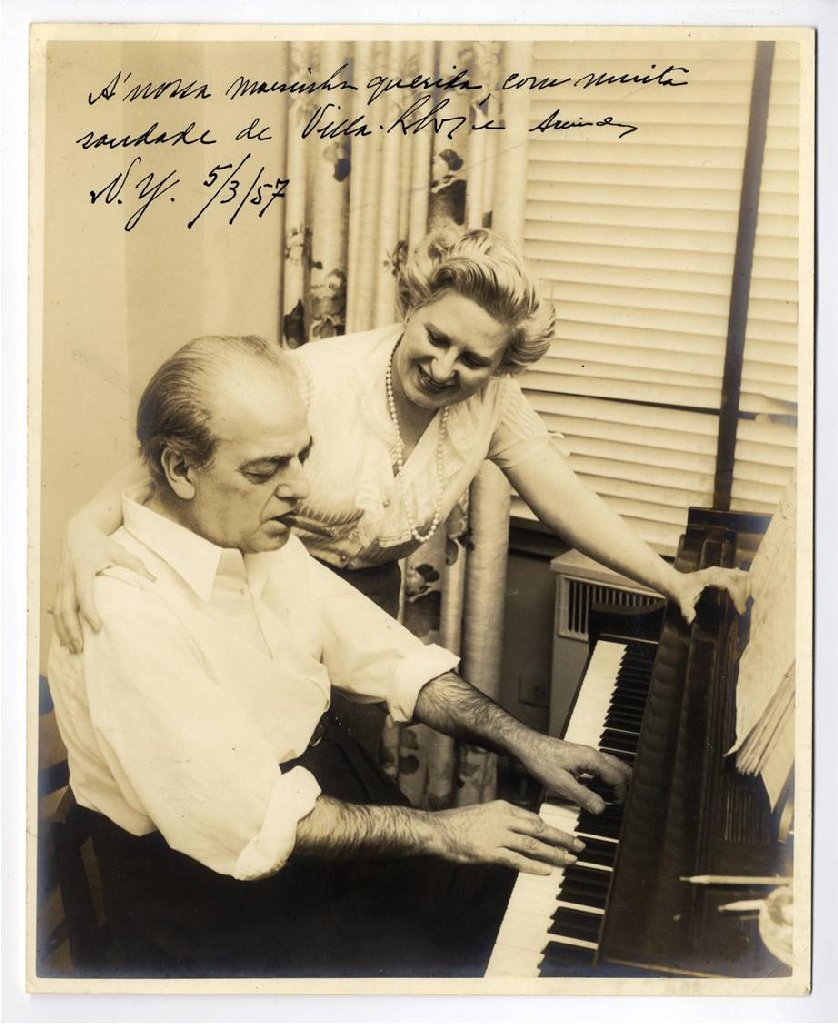 In 1936, at the age of forty-nine, Villa-Lobos left his wife, and became romantically involved with Arminda Neves d’Almeida, who remained his companion until death. Arminda eventually took on the name Villa-Lobos, though Villa-Lobos never divorced his first wife. After Villa-Lobos' death, Arminda became the Director of the Museu Villa-Lobos in 1960, until her death in 1985. Arminda was herself a musician and a significant influence on Villa-Lobos. He also dedicated a good number of works to her, including the Ciclo brasileiro and many of the Chôros.

So as is often the case, Villa Lobos's ultimate influences, the mechanism of his inspiration was music itself and love and making love and the two pieces I have chosen were both written not long after he met the two women in his life.

After WWII, Villa-Lobos was able to travel abroad again; he returned to Paris, and also made regular visits to the United States as well as travelling to Great Britain, and Israel. He received a huge number of commissions, and fulfilled many of them despite failing health. He composed concertos for piano, cello (the second one in 1953), classical guitar (in 1951 for Segovia, who refused to play it until the composer provided a cadenza in 1956), harp (for Nicanor Zabaleta in 1953) and harmonica (for John Sebastian, Sr. in 1955–6). Other commissions included his Symphony No. 11 (for the Boston Symphony Orchestra in 1955), and the opera Yerma (1955–56) based on the play by Federico García Lorca. 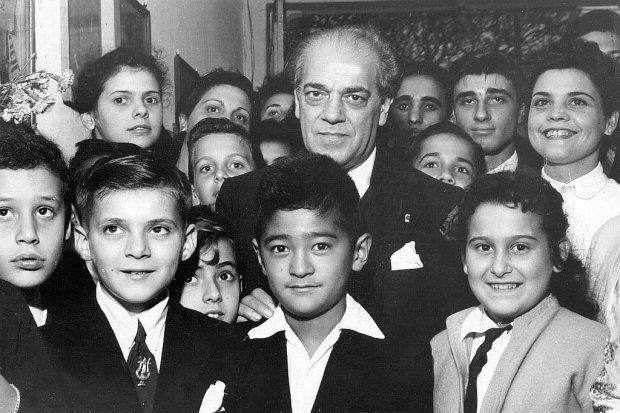 In June 1959, Villa-Lobos alienated many of his fellow musicians by expressing disillusionment, saying in an interview that Brazil was "dominated by mediocrity".  In November he died in Rio; his state funeral was the final major civic event in that city before the capital transferred to Brasília. He is buried in the Cemitério São João Batista in Rio de Janeiro.