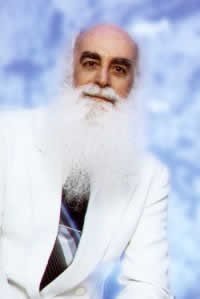 Waldo Vieira (born 12 April 1932) is a Brazilian dentist and physician. He also holds a post-graduate degree in plastic surgery, gained in Tokyo, Japan. But he is also a researcher in out of body experiences and mind. Vieira started to have out-of-body experiences at the age of 9. Unfortunately the one thing I have not been able to find out as yet is why!

For the past 40 years he has “explored the idea of consciousness as something other than the body”. He has given his theories unnecessarily pompous names “ projectiology and conscientiology”, given that the last thing this area needs is yet more names for the same thing, however, one assumes that he has done this to try to sell his books . He has written over twenty books on “vital energy, parapsychical and personal development”, as well as out-of-body experiences, including accounts of his own personal experiences.  The following is a quote, not my opinion

his work has been described as reflecting the author's strong personal beliefs, which cause many of his statements to seem strident, even dogmatic.

As I mentioned in the introduction to this sources section, I am none too keen on including people who are making money out of their claims – particularly if it includes a set of beliefs, but he is a man with some influence – he is a long standing member of the American Society for Psychical Research (ASPR) in New York, USA, the Society for Psychical Research (SPR) in London, England, and the Brazilian Association of Parapsychology in Rio de Janeiro, Brazil. He has also assembled one of the largest libraries in the world on the subject of 'Consciousness', which includes works ranging from parapsychology to eastern mysticism. And it is open to the public in CEAEC, Foz do Iguaçu, Brazil. And this is worth knowing about.

He also holds daily "Tertúlias" - a series of discussions led by Vieira and open to the public for free. These discussions are broadcast daily through the internet, from 12:30 PM to 14:30 PM (GMT -3), and can be viewed through the website Tertúlias da Conscienciologia.