There is a strong non-conformist streak that runs through many of the branches of my family tree: Baptists, Methodists, Unitarians, brought together by their common perspective on social injustice and religious intolerance. My great great aunt Margaret Verrall, seems to these 21st century eyes to be unconventional in the extreme, but in her day she was a prominent figure in a popular area of scientific and spiritual enquiry.
Margaret was at the centre of an extraordinary attempt to prove the reality of life after death, conducted (if it is to be believed) by several deceased founders of the Society for Psychical Research.
In the year of the SPR’s founding Margaret married Arthur Woolgar Verrall, a classical scholar with a taste for convoluted commentary of classical Greek and Latin texts. In the light of Margaret’s subsequent career, and the fact that one of his future students was Aleister Crowley (notorious sex-magick mystic), one wonders just what Arthur was teaching in his lectures.

Academic career and activity as a suffragette

“The Common Cause of Humanity,” the organ of the National Union of Women’s Suffrage Societies, on 14th  July 1916 In Memoriam.  MRS VERRALL.

Our “common cause,” writes a correspondent, has lost a wise and steadfast supporter in Mrs Verrall, whose death, after some months of suffering, took place at her Cambridge home on July 2nd. Both she and her brilliant husband, Professor Verrall, who died in 1912, had done much to help women to realise their powers, and to give of their best, unhampered by artificial restrictions.
Mrs Verrall (formerly Miss Margaret De Gaudrion Merrifield) was one of the early students of Newnham College, where she worked with success for the Classical Tripos and where she afterwards held the post of classical lecturer and tutor. She was a remarkably able teacher, for her own brain was clear as well as powerful, and she knew how to make a subject clear to those she addressed. She was also a good speaker, but she preferred the life of the study to that of the platform and committee room, although her political interests (which were, in general, on the side of the Liberal party) were deep and keen.
Her work as a scholar included the translation of the text of Pausanias for “The Mythology and Monuments of Ancient Athens,” brought out by herself and Miss Jane Harrison, and she arranged for publication of her late husband’s lectures on Dryden.

Margaret and the SPR 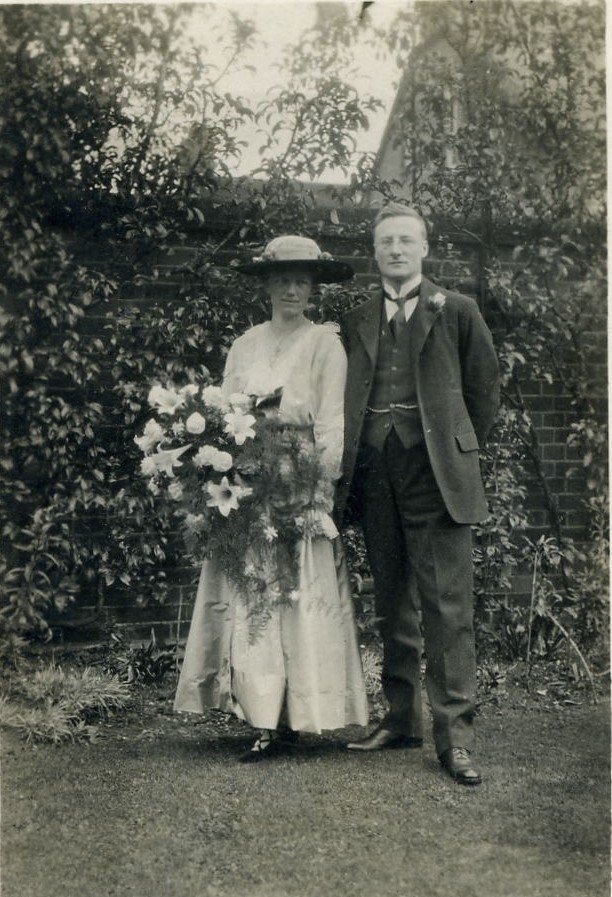 Both Margaret and her husband were interested in psychic research, initially simply exploring it and undertaking research, but later Margaret found she was herself gifted and became an extremely accomplished automatic writer.

Margaret Verrall joined the SPR in 1889, wrote many important papers for the Proceedings, and was elected to the Council in 1901.

Mrs Verrall, as she became known in the Proceedings, was an observer, on Frederic Myers' request, at the sittings with Mrs. Leonora Piper, a famous medium of the age, when she visited Britain. 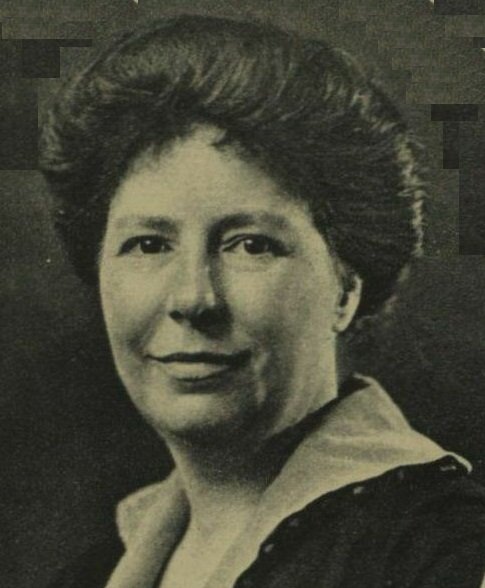 Margaret Verrall was a member of the group dealing with the ‘cross-correspondences’, a unique development in mediumistic research, and the work of a group of automatic writers - mostly associates of SPR founding members - including Margret Verrall; her daughter Helen, at the time the SPR’s Hon. Secretary; and Winifred Coombe-Tennant, a lady connected to the Balfours and married to W H Myers’s brother-in-law.  Mrs Winifred Coombe Tennant practised as a medium under the name "Mrs Willett" and another participant, Mrs Alice Fleming, sister of Rudyard Kipling, practised as "Mrs Holland".  The aim of the group was to attempt to prove survival after death by devising a series of communications that alone would mean nothing to the mediums, but together would prove that the communication was from that person.

The mediums involved including Margaret and her daughter and Leonora Piper.

In automatic writing she obtained in 1901 the first results after the death of Myers and produced afterwards hundreds of scripts which often contained matter of ‘supernormal interest’. In 1906 she published in the Proceedings an analysis of her scripts. This paper formed the starting point of a serious study in cross correspondence.


It was Alice Johnson, a researcher, who began to notice cross-references between these various ‘communications from the dead’. She coined the term cross-correspondences for the increasingly elaborate intellectual puzzles which, it seemed, could only be solved by the combination of several independently written scripts.

Those purportedly sending the messages included Frederick Myers who had been the Society’s second president, and Henry Sidgwick its first president (who had died a year before Myers).

Their choice of material for the conundrums sent to provide the proof of survival came in the form of little known quotes from a specialised university text book, “Greek Melic Poets” by the American scholar Herbert Weir Smyth, used by their old friend and colleague Dr Arthur Verrall.

In other words Verrall was the one person who knew all the quotes.

Margaret produced hundreds of scripts in the fifteen years until her own death in 1916. Her daughter Helen also had the gift and began writing automatically in 1903. The correspondences continued with an expanding cohort of living mediums and dead correspondents until 1930, when researchers asked Helen Verrall and her colleagues to stop receiving – there were by then tens of thousands of pages of ‘evidence’ waiting to be annotated and analysed.  But how useful are the scripts?

Verrall - the lynch pin in the chain of telepathic communication.


Mrs. Verrall said - "It cannot be denied that the 'communicator' of
the Piper sittings and of my own scripts presents a consistent
personality dramatically resembling that of the person he claims to be. “

If we go back to the original experiments with Myers, “Greek Melic Poets” was not a book likely to have been known or read by all the other mediums involved, but it was known to Margaret.  Its use as a source at the time was seen as quite compelling proof of life after death.  But of course, we do have the problem that it would have been only too easy to read the mind of Dr Arthur Verrall – and he would never have known his mind was being read - and also easy for the other mediums to read the mind of Margaret and she wouldn’t have known either.

In essence, it provides good proof of telepathy, but no proof of life after death.

To actually prove life after death, one would have to be extremely quick, as the dead move on to other levels and even reincarnate, sometimes only days after their death, depending on the stage reached on the spiritual path.  Evolved souls move on and are to all intents and purposes uncontactable after a month or two, less evolved souls may stay longer, souls who have a very very long way to go may stay for an extremely long time.  But neither Myers nor Sidgwick can be classed in these categories.

Which begs the question, from whose mind did all the scripts come from?  And we believe it was from Margaret herself and her husband.  There is no implied intent to deceive in this, all parties involved would have been sincere in their wish to collect evidence.  But the evidence collected is that it is possible to read the minds of the living.

Margaret died on 2 July 1916 and is buried at the Parish of the Ascension Burial Ground in Cambridge, with her husband and a daughter who died in infancy - Phoebe Margaret De Gaudrion Verrall (1888-1890). At the simple funeral service, conducted at St. Giles’s Church, Cambridge, the kindness shown by Mrs. Verrall as Hon. Secretary of the Belgian University Committee in Cambridge was recognised by the attendance of some of the leading Belgian professors and their wives, and beside a wreath from Newnham College was one inscribed “Le corps professorial Belge reconnaissant.”

Sir Oliver Lodge pays the following tribute to Mrs. Verrall in The Survival of Man:

"The fame of Mrs. Piper has spread into all lands, and I should think the fame of Mrs. Verrall also. In these recent cases of automatism the Society has been singularly fortunate, for in the one we have a medium who has been under strict supervision and competent management for the greater part of her psychical life [Piper]; and in the other we have one of the sanest and acutest of our own investigators, fortunately endowed with some power herself, some power of acting as translator or interpreter between the psychical and the physical worlds."

The principle books describing Mrs Verrall's abilities are by H F Saltmarsh, who is also on the site.  Saltmarsh served for many years as a financial officer of the SPR and contributed numerous articles to its Journal.  Saltmarsh died in 1943, five years after completing what are now regarded as his major works – Foreknowledge – published in 1938; and The Evidence of Personal Survival from Cross-Correspondences also 1938.

The website for Colin Salter, the Non-fiction researcher, writer, and editor whose relative Margaret Verrall is, can be found by following this LINK. Colin also has a blogspot called 'talltales from the trees', which can be found using this LINK.  He is based in Edinburgh UK.

We have decided it makes more sense to include the observations we have of Mrs Alice Fleming, sister of Rudyard Kipling, practised as "Mrs Holland" with Mrs Verrall, as they provide complementary views of the Cross Correspondences.  Mrs Willetts has her own entry.

Mrs. Verrall's articles in the SPR Proceedings include: