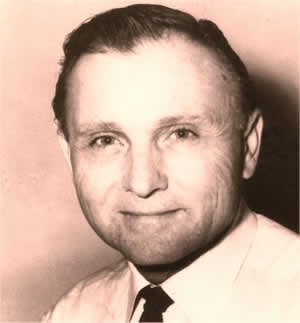 Paul Twitchell was born around 1908 and  was an American writer, author and the founder of the group known as Eckankar. He was, to put it kindly, something of an eccentric, but the techniques described are genuine enough.  He states specifically that his  techniques are ones he developed from experience, but it is clear from the descriptions that they are well known – he used staring at bright shiny objects, chanting and staring at the nose or third eye.  Good to know they worked for him, but it left me a little concerned that he had claimed them to be some deep new [and largely unknown] esoteric practice  originating from ancient practices – they are not.

Tucked away in his book is one phrase that rather sets the Eckankar techniques apart from all the others, but does put it very much in tune with religious thinking…

Paul Twitchell – Eckankar
If a person’s attention is inside the body, or is held intensely by another, he cannot successfully withdraw from his physical body.

Twitchell thus advocated a form of chastity.  I think he probably advocated temporary chastity because he was married [twice], nevertheless, this is one of the only western style books that I have come across that recognise the need not to be distracted by another [nothing wrong with loving them, it is being distracted by them which is the problem – so forms of obsession]
According to his book, he came from a family of out-of-body travellers…..

Paul Twitchell – Eckankar
I could come and go in the soul body at an age when most children are not aware of what is going on around outside themselves, but my soul travelling was a fact generally kept secret.  In accordance with the ancient idea that such talk brings trouble from those who do not know of spiritual works, the members of our family remained silent.  We were all able to move in and out of our bodies, except my stepmother, who frowned on the practise.  Only my half sister and I discussed it; she being several years older, taught me the art of soul travel when I was three.  By the time I met my first teacher, Sudar Singh of Allahabad, India getting out of the body was as natural as eating.

In 1950, he joined Swami Premananda Giri's Self-Realization Church of Absolute Monism, an offshoot of Paramahamsa Yogananda's Self-Realization Fellowship. He left/was asked to leave the church in 1955, but in 1955, he was initiated by Sant Kirpal Singh into Surat Shabd Yoga or Sant Mat. He also became involved in the Church of Scientology.  So as we can see, whatever methods he used to get experiences, they had some interesting roots - principally it would seem roots in yoga.

In late 1964, he gave a series of workshops on "bilocation" which he would later call Soul Travel. These workshops at the California Parapsychology Foundation in San Diego, showed how people could gain personal spiritual experience using his techniques.

He wrote a very large number of books.  According to Wikipedia

Comparisons of Twitchell's Eckankar writings reveal that Twitchell plagiarized the works of several authors. David C. Lane is a liberal arts Professor and researcher who, along with others, uncovered evidence that Twitchell plagiarized much of his work from the writings of Julian Johnson, Sant Kirpal Singh, Lama Anagarika Govinda, Walter Russell, L. Ron Hubbard, Helena Blavatsky, and others.”  Kirpal Singh even claimed that he dictated one book to Twitchell ‘in the astral realm’!

But this is actually unfair.  Twitchell appears to have been an extremely well read man.  He quotes [not plagiarises] Plato, Kabir, Lao-Tzu, Blavatsky, the Bible, the Q’ran, the Bhagavad vita, Buddha, Homer, Hesiod, Shakespeare, Dionysius the Areopagite, Dante, Pythagoras, Patanjali’s yoga aphorisms, Swedenborg, Gurdjieff, St Teresa, St Francis of Assissi, .. and more!  I too have read these works and know full well that you read them to help on the spiritual path,  to get ideas about how to travel further into the spiritual world and how to understand what you are seeing.

But to read some of his books, I’m afraid, you would think he was a cupcake.  He also came to be a deluded soul, he expected The Tiger's Fang "would shake the foundation of the teachings of orthodox religions, philosophies, and metaphysical concepts."  It didn’t, although it did become a best seller at the time of its release.

But cupcake or not, the techniques he describes [which he borrowed] seem perfectly sound and they clearly worked for him.  Perhaps what lingers in my mind is that he was unable to produce in the book I have used, any evidence that they worked for anyone else, so here some doubt remains.