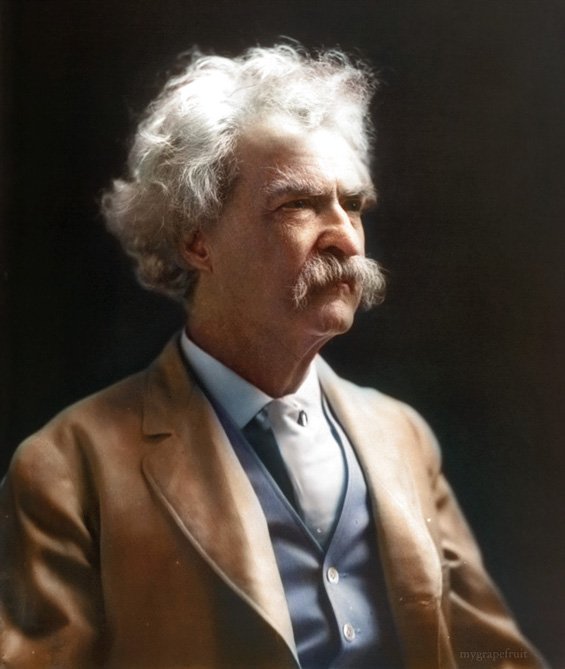 It was 1835, a time when premature babies could not be expected to live.

In fact, his mother wrote, “A lady came in one day and said you don’t expect to raise that babe do you. I said I would try. But he was a poor looking object to raise.”

Despite his premature birth, Mark Twain would live to become one of the most famous personalities in American literature. 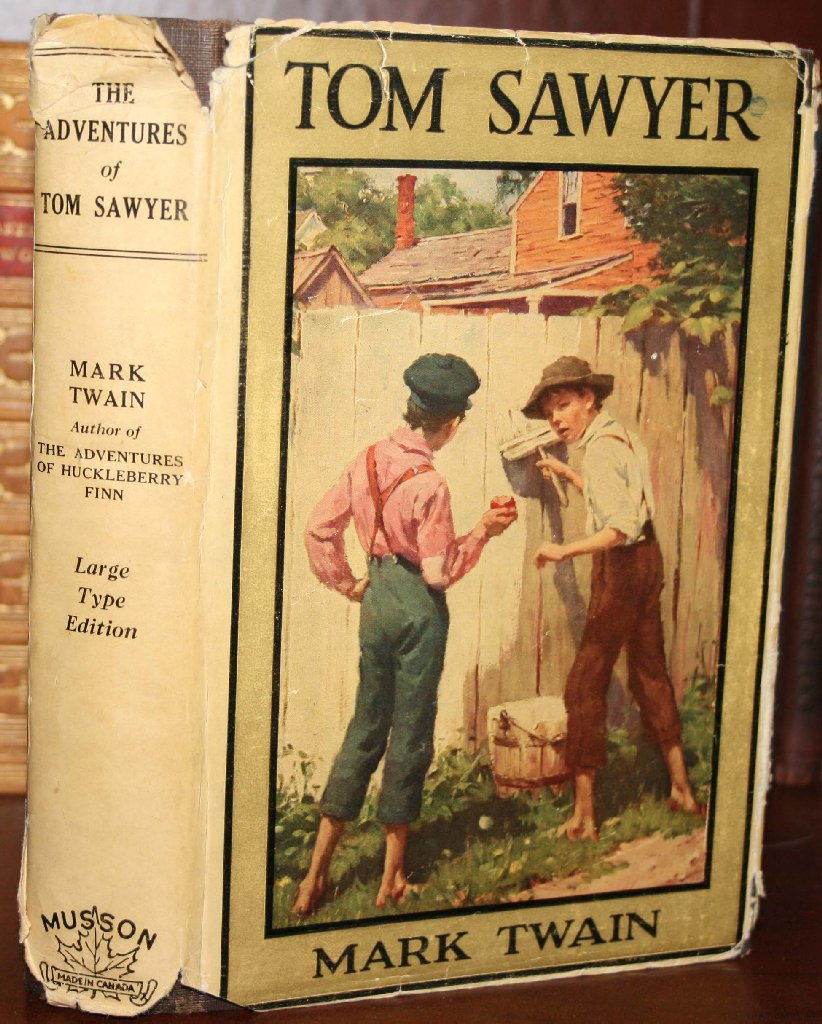 Twain grew up in Hannibal, Missouri, which provided the setting for Huckleberry Finn and Tom Sawyer. In 1847, when Twain was 11, his father, by then an attorney and judge, died of pneumonia.  The next year Twain left school to become a printer's apprentice.  In 1851, he began working as a typesetter and contributor of articles and humorous sketches for the Hannibal Journal, a newspaper his older brother Orion owned. When he was 18, he left Hannibal and worked as a printer in New York City, Philadelphia, St. Louis, and Cincinnati. He joined the newly formed International Typographical Union, the printers union, and educated himself in public libraries in the evenings, finding wider information than at a conventional school.

He later became a riverboat pilot on the Mississippi River before heading west to join Orion in Nevada. He also spent some time as a miner, although without much success, then turned to journalism and short story writing for the Virginia City Territorial Enterprise. In 1865, his humorous story, "The Celebrated Jumping Frog of Calaveras County", was published, based on a story he heard at Angels Hotel in Angels Camp, California, where he had spent time as a miner. 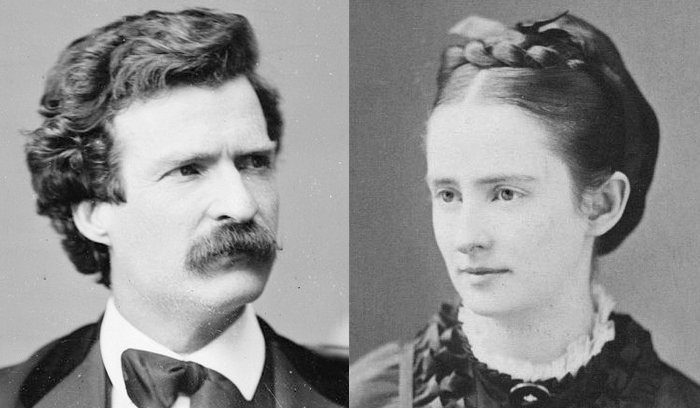 Out of the depths of my happy heart wells a great tide of love and prayer for this
priceless treasure that is confided to my lifelong keeping. You cannot see its waves
as they flow toward you, darling, but in these lines you will hear…the distant
beating of its surf.”  Letters Mark Twain writing to Olivia Langdon

In February 1870, Twain married Olivia Langdon.  Olivia came from a "wealthy but liberal family", and through her, he met abolitionists, "socialists, principled atheists and activists for women's rights and social equality", including Harriet Beecher Stowe, Frederick Douglass, and the writer and utopian socialist William Dean Howells, who became a long-time friend. The couple lived in Buffalo, New York, from 1869 to 1871 then Hartford. While they were living in Buffalo, their son Langdon died of diphtheria at age 19 months. They had three daughters: Susy (1872–1896), Clara (1874–1962)[28] and Jean (1880–1909). The couple's marriage lasted 34 years, until Olivia's death in 1904.

I [initially] wanted the American eagle to go screaming into the Pacific ... Why not spread its wings over the Philippines, I asked myself? ... … Here are a people who have suffered for three centuries. We can make them as free as ourselves… But I have thought some more, since then, and I have read carefully the treaty of Paris and I have seen that we do not intend to free, but to subjugate the people of the Philippines. We have gone there to conquer, not to redeem.
And so I am an anti-imperialist. I am opposed to having the eagle put its talons on any other land. 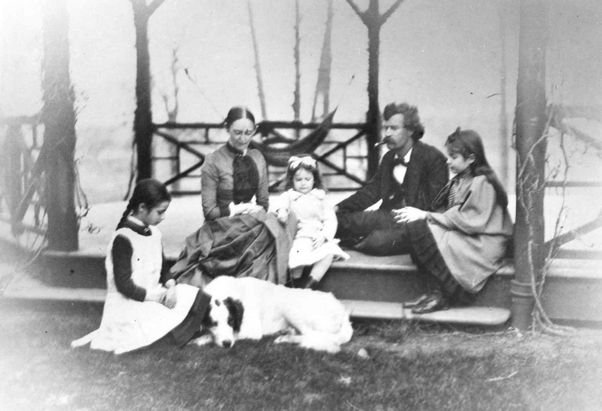 Twain passed through a period of deep depression that began in 1896 when his daughter, Susy, died of meningitis. Olivia's death in 1904 and Jean's on December 24, 1909, deepened his gloom. On May 20, 1909, his close friend Henry Rogers died suddenly.

Twain and his family summered at Quarry Farm, the home of Olivia's sister, Susan Crane. In 1874, Susan had a study built apart from the main house so that her brother-in-law would have a quiet place in which to write. During his seventeen years in Hartford (1874–1891) and over twenty summers at Quarry Farm, Twain wrote many of his classic novels, among them The Adventures of Tom Sawyer (1876), The Prince and the Pauper (1881), Life on the Mississippi (1883), Adventures of Huckleberry Finn (1885) and A Connecticut Yankee in King Arthur's Court (1889). 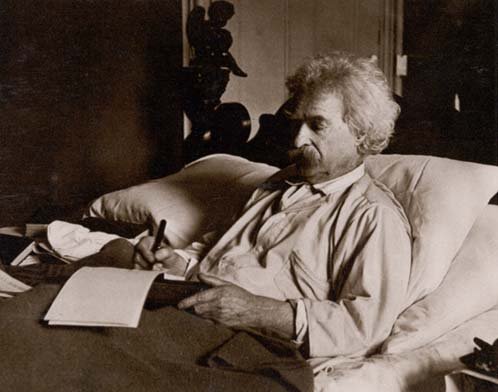 Though Twain earned a great deal of money from his writings and lectures, he invested in ventures that lost a great deal of money, notably the Paige Compositor, a mechanical typesetter, which failed because, although it was beautifully designed, was unreliable.  In the wake of these financial setbacks, he filed for protection from his creditors via bankruptcy, and with the help of Henry Huttleston Rogers eventually overcame his financial troubles. Twain chose to pay all his pre-bankruptcy creditors in full, though he had no legal responsibility to do so.

Although Twain was brought up as a Presbyterian, he was critical of organized religion.  But he did believe in the spiritual world and spent a great deal of his life wrestling with the difference between the dogma of the institutionalised Church and his own observations.  It is worth noting that he was a Freemason and belonged to Polar Star Lodge No. 79 A.F.&A.M., based in St. Louis. He was initiated an Entered Apprentice on May 22, 1861, passed to the degree of Fellow Craft on June 12, and raised to the degree of Master Mason on July 10.  He also belonged to the Society for Psychical Research. He had a fascination for time travel; his book A Connecticut Yankee in King Arthur's Court features a time traveler from the contemporary US. 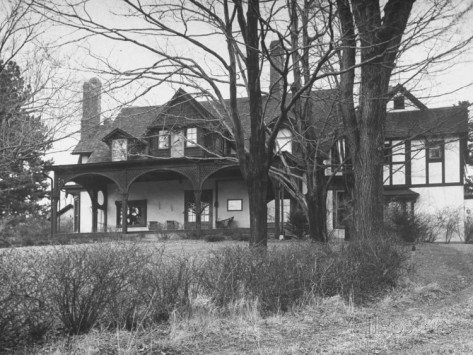 He also became a supporter of so-called alternative medicine.  Dogged by ill-health and reduced to almost permanent ill-health by conventional medicine, the Clemens family moved to London in Spring 1899 and were treated by Dr. Jonas Henrik Kellgren, a Swedish osteopath with a practice in Belgravia. They then spent the summer at Kellgren's sanatorium by the lake in the Swedish village of Sanna. Coming back in the autumn, the treatment was continued in London until Twain was convinced he was well enough to return to the USA.

Twain avoided publishing his most ‘heretical opinions’ on religion, but they are known from essays and stories that were published after his death, along with quite a few eye witness accounts of the strange things that happened to him.

In the essay Three Statements of the Eighties in the 1880s, for example, Twain stated that he believed in an almighty ‘God’/Intelligence, but that "the goodness, the justice, and the mercy of God are manifested in His works", and that "the universe is governed by strict and immutable laws". 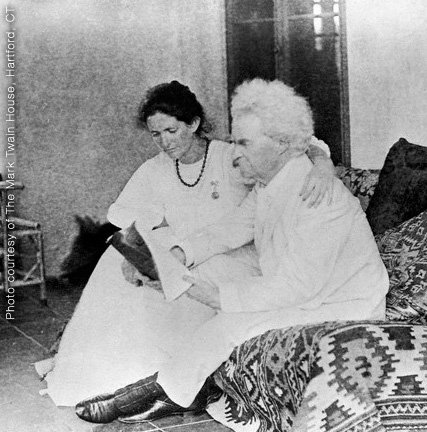 After his death, Twain's family suppressed some of his work that was especially irreverent toward conventional religion, notably Letters from the Earth, which was not published until his daughter Clara reversed her position in 1962.  The anti-religious The Mysterious Stranger was published in 1916.  Of these works, The Mysterious Stranger, depicting various visits of Satan to the Earth, is perhaps the best known. This particular work was not published in Twain's lifetime. There were three versions found in his manuscripts, made between 1897 and 1905: the Hannibal, Eseldorf, and Print Shop versions. Confusion among the versions led to an extensive publication of a jumbled version, and only recently have the original versions as Twain wrote them become available.  Twain's frankest views on religion appeared in his final work Autobiography of Mark Twain, the publication of which started in November 2010, 100 years after his death.

There is one notable thing about our [Institutionalised version of] Christianity: bad, bloody, merciless, money-grabbing, and predatory as it is—in our country particularly and in all other Christian countries in a somewhat modified degree…. Ours is a terrible religion. The fleets of the world could swim in spacious comfort in the innocent blood it has spilled.