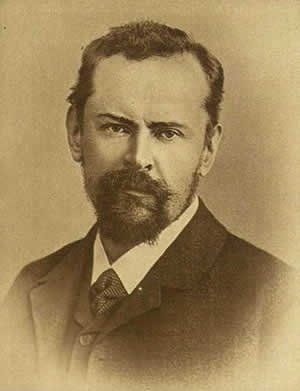 Initially, Trubetskoy turned to Schopenhauer. Study of his philosophy led Trubetskoy to a conclusion that Schopenhauer's pessimism was “the result of denial of God”, although this was in fact not the case. Schopenhauer denied the existence of the Christian invention of God as some father figure looking after us all, but for an Orthodox Christian indeed Schopenhauer's views must have seemed both alien and a little bleak. Trubetskoy himself described this dilemma in more black and white terms: "Either God exists or life is not worth living".

In 1885 Trubetskoy graduated from Moscow University and started work there as a lecturer in philosophy. He became Professor of philosophy in 1890. But in 1886 he became acquainted with the philosopher Vladimir Solovyov, who became his close friend.

Working in the same field as Solovyov, Trubetskoy sought to establish a philosophic foundation for an Orthodox Christian worldview, which would be equally rooted in faith and reason. In an interesting parallel with Walter Benjamin, who attempted much the same thing, basing his philosophy on the Jewish religion, Trubetskoy sought to base his system on some aspects of Christianity. It was a brave move but in some senses failed, as spirituality transcends religion and transcends single mystics – mystics can be found all over the world from every nationality, race and background as well as initial teaching.

Trubetskoy based his beliefs on Jesus's teachings alone, but with the advantage that he ignored any subsequent political, moral or ethical additions made by the established churches. He also sought to extend Solovyev's views that at the level at which Jesus worked, his teachings were no different to those of ancient Greece, which goes some way to understanding the nature of the mystic mind and the underlying reality.

Furthermore Trubetskoy was an adherent of direct personal revelation [individual spiritual experience] as the means by which the spiritual is understood. Needless to say his views did not go down too well with the orthodox church or his fellow intellectuals “His viewpoint differed both from the official doctrine of the Orthodox Church and from the beliefs of liberal intellectuals, who reduced the Christian faith to an egalitarian ethical system”.

In 1905 he was appointed rector of Moscow University; but he died just a month later, of a brain haemorrhage, aged just 42.