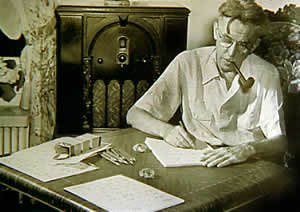 James Grover Thurber (1894 –1961) was an American author, cartoonist and ‘celebrated wit’. He was best known for his cartoons and short stories.  Thurber's concise, witty prose spanned a remarkable breadth of genres, including autobiography, fiction, children's fantasy, and modern commentary. Two of his short stories, "The Catbird Seat" and "The Secret Life of Walter Mitty," are among the best-known classics of American literature. Thurber published almost thirty books in his lifetime. 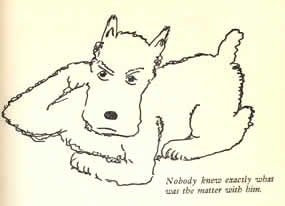 Thurber was a great lover of dogs. One of his wonderful creations was "The Dog That Bit People".  It  is the story of Thurber's Airedale Terrier Muggs, the worst of the many pet dogs he had during his lifetime. Not only did Muggs bite family members, neighbours, and salesmen, he also bit a congressman and Lieutenant-Governor Malloy while they were visiting Thurber's father. The family gave boxes of candy at Christmas to all those the dog had bitten during the previous year.

Where did Thurber get his inspiration? One source was his parents.   His father, a ‘sporadically employed clerk and minor politician who dreamed of being a lawyer or an actor’, is said to have been the inspiration for the small, timid protagonist typical of many of his stories. Thurber described his mother as a "born comedian" and "one of the finest comic talents I think I have ever known."

But there is a sadder side to his genius.   Thurber had two brothers, William and Robert. Once, while playing a game of William Tell, his brother shot James in the eye with an arrow, and Thurber lost that eye. Unable in childhood to participate in sports and activities because of his injury, he developed a creative imagination, which he expressed in his writing. 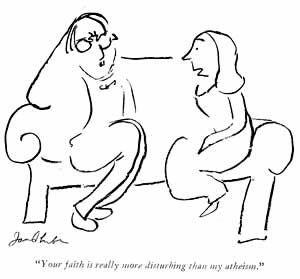 From 1913 to 1918, Thurber attended The Ohio State University, but he never graduated because his poor eyesight prevented him from taking a mandatory ROTC course.  Instead, after World War I, he began his career as a reporter. He wrote for the Chicago Tribune and in 1925, Thurber moved to Greenwich Village in New York City, getting a job as a reporter for the New York Evening Post. He joined the staff of The New Yorker in 1927. His career as a cartoonist began in 1930 after a friend found some of Thurber's drawings in a trash can and submitted them for publication.

Thurber's wry humour showed great sensitivity to human fears and follies. Thurber's first book, Is Sex Necessary?, appeared in 1929. The book presented Thurber's drawings as well and instantly established him as a true comedic talent. Thurber left The New Yorker in 1933, but remained a contributor. In the 1950s Thurber published modern fairy tales for children.

His eyesight became worse in the 1940s, and by the 1950s his blindness was nearly total.

He died in 1961, at the age of 66, due to complications from pneumonia, which followed upon a stroke suffered at his home. 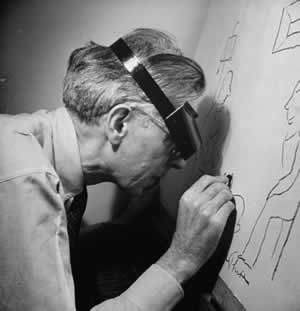 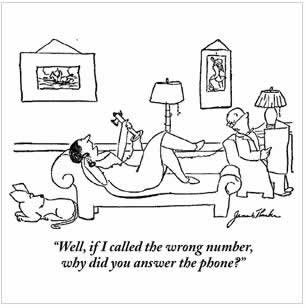