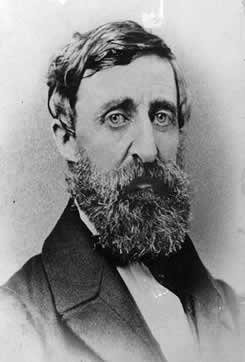 Henry David Thoreau (1817 – 1862) was an American author, poet, philosopher, abolitionist, naturalist,  surveyor, and historian. He was also a 'modern mystic', sharing his views of the spiritual world with many who come to know from experience rather than books and dogma.

Thoreau has been described as “a philosopher of nature ”. He was a friend of Ralph Waldo Emerson whose philosophy was much the same.  Both believed that  Nature was the outward sign of inward spirit, expressing the "radical correspondence of visible things and human thoughts." 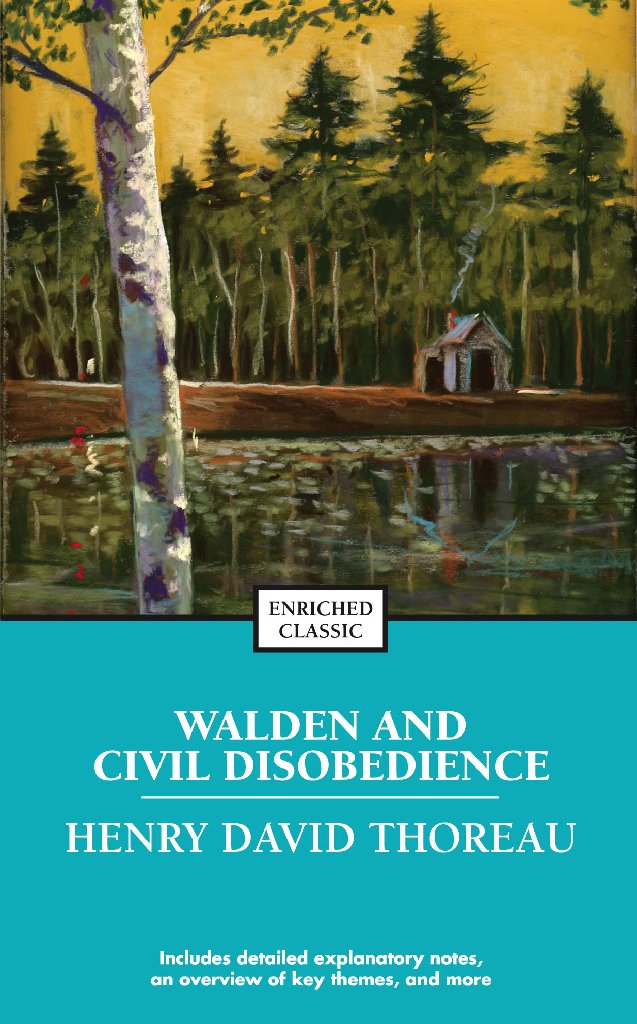 Thoreau is best known for his book Walden, a reflection upon simple living in natural surroundings,  one of the best books written about the concept of the Safe House, with the added advantage that it is written from practical experience.

Thoreau embarked on his two-year experiment in simple living , in 1845, when he moved to a small, self-built house on land owned by Emerson in a second-growth forest around the shores of Walden Pond. The house was in "a pretty pasture and woodlot" of 14 acres , 1.5 miles from his family home.

Thoreau left Walden Pond in September 1847.   Over several years, he continuously revised his manuscript and in 1854, it was published as Walden, or Life in the Woods, recounting the two years, two months, and two days he had spent at Walden Pond. The book compresses that time into a single calendar year, using the passage of four seasons - you need to follow the link to understand why he did this - briefly it symbolises the spiritual quest. 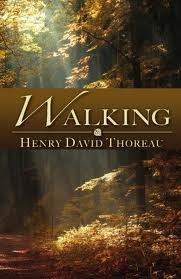 I went to the woods because I wished to live deliberately, to front only the essential facts of life, and see if I could not learn what it had to teach, and not, when I came to die, discover that I had not lived.

I did not wish to live what was not life, living is so dear; nor did I wish to practise resignation, unless it was quite necessary.

I wanted to live deep and suck out all the marrow of life, to live so sturdily and Spartan-like as to put to rout all that was not life, to cut a broad swath and shave close, to drive life into a corner, and reduce it to its lowest terms, and, if it proved to be mean, why then to get the whole and genuine meanness of it, and publish its meanness to the world; or if it were sublime, to know it by experience, and be able to give a true account of it in my next excursion.
— Henry David Thoreau, Walden, "Where I Lived, and What I Lived For" 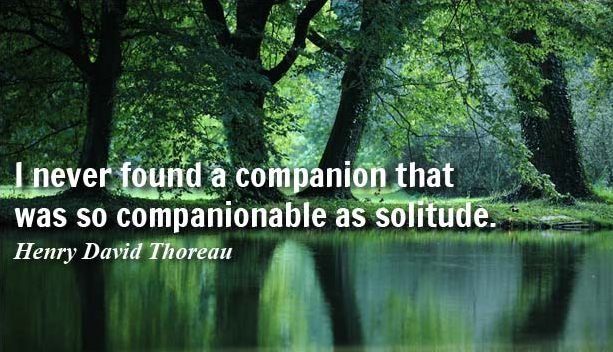 Thoreau was an early advocate of recreational hiking and canoeing, of conserving natural resources on private land, and of preserving wilderness as public land.  The wildness he enjoyed was the nearby swamp or forest, and he preferred "partially cultivated country." His idea of being "far in the recesses of the wilderness" of Maine was to "travel the logger's path and the Indian trail," but he also hiked on pristine untouched land. 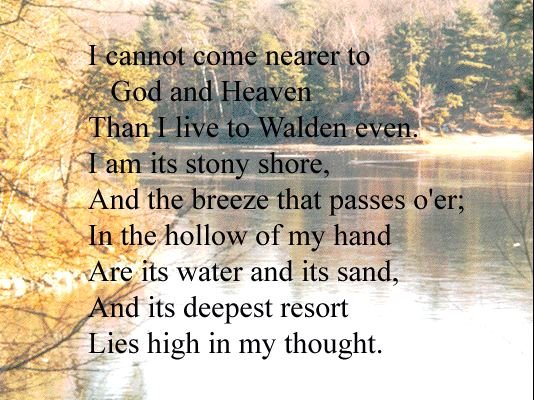 Suppression as a way of living

Most of the luxuries and many of the so-called comforts of life are not only not indispensable, but positive hindrances to the elevation of mankind." — Thoreau

Thoreau was not some modern ascetic, nor did he spurn the advantages of 'civilisation', but what he disliked was unnecessary excess.  He did not embark on his projects to 'suffer', but to be happy and immerse himself in spiritual life.

All of Thoreau's philosophy was based on the techniques of suppression – suppression of obligations, suppression of objectives and unnecessary desires and the simplification of beliefs and thus suppression of memory.  He also believed in minimising [suppressing] threats - which is why he chose Walden pond as his safe house, somewhere where he could avoid conflict, could be warm if he worked at it, could eat simply from growing his own food and could live with the minimum needed to be happy. 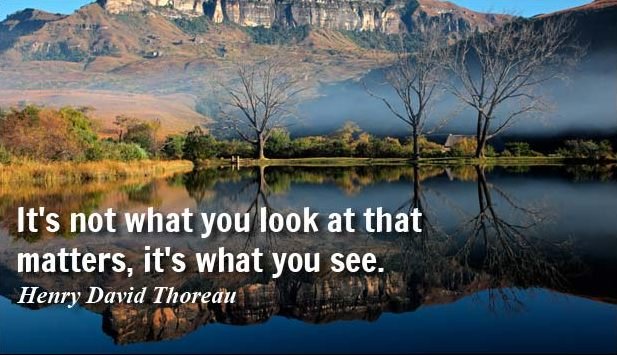 As part of this overall philosophical approach, Thoreau is also known for his 'Civil Disobedience,' an argument for individual resistance to civil government in moral opposition to an unjust state.  It combines the concept of justice with that of the suppression of unnecessary power.  Philosophically he was a believer in the light hand of government and one who lived in the fervent hope that men would be sufficiently well organised and 'moral' eventually that government [as we suffer it now] would no longer be necessary.  Even then, in the mid 1800s, he felt the obligations imposed by the state to be onerous [what would he have thought now?] and railed against the idea that governments could start wars against the wishes of the majority of their populace. 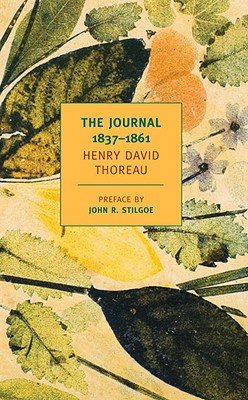 Thoreau's entire philosophy was based on the principle of not hurting others or the environment.

He deplored waste, for example and supported preservation.  He became almost a vegetarian, but for practical purposes.

He wrote in Walden: "The practical objection to animal food in my case was its uncleanness; and besides, when I had caught and cleaned and cooked and eaten my fish, they seemed not to have fed me essentially. It was insignificant and unnecessary, and cost more than it came to. A little bread or a few potatoes would have done as well, with less trouble and filth."

In 1851, Thoreau became increasingly fascinated with natural history and  kept detailed observations on Concord's nature lore, recording everything from how the fruit ripened over time to the fluctuating depths of Walden Pond and the days certain birds migrated. He became a land surveyor and kept a series of notebooks, and these observations became the source for Thoreau's late natural history writings  such as Autumnal Tints, The Succession of Trees, and Wild Apples, an essay lamenting the destruction of indigenous and wild apple species.

As such Thoreau lived what he believed.   At times one can see some fascinating parallels between him and Rudolf Steiner.  Among his lasting contributions were his writings on natural history, where he anticipated the methods and findings of ecology and environmental history, two sources of modern day environmentalism. 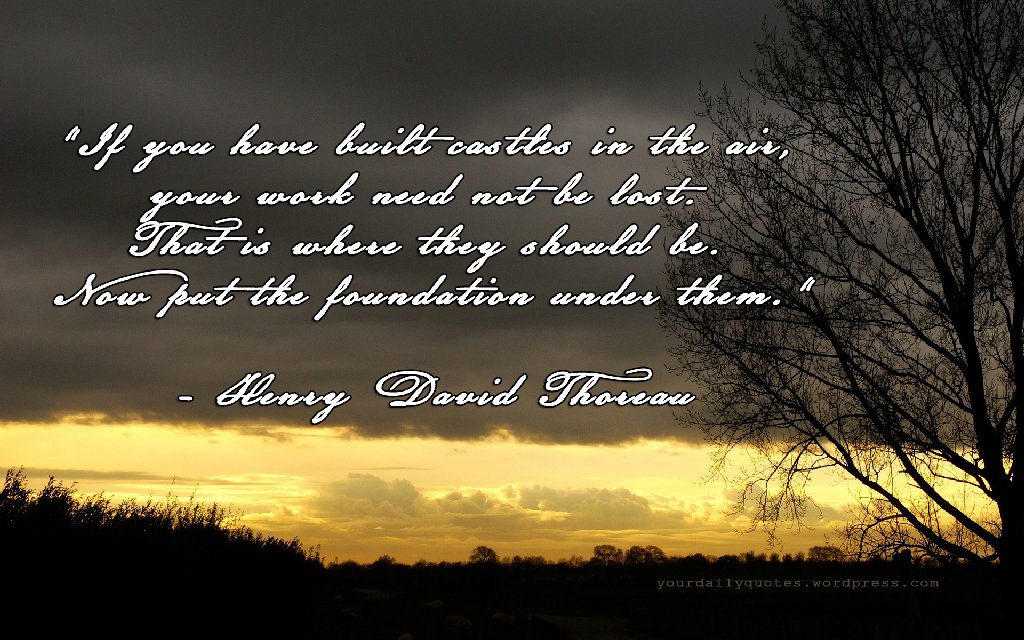 Thoreau contracted tuberculosis in 1835, when he was 18,  and suffered from it sporadically afterwards. In 1859, following a late night excursion to count the rings of tree stumps during a rain storm, he became ill with bronchitis. His health declined over three years with brief periods of remission, until he eventually became bedridden.

Recognizing the terminal nature of his disease, Thoreau spent his last years revising and editing his unpublished works, particularly The Maine Woods and Excursions, and petitioning publishers to print revised editions of Walden. He also wrote letters and journal entries until he became too weak to continue. His friends were alarmed at his appearance and were fascinated by his tranquil acceptance of death. When his aunt Louisa asked him in his last weeks if he had made his peace with God, Thoreau responded: "I did not know we had ever quarreled."

Aware he was dying, Thoreau's last words were "Now comes good sailing", followed by two lone words, "moose" and "Indian".  Off to the Happy Hunting Grounds.  He died on May 6, 1862 at age 44. 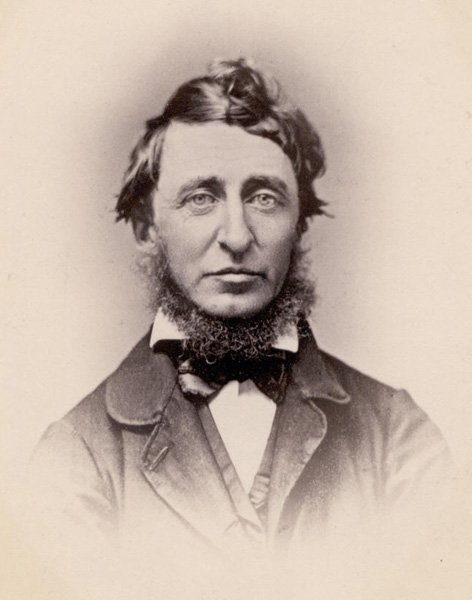 From where did Thoreau get his inspiration?  I have outlined most of the principal activities above, but there is one other tantalising attribute of Thoreau's that is difficult to prove.

I think he was probably left handed. 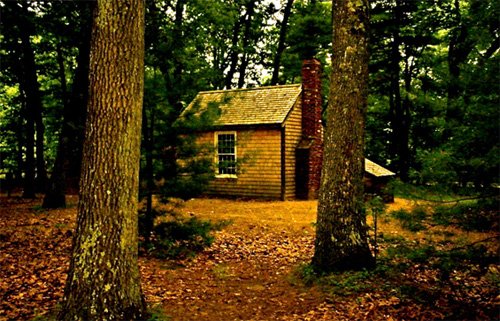