The Twelve Keys of Basil Valentine 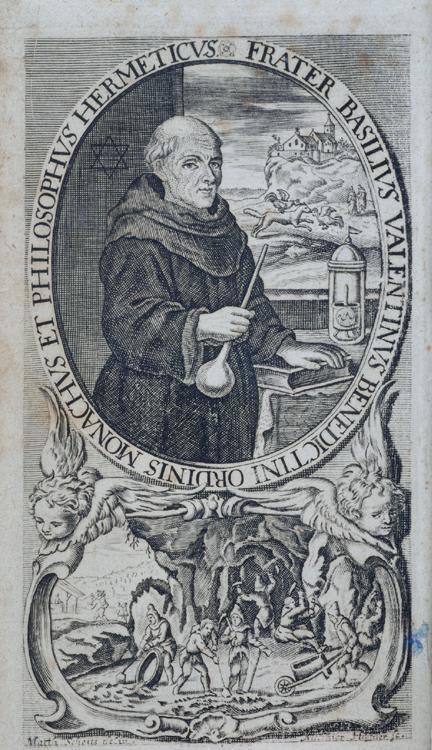 Basilius Valentinus was alleged to be a 15th-century alchemist, but the reality is that we do not know who wrote this tract. The ‘Basil Valentine’ writings provide twelve “keys”, a widely reproduced series of alchemical operations encoded allegorically, in words.

Images were then added later, as such, since the texts predate the images, the texts should be considered primary. In adding the link to the symbol section I have based it on the text and not the image.  The alchemy is spiritual alchemy and the ‘keys’ theoretically describe the stages of the spiritual path.

The keys are not in ‘order’.  The spiritual path stages can repeat, can occasionally not be used and are unique for each person, thus a prescriptive approach is by definition inappropriate, although a generic logical order is possible.  As will be seen from the spiritual path example given on the site, Valentine’s stages do not match this at the level of the main activities, but there is a mapping to the 12 places on the clock, as such Valentine’s stages can be mapped to the activities on the more simple path on the site.  Remember, however, that key 12 is not necessarily stage 12.

The first Basil Valentine book to discuss the keys was Ein kurtz summarischer Tractat, von dem grossen Stein der Uralten ("A Short Summary Tract: Of the great stone of the ancients"), 1599.   The 1599 edition did not include illustrations.

The first part of this book was a discussion of general alchemical principles and advice about the philosopher's stone. The second half of Ein kurtz summarischer Tractat, under the subtitle "The Twelve Keys", contains the twelve short chapters. Each chapter, or "key", is thus an allegorical description of one step in the process by which the ‘philosopher's stone’ may be created.

Principe, Lawrence M. (2013). The Secrets of Alchemy.
The keys are written in such a fashion as to conceal as well as to illuminate: only a knowledgeable reader or alchemical adept was expected to correctly interpret the veiled language of the allegorical text and its related images.

Woodcuts appear in the 1602 edition. Engravings for all twelve steps first appear in Tripus Aureus ("Golden Trilogy") of 1618, a Latin translation by Michael Maier which includes three works, the first of which is Basil Valentine.  The pictures in the observations are from ''The Twelve Keys of Basil Valentine'', as engraved by Matthaeus Merian (1593–1650), and published in the collection ''Musaeum hermeticum'', Francofurti : Apud Hermannum à Sande, 1678