The Marriage of Philology and Mercury

Martianus Minneus Felix Capella was a Latin prose writer, active during the 5th century. He was a Neoplatonist at a time when Christianity was gaining ground in the Roman Empire of which he was a part. According to Cassiodorus, he was a native of Madaura—which had been the native city of Apuleius—in the Roman province of Africa (now Souk Ahras, Algeria). And Martianus is principally known for his one famous book – The Marriage of Philology and Mercury. Carefully worded to avoid any repercussions and employing considerable symbolism, it is regarded today as something of a curiosity rather than a key philosophical treatise. But at the time it was written De Nuptiis was regarded as a hugely important work. 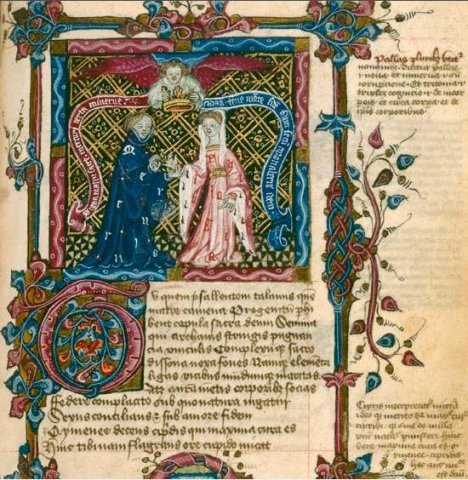 De nuptiis Philologiae et Mercurii (On the Marriage of Philology and Mercury), is according to Wikipedia “an elaborate didactic allegory written in a mixture of prose and elaborately allusive verse, a prosimetrum in the manner of the Menippean satires of Varro. The style is wordy and involved, loaded with metaphor and bizarre expressions. The book was of great importance in defining the standard formula of academic learning from the Christianized Roman Empire of the fifth century until the Renaissance of the 12th century. This formula included a medieval love for allegory (in particular personifications) as a means of presenting knowledge, and a structuring of that learning around the seven liberal arts”.

So there you go. But this is not quite true. It is more symbol than allegory and describes the Chemical wedding or the Mystic marriage.

The story describes the courtship of Mercury [Intellect the Conscious, the masculine], who has been initially refused by Wisdom and Divination [the Higher spirit] with the maiden Philologia [the Subconscious and the feminine], and the end result which is immortality under the protection of the gods, the Muses, the Cardinal Virtues and the Graces. The story bears remarkable parallels with the Hypnerotomachia Poliphili and the Romance of the Rose. Originally it was a book describing the spiritual path.

But here we run into problems. There were no printing presses in Capella's day and any copies of the book were indeed copies, laboriously copied out by hand. A note written by one Securus Memor Felix, who was intending to produce an edition, indicates that by about 534 the dense and convoluted text of De nuptiis had already become hopelessly corrupted by scribal errors. And it seemingly got adapted to suit the different objectives of those who came later.

Among the wedding gifts are seven maids who will be Philology's servants. In the original version it is likely these would have been the Planets – the symbolic planets with the attributes associated with each Planet. In essence, the description would have been astrological not astronomical. 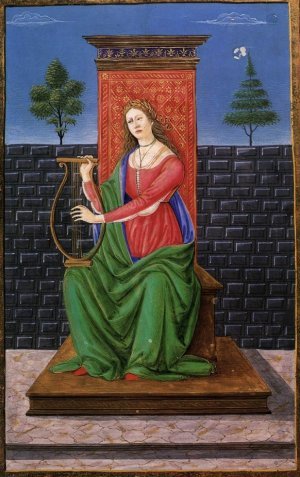 But in the versions of the book now available the seven planets have become the seven liberal arts: Grammar (an old woman with a knife for excising children's grammatical errors), Dialectic, Rhetoric (a tall woman with a dress decorated with figures of speech and armed in a fashion to harm adversaries), Geometry, Arithmetic, Astronomy and (musical) Harmony. As each art is introduced, she gives an exposition of the principles of the science she represents, thereby providing a summary of the seven liberal arts. Two other arts, Architecture and Medicine, are present at the feast, but 'were to keep silent in the company of the celestial deities'. The eighth book describes a modified geocentric model, in which the 'Earth' is at rest in the center of the universe and circled by the Moon, the Sun, three Planets and the Stars, while Mercury and Venus circle the Sun. It is symbolic - see the Egg.

So what we actually have is probably a pale Christianised shadow of what Capellanus originally intended with some rather tantalising passages that indicate it might have once been a very interesting read, maybe even on a level with Christian Rosenkreuntz and the Chemical Wedding. But this is pure speculation, we will never know.

In its adapted form, the book was read, taught, and commented upon throughout the early Middle Ages and shaped European education during the early medieval period and the Carolingian renaissance. It was commented upon copiously: by John Scotus Erigena, Hadoard, Alexander Neckham, and Remigius of Auxerre. In the eleventh century the German monk Notker Labeo translated the first two books into Old High German.