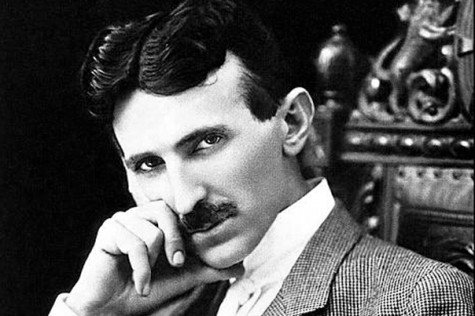 Nikola Tesla, the eccentric - and unbelievably under-rated - genius known as the ‘wild man of electronics’, was without doubt one of the greatest minds in the history of the human race.

Admittedly, he also had more loose screws than a Mechano set. If it weren't for this slightly manic genius, you wouldn't be reading this page, you probably wouldn't be doing it in a brightly-lighted room - and you certainly wouldn't be reading it on your computer. Tesla invented the alternating-current generator that provides your light and electricity, the transformer through which it is sent, and even the high voltage coil of your picture tube. The Tesla Coil, in fact, is used in radios, television sets, and a wide range of other electronic equipment - invented in 1891, no-one's ever come up with anything better.
. . . . . . . . . . . . . . . . . . . .

Always, Tesla returned to electricity - Tesla loved electricity, and was fascinated with lighting, speaking often of some future world filled with electric light. In a determined effort to prove the safety of his new alternating-current lighting system, Tesla would often light lamps by using his own body as an electrical conductor, to the somewhat muted cheers of an uneasy audience. Even apart from the first AC motor, the radio, the Tesla Coil, vacuum tubes, X-rays, and hydroelectric generators, Tesla had time to develop: 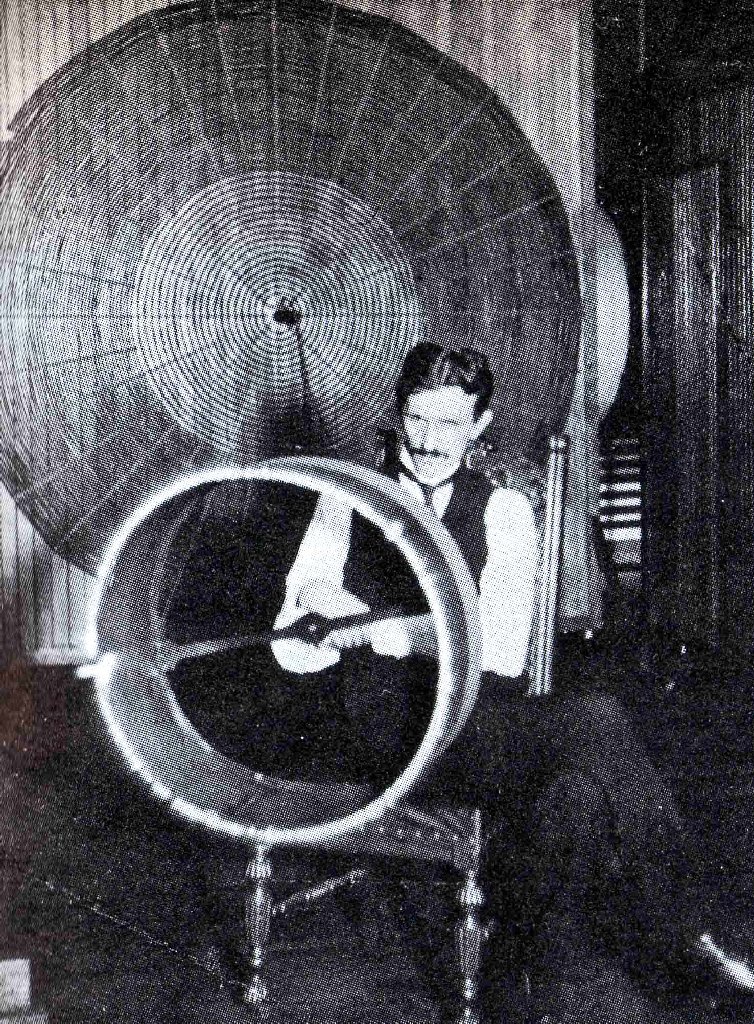 Tesla was already capable of achieving many things normally attributable to those whose ‘composers’ are fully active permanently and transmitting visions and hallucinations on a semi permanent basis.  Long before he started to experiment in a major way with electromagnetic radiation, he was capable of memorizing complete books.  Tesla supposedly had a photographic memory – perception recall.

Tesla also often had flashbacks to events that had happened previously in his life – past lives and perception recall . 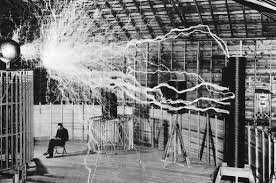 So he was born a genius.  He had inherited genes.  But he had moments of extraordinary invisible input - inspiration , hallucinations and visions which could well have been triggered further by his exposure to electromagnetic radiation.

Perhaps key to this is that he was exposed from a very early date to magnetic fields.  In 1882, for example, he moved to Paris. According to his autobiography, in the same year he conceived the induction motor and began developing various devices that use rotating magnetic fields for which he received patents in 1888.

Not long afterwards,  Tesla was awakened from a dream in which his mother had died, "And I knew that this was so" -  so Invisible input - prophecy.

Tesla also experimented with very low frequency radiation and particularly ELF radiation.  He transmitted extremely low frequencies through the ground as well as between the Earth's surface and the Kennelly–Heaviside layer. In his experiments, he made mathematical calculations and computations based on his experiments and discovered that the resonant frequency of the Earth was approximately 8 hertz (Hz). In the 1950s, researchers confirmed that the resonant frequency of the Earth's ionospheric cavity was in this range (later named the Schumann resonance). 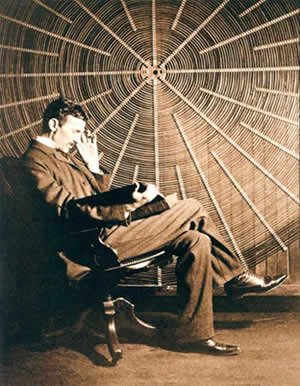 Transformers are sources of low frequency magnetic radiation.  They increase or decrease voltages and are used in power plants, substations, residential areas and industrial zones.

For more details I thoroughly recommend the following book which is a gold mine of well researched information about Tesla as well as being a good read.