His three ballets (The Nutcracker, Swan Lake, The Sleeping Beauty) and Marche Slave, along with his First Piano Concerto and his Violin Concerto, the last three of his six numbered symphonies and his operas The Queen of Spades and Eugene Onegin, are among his most familiar works.

Almost as popular are the Manfred Symphony, Francesca da Rimini, the Capriccio Italien and the Serenade for Strings. He was the first Russian composer to make a lasting impression internationally.

Tchaikovsky took piano lessons from the age of five. A precocious pupil, he could read music as adeptly as his teacher within three years. His parents were initially supportive, hiring a tutor, and encouraging his study of the piano. However this did not last.

In 1850, the family decided  to send Tchaikovsky to the Imperial School of Jurisprudence in Saint Petersburg. Tchaikovsky was only 10 at the time and was required to board at the preparatory school, 800 miles from his family. 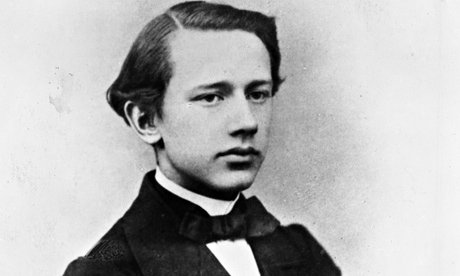 Tchaikovsky's separation from his mother to attend boarding school caused an emotional trauma that tormented him throughout his life. Her death from cholera in 1854, when he was just  14,  further devastated him. He mourned his mother's loss for the rest of his life and called it "the crucial event" that ultimately shaped it. More than 25 years after his loss, Tchaikovsky wrote to his patroness  "Every moment of that appalling day is as vivid to me as though it were yesterday."   The loss also prompted Tchaikovsky to make his first serious attempt at composition, a waltz in her memory. 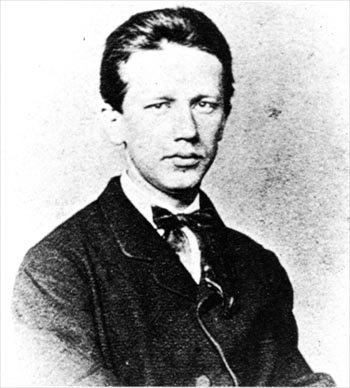 In 1862,  Tchaikovsky enrolled at the Saint Petersburg Conservatory.   His teacher, Rubinstein, was impressed by Tchaikovsky's musical talent later calling him  "a composer of genius", but there was considerable criticism levelled at him from other quarters.  The Conservatory provided him with an unorthodox musical training which set him apart from other Russian composers.  He forged a personal but unmistakable new style—a task that did not prove easy. He suffered from endless lapses in self confidence, assailed from one side by criticism from his Russian contemporaries and on the other by Western European composers and critics.

Despite opposition, Tchaikovsky's First Symphony was given its first complete performance in Moscow in February 1868.  After graduating from the Conservatory, Tchaikovsky was offered the post of Professor of Music Theory at the Moscow Conservatory. From 1867 to 1878, Tchaikovsky combined his professorial duties with music criticism and composing. 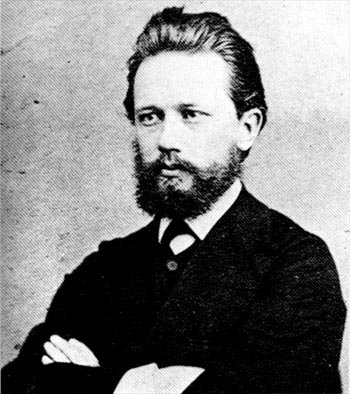 Balakirev, one of the more Russian oriented composers,  helped Tchaikovsky with his first recognized masterpiece, the fantasy-overture Romeo and Juliet, this was followed by his Second Symphony.   Despite his collaboration with Balakirev, Tchaikovsky made considerable efforts to ensure his musical independence.   Other works around this period include the Variations on a Rococo Theme for cello and orchestra, the Second and Fourth Symphonies and the ballet Swan Lake.

Tchaikovsky's life was riddled with personal crises and depression. He has been classified by psychologists studying his life as a manic depressive. Read about the emotional ups and downs he had and you can well see why. Contributory factors to his mental problems include his having to leave his mother for boarding school, his mother's early death and his private life.

His private life caused him endless torment.  Tchaikovsky lived as a bachelor most of his life. He has been labeled, by those who like sexual labels, as a homosexual, but we shall see in a moment that that was not quite the whole picture.  More important is how he felt about any homosexual leanings and it did appear to cause him considerable anguish – not from guilt but from fear.  He was deeply aware of the negative consequences that may accrue to him and his family, if it were known.
“ general intolerance of same-sex orientation was the rule in 19th century Russia, punishable by imprisonment, loss of all rights, banishment to the provinces or exile from Russia altogether; therefore, Tchaikovsky's fear was grounded” 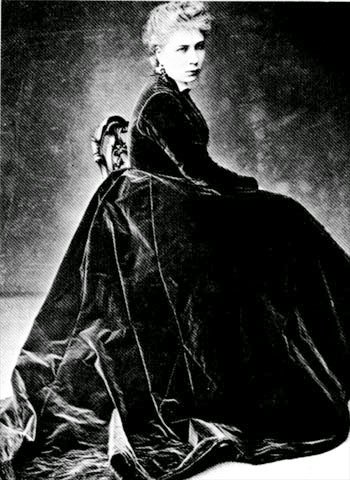 In 1868, Tchaikovsky met Belgian soprano Désirée Artôt, "one of the most lustrous opera stars of her day,"  Tchaikovsky and Artôt became infatuated and engaged to be married.  However, on September 15, 1869, without any communication with Tchaikovsky, Artôt married a Spanish baritone.  According to those who appear not to understand what this can do to anyone “Tchaikovsky swiftly got over the affair”.  Why then did he include Désirée's name into the Piano Concerto No. 1 in B-flat minor and the tone-poem Fatum?  They met on a handful of later occasions and, in October 1888, he wrote Six French Songs, Op. 65, for her. Tchaikovsky later claimed she was the only woman he ever loved.

By the end of 1876, Tchaikovsky had fallen in love with Iosif Kotek, a former student from the Moscow Conservatory. The composer distanced himself a few months later when Kotek proved to be unfaithful. At roughly the same time another friend, Vladimir Shilovsky, suddenly married. Tchaikovsky did not take the news well. He and Shilovsky, 'had shared a mutual bond of affection' for just over a decade. 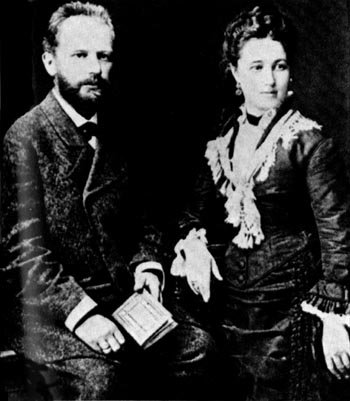 In 1877, at the age of 37, he married a former student, Antonina Miliukova. The marriage was a disaster. The couple lived together for only two and a half months before Tchaikovsky left, overwrought emotionally and suffering from an acute writer's block.   Tchaikovsky's family remained supportive of him during this crisis and he was also aided by Nadezhda von Meck his patroness of whom more in a moment.  Tchaikovsky remained abroad for a year after the disintegration of his marriage, during which he completed Eugene Onegin, orchestrated the Fourth Symphony and composed the Violin Concerto.

So simple labelling does not work with Tchaikovsky, he was not an anything sexually, he was a man driven by passions and those passions could go in any direction.  It was love and passion as the principle driver, not sex.  Listen to his music, it is there in every bar, in every note. 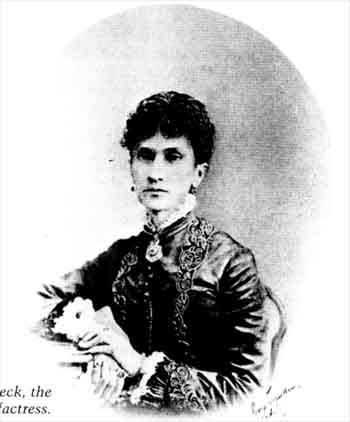 In 1880, Nikolai Rubinstein suggested that Tchaikovsky write a grand commemorative piece. Tchaikovsky finished it within six weeks. He wrote to Nadezhda von Meck that the resulting work, the 1812 Overture, would be "very loud and noisy, but I wrote it with no warm feeling of love, and therefore there will probably be no artistic merit in it."  Nevertheless, this work has become for many "the piece by Tchaikovsky they know best."  It is not on this website.  Tchaikovsky was right.

Grief and love played an equal part in inspiring Tchaikovsky.  When his old supporter and friend Niikolai Rubinstein died,  Tchaikovsky, wrote his Piano Trio in A minor, "dedicated to the memory of a great artist."  This does have all the passion of grief woven into it.

It is the passions that tend to support the view that there was indeed a lot of the manic in Tchaikovsky. “There's no doubt that for some months on end I was a bit insane and only now, when I'm completely recovered, have I learned to relate objectively to everything which I did during my brief insanity. That man who in May took it into his head to marry Antonina Ivanova, who during June wrote a whole opera as though nothing had happened, who in July married, who in September fled from his wife, who in November railed at Rome and so on—that man wasn't I, but another Pyotr Ilyich” [letter to Tchaikovsky's brother Anatoly, written in Florence, February 18, 1878]. 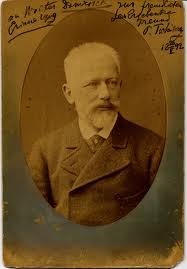 And there was also a great deal of the depressive.  The depression came from the criticism and the consequences of his manic excesses.  He suffered the manic's inability to deal with money and in his depressive phases the resulting money problems and an inability to compose compounded the situation and drove Tchaikovsky to deeper levels of despair.

He also suffered at the hands of the critics in some truly brutal attacks.  Tchaikovsky's music was dismissed as "lacking in elevated thought," according to longtime New York Times music critic Harold C. Schonberg, and its formal workings were derided as deficient for “not following Western principles stringently”.  Cesar Cui, who championed the nationalist cause as a music critic, wrote a blistering review of a cantata Tchaikovsky had composed as his graduation thesis. The review devastated the composer.  In 1888, Tchaikovsky led the premiere of his Fifth Symphony, Cui called the symphony "routine".  The first Tchaikovsky opera to survive intact, The Oprichnik, premiered in 1874.  Cui wrote a "characteristically savage press attack" on the opera.

Interestingly, Tchaikovsky's main supporters were the musicians who performed his work and his audiences.  Gradually the Russian public began listening with increasing appreciation.  Of the premiere of his Orchestral Suite No. 3 in January 1885 Tchaikovsky wrote: "I have never seen such a triumph. I saw the whole audience was moved, and grateful to me. These moments are the finest adornments of an artist's life. Thanks to these it is worth living and laboring."

Tchaikovsky's successes were won with tremendous effort. The disappointments in between exacerbated a lifelong sensitivity to criticism. Whilst his teacher Nikolai Rubinstein, for example, expended considerable effort in spreading Tchaikovsky's music, he was also given to fits of rage in private with the composer in critiquing it. One of these rages, later documented by Tchaikovsky, involved Rubinstein's rejection of the First Piano Concerto.

The final blow to Tchaikovsky's fragile self came from the tragedy surrounding his patron and supporter Nadezhda Von Meck.  She and Tchaikovsky exchanged well over 1,000 letters in which Tchaikovsky was more open about his creative processes than he was to any other person.  With her patronage came a relationship that, 'while remaining epistolary', grew extremely intimate. This was indeed love.

But in 1890 she was forced to cease her financial subsidy as a result of her own financial difficulties. Her jealous son-in-law saw to it that the friendship ceased too.  Nadezhda's friendship and encouragement had remained an integral part of Tchaikovsky's emotional life. He remained bewildered and grief stricken about her apparent dismissal of him for the remaining three years of his life.  What is perhaps equally tragic is that she was just as distressed about his apparent abandonment of her.  The nasty son-in-law led her to believe Tchaikovsky had never cared for her personally and he had no further use for her once her subsidy had stopped. This was completely untrue, as such the grief was felt on both sides.

On 30 October 1893, Tchaikovsky conducted the premiere of his Sixth Symphony, the Pathétique in Saint Petersburg. Nine days later, Tchaikovsky died there, aged 53. His sudden death is generally ascribed to cholera; there is an ongoing debate as to whether it was accidental or self-inflicted.

Generally speaking, the germ of a composition comes suddenly and unexpectedly. It would be vain to try to put into words that immeasurable sense of bliss which comes over me directly a new idea awakens in me and begins to assume a definite form. I forget everything and behave like a madman. Everything within me starts pulsing and quivering; hardly have I begun the sketch ere one thought follows another. In the midst of this magic process, it frequently happens that some external interruption wakes me from my somnambulistic state; . . dreadful indeed are such interruptions. Sometimes they break the thread of inspiration for a considerable time so that I have to seek it again often in vain. 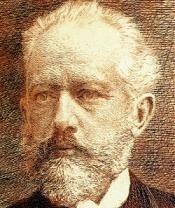 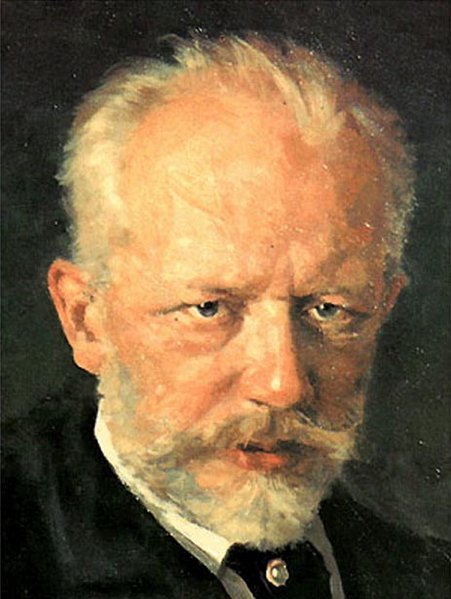