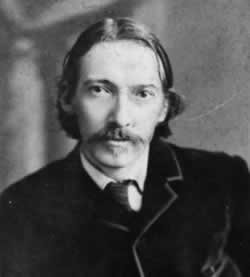 Robert Louis Balfour Stevenson (1850 – 1894) was a Scottish novelist, poet, essayist, and travel writer. His most famous works are Treasure Island, Kidnapped, and Strange Case of Dr Jekyll and Mr Hyde.  What is less known is that  he was musical and wrote over 123 original musical compositions for the flageolet, flute, clarinet, violin, guitar, mandolin, and piano.  A literary celebrity during his lifetime, Stevenson now ranks among the 26 most translated authors in the world.

Stevenson was born in Edinburgh.  His mother's father was a minister of the Church of Scotland.  Stevenson spent the greater part of his boyhood holidays in his house.

I often wonder what I inherited from this old minister. I must suppose, indeed, that he was fond of preaching sermons, and so am I, though I never heard it maintained that either of us loved to hear them.

Stevenson's nurse, Alison Cunningham was fervently religious. Her Calvinism was an early source of nightmares.  But she “also cared for him tenderly in illness, reading to him from Bunyan and the Bible as he lay sick in bed, and telling tales of the Covenanters”.  That must have been very comforting I'm sure.

When he became an adult,  Stevenson rejected the Christianity of his parents, his grandfather and his nurse. Questioning his son about his beliefs, his father became distraught "You have rendered my whole life a failure".  Stevenson however seems rather pleased at his breakthrough “what a pleasant thing it is to have damned the happiness of (probably) the only two people who care a damn about you in the world”.

'a mere complication of cough and bones'

So since religion was not his inspiration, what was?  Illness, sadly it is [yet again] illness. Stevenson had some form of obstructive lung disease.

Stevenson inherited a tendency to 'coughs and fevers' ['flu and colds],  the tendency to extreme sickness in winter remained with him until he was eleven. Illness would be a recurrent feature of his entire adult life and left him extraordinarily thin. In later years he resorted to morphine to help him with the pain.  Needless to say this proved both a boon and a curse.  He must have been quite striking in appearance – a gaunt, pale, tall man with a wracking cough, with long hair and dressed in a velveteen jacket.

Contemporary views were that he had tuberculosis, “but more recent views are that it was bronchiectasis, bronchitis or some other obstructive lung disease”.  Most houses were heated by coal at that time and air pollution from smoke in most cities was extreme.  My father developed emphysema from the smogs of the city.  Even in my childhood, thick smogs in winter and bronchitis were common.  Very large numbers of people had 'weak chests' . Stevenson's  frequent illnesses often kept him away from school, and he was taught for long stretches by private tutors.

In November 1873 Stevenson's health failed drastically, and he was sent to Menton on the French Riviera to recuperate. He returned in better health in April 1874 and settled down to his studies.  From this point, all his energies were devoted to travel and writing.

In September 1876, he  met Fanny Van de Grift Osbourne (1840–1914) an American living with her children in France and separated from her husband.  He wrote to her and they met again early in 1877 and became lovers. Stevenson spent much of the following year with her and her children in France. In August 1878 Fanny returned to San Francisco, California. Stevenson at first remained in Europe, but in August 1879 he set off to join her, against the advice of his friends and without notifying his parents. He took second-class passage on the steamship Devonia, and  travelled overland by train to California. It completely broke his health, and he was near death when he arrived in Monterey, California, where some local ranchers nursed him back to health.

Stevenson with wife and friends in Samoa

By December 1879 Stevenson had recovered his health enough to continue to San Francisco, where for several months he struggled "all alone on forty-five cents a day, and sometimes less, with quantities of hard work and many heavy thoughts," in an effort to support himself through his writing, but by the end of the winter his health was broken again and he found himself at death's door. Fanny, now divorced, came to Stevenson's bedside and nursed him to recovery.  When his father heard of his condition, he cabled him money to help him through.

Fanny and Robert were married in May 1880, although, as he said, he was "a mere complication of cough and bones, much fitter for an emblem of mortality than a bridegroom."  In August 1880 he sailed with Fanny from New York to Britain and found his parents there to welcome him home.

For the next seven years, between 1880 and 1887, Stevenson searched in vain for a place of residence suitable to his state of health. He settled for a while in Bournemouth.  In the wintertime he traveled to France where, for a time, he enjoyed almost complete happiness. 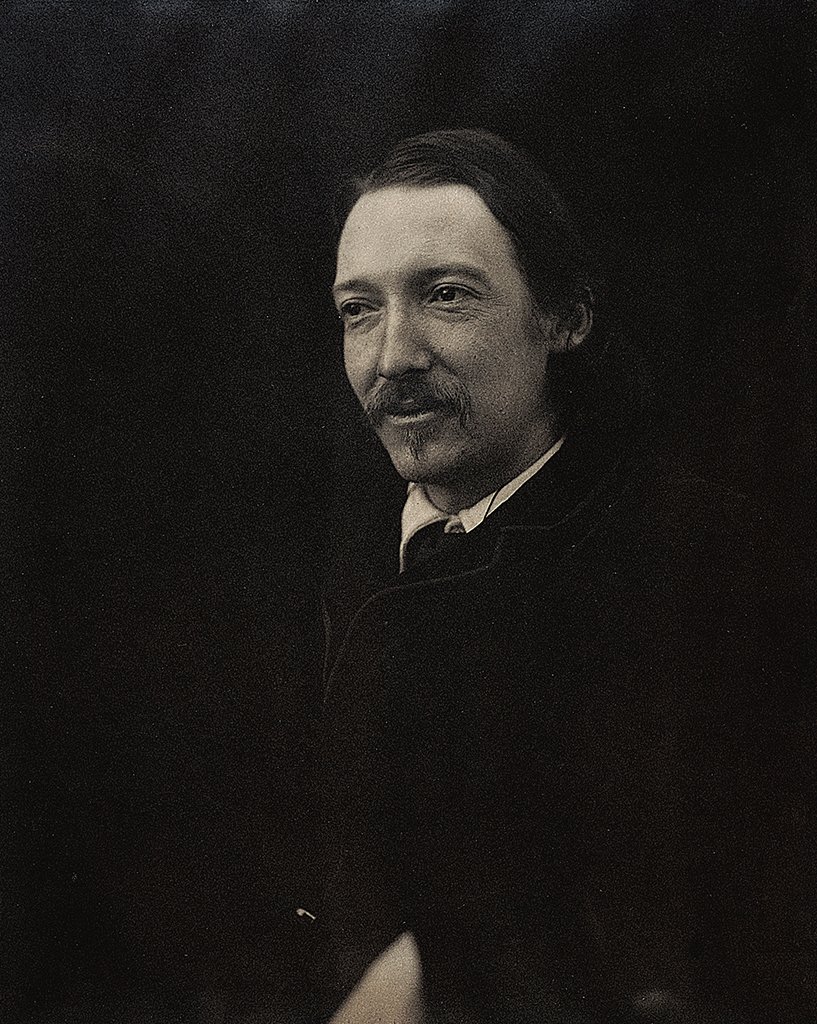 "I have so many things to make life sweet for me, it seems a pity I cannot have that other one thing—health. But though you will be angry to hear it, I believe, for myself at least, what is is best. I believed it all through my worst days, and I am not ashamed to profess it now."

He produced the bulk of his best-known and best work during these years of extreme ill-health: Treasure Island, his first widely popular book; Kidnapped; Strange Case of Dr Jekyll and Mr Hyde, the story which established his wider reputation; The Black Arrow; and two volumes of verse, A Child's Garden of Verses and Underwoods.

In June 1888, Stevenson chartered the yacht Casco and set sail with his family from San Francisco. The sea air and thrill of adventure for a time restored his health, and for nearly three years he wandered the eastern and central Pacific.  In 1890 Stevenson purchased a tract of about 400 acres on an island in Samoa.  In addition to building his house and clearing his land and helping the Samoans in many ways, he also found time to write.

But the creative muse seemed to leave him.  “He felt that with each fresh attempt, the best he could write was ditch-water".  And ironic though it may seem it may have been this apparent improvement in health.  But it was only apparent. On 3 December 1894, Stevenson was talking to his wife and straining to open a bottle of wine when he suddenly exclaimed, "What's that!" asking his wife "Does my face look strange?" and collapsed.  He died within a few hours. There is much speculation as to the cause, but my father with his emphysema died of heart failure.  Maybe Stevenson did too.  He was forty-four years old.

“ I have convinced myself ... that we had better leave the great changes to what we call great blind forces: their blindness being so much more perspicacious than the little, peering, partial eyesight of men .. “ 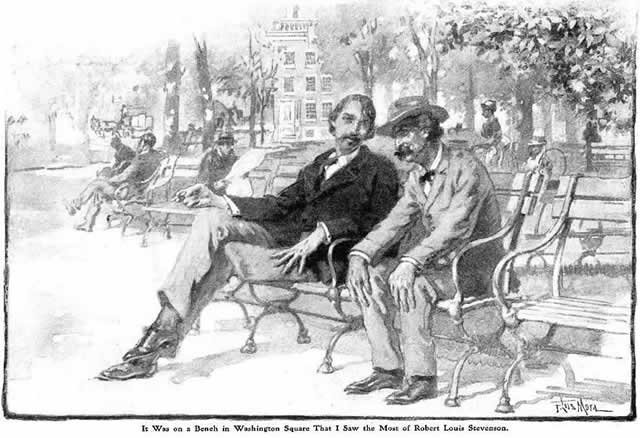