St Francis and the hungry wolf

Saint Francis of Assisi 1181/2 to 1226 was a Roman Catholic friar and the founder of the Order of the friars Minor more commonly known as the Franciscans. He is known as the patron saint of animals, birds, the environment and Italy, and it is customary for Catholic churches to hold ceremonies honoring animals around his feast day of October 4.

In "Canticle of the Creatures," he wrote: "All praise to you, Oh Lord, for all these brother and sister creatures."

St. Francis is considered the first Italian poet by literary critics. He believed commoners should be able to pray in their own language, and he always wrote in Umbrian dialect instead of Latin. His writings are considered to have great literary as well as religious value.

Part of his appreciation of the environment is expressed in his Canticle of the Sun , a poem written in Umbrian Italian in perhaps 1224 which expresses a love and appreciation of Brother Sun, Sister Moon, Mother Earth, Brother Fire, etc.

At which point you should be saying – hang on this isn’t the conventional view of the universe, and you would be right.  Yet another Catholic who had to tread an extremely wary path and hide what he really believed in his poetry.

Summary of his life 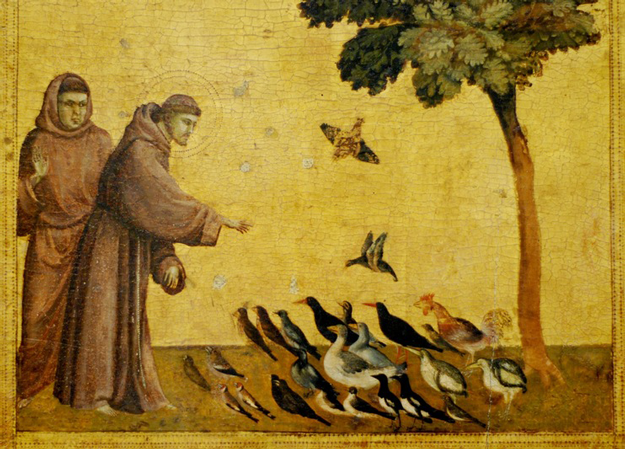 Illness and a vision in Spoleto changed his life and he changed from being a lover of poetry, music, sports,  food etc to an ascetic.  It is said that when his former companions asked him whether he was thinking of marrying, he answered "yes, a fairer bride than any of you have ever seen", meaning his Higher spirit. He spent much time in lonely places, asking for enlightenment.  So not your ordinary theologian.

After a pilgrimage to Rome  where he begged at the church doors for the poor, he claimed to have had a mystical experience in the Church of San Damiano just outside of Assisi, in which the Icon of Christ Crucified came alive and said to him three times, "Francis, Francis, go and repair My house which … is falling into ruins".

In 1209, Francis heard a sermon based on Matthew 10:9, in which Christ tells his followers that they should go forth and proclaim that the Kingdom of Heaven was upon them. Francis was inspired by the sermon and decided to devote himself to a life helping the sick.  Doing as the text  of the Bible said, he clad himself  in a rough garment, took only a staff and went barefoot to follow his destiny. 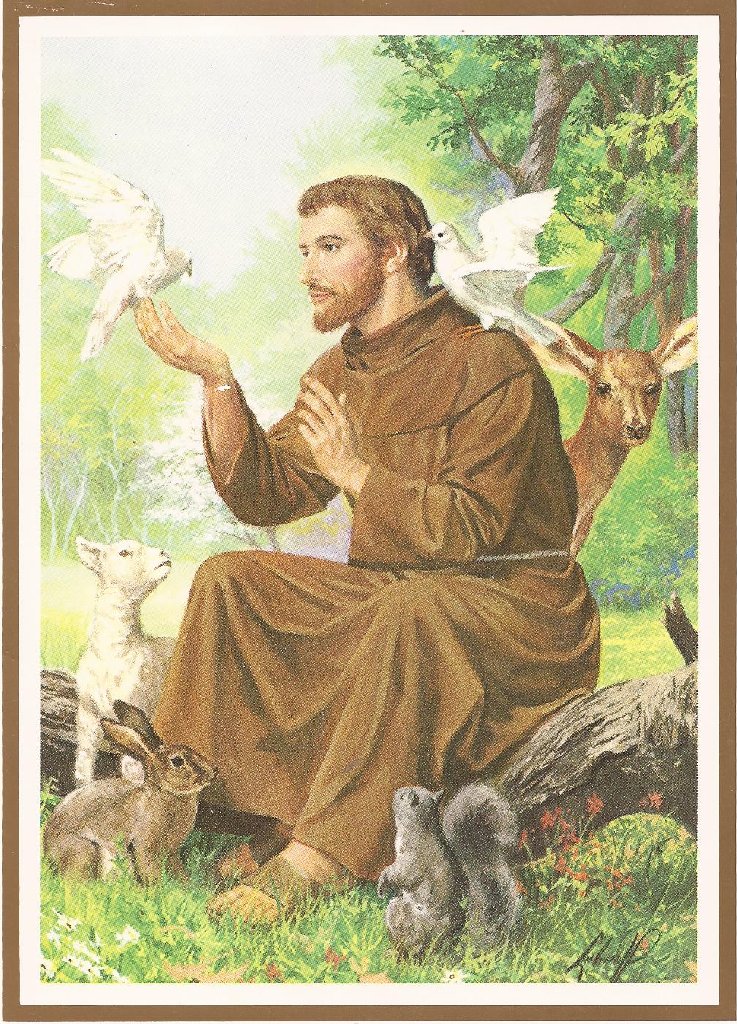 Within a year Francis had eleven followers. He chose never to be ordained a priest and the community lived as "lesser brothers," fratres minores in Latin.

The brothers lived a simple life in the deserted lazar house of Rivo Torto near Assisi; but they spent much of their time wandering through the mountainous districts of Umbria, “always cheerful and full of songs”, yet making a deep impression on their hearers.

In 1209 Francis led his first eleven followers to Rome to seek permission from Pope Innocent III to found a new religious order. After several days, the pope agreed to informally admit the group, adding that when God increased the group in grace and number, they could return for an official admittance.

The new order grew quickly and in 1209, Clare of Assisi also joined the order, founding the Order of Poor Dames, later called the Poor Clares.  In 1217, the growing congregation of friars was divided and groups sent to the provinces and to France, Germany, Hungary, Spain, and to the East.

Although nativity drawings and paintings existed earlier, St Francis of Assisi celebrated Christmas by setting up the first known three-dimensional presepio or crèche (Nativity scene) in the town of Greccio near Assisi, around 1220.  He used real animals to create a living scene, so that the worshipers could contemplate the birth of the child Jesus in a direct way. Thomas of Celano, a biographer of Francis and Saint Bonaventure both tell how he only used a straw-filled manger set between an ox and a donkey, the manger acted as the altar for the Christmas Mass.

Further visions occurred.  While he was praying on the mountain of Verna, during a forty day fast in preparation for Michaelmas, Francis is said to have had a vision on or about 14 September 1224,  the Feast of the Exaltation of the Cross.  Brother Leo, who had been with Francis at the time, left a clear and simple account of the event, 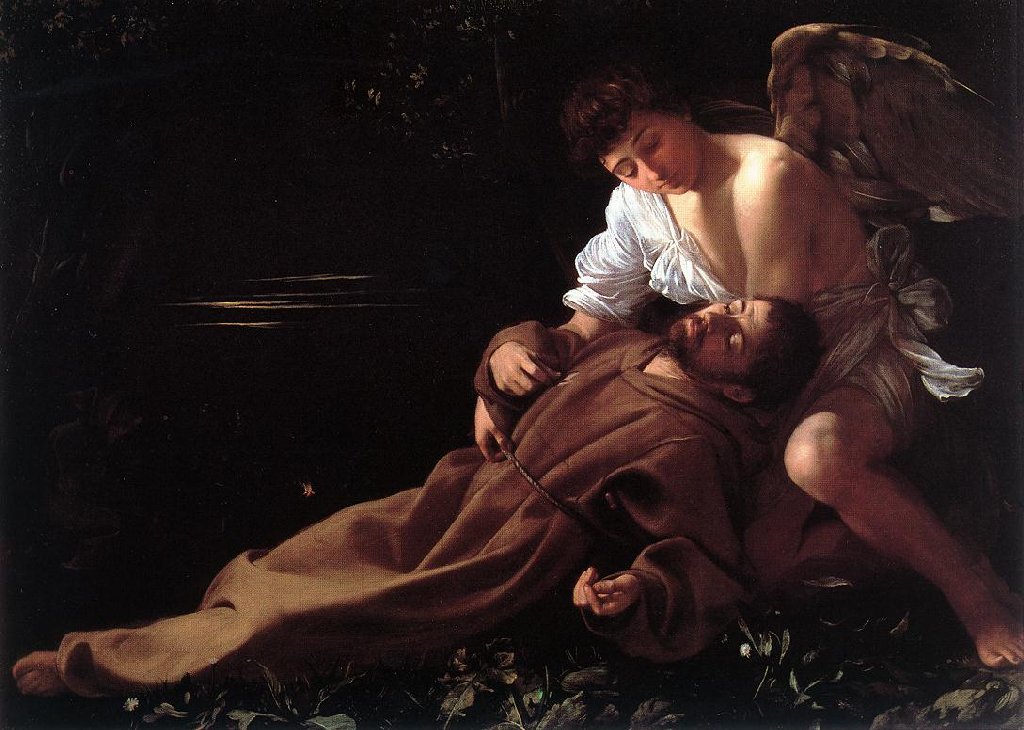 "Suddenly he saw a vision of a seraph, a six-winged angel on a cross. This angel gave him the gift of the five wounds of Christ."

Suffering from these Stigmata and from an eye disease, he was brought to the transito, the hut for infirm friars, next to the Porziuncola. Here, he spent the last days of his life dictating his spiritual testament. He died on the evening of 3 October 1226 singing Psalm 141.

On 16 July 1228, he was pronounced a saint by the next pope Gregory IX, the former cardinal Ugolino di Conti, friend and protector of St. Francis.