Ssu-K’ung T’u  (also called Piao-sheng T’u) was born 837; and died 908. He lived during the decline of the T’ang dynasty. His "refined, contemplative poetry consists largely of descriptions of nature, which is contrasted with the imperfect world of man".  He was influenced by the poetry of T’ao Yüan-ming and Wang Wei.   Approximately 500 of his poems and 69 works in other genres have survived. 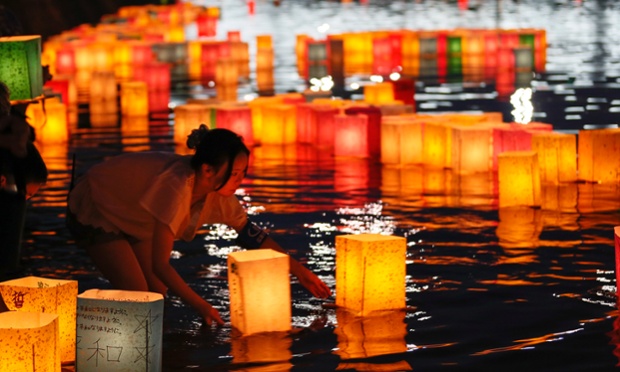 Little is known of his life, except that he was Secretary to the Board of Rites and retired from this position to lead the contemplative life. His introduction to the European world is entirely due to Professor Giles. No mention is made of him in the French collection of the T`ang poets by the Marquis de Saint-Denys. 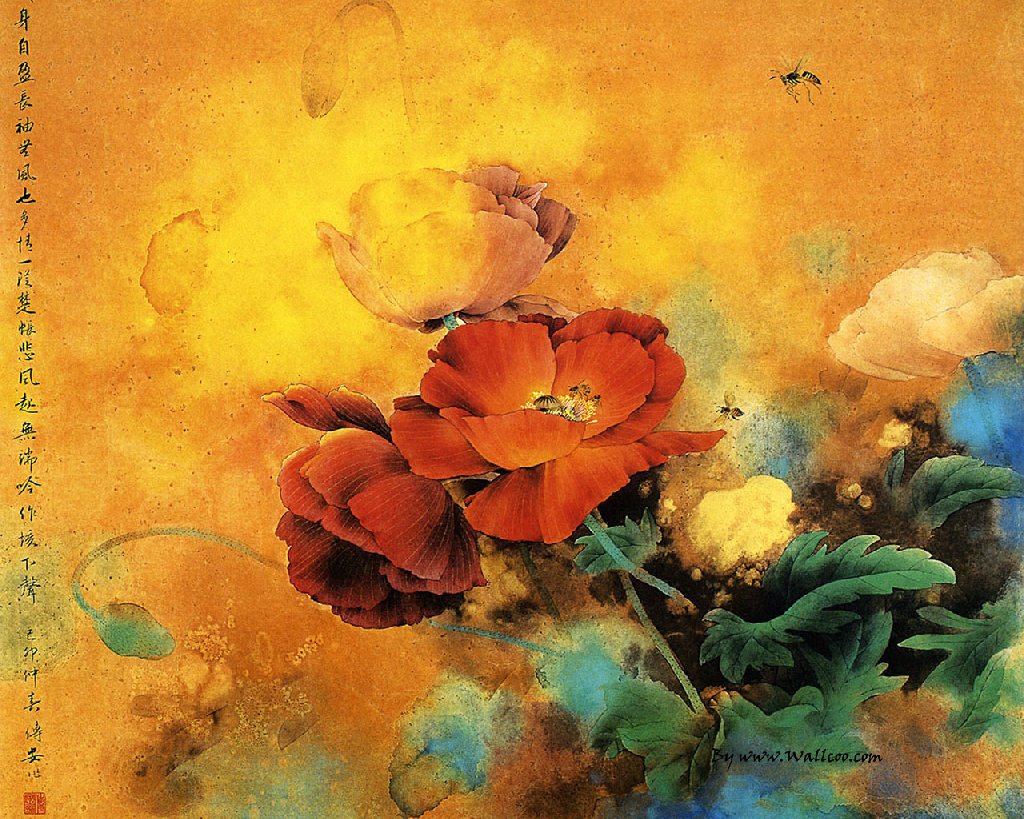 Yet the importance of his work cannot well be over-estimated.

He is perhaps the most Chinese of the poets dealt with, and certainly one of the most philosophical. By his subtly simple method of treatment, lofty themes are clothed in the bright raiment of poetry.

If through the red pine woods, or amid the torrent of peach-blossom rushing down the valley, some mortal beauty strays, she is but a symbol, a lure that leads us by way of the particular into the universal. 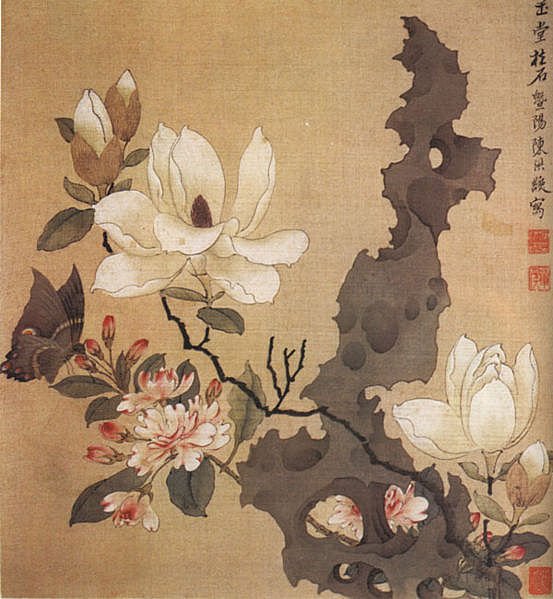 Whatever senses we possess may be used as means of escape from the prison of personality into the boundless freedom of the spiritual world.

And once the soul is set free, there is no need for painful aimless wanderings, no need for Mahomet to go to the Mountain, for resting in the centre of all things the universe will be our home and our share in the secrets of the World-Builder will be made known.

Freighted with eternal principles
Athwart the night's void,
Where cloud masses darken,
And the wind blows ceaseless around,
Beyond the range of conceptions
Let us gain the Centre,
And there hold fast without violence,
Fed from an inexhaustible supply.*
--
* `Chinese Literature', p. 179.
--
With such a philosophy there are infinite possibilities. 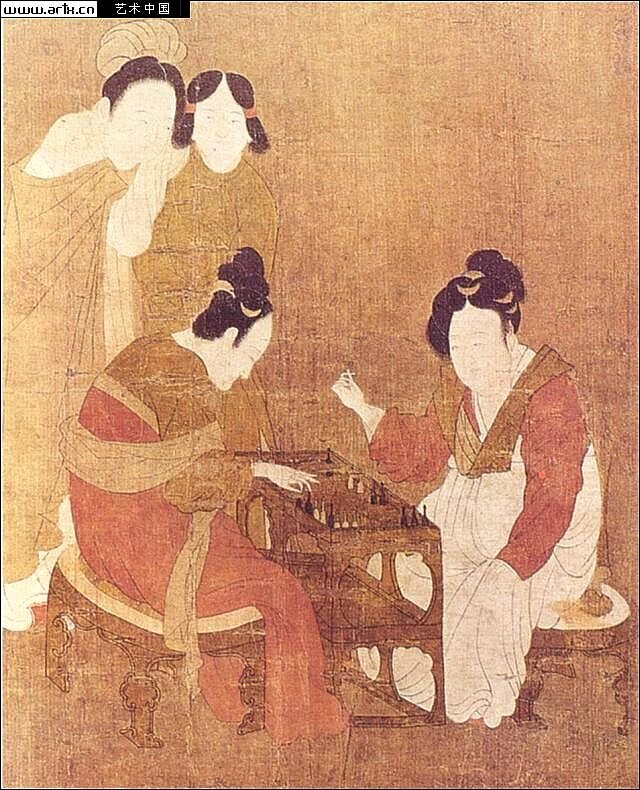 The poet is an occultist in the truest sense of the word.  For him, Time and Space no longer exist, and by "concentration" he is able to communicate with the beloved, and

Sweet words falter to and fro --
Though the great River rolls between.

Ssu-K`ung T`u, more than any poet, teaches how unreal are the apparent limitations of man. "He is the peer of heaven and earth"; "A co-worker in Divine transformation". With his keen vision the poet sees things in a glance and paints them in a single line, and in the poem as a whole you get the sense of beauty beyond beauty, as though the seer had looked into a world that underlay the world of form.

And yet there is nothing strained, no peering through telescopes to find new worlds or magnify the old; the eyes need only be lifted for a moment, and the great power is not the power of sight, but sympathy. 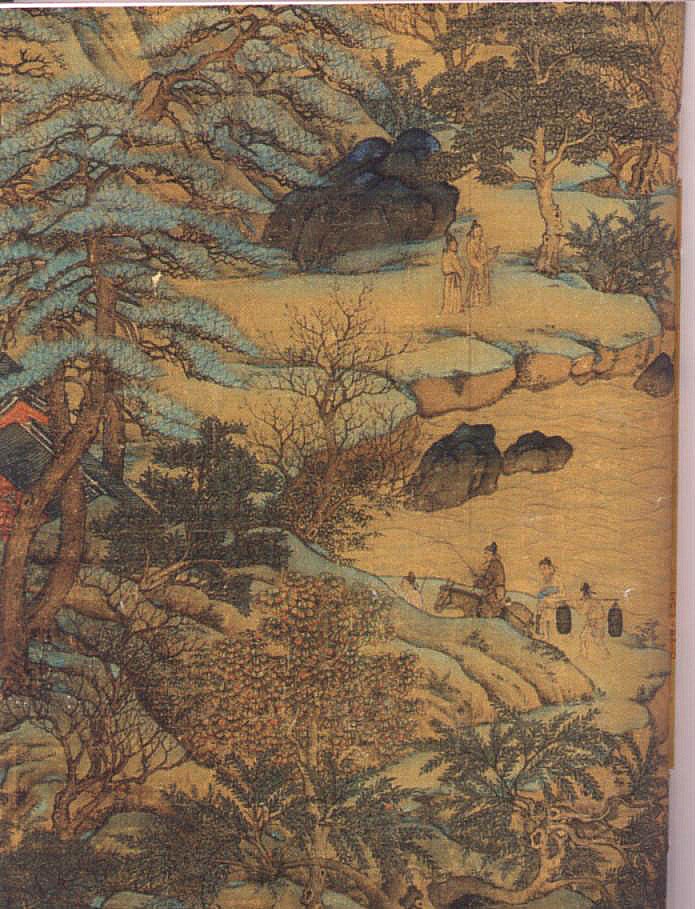 And Nature, ever prodigal to her lovers, repays their favours in full measure.  To this old artist-lover she grants no petty details, no chance revelations of this or that sweetness and quality but her whole pure self.

Yet such a gift is illimitable; he may only win from secret to secret and die unsatisfied.

You grasp ten thousand, and secure one.

This might well be written over his tomb, if any verse were needed to encompass him. By entering into harmony with his environment, Ssu-K`ung T`u allowed his splendid vitality to find expression, and after the lapse of a thousand years these glowing pages torn from the book of life have drifted towards us like rose-leaves down a sombre stream.