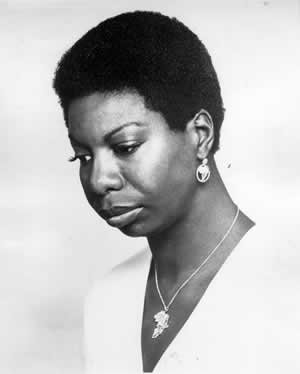 The following description was obtained from the NAMI website [National Association for Mental Illness] and is quite a good summary of Nina Simone's career.

The only thing it does not say is what a very good singer and pianist she was, but then you will be able to judge this from the observations.

Nina Simone struggled with bipolar disorder and/or borderline personality disorder as well as substance use during her lifetime. 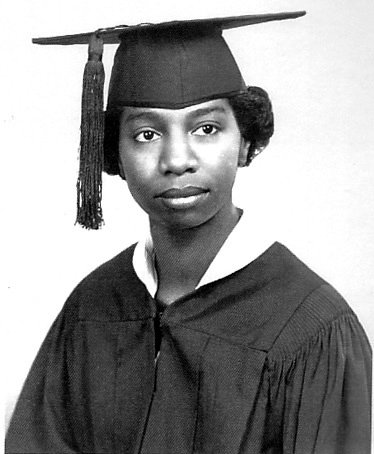 Born and raised in North Carolina, Simone began playing piano at the age of 4 and later attended Julliard to study classical piano. She was forced to leave because she couldn’t afford her tuition. After transplanting to Philadelphia to attend a more affordable music school, Simone was rejected by the Curtis Institute of Music—a blow that Simone felt was due to her skin color. She turned away from classical music and took to jazz.

Simone rose to fame playing beatnik and jazz clubs in the mid-1950s in Atlantic City and New York City. Her recording of “I Loves You Porgy” broke the U.S. Billboard top 40 in 1958.

By the mid-1960s, she became known as the voice of the civil rights movement in America, penning movement anthems such as “Mississippi Goddam,” “Why (The King of Love is Dead)”—a response to the assassination of Martin Luther King. Jr., and “To Be Young, Gifted and Black.”

During the 1970s, Simone lived in many countries, from Liberia to England, before settling down for good in France.

As her career started to wind down, Simone began to record cover songs of popular music such as Bob Dylan and the Beatles. She also wrote her autobiography I Put a Spell on You.

Nadine Cohodas, author of Princess Noire: The Tumultuous Reign of Nina Simone, touches on Simone’s behavior and bipolar symptoms. The 2004 book, Break It Down and Let It All Out, written by Sylvia Hampton and David Nathan, was the first to reveal Simone’s battle with mental illness. The book describes some of Simone’s erratic behavior.

“Nina Simone had a reputation in the music industry for being volatile and sometimes difficult to deal with, a characterization with which she strenuously took issue. In 1995, she shot and wounded her neighbor’s son with a pneumatic pistol after his laughter disturbed her concentration. She also fired a gun at a record company executive whom she accused of stealing royalties. It is now recognized that this “difficulty” was the result of bipolar disorder. Simone reluctantly took medication for her condition from the mid-1960s on. All this was only known to a small group of intimates, and kept out of public view for many years.”

Borderline personality disorder didn’t really “exist” in the medical sense in the 1960s, so getting diagnosed was nearly impossible. “Now we have names for that shit,” said playwright Sam Shepard to Believer Magazine in 2010. “Back then nobody had names for it, nobody was categorizing it. It was part and parcel of what it meant to be an artist.”

One excerpt from Simone’s diary described a time during a depressive state she was experiencing:

“Must take sleeping pills to sleep + yellow pills to go onstage,” she wrote in July 1964, referring to Valium. “Terribly tired and realize no one can help me—I am utterly miserable, completely, miserably, frighteningly alone.” 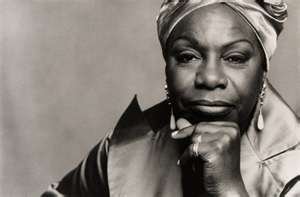 Her private dealings with mental illness may have fueled her creative fire, but Simone’s illness does not overshadow her legacy. She is remembered as an activist and musician first and foremost. Simone was the recipient of several awards over the years, including a Lifetime Achievement in Music Award in 1999, the Diamond Award for Excellence in Music from the Association of African American Music in Philadelphia in 2000 and the Honorable Musketeer Award from the Compagnie des Mosquetaires d’Armagnac in France.

Simone passed away at her home in Carry-le-Rouet, France, in April 2003. At her request, Simone’s ashes were spread over several African countries. A movie about Simone, titled Nina, is currently in production in Los Angeles, starring Zoe Saldana as Simone and written by Cynthia Mort.

It is interesting to me that no one has questioned the role of the pharmaceutical she was prescribed in this spiralling decline.  Nina took similar medication to Michael Jackson.