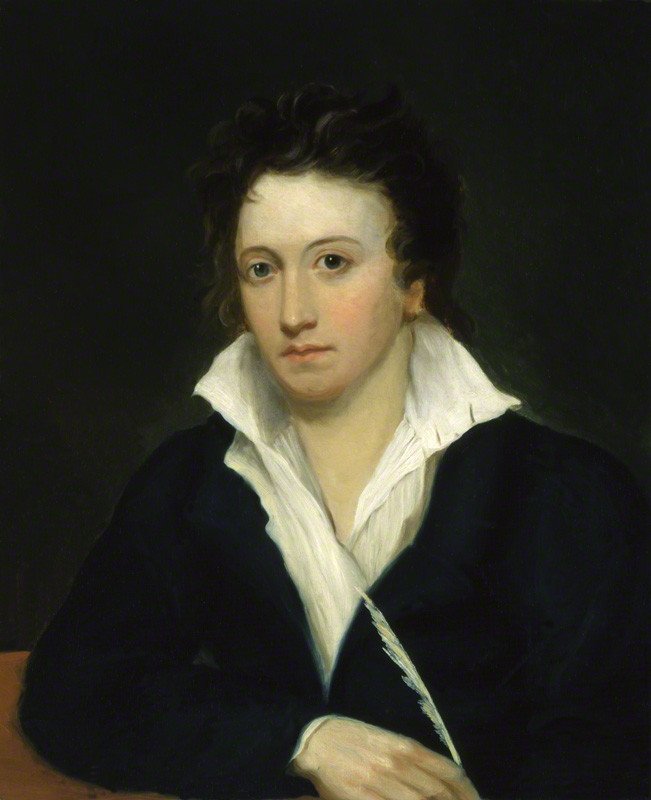 Percy Bysshe Shelley (1792 –  1822) was one of the major English Romantic poets and is critically regarded as among the finest lyric poets in the English language.

His whole life is a strange contradiction.  He was an atheist, but wrote pure mystic verse.  He seems to have links with the Rosicruceans, though only one novel explicitly acknowledges these links.  He was a strong advocate for social justice for the "lower classes" and he became a fighter 'for the rights of all living creatures that he saw being treated unjustly'. He was a vegetarian.  And yet, practically speaking, his treatment of women in particular, was at times not at all kind.  I'm afraid I did not warm to Shelley – but then I am a woman.

Born into a wealthy family and an inherited title, he developed political and social views seemingly totally at odds with his upbringing.  Shelley's unconventional life and radical views made him a much-denigrated figure during his life.  Though Shelley's poetry and prose output remained steady throughout his life, most publishers and journals declined to publish his work for fear of being arrested for blasphemy or sedition. 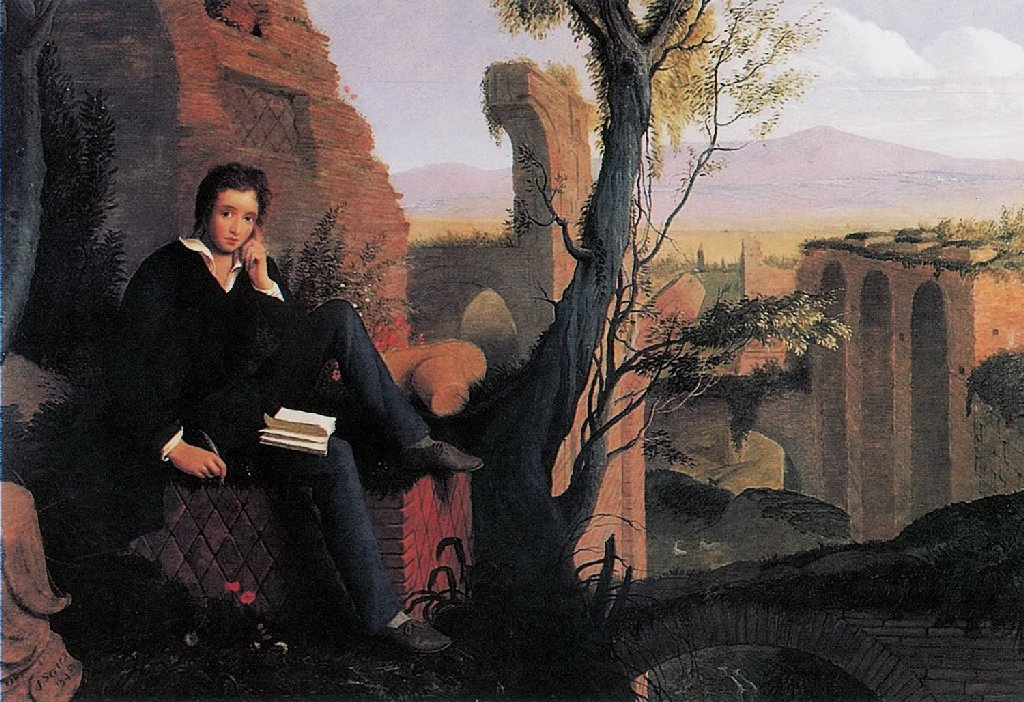 He was described as an 'uncompromising idealist', but his idealism seemed to be confined to words and pamphlets, books and letters, not his life.  But his influence cannot be disputed.  He became an idol of the Pre-Raphaelites and Henry David Thoreau's civil disobedience and Mohandas Karamchand Gandhi's passive resistance were influenced and inspired by Shelley's nonviolence in protest and political action.

Shelley is perhaps best known for such classic poems as Ozymandias, Ode to the West Wind, To a Skylark, Music, When Soft Voices Die, The Cloud and The Masque of Anarchy. His major works, however, are long visionary poems that include Queen Mab, Alastor, The Revolt of Islam, Adonaïs, The Cenci and Prometheus Unbound.

Where did his inspiration come from?

Shelley had a happy and contented childhood spent largely at home.  But in 1804, Shelley entered Eton College, where he was bullied cruelly.  Many of his early works show anger.  His first publication was a Gothic novel, Zastrozzi (1810), in which he vented his early atheistic worldview through the villain Zastrozzi. He was expelled from Oxford for an atheist pamphlet. 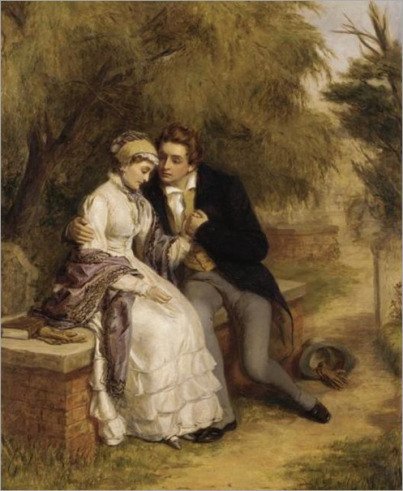 Four months after being expelled, the 19-year-old Shelley eloped to Scotland with the 16-year-old Harriet Westbrook,  whom his father had forbidden him to see. And here we perhaps have some clue as to the source of his anger and rebellion – his relationship with his father.  Sir Timothy Shelley was outraged that his son had 'married beneath him' and revoked Shelley's allowance.

So it is possible that we have anger as one driver to much of his work.  Perhaps much of his more radical output was simply to anger his father – rebellion.  It certainly appears that way.

Given that Shelley was involved with Elizabeth Hitchener, a 28-year-old unmarried schoolteacher, with whom he had been corresponding, his marriage to Harriet seems particularly perverse.  Harriet had his baby not long afterwards, but Shelley accused her of having married him for his money. He began spending more time away from home, 'studying Italian' with a lady called Cornelia Turner.

Harriet moved back with her parents. 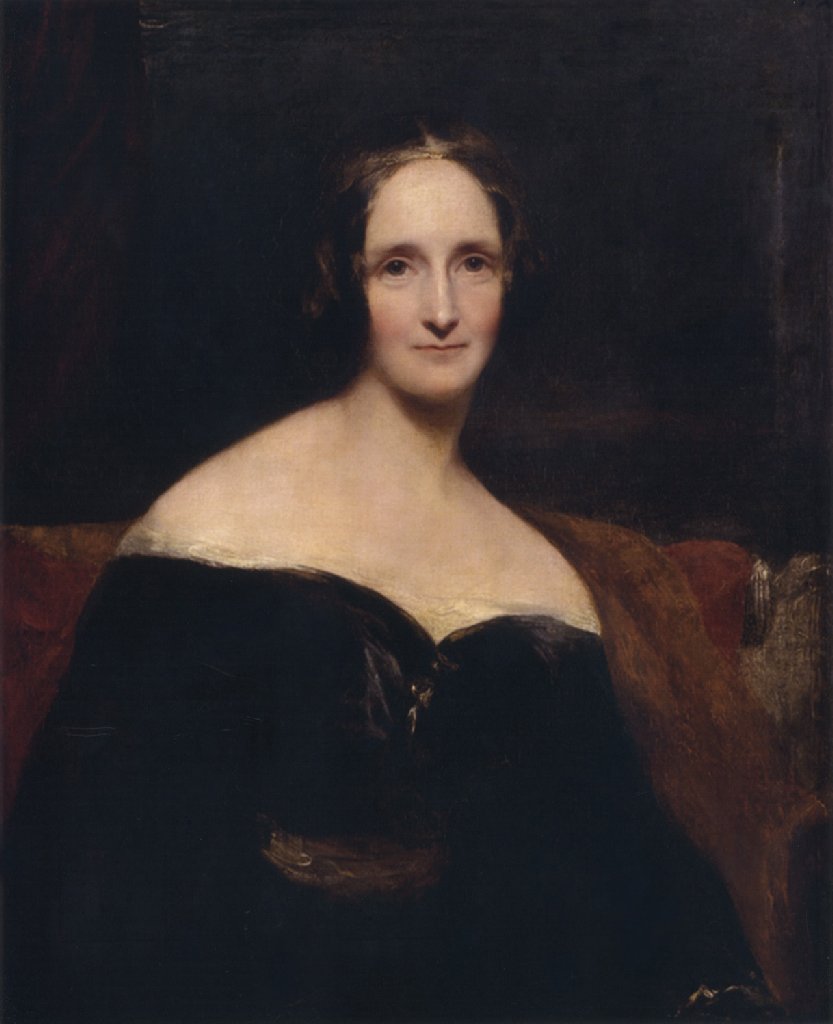 Shelley's mentor Godwin had three daughters. Godwin's biological daughter Mary, was being educated in Scotland. When she returned Shelley fell madly in love with her, repeatedly threatening to commit suicide if she didn't return his affections.

On 28 July 1814, Shelley abandoned Harriet, now pregnant with their son Charles and ran away to Switzerland with Mary, then 16.  After six weeks, homesick and destitute, they returned to England.

On 10 December 1816, Harriet's body was found in an advanced state of pregnancy, drowned in the Serpentine in Hyde Park, London.   “It is thought that Harriet mistakenly believed herself to have been abandoned by her new lover, 36-year-old, Lieutenant Colonel Christopher Maxwell”.  No, I don't think so do you?

On 30 December 1816, only a few weeks after Harriet's body was recovered, Shelley and Mary Godwin were married. The marriage was intended, in part, to help secure Shelley's custody of his children by Harriet. The courts, however, awarded custody of Shelley and Harriet's children to foster parents. 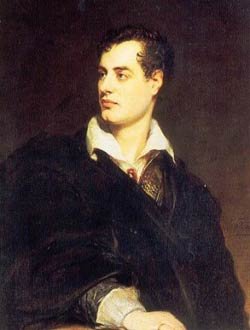 There appears to be one friendship in his life which was to produce his greatest [and non angry, more sincere] works and that is the one he had with Lord Byron.  In mid-1816, Shelley and Mary made a trip to Switzerland where they met up with Lord Byron.  The Shelleys and Byron rented neighbouring houses on the shores of Lake Geneva. While on a boating tour the two took together, Shelley was inspired to write his Hymn to Intellectual Beauty.  A tour of Chamonix in the French Alps inspired Mont Blanc.  Early in 1818, the Shelleys took up residence in Venice. Contact with Byron encouraged Shelley to write once again. During the latter part of the year, he wrote Julian and Maddalo, a lightly disguised account of his boat trips and conversations with Byron in Venice. He then began the long verse drama Prometheus Unbound, a re-writing of the lost play by the ancient Greek poet Aeschylus, which features talking mountains and a petulant spirit who overthrows Jupiter. 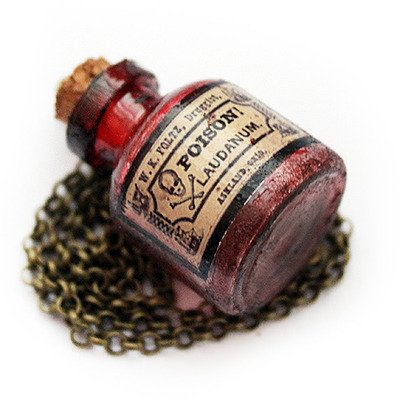 And here we have a clue as to what drove Mr Shelley and it was not his friendship, it was his drug taking.  Both he and Lord Byron were ‘Opium Eaters’ – in fact they were principally laudanum eaters, but laudanum and opium are the same in essence.

This and the Victorian Era was a time of rampant drug abuse and alcoholism. Drugs like opium, chloral, and laudanum were available and widely prescribed. The rapidly expanding British Empire brought drugs used from other lands into the country and, as a result, many writers and poets including Byron and Shelley took them.  So did Coleridge – in great quantity.

So his principle driver was Taking drugs.  And he was an addict.
So let us go back to his life.  Tragedy struck in 1818 and 1819, when Shelley's son Will died of fever in Rome, and his infant daughter Clara Everina died during yet another household move.

But we have yet more signs of Shelley's contradictory life style in the form of a baby girl, Elena Adelaide Shelley, born on 27 December 1818 in Naples, Italy and registered there as the daughter of Shelley and a woman named "Marina Padurin". The identity of the mother is 'an unsolved mystery'. However, poor little Elena was placed with foster parents only a few days after her birth and the Shelley family moved on to yet another Italian city, leaving her behind. Elena died 17 months later, on 10 June 1820.  So kind to animals on paper, but not so kind to his own daughter.

The Shelleys moved around various Italian cities during these years; in late 1818 they were living in a pensione on the Via Valfonde, Florence.  During this period Mary gave birth to another son; Percy Florence Shelley, later Sir Percy. 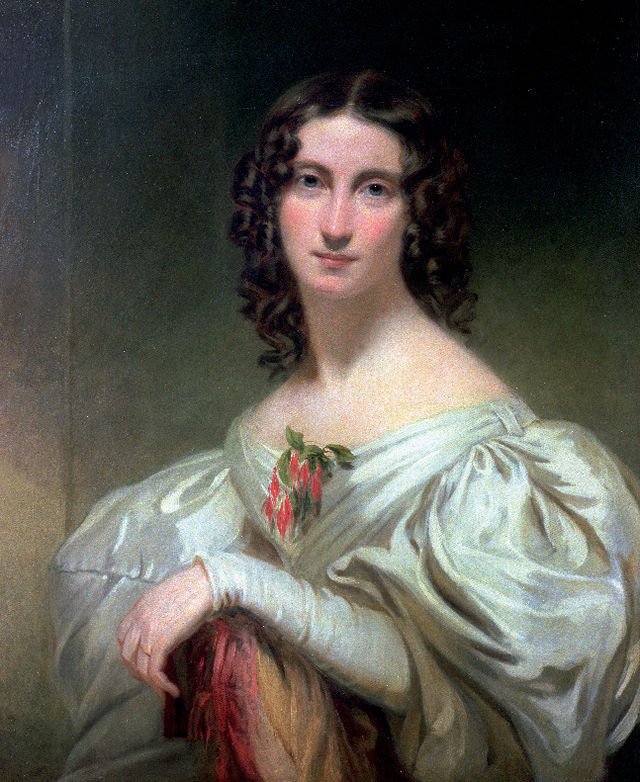 In 1821, Shelley met Edward Ellerker Williams, a British naval officer, and his wife Jane Williams. Shelley developed 'a very strong affection' towards Jane and 'addressed a number of poems to her.' In the poems addressed to Jane, such as With a Guitar, To Jane and One Word is Too Often Profaned, he elevates her to an ‘exalted position worthy of worship’.  Mary must have been really pleased about that.

On 8 July 1822, less than a month before his 30th birthday, Shelley drowned in a sudden storm while sailing back from Leghorn (Livorno) to Lerici in his schooner, Don Juan. Shelley claimed to have met his Doppelgänger, foreboding his own death. Two other Englishmen were with Shelley on the boat. One was the above mentioned Edward Ellerker Williams; the other was a boat-boy, Charles Vivien. The bodies were found completely clothed, including boots.

Shelley's body washed ashore and later, in keeping with quarantine regulations, was cremated on the beach near Viareggio. In a graphic account of the cremation, one onlooker wrote of Byron being unable to face the scene, and withdrawing to the beach.

Mary did not go to the funeral.