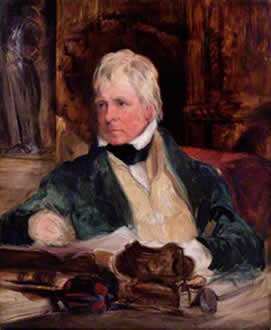 Sir Walter Scott, 1st Baronet, (15 August 1771 – 21 September 1832) was a Scottish historical novelist and poet popular throughout Europe during his time. His novels and poetry are still read, and many of his works remain classics of both English-language literature and of Scottish literature  Famous titles include Ivanhoe, Rob Roy, The Lady of The Lake, Waverley, The Heart of Midlothian and The Bride of Lammermoor.

There appears to be evidence that Sir Walter Scott was a laudanum addict see http://www.ncbi.nlm.nih.gov/pmc/articles/PMC2311541/ 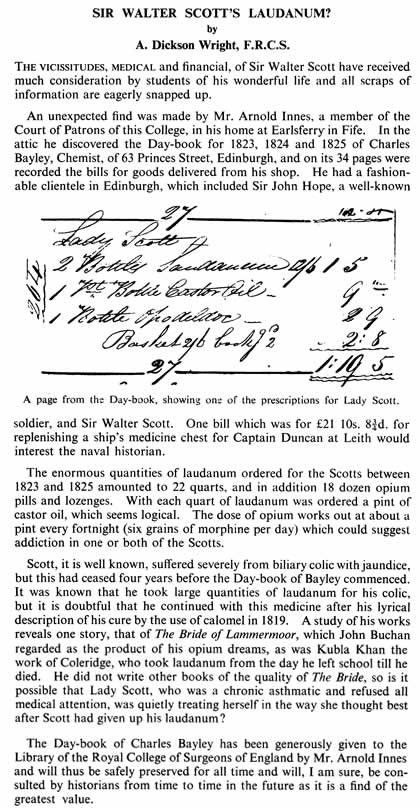 Except that it is extremely difficult to wean yourself off opium in these quantities.  It may also be useful to know in 1825 and 1826, a banking crisis swept through the cities of London and Edinburgh. 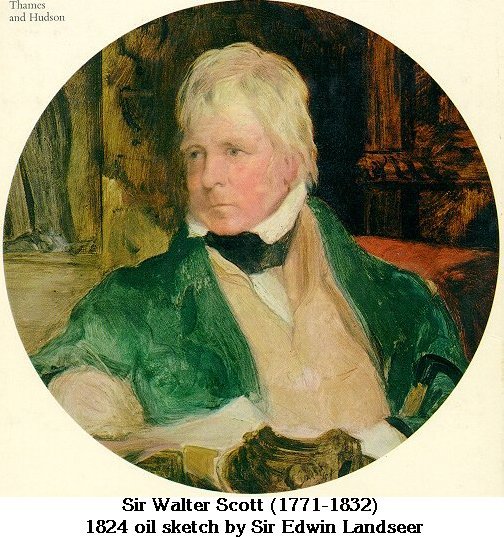 The Ballantyne printing business, in which he was heavily invested, crashed, resulting in his being very publicly ruined. Rather than declare himself bankrupt, or to accept any kind of financial support from his many supporters and admirers (including the King himself), he placed his house and income in a trust belonging to his creditors, and determined to write his way out of debt.

He kept up his prodigious output of fiction, as well as producing a biography of Napoleon Bonaparte, until 1831. By then his health was failing. Notwithstanding this, he undertook a grand tour of Europe, being welcomed and celebrated wherever he went. He returned to Scotland and, in September 1832, died, it is said ‘under unexplained circumstances’.

Oh, what a tangled web we weave, when first we practice to deceive!" (Sir Walter Scott, 1808).