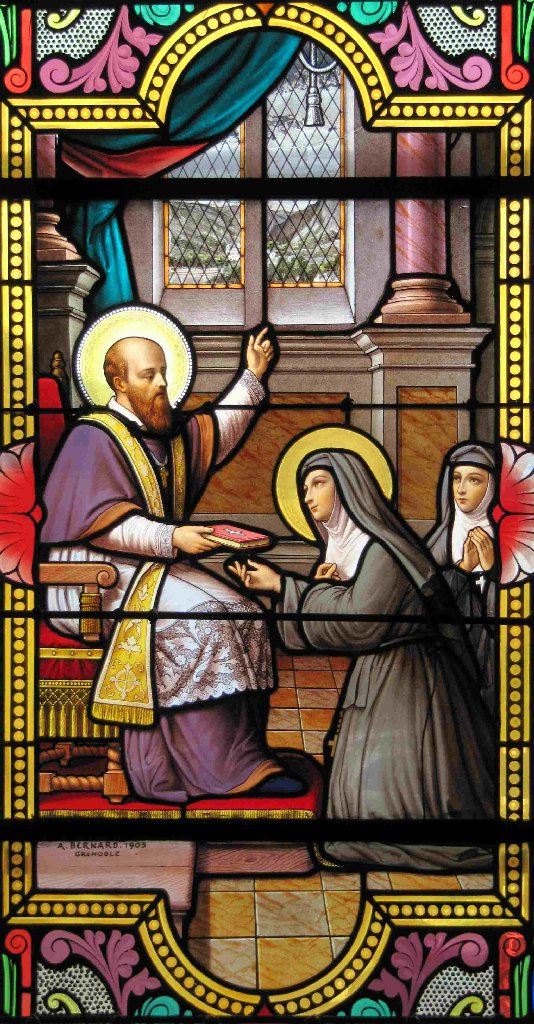 Francois de Sales (21 August 1567– 28 December 1622) was both a Bishop of Geneva and a mystic [an unusual combination], whose diocese became famous throughout Europe for its efficient organization and well-instructed laity, monumental achievements in those days.

He is honoured as a saint in the Roman Catholic Church and is often called "the Gentleman Saint" because of his patience and gentleness.  In 1601, for example, he was sent on a diplomatic mission to Henry IV of France, who is said to have observed, "A rare bird, this Monsieur de Geneve, he is devout and also learned; and not only devout and learned but at the same time a gentleman. A very rare combination."

What is so special about Francois is that his entire life was devoted to the idea that "God is love".  On the understanding that hate breeds hate and love engenders love, he devoted himself faithfully to the ‘God of love’ with the purpose of spreading the love he felt to others.  His way of teaching spirituality is often referred to as the Way of Divine Love.

Francois devoted quite a large part of his life to helping others.  He developed a sign language in order to teach those who were hard of hearing, and because of this, he is the patron saint of the deaf.  He also acquired a reputation as a spellbinding preacher. His motto was, "He who preaches with love, preaches effectively." His goodness, patience and mildness became proverbial. 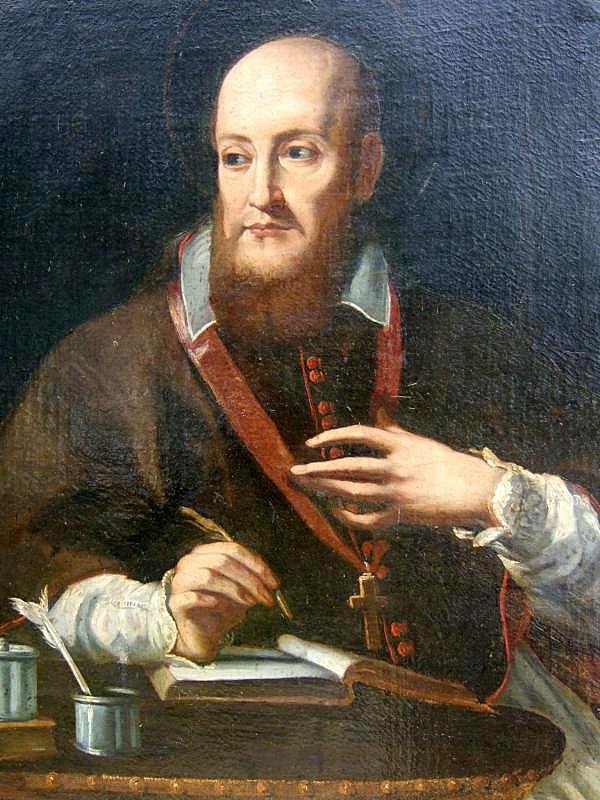 He became noted for his gentle approach to the religious divisions resulting from the Protestant Reformation.  His continuous efforts to heal wounds and schisms, to concentrate on what was common as opposed to what divided, saw him put into action Jesus’s teachings  “blessed are the peacemakers for they shall see the kingdom of God”.

Francois worked with the Order of Friars Minor Capuchin, for example, to help them.  They appreciated his cooperation so much that in 1617 they made him an official associate of the Order, the highest honour possible to a person outside it.   Along with St. Jane Frances de Chantal, Sales founded the women's Order of the Visitation of Holy Mary (Visitandines).  Sales also established a small community of men, an Oratory of St. Philip Neri, at Thonon-les-Bains.

He is especially known for his writings on the topic of spiritual direction and the spiritual path.  Most of his writing was aimed not at the clerics, but at ordinary people.  Like all mystics, he did not believe in any form of exclusion – spirituality could be understood by anyone as long as it was explained and was for everyone.  Everyone should have access to the spiritual and a belief in the existence of a spiritual world.

His best known book is Introduction to the Devout Life, written specially for laypeople. In it he counselled charity [serving others] over ‘penance’ as a means of progressing in the spiritual life. In effect, he was expressing the true teachings of Jesus as opposed to the somewhat distorted view that had become prevalent based on asceticism and all the other somewhat self-indulgent and destructive practises. 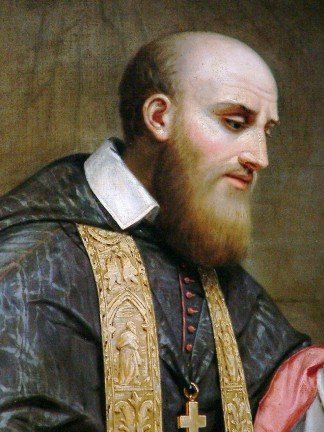 Sales also left the mystical work, the "Treatise on the Love of God", and many highly valued letters of spiritual direction, including those with Jane Frances de Chantal compiled in the Letters of Spiritual Direction.  He was a notably clear and gracious stylist in French, Italian and Latin.

Francis de Sales was born on 21 August 1567 in the Château de Sales into the noble Sales family of the Duchy of Savoy, in what is today Thorens-Glières, Haute-Savoie, France. His father was François de Sales, Lord of Boisy, Sales, and Novel. His mother was Françoise de Sionnaz, the only child of prominent magistrate, Melchior de Sionnaz, and a noblewoman. He was baptized Francis Bonaventura, after two great Franciscan saints. His father wanted him, the first of his six sons, to attend the best schools in preparation for a career as a magistrate. He therefore enjoyed a privileged education in the nearby town of La Roche-sur-Foron and at the age of eight, at the Capuchin college in Annecy.

In 1583, De Sales went to the Collège de Clermont (later renamed Lycée Louis-le-Grand) in Paris, then a Jesuit institution, to study rhetoric and humanities. As a nobleman, he was accompanied by his own servant and by a priest tutor, Abbe Deage. To please his father, he took lessons in the gentlemanly pursuits of riding, dancing, and fencing. De Sales is described as intelligent and handsome, tall and well built with blue-grey eyes, somewhat reserved and quiet, and a welcome guest in the homes of the nobility among whom his father had connections. 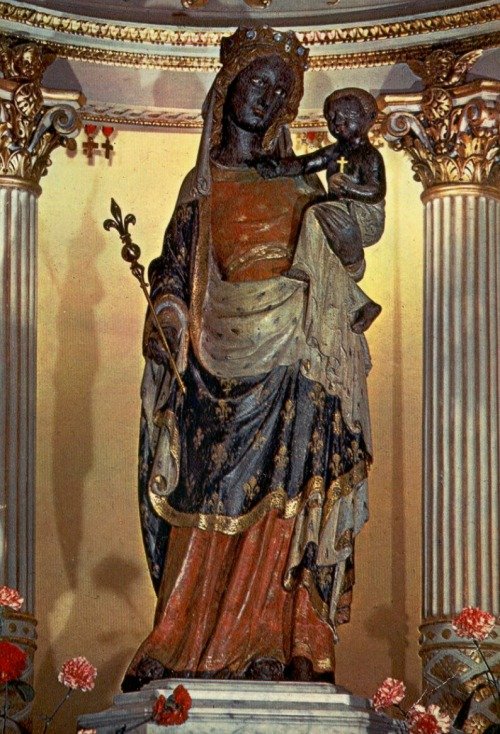 In 1584 Francis de Sales attended a theological discussion about predestination.  The discussion included a liberal dose of discussion about hell as the punishment for those who do not follow their preordained destiny.  It terrified him, and so terrified was he that he became physically ill and even bedridden for a time. The following month, January 1587, he visited the old parish of Saint-Étienne-des-Grès, Paris, where he prayed the "Memorare" before a famed statue of Our Lady of Good Deliverance, a Black Madonna.  Whilst there he decided that his destiny was ‘to serve’ and from that point, he dedicated his life to spiritual life taking a vow of chastity.   His father initially refused to accept that Francis had chosen the priesthood rather than fulfill his expectations with a political-military career. Claude de Granier, then Bishop of Geneva, intervened and after signing over to his younger brother his rights of family succession, he was ordained in 1593.

In December 1622 Sales was required to travel in the entourage of Charles Emmanuel I, Duke of Savoy, for the Duke's Christmas tour of his domain. Upon arrival in Lyon, he chose to stay in the gardener's hut at the Visitandine monastery in that city. While there he suffered a stroke, from which he died on 28 December 1622, aged 55.