This is a direct quote from Wikipedia [slightly shortened] 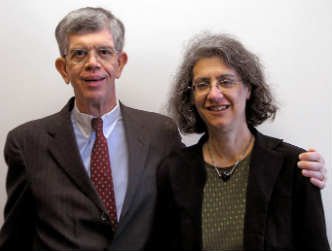 Professor Jim Jones with Professor Elyn Saks.
[ Professor Jones himself has written 'Walking the Tightrope of
Bipolar Disorder: The Secret Life of a Law Professor and Surviving
the Scourge of Schizophrenia: A Law Professor's Story].

Elyn R. Saks is Associate Dean and Orrin B. Evans Professor of Law, Psychology, and Psychiatry and the Behavioral Sciences at the University of Southern California Gould Law School, an expert in mental health law and a Mac­Arthur Foundation Fellowship winner. She has schizophrenia and is also a cancer survivor.

Saks experienced her first symptoms of mental illness at eight years old, but she had her first full-blown episode when a Marshall Scholar at Oxford University. Another breakdown happened while a student at Yale Law School, after which she "ended up forcibly restrained and forced to take anti-psychotic medication".

She has been a tireless campaigner and worker in trying to get the medical profession and the general public to adopt a different attitude towards mental illness. Saks says
"there's a tremendous need to implode the myths of mental illness, to put a face on it, to show people that a diagnosis does not have to lead to a painful and oblique life......... managing a severe mental illness is more complicated than simply avoiding certain behaviors. Approaches include medication (usually), therapy (often), a measure of good luck (always) — and, most of all, the inner strength to manage one's demons, if not banish them.........we who struggle with these disorders can lead full, happy, productive lives, if we have the right resources."

And Saks is living proof that with the right medication and treatment, people with mental illness can contribute an enormous amount to society and lead 'normal' or at least semi-normal lives.

Prof. Saks won both the Associate’s Award for Creativity in Research and Scholarship and the Phi Kappa Phi Faculty Recognition Award in 2004.

Saks in 2009 was selected as a MacArthur Foundation fellow, receiving a $500,000 "genius grant". Saks used the money to establish the Institute for Mental Health Law, Policy, and Ethics, which highlights one important mental health issue per academic year and is a collaborative effort between seven USC departments.

She has also had a hospital ward named after her -- "The Elyn Saks Ward" -- at Pelham Woods Hospital in Dorking, England. She is an elected member of the American Law Institute.

Saks has written about her experience with the illness in her award-winning best-selling autobiography, The Center Cannot Hold: My Journey Through Madness published by Hyperion Books in 2007. The book won the Time Magazine Top Ten Nonfiction Book of the Year Award, the Books for a Better Life Inspirational Memoir Award, and has been on the New York Times Extended Best Sellers List.

Her other books are