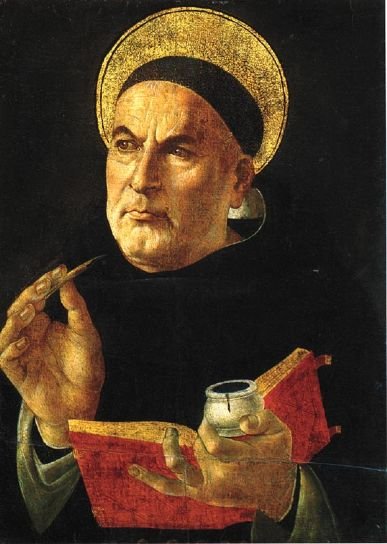 Thomas Aquinas, (1225 – 7 March 1274) was an Italian Dominican friar and priest and an influential theologian in the tradition of scholasticism.

Generally speaking he would be of little interest to this site – it being an essentially spiritual site, but something happened to him which is of interest to the site, of which more shortly.

One of his books the Summa Theologica, intended for beginners, also has one or two useful philosophical ideas.

Much of modern philosophy was conceived in development of or opposition to his ideas, which were also influenced by Aristotle, Averroes and Maimonides.  Thomas even attempted to synthesize Aristotelian philosophy with the principles of Christianity. The works for which he is best known are the Summa Theologica and the Summa contra Gentiles.

Up until 1273, Thomas was to all intents and purposes an establishment figure – part of the institutionalised Catholic Church.  He is honoured as a saint by the Catholic Church and in modern times, under papal directives, the study of his works was long used as a core of the required program of study for those seeking ordination as priests or deacons.  His life followed a very orderly rise within the Catholic institutional hierarchy.  About the only time in his life he really knew conflict was when, at the age of nineteen, he resolved to join the recently founded Dominican Order. His parents tried to ‘dissuade him’, by holding him prisoner for about one year in the family castle at Monte San Giovanni.  By 1244, seeing that all of her attempts to dissuade Thomas had failed, his mother sought to save the family's dignity, by arranging for Thomas to escape at night through his window.

In 1245, Thomas was sent to study at the Faculty of the Arts at the University of Paris, under Albertus Magnus, then the Chair of Theology at the College of St. James in Paris.  After a long period of study, in the spring of 1256, Thomas was appointed regent master in theology at Paris.  During this time he wrote numerous largely theological works, for example, Questiones disputatae de veritate (Disputed Questions on Truth), a collection of twenty-nine disputed questions on aspects of faith and Quaestiones quodlibetales (Quodlibetal Questions), a collection of his responses to questions posed to him by the academic audience.

In 1259, Thomas returned to Naples where he was appointed as general preacher. In September 1261, he was called to Orvieto. In Orvieto, Thomas completed his Summa contra Gentiles.  In February 1265, the newly elected Pope Clement IV summoned Aquinas to Rome to serve as papal theologian. This same year he was ordered by the Dominican Chapter of Agnani to teach at the Roman convent of Santa Sabina.  While at the Santa Sabina Thomas wrote his most famous work the Summa theologiae, which he conceived of specifically as suited to beginners:
"Because a doctor of catholic truth ought not only to teach the proficient, but to him pertains also to instruct beginners.”

In 1268, the Dominican Order assigned Thomas to be regent master at the University of Paris for a second time, a position he held until the spring of 1272. Whilst there he wrote De unitate intellectus, contra Averroistas (On the Unity of Intellect, against the Averroists) in which he blasts Averroism as incompatible with Christian doctrine. On 10 December 1270, the bishop of Paris, Etienne Tempier, issued an edict condemning thirteen Aristotlelian and Averroistic propositions as heretical and excommunicating anyone who continued to support them.  Such is dogma.
“Many in the ecclesiastical community were fearful that this introduction of Aristotelianism might somehow contaminate the purity of the Christian faith”.
In 1272, Thomas took leave from the University of Paris moving to Naples, to take his post as regent master.

Then something happened to him that shook him to the core.  On 6 December 1273 at the Dominican convent of Naples in the Chapel of Saint Nicholas after Matins, Thomas had some sort of a revelatory spiritual experience.
“He was seen by the sacristan Domenic of Caserta to be levitating in prayer with tears before an icon of the crucified Christ”.

Because of what he saw and apparently heard, he abandoned his routine and refused to dictate to his socius Reginald of Piperno. When Reginald begged him to get back to work, Thomas replied: "Reginald, I cannot, because all that I have written seems like straw to me". 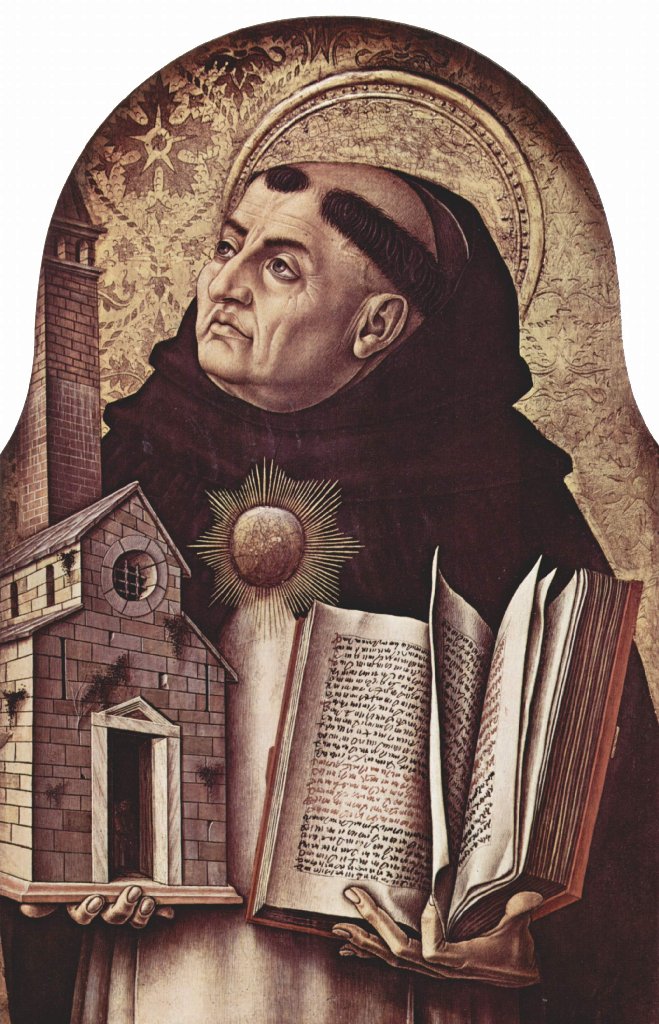 I think what we need to remember is that up until this point Thomas had had no direct experience of the spiritual world.  All his writing, all his theorising, was based on some sort of intellectual process and was, as such, as far removed from reality as you can get.  It is somewhat similar to someone in Barnsley writing about Rome having never stepped beyond their front room or opened the curtains, using only old guide books and their intellect to think up what it is like.
“What triggered Thomas's change in behaviour is believed by Catholics to have been some kind of supernatural experience of God. After taking to his bed, he did recover some strength”

So Thomas had his first spiritual experience and realised that everything he had written up to that point was nonsense.  Or as he says ‘as straw’.

It is no wonder he took to his bed.

Tragically, Thomas never got to correct his words of straw. 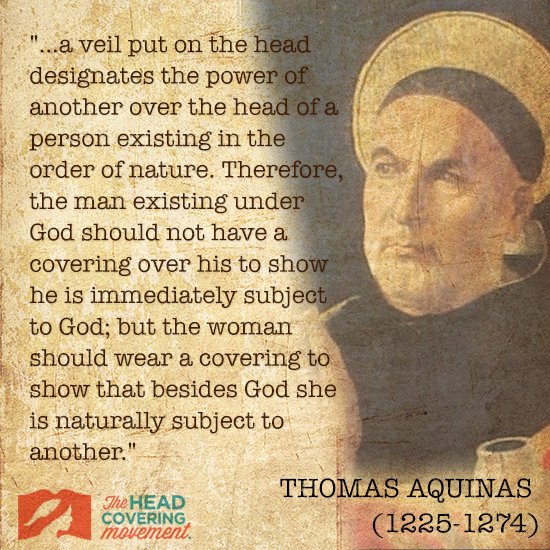 Pope Gregory X convened the Second Council of Lyon to be held on 1 May 1274 and summoned Thomas to attend. On his way to the Council, riding on a donkey along the Appian Way, he struck his head on the branch of a fallen tree and became seriously ill. He was then quickly escorted to Monte Cassino to convalesce. After resting for a while, he set out again, but stopped at the Cistercian Fossanova Abbey after again falling ill. The monks nursed him for several days, and he received his last rites.  He died on 7 March 1274.

In his encyclical of 4 August 1879, Pope Leo XIII stated that Thomas's theology was a definitive exposition of Catholic doctrine. Thus, he directed the clergy to take the teachings of Thomas as the basis of their theological positions. Leo XIII also decreed that all Catholic seminaries and universities must teach Thomas's doctrines, and where Thomas did not speak on a topic, the teachers were "urged to teach conclusions that were reconcilable with his thinking." In 1880, Saint Thomas Aquinas was declared patron of all Catholic educational establishments.

It is worth noting that his influence has been extremely detrimental to our fellow creatures and against all spiritual understanding, for example, he refers to animals as ‘dumb’ [he had clearly never been in contact with a border collie] and that ‘the natural order has declared animals for mans’ use’ [sic]. Thomas denied that human beings have any duty of charity to animals because ‘they are not persons’.  I am absolutely certain Jesus would not have agreed with him, but there you go, that’s theologians for you.

I wonder if he changed his mind after his experience – of that we will never know.