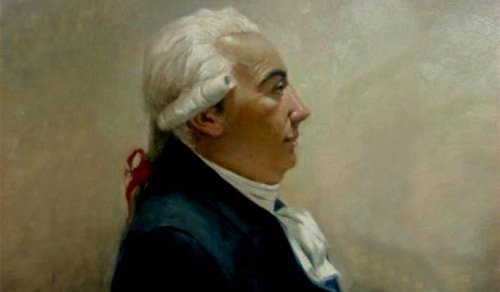 Louis Claude de Saint-Martin (1743 –1803) was a French philosopher, known as le philosophe inconnu, the name under which his works were published.

Saint-Martin was born at Amboise into a poor but noble family.  He was later interned and his property was confiscated during the French Revolution, but was later freed by local officials.  Saint-Martin regarded the French Revolution as a ‘sermon in action’. His ideal society was a natural and spiritual theocracy, or perhaps more correctly a meritocracy based on ‘men of mark and endowment’, who would regard themselves strictly as ‘divine commissioners’ to guide the people. In effect he believed in the Great Work and destiny, with some men and women as receivers of particularly important challenges. 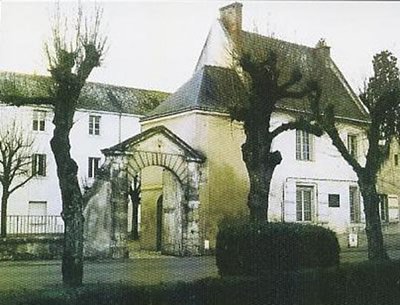 He was no lover of religious institutions and recommended that all ecclesiastical organization should disappear, but he was a Christian in that he believed the teachings of Jesus in their original and pure unsullied form, were sound moral and spiritual sense.

He also, interestingly, had a belief in the Higher spirit which he described as a part of God which exists in us all.  The creation was ‘an overflowing of the divine love, which was unable to contain itself’.

There were four stages on his spiritual path which tie in quite neatly with most other spiritual paths – recognition [and knowledge] of the human soul, recognition of the Higher spirit, then recognition of the equivalent of the World soul and finally ascent into the higher level [the equivalent to the path to the sun].  He was also familiar with the levels and layers – the ‘four elements’.  He, like Pythagoras, understood the importance of numbers and mathematics to the laws and functions of the universe.  "Numbers," he said, "are the only sensible expression of the different properties of beings, which all proceed from the one and only essence." [so we are coded beings – our functions and form are programmed in spirit]. 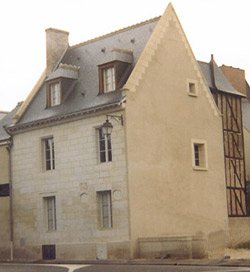 As his father wished, he tried first law and then the army as a profession, but it was whilst in the garrison at Bordeaux, that he came under the influence of Martinez de Pasqually, [who has been described as a Portuguese Jew ], who taught him mysticism drawn from kabbalistic sources.  St Martin had been brought up as a strict Catholic, but these meetings quickly changed his views, his first work, Of Errors and Truth, was placed upon the Index of prohibited works.   It was hailed as ‘a treasure ’. J. G. Findel declared that Saint-Martin gave:

the key to all the allegories and mystical fables of the ancients, the source of all religions and political institutions, and a model of the laws which should regulate the universe as well as single persons, and without which no real science could exist. 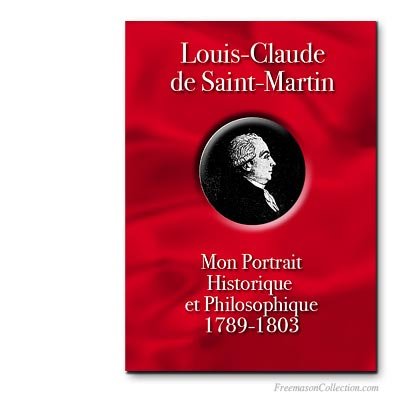 Pasqually had travelled extensively in the East and was known as ‘both a Kabbalist and Rosicrucian Initiate’ [there really isn’t any difference in reality]. Particularly interested in Masonry, he founded a Masonic Order in Paris. Arriving in Bordeaux in 1767, he established a ‘School of Occultism’ where theosophical principles were taught and a high code of ethics was maintained.

In 1771, Saint-Martin left the army to become a preacher of mysticism. His first book was written the same year.  He held meetings in Paris as part of the Paris salon and visited England, where he met William Law and Jane Leade.  He also travelled to Italy and Switzerland explaining his ideas.  Pascqually left Bordeaux in 1773 and Saint-Martin assumed charge of his school. In the following year Saint-Martin went to Lyons, where he established a semi-occult Masonic rite known as the "Rectified Rite of Saint-Martin," through which he endeavoured to restore spiritual and more eastern understanding  to Masonry.  Saint-Martin predicted that the time was not far off when the people of Europe would eagerly search for things they had formerly treated with contempt.

The literary wealth of Asia will come to their aid, [he prophesied] When they see the treasures which Indian literature begins to open, when they have studied the Mahabharata and the Vedas, they will be struck with the similarity between the thought of the East and the West. 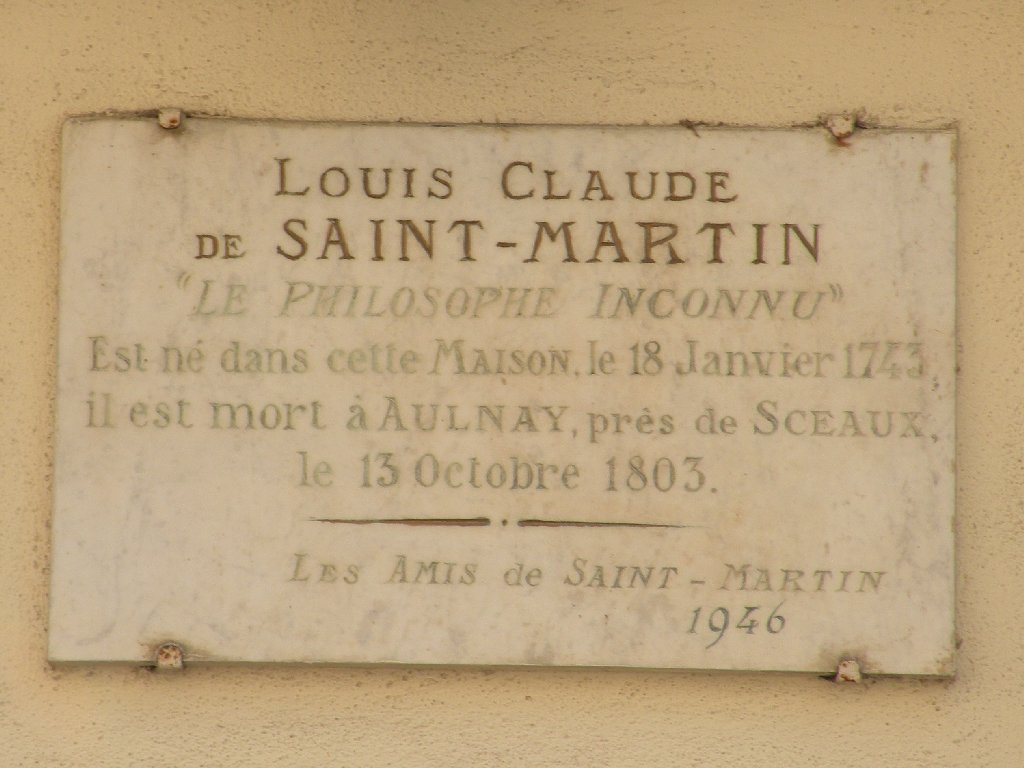 He was influenced by the work of Emmanuel Swedenborg and Jacob Boehme. He was the first to translate the writings of Jacob Boehme from German into French. His later years were devoted almost entirely to the composition of his chief works and to the translation of Boehme. His published letters show that he was interested in “ spiritualism, ‘magnetic treatments’, magic and ‘magical evocation’ [spells] and the works of Emmanuel Swedenborg” – a somewhat eclectic mix!

He died at Aulnay , in 1803 aged only 60.  Later admirers of his works formed groups of Friends of St Martin which later became known as the Martinists. They in turn were influential in the formation of the Hermetic Order of the Golden Dawn.  It was the sacred Ternary of the Martinists -- Liberty, Equality, Fraternity -- which was adopted as the special motto of the Revolution.