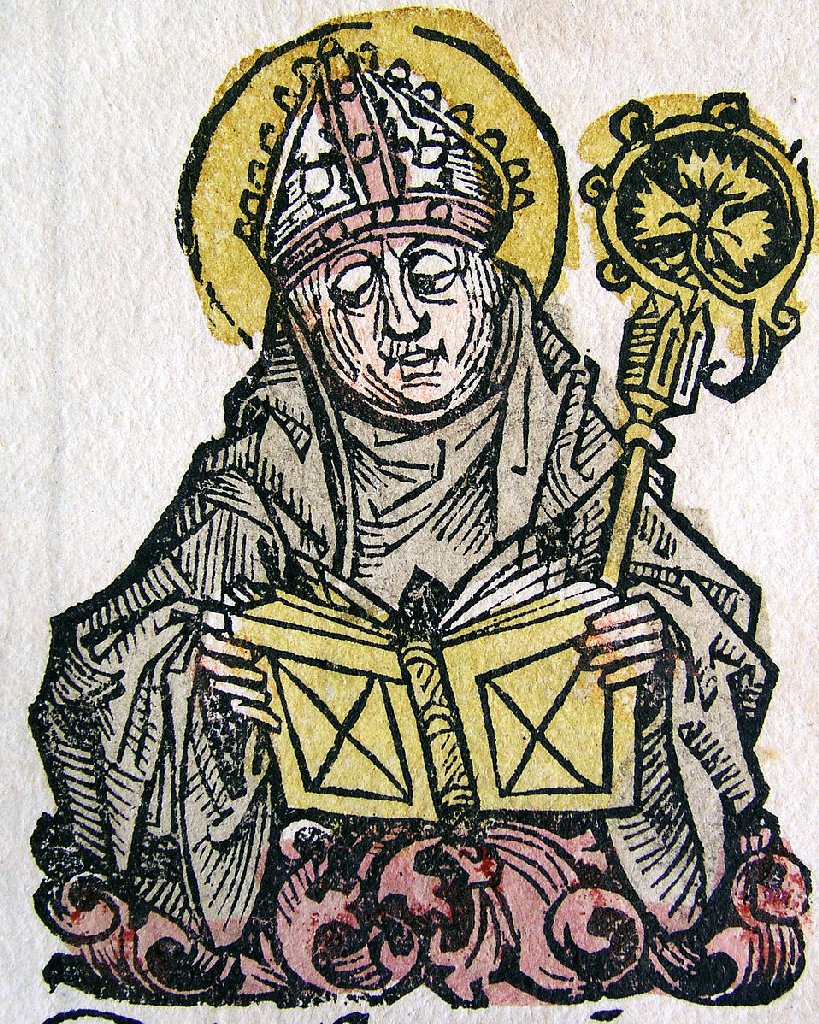 Edmund was described as of gentle disposition.  Nevertheless he had a strong sense of justice and morality and spent a large portion of his time as Archbishop, trying to stamp out corruption in both the state and church.  He was essentially a man of high principles and moral values.  If Jesus and the ten commandments said ‘Do not steal’, he believed that was what should be enacted without exception.  For this he won the admiration of ordinary people, who also valued his teaching and preaching.

Needless to say, however, his uncompromising stand in favour of justice and honesty in both civil and ecclesiastical government, of strict observance in monastic life, and of justice in high quarters brought him into conflict with all those whose honesty and integrity was very questionable - Henry III, several monasteries, even some of the priests of Canterbury cathedral.

Henry III was probably his greatest adversary.  Henry was a king whose rule had become so unpopular by 1258, [after Saint Edmund’s death], that a coalition of his barons seized power in a coup d'état.  Henry indulged in expensive and fruitless foreign policies, employed corrupt local officials in collecting taxes and debts and was beginning to erode the principles won during the baronial revolt at the end of his father John's reign, which had led to the sealing of Magna Carta. 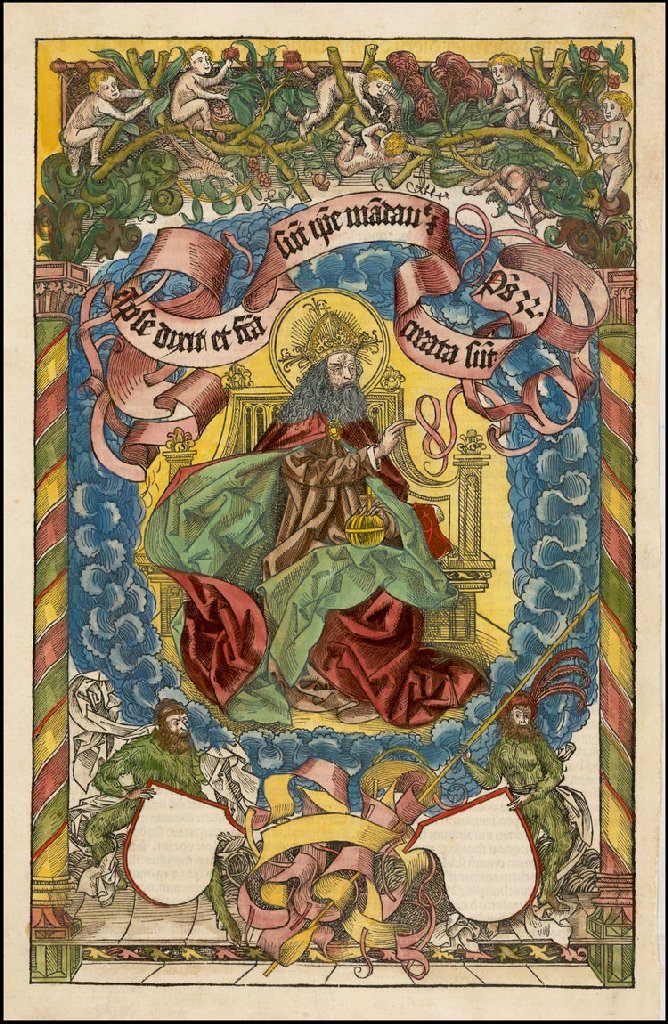 On his appointment, and in the name of his fellow bishops, Edmund confronted Henry at Westminster, on 2 February 1234, reminding him of what had happened to his father. A week after his consecration he again appeared before the king with the barons and bishops, this time threatening Henry with excommunication if he refused to dismiss his councillors. Henry yielded, however, Edmund's success turned the king against him and his whole life ended up being a battle against the misuse of power.

Edmund was born circa 1174, possibly on 20 November, in Abingdon in Berkshire (now Oxfordshire), 7 miles south of Oxford, England. He was the oldest of four children.  His father was a wealthy merchant, but it is his mother who seems to have had most influence in how and where he was educated as well as the course of his career.

It was his mother, for example, who encouraged him even as a boy, to practise ‘self-denial and austerity’.  After snatching a few hours' sleep, most of the night he spent in prayer and meditation.

His mother Mabel enticed him by little allurements to practice extreme asceticism like herself, to wear sackcloth, to fast on Friday, to refuse food on Sunday and other feast-days until he had sung the whole psalter. The family was apparently in easy circumstances, ... However, Mabel's severe discipline did not make the home a comfortable one for her husband. To quote Hook's Lives: “We are not, however, surprised to find that the more self-indulgent old merchant preferred a monastery to such a home as that which Mabel latterly provided for him.” So the father withdrew to the greater comfort of the monastery of Eynsham, near Oxford. 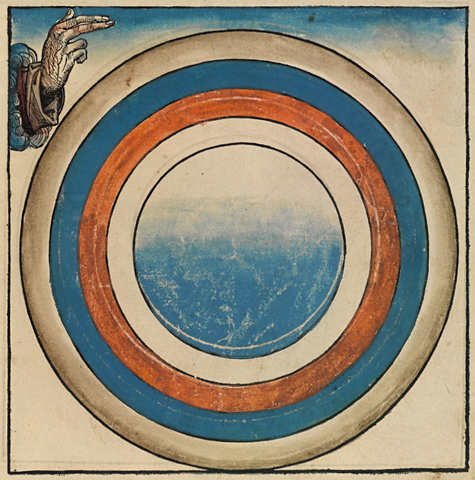 It was his mother too who made Edmund take up the study of theology, even though his interests seem to be in mathematics.  “Though for some time Edmund resisted the change, he finally entered upon his new career between 1205 and 1210. He received ordination, took a doctorate in divinity and soon became known as a lecturer on theology and a preacher”.

It appears that the end result was that he was not overly fond of women.

A certain young girl, who had taken a shine to him, invited the Abingdonian to a private assignation, but Edmund invited the University authorities, who proceeded to lay bare the back of the frail maiden and the offending Eve was whipped out of her!


But Edmund appears to have been devoted to his pupils, nursing them in sickness and selling the treasures of his library to give to needy scholars. 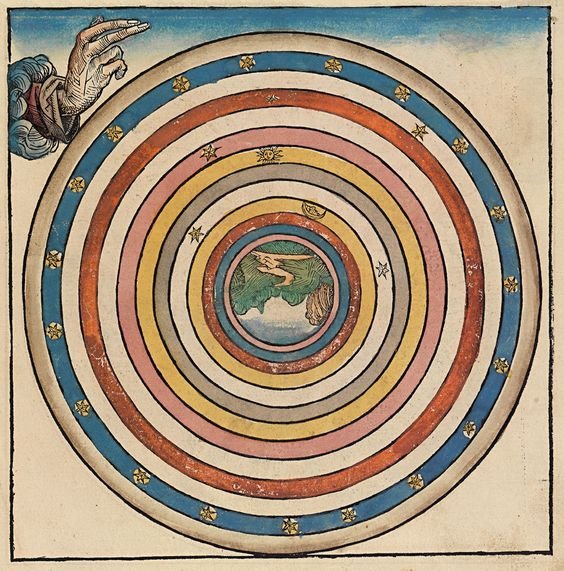 His early studies were in England, but he completed his higher learning in France at the University of Paris, where he was sent in 1195 with his brother Richard.  He then studied at the universities of Oxford and Paris and became a teacher in about 1200, or a little earlier. For six years he lectured on mathematics and philosophy, apparently dividing his time between Oxford and Paris, and helped introduce the study of Aristotle. Long hours at night spent in prayer had the result that he often 'nodded off' during his lectures.

Some time between 1219 and 1222 he was appointed vicar of the parish of Calne in Wiltshire and treasurer of Salisbury Cathedral. He held this position for eleven years.

In 1233, he was appointed by Pope Gregory IX, to the Archbishopric of Canterbury. The chapter had already made three selections which the pope had declined to confirm. Edmund's name had been proposed as a compromise by Gregory. He was consecrated on 2 April 1234.

Before his consecration Edmund had supported ecclesiastical independence from Rome, and the exclusion of foreigners from civil and ecclesiastical office. Reluctant to accept appointment as archbishop, Edmund was persuaded to accept after it was pointed out that if he refused, the Pope might very well appoint a foreign ecclesiastic. 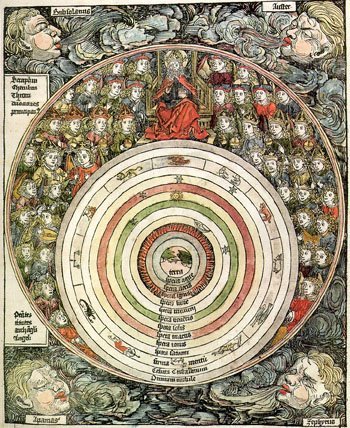 see Map of the Egg

During his time as Archbishop, Edmund also firmly defended the rights of Church and State against the exactions and usurpations of Rome.

He was the champion of the English Church against the tax-gatherers of Rome and endeavoured to suppress many corrupt practices in the Church. To this end, his Constitutions were issued in 1236.


In December 1237 Edmund set out for Rome to plead his cause in person. From this futile mission he returned to England in August 1238 where his efforts to foster reform were frustrated. Edmund submitted to the papal demands and, early in 1240 paid to the pope's agents one fifth of his revenue, which had been levied for the pope's war against Emperor Frederick II.

He finally broke down under the stress of all these struggles and, feeling his position to be intolerable, he retired from his troubled life to an exile of despair at Pontigny, and lived in seclusion as a simple monk.

As a boy, he had seen visions in the fields of Abingdon and Oxford. The end of his life at Pontigny and Soisy was also vision-haunted.

Death came to him at Soisy, on 16th November 1240, and his body was carried back to Pontigny, where his shrine may be seen today, behind the High Altar of the Abbey there.

Reported miracles and, still more, the memory of his pure and holy life, attracted many worshippers to the shrine and, at length, led to his canonization in 1247. 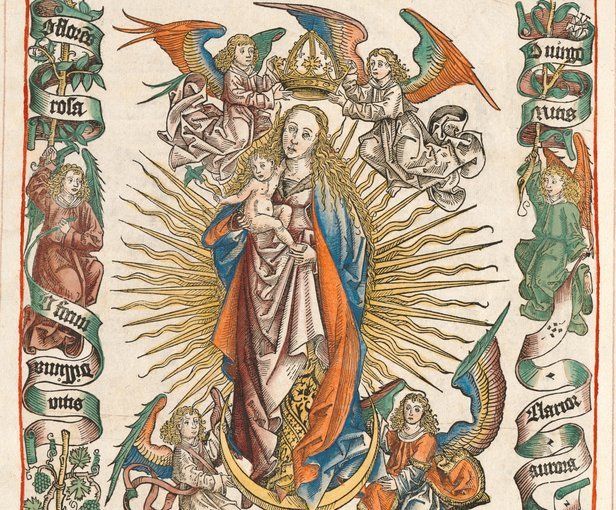 A few years after his death the first chapel dedicated to him, St Edmund's Chapel, was consecrated in Dover by his friend Richard of Chichester (making it the only chapel dedicated to one English saint by another). At Salisbury a collegiate church and an altar in the cathedral were named after Edmund. St Edmund's Catholic School in Portsmouth is also named after him.

Today he is remembered for his connection to St Edmund's College, Cambridge; St Edmund's School, Canterbury; and St Edmund's College, Ware.  The site where he lived and taught in Oxford was also formed into a mediaeval academic hall in his name and eventually incorporated as the current college St Edmund Hall.  There is a long-established tradition that he utilised his lecture-fees to build the Lady Chapel of St Peter's in the East at Oxford.

Edmund's life inspired the formation of the Society of St Edmund at Pontigny, France, in 1843 by Rev. Jean Baptiste Muard, who intended to keep Saint Edmund's memory and life alive through faithful service, for the work of popular missions. The members also devote themselves to parochial work, to the education of youth in seminaries and colleges, to the direction of pious associations, and to foreign missions.  Members of the Society, based in Pontigny, fled to the United States in 1889 after widespread anti-clericalism seized France. 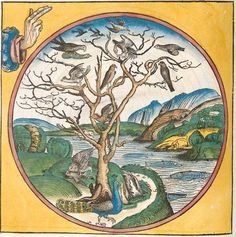 It was not St. Edmund's political capacity so much as the charm of his character that attracted the affection of his own and succeeding generations. He spent the 'amercements' of his see in providing dowries for his poorer tenants' daughters. He would tolerate neither bribery nor gifts, was a good steward of the estates of his office, and was hospitable in spite of his personal austerity. To the end, he wore a cheap tunic of grey or white in preference to purple and fine linen. The chronicler quaintly remarks that, when he was Primate of all England, he did not blush to take off his own shoes.