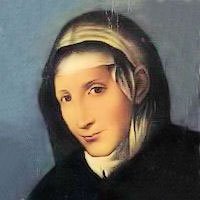 Saint Catherine of Genoa (Caterina Fieschi Adorno, 1447 – 15 September 1510) was an Italian Roman Catholic saint, admired for her work among the sick and the poor and remembered because of various writings describing both these actions and her spiritual experiences. She was a member of the noble Fieschi family, and spent most of her life and her means serving the sick, especially during the plague which ravaged Genoa in 1497 and 1501. She died in that city in 1510.

Her fame outside her native city is connected with the publication in 1551 of the book known in English as the Life and Doctrine of Saint Catherine of Genoa.

Catherine's writings were examined by the Holy Office and declared to contain doctrine that would alone be enough to prove her sanctity, and she was accordingly beatified in 1675 by Pope Clement X, and canonized in 1737 by Pope Clement XII. Her writings also became sources of inspiration for other religious leaders such as Saints Robert Bellarmine and Francis de Sales and Cardinal Henry Edward Manning.  She and her teaching were the subject of Baron Friedrich von Hügel's classic work The Mystical Element of Religion (1908).

St Catherine of Genoa's liturgical feast is celebrated in local calendars on 15 September. Pope Pius XII declared her patroness of the hospitals in Italy. 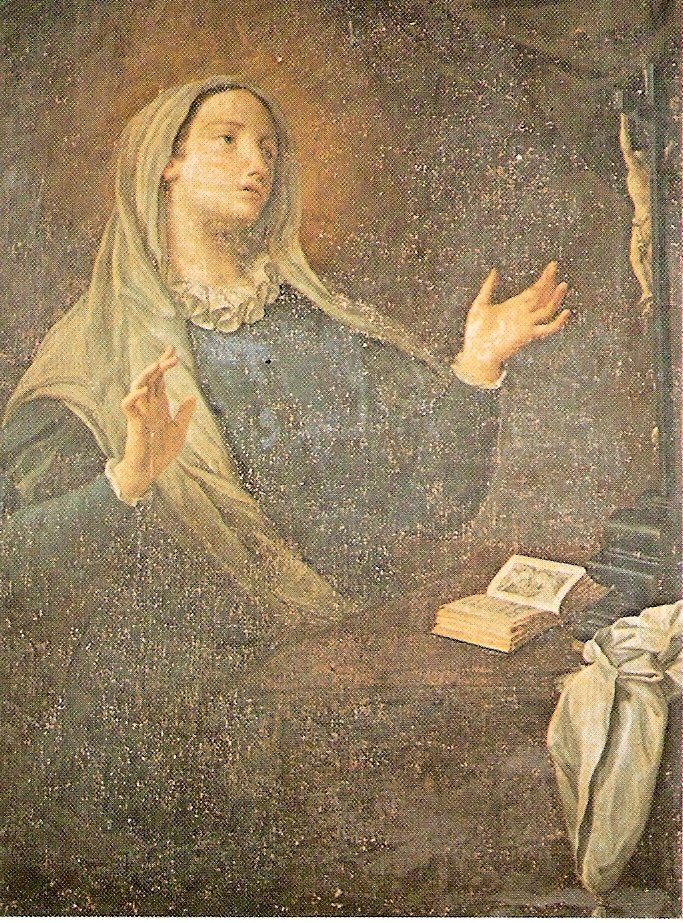 Catherine was born in Genoa in 1447, the last of five children. Catherine's parents were Jacopo Fieschi and Francesca di Negro, both of illustrious Italian birth. The family was connected to two previous popes, and Jacopo became Viceroy of Naples.

Catherine wished to enter a convent when about 13, perhaps inspired by her sister Limbania who was an Augustinian nun. However, the nuns to whom her confessor applied on her behalf refused her on account of her youth, and after this Catherine appears to have put the idea aside without any further attempt.

After her father’s death in 1463, she was married to Giuliano Adorno, a man who, after several experiences in the area of trade and in the military world in the Middle East, had returned to Genoa to get married. Their marriage was probably a ploy to end the feud between their two families.

At sixteen, she was married by her parents' wish to a young Genoese nobleman, Giuliano Adorno. The marriage turned out wretchedly; Giuliano proved faithless, violent-tempered, and a spendthrift. And made the life of his wife a misery. Details are scanty, but it seems at least clear that Catherine spent the first five years of her marriage in silent, melancholy submission to her husband; and that she then, for another five, turned a little to the world for consolation in her troubles. The distractions she took were most innocent; nevertheless, destined as she was for an extraordinary life, they had the effect in her case of producing lukewarmness, the end of which was such intense weariness and depression that she prayed earnestly for a return of her old fervour.

The marriage was childless; and her husband's spending, ruined them financially.  After ten years of marriage, desperate for an escape, she prayed for three months that God would keep her sick in bed, but her prayer went unanswered.

She was converted by a mystical experience during confession on 22 March 1473; her conversion is described as an overpowering sense of God's love for her.

….just ten years after her marriage, came the event of her life, in answer to her prayer. She went one day, full of melancholy, to a convent in Genoa where she had a sister, a nun. The latter advised her to go to confession to the nuns' confessor, and Catherine agreed. No sooner, however, had she knelt down in the confessional than a ray of Divine light pierced her soul, and in one moment manifested her own sinfulness and the Love of God with equal clearness. The revelation was so overwhelming that she lost consciousness and fell into a kind of ecstasy, for a space during which the confessor happened to be called away. When he returned, Catherine could only murmur that she would put off her confession, and go home quickly.
From the moment of that sudden vision of herself and God, the saint's interior state seems never to have changed, save by varying in intensity and being accompanied by more or less severe penance, according to what she saw required of her by the Holy Spirit Who guided her incessantly.

She began to receive Communion almost daily, a practice extremely rare for lay people in the Middle Ages, and she underwent remarkable mental and at times very physical experiences, the subject of Friedrich von Hügel's study The Mystical Element of Religion.

For about twenty-five years, Catherine, though frequently making confessions, was unable to open her mind for direction to anyone; but towards the end of her life a Father Marabotti was appointed to be her spiritual guide. To him she explained her states, past and present, in full, and he compiled the "Memoirs" .. from his intimate personal knowledge of her.
Of the saint's outward life, after this great change, her biographies practically tell us but two facts: that she at last converted her husband who died penitent in 1497; and that both before and after his death — though more entirely after it — she gave herself to the care of the sick in the great Hospital of Genoa, where she eventually became manager and treasurer.
She died worn out with labours of body and soul, and consumed, even physically, by the fires of Divine love within her.

Her death had been slow with many days of pain and suffering as she experienced visions and wavered between life and death. 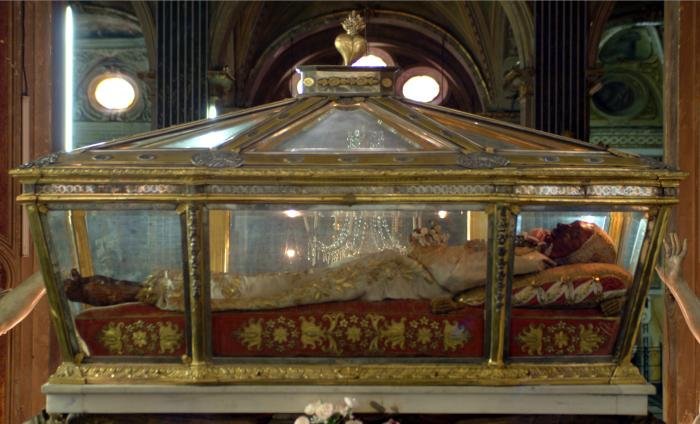