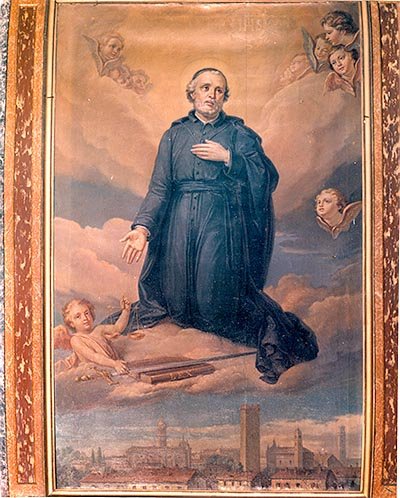 Realino spent most of his Jesuit life as a humble parish priest after renouncing a successful career.

He first pursued a career in law and served in several municipal capacities before feeling called to the Jesuit life and being ordained to the priesthood in Naples.

He is often called the "Apostle of Lecce" for his commitment to the poor and for his preaching abilities.

Through the years Realino dedicated himself to pastoral care of people. In 1583 he began a sodality for diocesan priests to foster their own priestly virtues and to improve their moral theology so they could be better confessors. People of the town returned their affection, especially when the holy Jesuit fell into a final illness in June 1616. Magistrates came to him twice asking that he become Lecce's heavenly patron, but he could no longer speak and his sign was interpreted as agreement for the continued care of people of the city.

Realino was proclaimed to be Venerable on 31 July 1838 after Pope Gregory XVI confirmed his life of heroic virtue. Pope Leo XIII beatified the Jesuit priest in Saint Peter's Basilica on 12 January 1896 (after the confirmation of two miracles attributed to him) and a decree for the resumption of the cause was issued on 1 May 1902; an informative process for two additional miracles was held and it received validation from the Congregation for Rites on 29 February 1940 while a preparatory committee approved them on 1 April 1941. Pope Pius XII later canonized him as a saint (after the confirmation of two more miracles) on 22 June 1947.

Pius XII named him as the patron saint for Lecce on 15 December 1947. 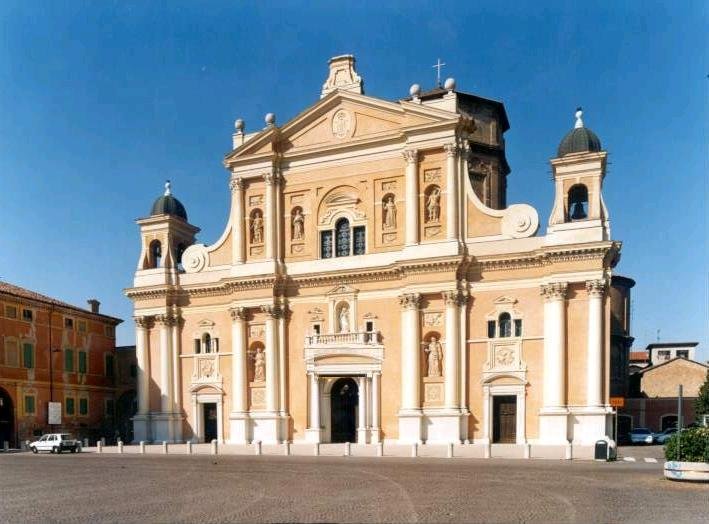 Bernardino Realino was born in Carpi, an Italian town and commune in the province of Modena, Emilia-Romagna, on 1 December 1530 to a noble family.

He attended school at Modena.

…. he began university studies in philosophy and medicine but switched course midway through because he thought a legal career would bring greater advancement and wealth. Family connections helped him become mayor of Felizzano at age 26. The position included responsibility as a judge. People found him honest and asked that he be reappointed at the end of his first term. Other administrative positions followed until the marquis of Pescara took him into his employ, making him mayor of Castelleone. Despite his success, Realino found that worldly honours less interesting than he had expected and began giving his money to the poor. In 1564 the marquis named him superintendent of his estates in the Kingdom of Naples.

Realino graduated with a doctorate in law - both civil and canon law - at the Bologna college in 1556. In 1556 he was appointed as the podestà of both the Cassine and Felizzano cities - he served as a judge in Felizzano - and then became the praetor of Castelleone; he also worked as the chief tax collector in Alessandria. Realino became noted in these places for his legal brilliance and learning. He entered the service of Francesco Ferdinando d'Avalos and moved to Naples to act as the superintendent of the fiefs of the Marquis. 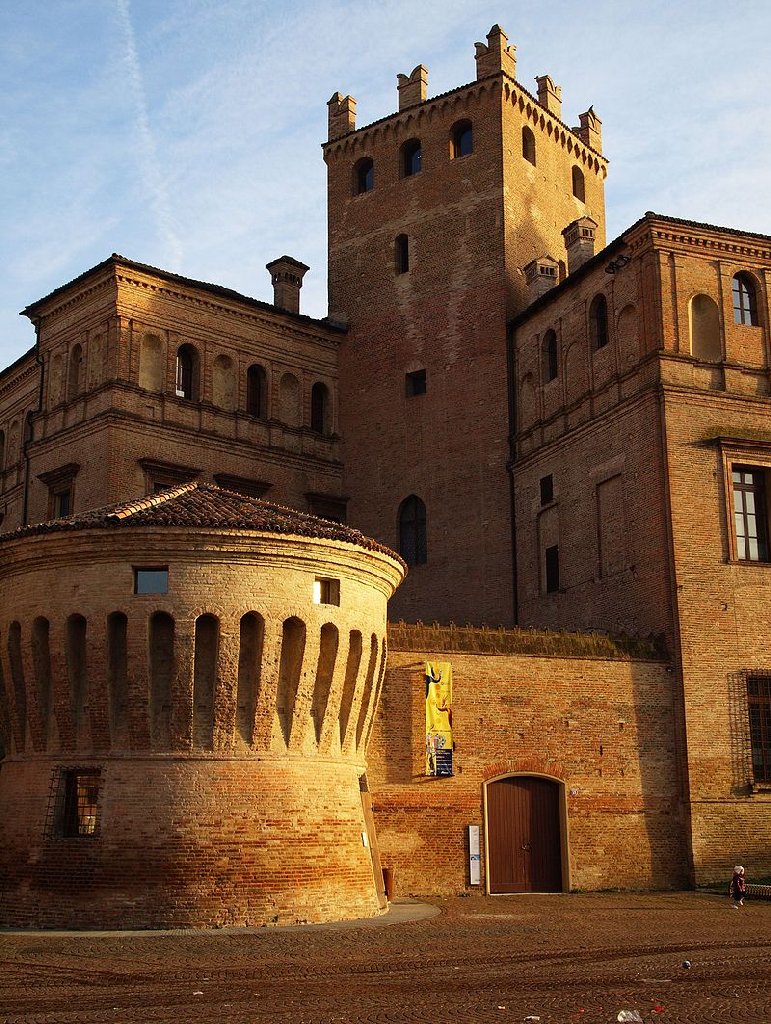 In August of that year he encountered two Jesuit novices and learned that the Society of Jesus had only recently arrived in Naples. A sermon by a Jesuit preacher moved him deeply and led him to ask the Jesuit to hear his confession. The priest recognized Realino's religious inclinations and asked him to make an eight-day retreat. Realino experienced great peace and had a vision of our Lady commanding him to enter the Jesuits. The lawyer promptly presented himself to the provincial who accepted his entrance into the novitiate on Oct. 13, 1564.
Realino initially asked to be a brother but superiors told him he should be ordained. Only seven months after taking first vows he was ordained on May 24, 1567. Soon afterwards Father General Francis Borgia appointed him master of novices in Naples, even though he was still studying theology. His prudence and sound judgment made up for lack of formal training. He also began the pastoral work that would occupy the rest of his years. He preached and taught catechism, visited slaves on the galleys in the Naples harbour, and heard confessions.

In 1574 he was sent to Lecce in Apulia, to investigate the possibility of establishing a Jesuit house and college. People responded enthusiastically, and Realino began pastoral work in Lecce that would continue for 42 years: preaching, hearing confessions, counseling clergy, visiting the sick and those in prison and giving conferences in convents and monasteries. Several times the Jesuit received orders to move to Naples or Rome, but every time he was about to leave the city, he was prevented by some mysterious happening, be it a sudden fever that required rest or intemperate weather. Eventually superiors decided to quit trying to move him. 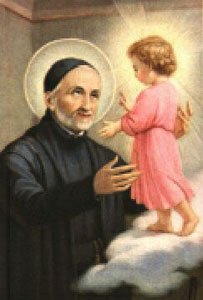 In 1610 he suffered a fall and sustained two wounds that never would heal again; his health took a sharp decline in June 1616.

He died in July 1616. His remains are preserved in Lecce in the Chiesa del Gesù.

Saint Roberto Bellarmino
I have never heard a complaint about Father Realino though I have been his provincial; even those who were ill-disposed to the Society who seized every opportunity to speak unfavourably of it always made exception for Realino ... Everyone knows that he is a saint.