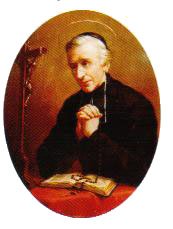 Saint André-Hubert Fournet (6 December 1752 – 13 May 1834) was a French Roman Catholic priest and the co-founder - alongside Saint Jeanne-Elisabeth Bichier des Ages- of the Sisters of the Cross – Les Filles de la Croix.

The sainthood process opened on 19 July 1877 under Pope Pius IX and the priest was titled as a Servant of God as a subsequent result while local investigations - an informative and apostolic process - were held in Poitiers. The confirmation of his life of heroic virtue allowed for Pope Benedict XV to title him as Venerable on 10 July 1921.

Pope Pius XI confirmed two miracles to him and beatified him on 16 May 1926 while the confirmation of an additional two allowed for the same pope to canonize Fournet as a saint on 4 June 1933.

On June 4th, 1933, which was Whit-Sunday, a devoted secular priest of Poitou, who died a century ago, by name Andrew Hubert Fournet, was canonized in St. Peter's with all the usual solemnities. Although he was the founder of a widely spread religious Congregation, "les Filles de la Croix," his life is probably little known to the majority of Catholics in this country. I happened to be in Rome at the time of the canonization and I was greatly impressed by the vast crowds, mainly French pilgrims, who came to attend the ceremony, as well as by the multitudes who thronged the piazza to witness the illumination of the basilica in the evening. 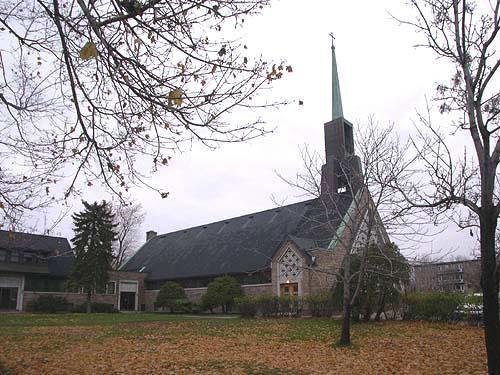 André-Hubert Fournet was born on 6 December 1752 in Vienne to Pierre Fournet and Florence Chasseloup. His parents were from Maille, a little town near Poitiers, in France and both of them were very religious people. Of the two however, Mdme. Fournet was the more zealous and had her heart set on Andrew becoming a priest. His mother appears to have been somewhat overkeen for him to be a priest, and as a consequence he dug in his heels and simply said no.  "I'm not going to be a priest or monk". 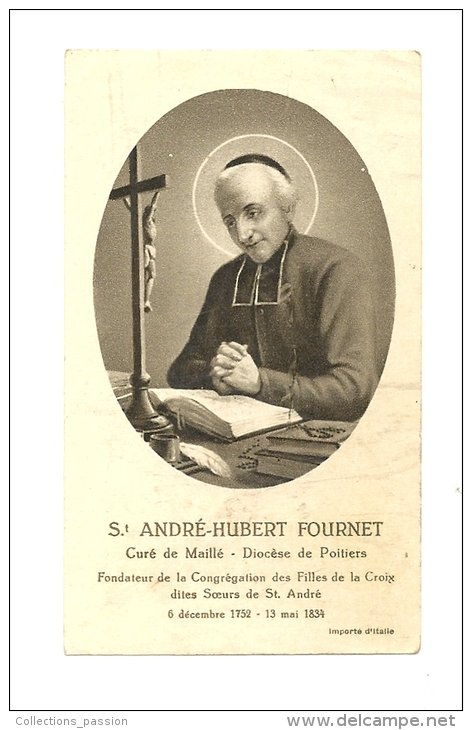 He studied law and philosophy at Poitiers but ran off from school as a sign of rebellion towards his mother and even joined the armed forces; his mother found him and pulled him out of it. Overall Andrew’s childhood and adolescence appears to have been dogged by a mother who did not want him to enjoy himself, but instead had designs on his entire life.

His uncle Jean Fournet was a rural pastor and it was suggested that Andrew go to stay with him for a while.  Andrew probably jumped at the chance to get away from his mother, but it turned out that Jean Fournet led by example.  Simply put - his uncle's parish was poor and his uncle was a holy man who followed Christian teachings -  he did what he preached.  This had a profound effect on Andrew, so great an effect that he decided to become a priest.  He was later ordained as such in 1776, before being made the parish priest of his own hometown (succeeding his uncle) in 1781.

The French Revolution saw him refuse to take the oath and he continued his now illegal pastoral mission in secret. On 6 April 1792 - on Good Friday - he was arrested for his activities. He declined being taken to jail in a carriage, and said since Jesus Christ carried His cross it behooved His followers to travel on foot too.

He became a hunted man. In 1792, he was forced to flee to Spain and remained there for five years. But he worried about his people and went back to France. The danger was as great as before, but  Father Fournet was protected by his flock. He only just escaped death several times. Meanwhile, he heard confessions, celebrated the Eucharist, and gave the Last Rites.

In 1798, he met Saint Jeanne-Elisabeth Bichier des Ages and collaborated with her in the establishment of her new religious order named the Sisters of the Cross. He drew up the monastic rule that the new congregation would follow.

He retired from his parish duties in 1820, but continued to direct the new order until his death. St. Andrew died on May 13, 1834, at the age of eighty-two.

Saint André-Hubert Fournet was able to levitate and heal, but the observation I have found comes from Father Herbert Thurston, who undertook very extensive research into the records of the saints’ beautification process looking for miracles.  And the very unusual miracle that saint Andrew performed is that of the multiplication of food – which technically speaking is apporting through the method of prayer – asking spirit helpers for an apport of food.

St. Andrew Fournet, who lived to the age of eighty-two, had had charge of a parish at the outbreak of the French Revolution. He had been forced to take refuge for a time in Spain, but returned to his flock at the risk of his life, celebrating Mass by stealth in a barn and setting a marvellous example of holiness and zeal. There was no note of extravagance in his piety.
Simplicity, straightforwardness and an all-embracing charity were the keynotes of his character; but, as so often happens, God seems to have rewarded his singleness of heart by extraordinary marks of favour.
This is not the place to speak of his efforts to revive the faith of the people after the Revolution, of his miracles of healing, or of the fervour which, on certain occasions, when he was preaching or saying Mass, raised him bodily from the ground before the eyes of all; but he is credited also with another form of prodigy not infrequently met with in the lives of those generous givers who divest themselves of all things in order to supply the temporal or spiritual needs of the forsaken and the destitute.

Having before me a copy of the official summary of the evidence presented to the Congregation of Sacred Rites in the cause of St. Andrew's beatification, I cannot, perhaps, better introduce this phenomenon of the multiplication of food than by translating part of the depositions of one or two of the witnesses who gave testimony in the process. They were nuns of that Congregation of the Filles de la Croix, which the Saint, in conjunction with their heroic mother, the Venerable Elizabeth Bidder, had founded in dire poverty to instruct the spiritually neglected peasantry of Western France.


Thus it is the nuns’ evidence we have.