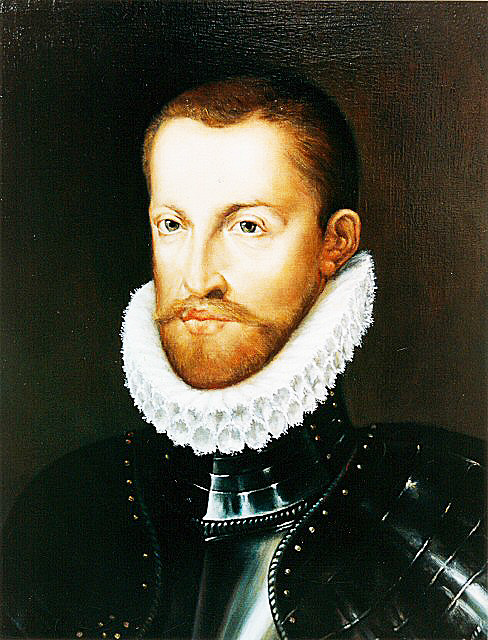 Rudolf's legacy has traditionally been viewed in three ways:

Historians have traditionally blamed Rudolf's preoccupation with the arts, occult sciences, and other personal interests as the reason for the political disasters of his reign. More recently, however, historians have re-evaluated this view and see his patronage of the arts and occult sciences as a triumph and key part of the Renaissance, while his political failures are seen as a legitimate attempt to create a unified Christian empire, which was undermined by the “realities of religious, political and intellectual disintegration”.  Scheming people. 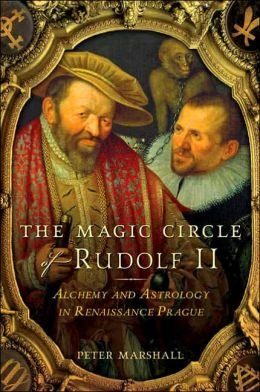 Peter Marshall – Ars Magica  Rosicrucean Digest No 1
Rudolf II (1552-1612) was an extraordinary patron of the arts and mysticism. Driven to understand the deepest secrets of nature and the riddle of existence, Rudolf invited to his court an endless stream of genius and established Prague as the artistic and scientific center of Europe at that time.
Neoplatonism, Hermeti­cism, the Cabala, and magic were essential elements in the world view of Rudolf’s court, alchemy and astrology were the main sciences that shared the same perspective. Alchemy attempted to transform nature by drawing on invisi­ble energies as well as physical means, while astrology assumed that the subtle web of correspondences between heaven and earth ensured that celestial events would influence those on earth. Although they were con­sidered—with magic—part of the “occult” sciences, their higher purpose was to ban­ish the darkness of ignorance and to attain enlightenment through knowledge.
The alchemists believed in the alchemy of matter as well as the alchemy of spirit: If an alchemist was not spiritually pure, he would never achieve success in his experiments. To discover the Philosopher’s Stone was therefore an outward sign of inner enlightenment, the two aspects were inextricable. The alchemists’ aim was to attain personal harmony which mirrored the ultimate harmony of the universe. Moreover, they sought not only the 'transmutation of metals' but the moral and spiritual transformation of humankind. Underlying their obsessive pursuit of the Philosopher’s Stone was undoubtedly a drive for harmony and perfection and for the truths of revealed religion. The alchemical dream of the Renaissance was nothing less than a search for the Creator through his created works 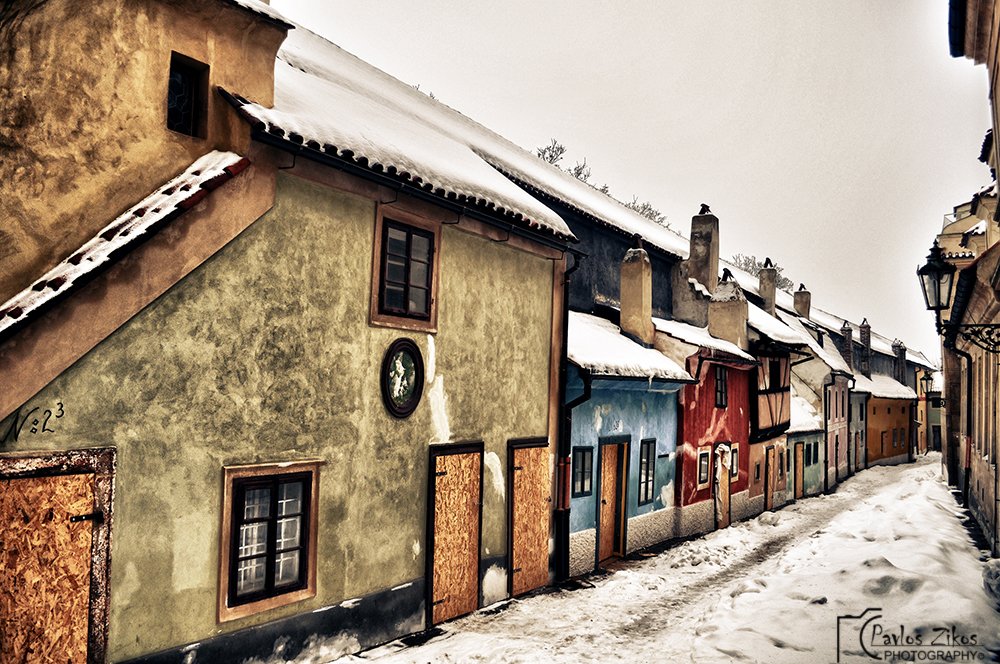 Astrology and alchemy were regarded as mainstream scientific fields in Renaissance Prague, and Rudolf was a firm devotee of both. He spared no expense in bringing Europe's best alchemists to court.  During the Renais­sance, alchemy and as­trology were still central to medicine. Alchemy provided medicines made from plants, minerals, and herbs, while astrolo­gy was important in establishing one’s destiny.

Rudolf gave Prague a mystical reputation that persists to this day, with Alchemists' Alley in the grounds of Prague Castle, a popular visiting place and tourist attraction.

Rudolf was born in Vienna on 18 July 1552. He was the eldest son and successor of Maximilian II, Holy Roman Emperor, King of Bohemia, and King of Hungary and Croatia; his mother was Maria of Spain, a daughter of Charles V and Isabella of Portugal.

Rudolf spent eight formative years, from age 11 to 19 (1563–1571), in Spain, at the court of his maternal uncle Phillip II. He was described as reserved, secretive, and largely a homebody who did not like to travel or even partake in the daily affairs of state. He was more intrigued by occult learning and sex.  Rudolf did not marry, but from the evidence he appears to have practised all the forms of Sex Magick and Sexual Stimulation he could find – not always successfully!  Rudolf reportedly had liaisons with his court chamberlain, a series of valets, and numerous women, “some of whom claimed to have been impregnated by him!”  He had several illegitimate children with his mistress Catherina Strada. So more Making Love than Sex Magick.  A sort of royal Aleister Crowley. 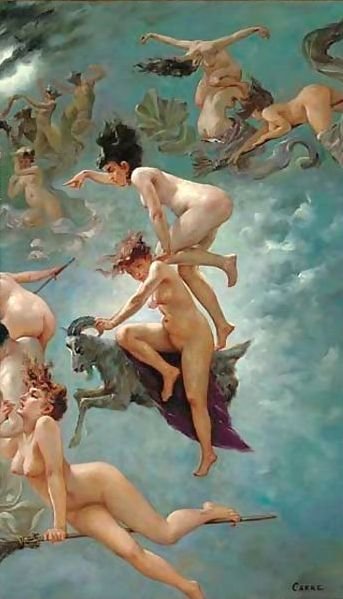 Peter Marshall – Ars Magica  Rosicrucean Digest No 1
Indeed, what Rudolf was trying to achieve  in his castle is beautifully evoked by the title of an illustrated book on alchemy by Daniel Stoltzius von Stolzenberg, a late representative of Rudolfine Prague, A Chemical Pleasure Garden, “decorated with handsome figures cut in copper, illustrated with poetic paintings and explanations, so that it may not only serve to refresh the eyes and the spirit but arouse at the same time a very deep contemplation of natural things…” It shows perfectly how at Rudolf ’s court science and art, reason and imagination, philosophy and religion were inseparable.

Rudolf was tolerant of Protestantism and all other religions, including Judaism. He largely withdrew from Catholic observances, in death denying last sacramental rites. He had little attachment to Protestants either, except as counter-weight to repressive Papal policies. He put his primary support behind ‘humanists’ – peace makers.

We can now see why he was not very good at making War, his main interests were the arts and love of any sort he could find.  He claimed to suffer from periodic bouts of "melancholy" (depression).  These became ‘worse with age’, and were manifested by a withdrawal from the world and its affairs into his ‘private interests’.  One suspects that the melancholy was caused by having to run a country, when what he wanted to do was make love and support artists, and the ‘depression’ gave him a good excuse to retire gracefully and do what he wanted. 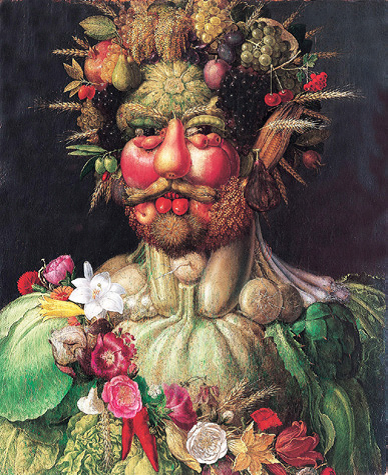 Rudolf II painted as Vertumnus, Roman deity of the seasons

Peter Marshall – Ars Magica  Rosicrucean Digest No 1
Rudolf would have known about the fiery dreams of the alchemists ever since he was a boy. The libraries of his father in Vi­enna and of his uncle in Madrid were full of the works of the German, Italian, and Spanish alchemists and physicians who wrote and communicated with each other in Latin. Rudolf ’s quest for miraculous knowledge would have been excited by the imperial court physician and astrono­mer-astrologer Dr. Tadeáš Hájek of Hájek (Thaddaeus Hagecius). A native of Prague and a master of ars magica and occult phi­losophy, Hájek had been first engaged by his father. He conducted alchemical ex­periments in his house on the corner of Bethlehem Square in the Old Town and it became the meeting place for many alchemists, physicians, scientists, and scholars. Hájek completed Rudolf ’s Spanish educa­tion by introducing him to the writings of the medieval philosophers Albertus Mag­nus and Roger Bacon (whose works were on the Index forbidden by the Vatican), the physician Avicenna (the “Aris­totle of the Arabs”), the alchemist Geber (the “Prince of the Arab Philosophers”), and the works of Paracelsus (the found­ing father of modern medicine and chem­istry). The heady writings of the Spanish alchemist Arnald de Villa­nova, who was a physician to several Popes and accused of heresy, were not neglected. 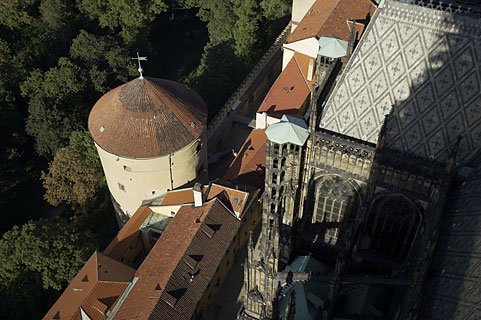 The Powder Tower - which exists

Rudolf had an ‘alchemi­cal laboratory’ built in the Powder Tower set in the northern wall of Prague Cas­tle and invited alchemists from all over Europe to use it. It would have been full of athanors (furnaces), with sooty assistants working the pumps, warming up stills called alembics (after the Ar­abic al abiq) and pelicans (so called because they looked like the bird) as well as the bain-marie, named after the Alexandrian alchemist Maria the Jewess who first invented the ‘bath for gentle heating’. Rudolf would often call un­announced to see how the experiments were proceed­ing. 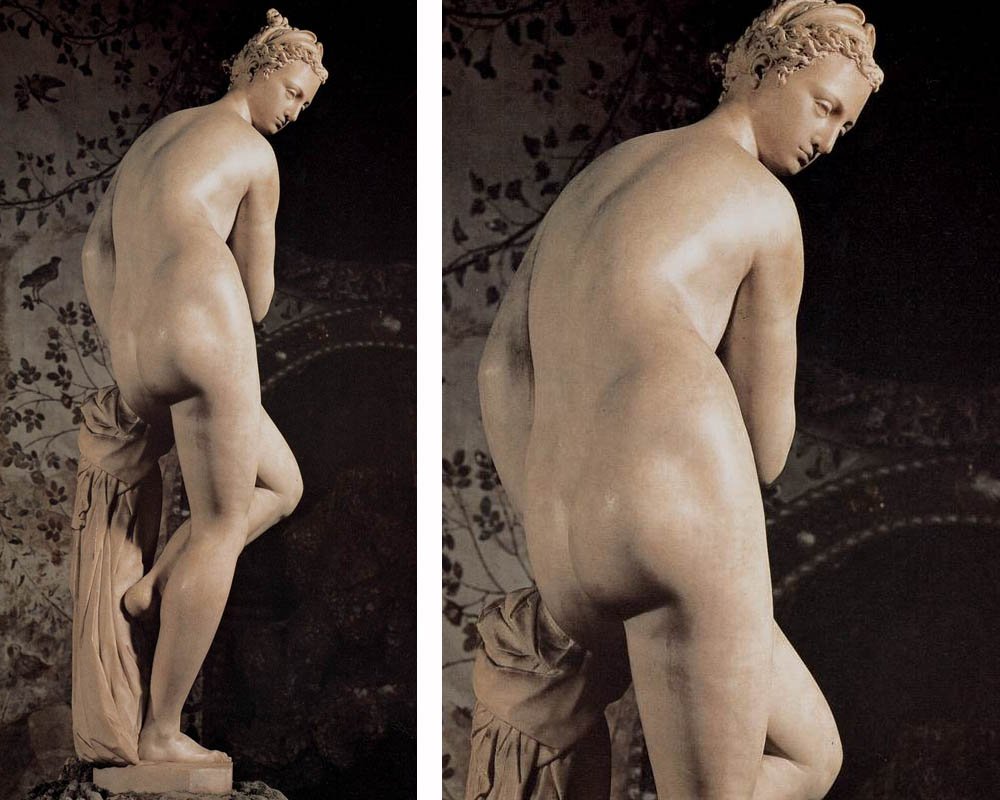 Rudolf’s art collection contained works by Bartholomeus Spranger, Dürer, Brueghel, Hans von Aachen, Giambologna, Giuseppe Arcimboldo, Aegidius Sadeler, Roelant Savery, and Adrian de Vries, as well as  Veronese. Rudolf's collections were the most impressive in the Europe of his day, and the greatest collection of Northern Mannerist art ever assembled.

He supported poets, watchmakers, architects, horticulturists and sculptors.  The poetess Elizabeth Jane Weston, a writer of neo-Latin poetry, was also part of his court and wrote numerous odes to him.  Rudolf kept a menagerie of exotic animals, botanical gardens, and Europe's most extensive "cabinet of curiosities" (Kunstkammer) incorporating "the three kingdoms of nature and the works of man".

Peter Marshall – Ars Magica  Rosicrucean Digest No 1
Into this royal crucible, with its heady brew of Neoplatonism, Hermeticism, the Cabala, magic, alchemy, and astrology, Rudolf welcomed some of the greatest thinkers and scientists of the day. These included the English magus John Dee, the German alchemist Oswald Croll, the Polish alchemist Michael Sendivogius, the Italian philosopher Giordano Bruno, the Danish astronomer Tycho Brahe, and the German mathematician and astronomer Johannes Kepler. Because of the constant threat of persecution from Church and State, such original and subversive thinkers were often obliged to travel around Europe in search of a congenial place to continue their pioneering and potentially heretical work. They were men who were prepared to risk their lives in the search for knowledge, wherever it might lead them, and despite their different nationalities, backgrounds, and interests, they shared with Rudolf a readiness to go beyond the boundaries of permissible thought. Each one was, as Galileo addressed Johannes Kepler, a “comrade in the pursuit of truth.” 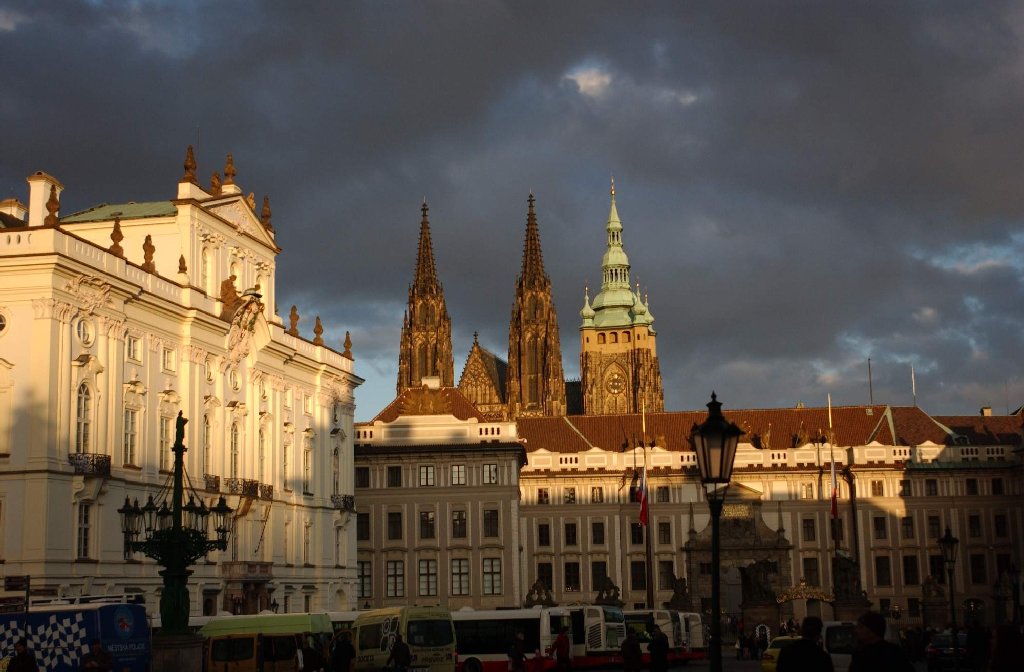 Rudolf died in 1612, nine months after he had been stripped of all effective power by his younger brother, except the empty title of Holy Roman Emperor, to which Matthias was elected five months later. He died unmarried. In May 1618 with the event known as the Defenestration of Prague, the Protestant Bohemians, in defence of the rights granted them in the Letter of Majesty, began the Thirty Years' War (1618–1648).

Peter Marshall – Ars Magica  Rosicrucean Digest No 1
While their work was rooted in the medieval world view, the late Renaissance thinkers who came to Rudolf ’s Prague de­veloped new methods of experimentation and observation which saw the first glim­merings of empiricism and the modern scientific method. Steeped in alchemy, they were the fathers of modern chemistry and medicine; believing in astrology, they created the new astronomy