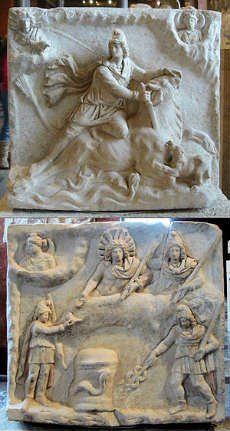 The Roman Empire had two main classes of religion.  The first class which incorporated an understanding of much of the basics of the spiritual world was for those people who had no desire to follow or no understanding of the spiritual path [for more details see Why are we here and in particular the section dealing with the two routes].  But for those who wished to follow the spiritual path, there was a system not dissimilar to the Greeks, Persians, Hindu and yoga, Zoroastrian and so on which involved the 'Mystery religions'.  One example of a Mystery religion were the Mithraic Mysteries.

The Mithraic Mysteries were a mystery religion practised in the Roman Empire from about the 1st to 4th centuries AD. According to most academic sources 'The name of the Persian god Mithra was used'.  But, the Iranian word "Mithra" and Sanskrit "Mitra" are believed to come from an Indo-Iranian word mitra meaning "contract, agreement, covenant" meaning that the Mysteries were really a commitment to the spiritual path. The Romans also called the religion Mysteries of Mithras or Mysteries of the Persians, indicating the commonality of spirituality based approaches.  As such 'Mithras' was not a god, all depictions show stages on the path of initiates.

Participants in the Mysteries had a complex system of seven grades of initiation corresponding to spiritual ascent through the Planets. Initiates called themselves syndexioi, those "united by the handshake" [which has symbolic and practical meaning beyond a friendly greeting].  The levels [according to scholars] are shown below.

Scenes show the Initiate being born from a rock [symbolising the Earth - spiritual awakening]; slaughtering a bull which substitutes for a lion in this context;  and sharing a banquet with the god Sol (the Sun). So this was a spiritual path based group with the objective of going to the symbolic Sun and not the symbolic Moon.

The various scenes incorporate all the symbolism found in this site, too many images to described here but Ravens,  Shepherds crooks, Torches, Flames and so on.   The symbolism is the Universal symbolism found in most mystery movements and shared with for example the Eleusinian Mysteries even down to the use of grains of corn.

“ One statue had its base perforated so that it could serve as a fountain and the base of another has a mask .... Sometimes he [the initiate] also has other weapons like bows and arrows and there are also animals like serpents, eagles, some other birds, crocodile, scorpion and snail around. On some reliefs, ... there are the four wind gods. In these reliefs, the four elements could be invoked together” 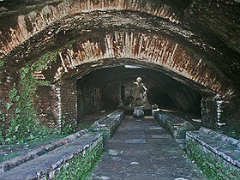 A mithraeum found in the ruins of Ostia Antica,
Italy

About 420 sites have yielded materials related to the cult. Among the items found are about 1000 inscriptions, 700 examples of the bull-subduing scene (tauroctony), and about 400 other monuments. It has been estimated that there would have been at least 680-690 Mithraea in Rome.

The Mystery incorporated the concepts of Destiny and the astrological beliefs associated with Personality.  There was also the use of so called 'magic' - Spells both as a form of demonstration of power but also as a mechanism of spiritual ascent.  Of particular interest is that there are fragments that have been found that appear to document the rituals.  The Mithras Liturgy is described on this website.  There are clear links between this document and to Hermetic literature and the tractates from Nag Hammadi.

Energy and the Numen 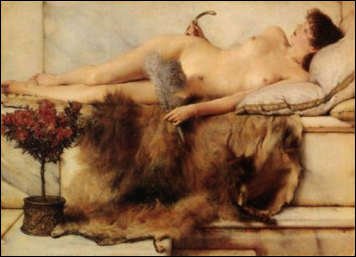 Numen is a latin word that had two meanings in Roman religion. In one sense it used to mean the power of a deity, god or Spirit being, hence the phrase a numinous presence, but it also had an almost identical meaning to that of Power and Energy as defined on the website. In a sense, the first meaning came from the second, the deity or spirit was imbued with this power. The word has also been adopted in western cultures, but again the meaning has been altered so that it refers to ‘ the idea of magical power residing in an object’. The Latin word numen originally and literally meant "nodding", which rather indicates they had an understanding of the Unit of energy as well.

Roman culture had a solar hierophany, [Sun and Moon] which during the Roman Empire dominated the other cults in the form of the Mithraic ritual, see also the Mithras Liturgy.
Sol was the solar deity in Ancient Roman religion.

Only in the late Roman Empire does he re-appear as an independent Sun god, as Sol Invictus. At this stage much of the symbolism had been lost and there was even the addition by non Mystery participants of a literalisation of sun worship.  The Romans, as a whole, held a festival on December 25 of Dies Natalis Solis Invicti, "the birthday of the unconquered sun." December 25 was the date after the winter solstice, with the first detectable lengthening of daylight hours. There was also a festival on December 19th when the Sun was at its lowest ebb. The three days in between were symbolic of the ‘resurrection’, when the sun rose again.  But it is important to note that

"the Mithraic Mysteries had no public ceremonies of its own. The festival of natalis Invicti [Birth of the Unconquerable (Sun)], held on 25 December, was a general festival of the Sun, and by no means specific to the Mysteries of Mithras."

The Roman system was not dissimilar to the Greek system in that there was recognition of both Intelligences - the 'gods' and a hierarchy of gods.  Different names were employed, but there was a correspondence see Intelligences and their synonyms

The Labyrinth is an important symbol spiritually and Mosaic labyrinths can be found on the floors of many Roman dwellings. 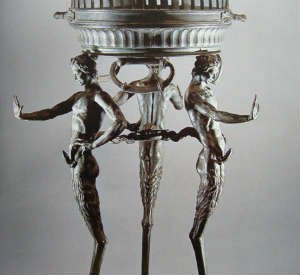 The general mechanisms of spiritual experience included Flagellation, Steam inhalation, Visiting sacred springs and sites plus a number of mainly overload techniques.  The participants in the Mysteries met in underground temples (called mithraeum), which survive in large numbers which might have been needed to maintain secrecy, but which would also have served to support any techniques incorporating Sensory deprivation.

But the Roman Mysteries were principally based on sexual stimulation techniques of various sorts.  The use and constant reference to the Caduceus gives us one clue.  There is also frequent symbolic reference to a Sword, with its two meanings.
"Due to the complete absence of women in membership lists, it is generally believed that the cult was for men only" because women do not have 'swords'!  The Phyrigian cap is also a clue.

Furthermore there is evidence that diet played a special role in the preparations for the final attempt at enlightenment - see Sexy eating
"it is clear from the archeology of numerous Mithraea that most rituals were associated with feasting – as eating utensils and food residues are almost invariably found. These tend to include both animal bones and also very large quantities of fruit residues".

Although practically nothing of these practices is revealed to the general public today, the evidence for these techniques can be found in numerous places, one of which is Pompei

So we don't know because the law made sure we didn't, classifying what were religious acts [and natural] as 'obscene'.

Decline of the Mysteries 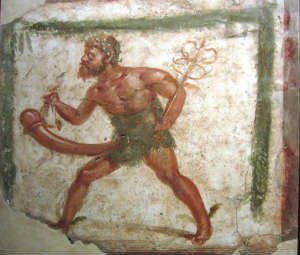 The Roman Mysteries in general appear superficially at least to only have lasted about 400 years.
"Mithraism declined with the rise to power of Christianity, until the beginning of the fifth century, when Christianity became strong enough to exterminate by force rival religions such as Mithraism. According to Speidel, Christians fought fiercely with this feared enemy and suppressed it during the 4th century. Some Mithraic sanctuaries were destroyed and religion was no longer a matter of personal choice”.

But Mysticism cannot be stamped out and the secrets instead went 'underground' emerging every so often in the guise of the other Mystic movements you can see on this site.