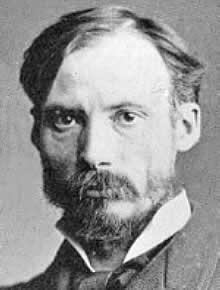 Pierre-Auguste Renoir (1841–1919) was a leading French  Impressionist. His paintings are gentle and softly coloured and feature well rounded very feminine women and gentle scenes of French life.  His paintings are neither symbolic or deeply meaningful, but they are lovely, restful reminders of a bygone age.  He was also a painter of Light, and the effects of pure and enhanced perception.

One of the best known of his paintings is the 1876 Dance at Le Moulin de la Galette (Bal du moulin de la Galette). The painting depicts an open-air scene, crowded with people, at a popular dance garden on the Butte Montmartre, close to where he then lived.  He was especially fond of women and it shows, he painted both his one time mistress and his wife.  He is especially fond of 'monumental nudes and domestic scenes', fine examples of which are Girls at the Piano, 1892, and Grandes Baigneuses, 1887.

“The latter painting is the most typical and successful of Renoir's late, abundantly fleshed nudes”

Pierre-Auguste Renoir was born in Limoges, Haute-Vienne, France, a premature baby and the child of a working-class family. In 1862, he began studying art  in Paris. There he met Alfred Sisley, Frédéric Bazille, and Claude Monet. At times during the 1860s, he did not have enough money to buy paint. Although Renoir first started exhibiting paintings at the Paris Salon in 1864, recognition did not come for another ten years, when six of his paintings were hung in the first Impressionist exhibition in 1874. In the same year, two of his works were shown with Durand-Ruel in London.

There are a number of indications that Renoir had moments of truly dramatic inspiration.  An artist can wait weeks for inspiration.  They can dabble about on the canvas searching for a theme, but unless something 'comes', it is usually overlaid later.  Examine the canvases of most truly great painters and they are multi-layered, many of those layers will be failed attempts.  But once the inspiration is really there, a painting seems to do itself in a sudden truly frenetic burst of creativity.  And it seems this is exactly what happened to Renoir.  On 15 January 1882, for example, Renoir met the composer Richard Wagner at his home in Palermo, Sicily and painted his portrait in just thirty-five minutes. In 1883, Renoir spent the summer in Guernsey, creating fifteen paintings in little over a month.

Premature babies can over time develop more and more illnesses and Renoir appeared to suffer from all the characteristic ailments.  He contracted pneumonia for example and had to spend six weeks in Algeria convalescing. 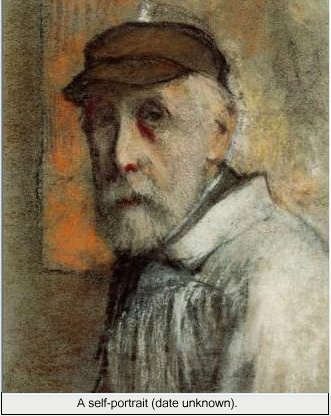 Around 1892, Renoir developed rheumatoid arthritis. In 1907, he moved to the warmer climate of "Les Collettes," a farm at Cagnes-sur-Mer, close to the Mediterranean coast. Renoir painted during the last twenty years of his life, even when arthritis severely limited his movement, and he was wheelchair-bound. He developed progressive deformities in his hands and ankylosis of his right shoulder, requiring him to change his painting technique. It has often been reported that in the advanced stages of his arthritis, he painted by having a brush strapped to his paralyzed fingers, but this is erroneous; Renoir remained able to grasp a brush, although he required an assistant to place it in his hand. The wrapping of his hands with bandages, apparent in late photographs of the artist, served to prevent skin irritation.   Renoir also used a moving canvas, or picture roll, to facilitate painting large works with his limited joint mobility.

These ailments may not just have been due to his being premature.  Like many painters it may have been an immunological response to lead and mercury poisoning from the paints he was using.  Renoir, like most of his fellow painters at that time, was an extensive user of the whites and reds that contained these heavy metals.

Despite the apparent sadness and illness in his life, it was not without joy. In 1890, he married Aline Victorine Charigot, who had already served as a model for Le Déjeuner des canotiers (Luncheon of the Boating Party, 1881), and with whom he had already had a child, Pierre, in 1885. After his marriage, Renoir painted many scenes of his wife and daily family life, including their children and their nurse, Aline's cousin Gabrielle Renard. The Renoirs had three sons, one of whom, Jean, became a filmmaker of note and another, Pierre, became a stage and film actor.

Renoir died in the village of Cagnes-sur-Mer, Provence-Alpes-Côte d'Azur, on 3 December.

Two of Renoir's paintings have sold for more than US$70 million. Bal au moulin de la Galette sold for $78.1 million in 1990.

Wikipaintings now have an extensive gallery of his works that you can see by following this LINK.

I have included those that demonstrate particularly well the influence of pure and enhanced perception or which especially show the effects of Light.