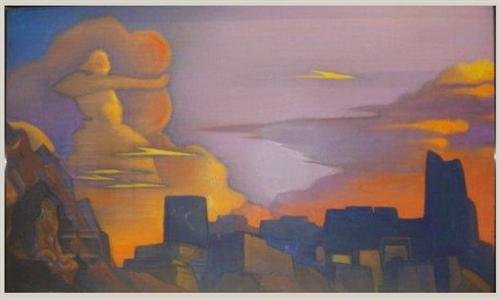 Ravidas, also called Raidas, was a mystic poet and one of the most renowned of the saints of the North Indian bhakti movement. According to history he was born in a village named Seer Govardhanpur, near Varanasi in Uttar  Pradesh, India.  Ravidas' father married him to Lona at an early age and he had a son named Vijaydas.

The details of Ravidas's life are not well known. According to some he was born in 1376/7 or else 1399 CE, but many scholars estimate he lived in the 15th–16th century CE. This latter estimate is in part due to traditions that make him the guru of Meerabai (according to a song attributed to her: "guru miliyaa raidasjee").  Mirabai or Meerabai (c. 1498 – c. 1557 AD) was a princess Hindu mystic from Rajasthan and one of the most significant Sants of the Vaishnava bhakti movement. 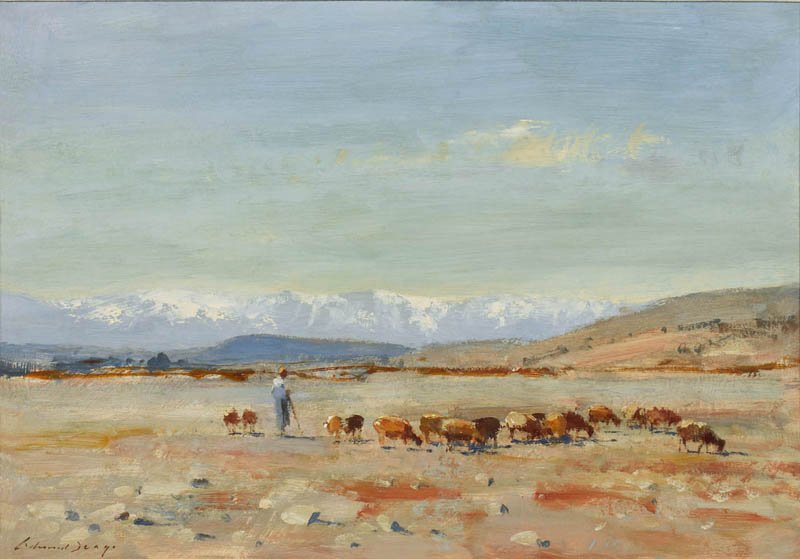 Venerated in the region of Punjab, Uttar Pradesh as well as Maharashtra, Ravidas’s devotional songs and verses made a lasting impact upon the bhakti movement. His devotional songs were included in the Sikh Scriptures - the Guru Granth Sahib - and there is also a larger body of hymns that exist independently from this source that is attributed to Ravidas.  The earliest collection of his poems in the Sikh scripture, Guru Granth Sahib was compiled by Guru Arjan Dev Ji, the fifth Sikh guru. It contains 41 verses by Ravidas.

Through his poems and songs Ravidas campaigned against injustice and social inequalities.  Ravidas vigorously attacked the system of Untouchability, for example, and was a humanist and a pacifist as well as an inspiring spiritual figure.

Ravidas was born in the Kutbandhla Chamar caste. His father Santokh Das was a Chamar and at the time they were considered "untouchable".  He thus experienced what it was like to suffer injustice simply because of one’s birth.  His father was a leather worker, a necessary and honourable profession, which nevertheless gave him low social status.  Ravidas in his poems and songs tried to show that all honest labour should be honoured with equal status, that no one job was more socially acceptable than another if it was carried out with genuine motives and with no intention to hurt or harm. 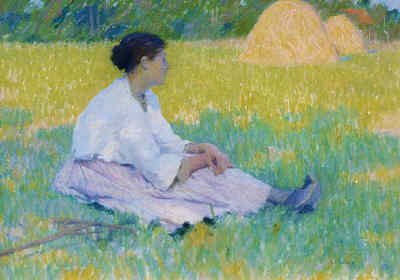 Ravidas was equally vociferous in his promotion of equality for women – a fact which gained him many very prestigious female devotees.  One of the most important of his disciples was Meera [Mirabai], who considered Ravidas to be her spiritual teacher. Meera was the daughter of the King of Rajasthan and became a very influential mystic in her own right.

Both gender and caste were used at the time to deny lower castes and women from full spiritual fulfilment and Ravidas was very active in promoting the idea that every person has a right to be able to read the holy texts and obtain spiritual experience.  Furthermore he categorically stated that one did not need a Brahmin to do so and that the ability to have spiritual experiences had absolutely nothing to do with caste, gender or intermediaries.

Needless to say, he was regarded by some of his contemporaries as ‘subversive’, as his whole approach was an attack on male ego and implied a levelling of the social divisions of caste and gender, unheard of in Hindu society at the time.  The priestly or Brahmin class even regarded him as a threat and “could not stand the popularity of this untouchable Guru". Complaints made to the king - that he was working against age-old norms of social order and that a cobbler’s son was not supposed to talk of God or do work of advising or teaching – appear to have been largely ignored. According to legend: 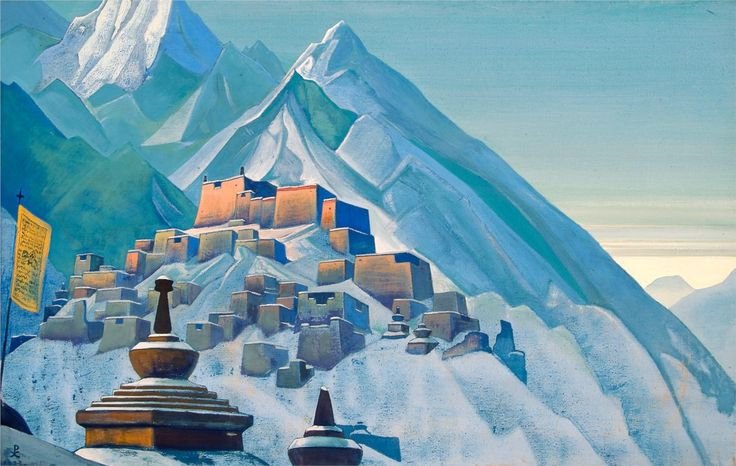 “The ruler arranged for an assembly of learned men in which Ravidas was also invited.  Instead of berating him as expected the king praised him publicly and even arranged a procession (shobha yatra) in which the king himself participated”.

There are ideas in his teachings which also align with Buddhist ideas.  Ravidas taught that one is distinguished not by one's caste (jāti) but by one's actions (karma).  In effect, one’s ‘status’, if this is the right term, is more properly measured by what one does and says than by one’s birth or trade.  Again, if we can quote Jesus ‘the meek shall inherit the earth’.  Those who do not hurt, and practise loving actions are in fact in a much better position to progress spiritually.  As a disciple of Ravidas, Meera took up the baton from Ravidas and also promoted the same ideas - that one's future reincarnation and Destiny emerges from their karma (doings), rather than the illusion of "substance" that is their caste or creed.

Ravidas, in harmony with all other mystics, also attempted to show that the two biggest barriers to spiritual progress and happiness were the ego and ‘desires’, in the sense of always wanting, wanting, wanting.  In relation to the Ultimate Intelligence, he said, all persons, no matter what their castes, are “untouchables,” and “A family that is a true follower of the spiritual is neither high caste nor low caste, lordly nor poor.” 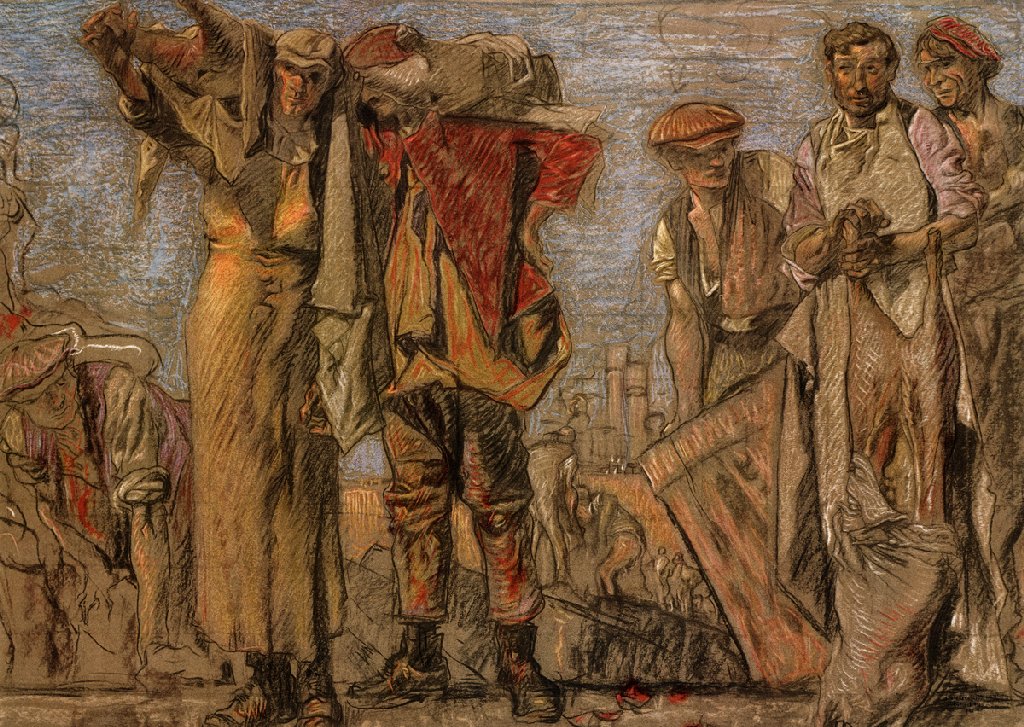 Ravidas became over time a much loved figure for his support of the oppressed and humble and he himself became a model for his fellow beings to overcome the hierarchical barriers of Brahminical social order.

His egalitarian teachings made him a figure of great veneration amongst the so called ‘Dalit’ as untouchables are now known – though it is a great dishonour to his memory that this classification of people still exists in India, whatever name they are known by.

His vision was that of Begumpura, ("land without sorrow"), where all people and the creatures of the earth are spiritually united as equals, in a state without fear, suffering or sorrow.

The regal realm with the sorrowless name
they call it Begumpura, a place with no pain,
no taxes or cares, none owns property there,
no wrongdoing, worry, terror, or torture.
Oh my brother, I've come to take it as my own,
my distant home, where everything is right...
They do this or that, they walk where they wish,
they stroll through fabled palaces unchallenged.
Oh, says Ravidas, a tanner now set free,
those who walk beside me are my friends.

To illustrate Ravidas's section we have chosen a variety of paintings from different sources to show the idea of the unity of diversity in beauty and peace.