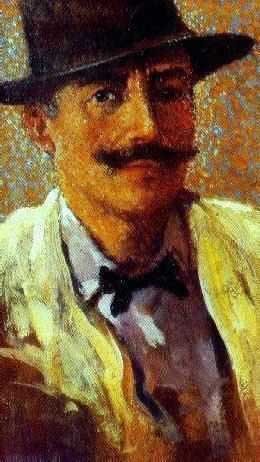 Armand Rassenfosse (1862 - 1934) was a largely self-taught Belgian graphic artist, book illustrator and painter. His masterwork is usually cited as a set of illustrations for Charles Baudelaire's Les Fleurs du mal.

He excelled for much of his early career in innovative techniques for etching and poster making.  Greatly influenced by the etchings of Félicien Rops, Rassenfosse was  introduced to Rops when he was just 25, and this served to seal the direction of his work.  Rops was at the time at the height of his career. It was the start of a long friendship between the two men, who shared a common search for technical mastery in etching.  They also shared a love of symbolism.

Rassenfosse experimented with new inks, soft ground etching, and the reworking of intaglio plates to which crayon drawings had been transferred photomechanically. Around 1923 he developed a new technique that eliminated the problem of printing a mirror image.  He used  lithography and produced posters.   Between 1899 to 1901, Rassenfosse  illustrated Charles Baudelaire's poems Les Fleurs du mal. He created 160 color etchings for the book.

But then quite suddenly his work changed and he started to paint.  He changed from a talented technical artist to an inspired painter. 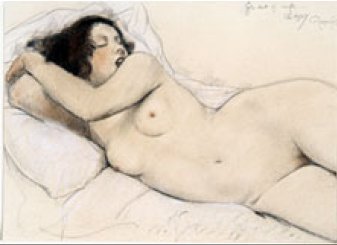 Why?   Grief.  Except it is not quite as simple as this.  In 1913 his son died and in 1914 he was involved in the horrors of World War I. In response he locked himself away for days at a time, and became absorbed in his work in a quest to alleviate the pain.  He began to work with oil on cardboard, and he painted women, nudes, soft sensuous women in intimate settings.  And he also portrayed dancers in the rich scenery of Sergei Diaghilev's Ballets Russes.

So he turned to Beauty, Art and Music to help him with the pain, he filled his life with what is beautiful to expunge all that was not and the effects are stunning. 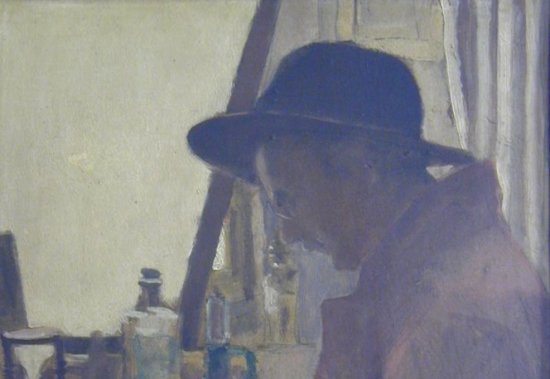 After the war ended, and time healed the wounds,  he went back to his technical engraving and started again with his research on new techniques of engraving and producing bookplates. He received numerous titles and awards, including Commander of the Order of Leopold.  But nothing quite matches spiritually what he achieved from grief and fear and his brief foray into the world of Beauty, Art and Music.   Rassenfosse died in Liege on 28 January 1934.

It was said that Rassenfosse encapsulated    " the image of the sensuous, beautiful young woman ... in a serenely dreamy state ... the stylised embodiment of temptation..."