The earliest known practical teachings of sex magick in the Western world come from 19th century American occultist Paschal Beverly Randolph, under the heading of The Mysteries of Eulis:

If a man has an intelligent and loving wife, with whom he is in complete accord, he can work out the problems [of how to achieve magical results] by her aid. They are a radical soul-sexive series of energies...The rite is a prayer in all cases, and the most powerful [that] earthly beings can employ...it is best for both man and wife to act together for the attainment of the mysterious objects sought.

Success in any case requires the adjuvancy of a superior woman. THIS IS THE LAW! A harlot or low woman is useless for all such lofty and holy purposes, and just so is a bad, impure, passion-driven apology for a man. The woman shall not be one who accepts rewards for compliance; nor a virgin; or under eighteen years of age; or another's wife; yet must be one who hath known man and who has been and still is capable of intense mental, volitional and affectional energy, combined with perfect sexive and orgasmal ability; for it requires a double crisis to succeed...

The entire mystery can be given in very few words, and they are: An upper room; absolute personal, mental, and moral cleanliness both of the man and wife. An observance of the law just cited during the entire term of the experiment -- 49 days. Formulate the desire and keep it in mind during the whole period and especially when making the nuptive prayer [sic], during which no word may be spoken, but the thing desired be strongly thought... 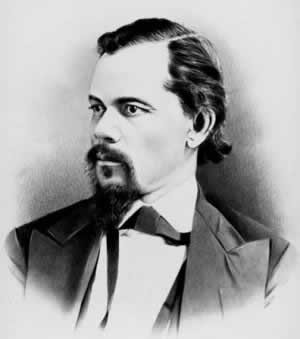 Paschal Beverly Randolph (1825 –1875) was a descendant of William Randolph. His mother was of mixed English, French, German, Native American and Malagasy ancestry. He was a spokesman for the abolition of slavery and married twice; his first wife was African-American; his second wife was Irish-American.

As a young man, he traveled widely, to England, through Europe, and as far east as Persia, where his interest in mysticism and the occult led him to study with local practitioners of folk magic and varied religions.

Randolph then embarked upon a public career as a lecturer and writer. By his mid-twenties, he regularly appeared on stage as a trance medium and advertised his services as a spiritual practitioner in magazines associated with Spiritualism.

Randolph trained as a doctor of medicine and wrote and published both fictional and instructive books based on his theories of health, sexuality, Spiritualism and occultism. He authored more than fifty works on magic and medicine, established an independent publishing company, and was an avid promoter of birth control during a time when it was largely against the law to mention this topic. 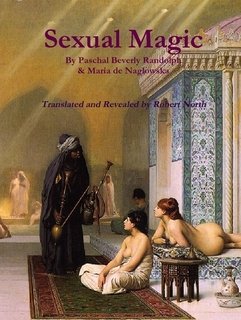 He founded the ‘Fraternitas Rosae Crucis’ and the Hermetic Brotherhood of Luxor [which despite the names are not Rosicrucean, they are organisations].

Randolph died in Toledo, Ohio at the age of 49, under disputed circumstances. R. Swinburne Clymer, a later Supreme Master of the Fraternitas, stated that years after Randolph's death, in a death-bed confession, a former friend of Randolph had admitted that in a state of jealousy and temporary insanity, he had killed Randolph. Lucus County Probate Court records list the death as accidental.