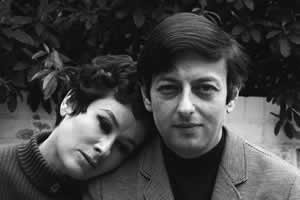 During the late 1950s and 1960s she was a lyricist on songs intended for motion pictures and, with her then husband, André Previn, received several Academy Award nominations. In the 1970s, after their divorce, she released six albums of original songs and an acclaimed live album. Previn's lyrics from this period are characterized by "their originality, irony and honesty in dealing with her troubled personal life as well as more generally about relationships, sexuality, religion and psychology". Until her death, she continued to work as a writer of song lyrics and prose.

Previn was born in Rahway, New Jersey,  the eldest daughter in a strict Catholic family of Irish origin. She had a troubled relationship with her father, especially during childhood. He had served in the First World War and been gassed, and experienced periods of depression and violent mood swings.  He tended to alternately embrace and rejection, but supported her when she began to show talents for singing and dancing. However, his mental health deteriorated after the birth of a second daughter, culminating in a paranoid episode in which he boarded the family up in their home and held them at gunpoint for several months.

Through a chance contact with film producer Arthur Freed, she gained a job as a lyricist at MGM. There she met, and began collaborating with, composer André Previn. In 1958, as Dory Langdon, she recorded an album of her songs, The Leprechauns Are Upon Me, with André Previn and jazz guitarist Kenny Burrell accompanying her, for Verve Records. She married André Previn in 1959. The couple collaborated on a number of songs used in films. They also wrote songs recorded by Rosemary Clooney, Chris Connor, Vic Damone, Bobby Darin, Sammy Davis Jr, Doris Day, Eileen Farrell, Jack Jones, Marilyn Maye, Carmen McRae, Matt Monro, Leontyne Price, Nancy Wilson, Monica Zetterlund and others. In 1964, she and André Previn collaborated with Harold Arlen on "So Long, Big Time!", which was recorded by Tony Bennett.

By the mid-1960s Previn's husband had become a classical music conductor, touring worldwide. She had a morbid fear of air travel and did not join him. In 1965 Previn's mental health deteriorated, she suffered a nervous breakdown and was briefly institutionalized in a psychiatric hospital. However, she continued to write with her husband, on songs including "You're Gonna Hear from Me", recorded by Frank Sinatra, and began to use the name Dory Previn professionally. In 1967, they wrote five songs for the movie Valley of the Dolls. The soundtrack album spent six months in the charts, and Dionne Warwick had a pop hit with her version of the theme song. In 1968 André Previn had fully moved from composing film scores to conducting symphony orchestras, most notably the London Symphony Orchestra. While in London he began an affair with the then 23-year-old actress Mia Farrow, who was working on the film A Dandy in Aspic. In 1969 Previn discovered that Farrow had become pregnant, compelling Previn to separate from her husband. Their divorce became final in July 1970. André Previn subsequently married Farrow. This betrayal led to Previn being institutionalized again, where she was treated with electroconvulsive therapy.  As Wikipedia so aptly says “This seemed to change her outlook as a songwriter, making her more introspective”.

After the trauma of this experience, her work took a new turn.  Her second album of this new period, Mythical Kings and Iguanas, was released in 1971, her third album was Reflections in a Mud Puddle. The album was voted one of the best albums of 1972 by Newsweek magazine, and was included in The New York Times critics' choice as one of the outstanding singer-songwriter albums of the 1970s. "Taps, Tremors and Time-Steps: One Last Dance for my Father," the second side of Reflections In a Mud Puddle, is a personal account of her relationship with her father. 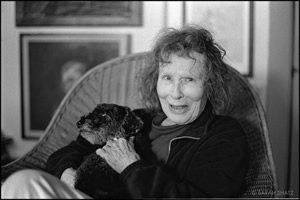 All her later albums became far more personal and reflective - "Doppelgänger", for example, examines the latent savagery of humanity.   Wikipedia criticises her later work as “Self-conscious spirituality at the expense of the tangible” but to me spirituality at the expense of materialism is a wonderful sign - "Mythical Kings and Iguanas," is particularly noted for this.  She wasn’t a great fan of the male ego and the damage it has done.

Previn carried on writing until she died.  She married again and continued to collaborate on music for film and TV well into her 60s. Her last film credit was the title song for Last Tango in Paris (1973), with music by Gato Barbier.

Previn died, aged 86, on February 14, 2012, at her farm in Southfield, Massachusetts, where she lived with her husband, Joby Baker.

"I don't write to make money, I make money to write. .... I do it all from instinct and free association"

Here is a BBC interview which also covers something of her biography, very good, she explains very well what inspiration is all about.