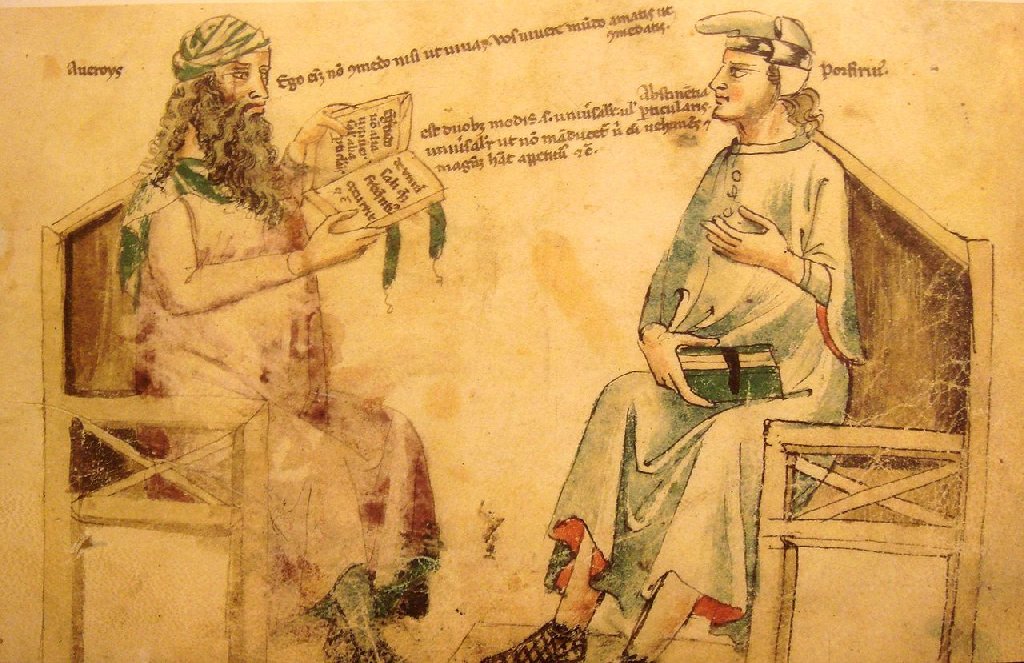 Porphyry of Tyre (A.D. 233–c. 309) was a Phoenician Neoplatonic philosopher. Porphyry's parents were Phoenician, and he was born Malchus ("king") in Tyre. His teacher in Athens gave him the name Porphyrius ("clad in purple"), an allusion to the colour of the imperial robes.  Under Longinus, he studied grammar and rhetoric and then in 262 he went to Rome, attracted by the reputation of Plotinus, and for six years devoted himself to the study of Neoplatonism.

During this time he became suicidal and suffered a nervous breakdown. On the advice of Plotinus, he went to live in Sicily for five years, to recover his health.

On returning to Rome, he lectured on philosophy and completed an edition of the writings of Plotinus (who had died in the meantime), together with a biography of his teacher.  He is important in the history of mathematics because of his Life of Pythagoras and his commentary on Euclid's Elements, used by Pappus when he wrote his own commentary.

Porphyry's Isagoge, or "Introduction" to Aristotle's "Categories", in Latin translation, was the standard textbook on logic for at least a millennium after his death.

In his later years, he married Marcella, a widow with seven children and an enthusiastic student of philosophy.

So why have I included him?  His philosophy is of interest, but he also wrote poetry and his views are less philosophical and more spiritual in content, much of the really spiritual work he did coincides with his nervous breakdown and time of convalescence.

Little more is known of his life, and the date of his death is uncertain.