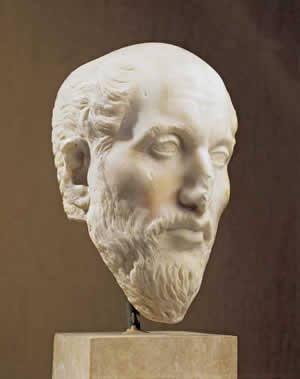 Plotinus (ca. AD 204–270) was a philosopher and mystic, widely considered the founder of Neoplatonism (along with his teacher Ammonius Saccas). Much of our biographical information about him comes from Porphyry's preface to Plotinus' Enneads.

He would not have thought of himself as a Neoplatonist – a starter of a new movement,  - but simply someone carrying on the teachings of Plato and attempting to stop the rot which had set in as people misinterpreted the misinterpretations and bent the original to suit whatever objective they had.  In fact reading his works there is no difference between him and Plato, he just used different names.    Nor is there a great deal of difference between his views and those of other mystics.

There is some rather tenuous evidence that he was an Adept from the Mysteries, which given the location of his birth and the association with Plato, who was an Adept, would make a great deal of sense. 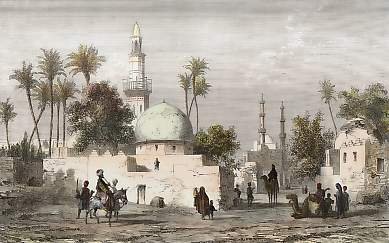 According to Eunapius, Plotinus was born in the Deltaic Lycopolis  in Egypt, which has led to speculations that he may have been a native Egyptian.  There is also every reason to believe he was genetically predisposed to being a mystic.  Plotinus never discussed his ancestry, childhood, or his place or date of birth, but his whole attitude seemed to indicate that spirituality was a part of his whole way of life. He led a quiet life dedicated to spiritual thinking  “his personal and social life exhibited the highest moral and spiritual standards” 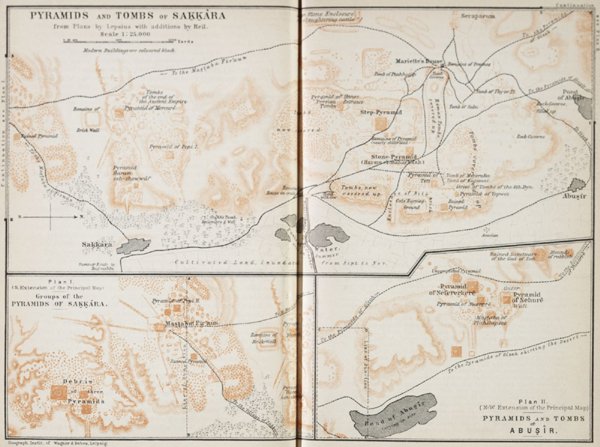 Plotinus achieved ecstasy of various levels a number of times during his life, each time achieving different and ‘higher’  levels of union – from basic ecstasy through to  the mystic marriage, and eventually on to annihilation.  Porphyry relates that Plotinus “attained union four times during the years he knew him”.

“For man, and especially the Proficient, is not the Couplement of Soul and body: the proof is that man can be disengaged from the body.” (Enneads I.4.14)

He also had a strong sense of the Higher spirit within himself and others, and that happiness and peace of mind......

“…is determined by the higher phase of the Soul.” (Enneads III.4.6)

He appeared to live eat and sleep in the spiritual world even to the point where he had  a stronger belief in the spiritual than the material physical world.  He knew his senses could not be trusted to provide him with a picture of ‘reality’, and that  his ‘insight’ was a far better indicator.

“phenomena are a poor image or mimicry (mimesis) of the "higher and intelligible" [VI.I] which are the "truer part of genuine Being"”. 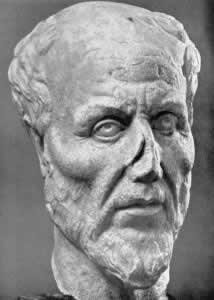 There is something rather Buddha like in Plotinus’s teachings.  His conception of a person who has achieved “the perfect life” is someone who has balanced reason and contemplation. (Enneads I.4.4) and does not sway between happy and sad, they are content.  . “…The Proficient’s will is set always and only inward.” (Enneads I.4.11).  Overall, happiness for Plotinus is "...a flight from this world's ways and things." (Theat 176AB) , which incidentally does not mean he did not love the world, simply that the spiritual realm was ‘home’. It is possible to enjoy being abroad and be at home.

Plotinus took up the study of philosophy at the age of twenty-seven,  and travelled to Alexandria to study. There he was dissatisfied with every teacher he encountered until an acquaintance suggested he listen to the ideas of Ammonius Saccas. Upon hearing Ammonius lecture, he declared to his friend, "this was the man I was looking for," and began to study intently under his new instructor. Besides Ammonius, Plotinus was also influenced by the works of Alexander of Aphrodisias, Numenius, and various Stoics. 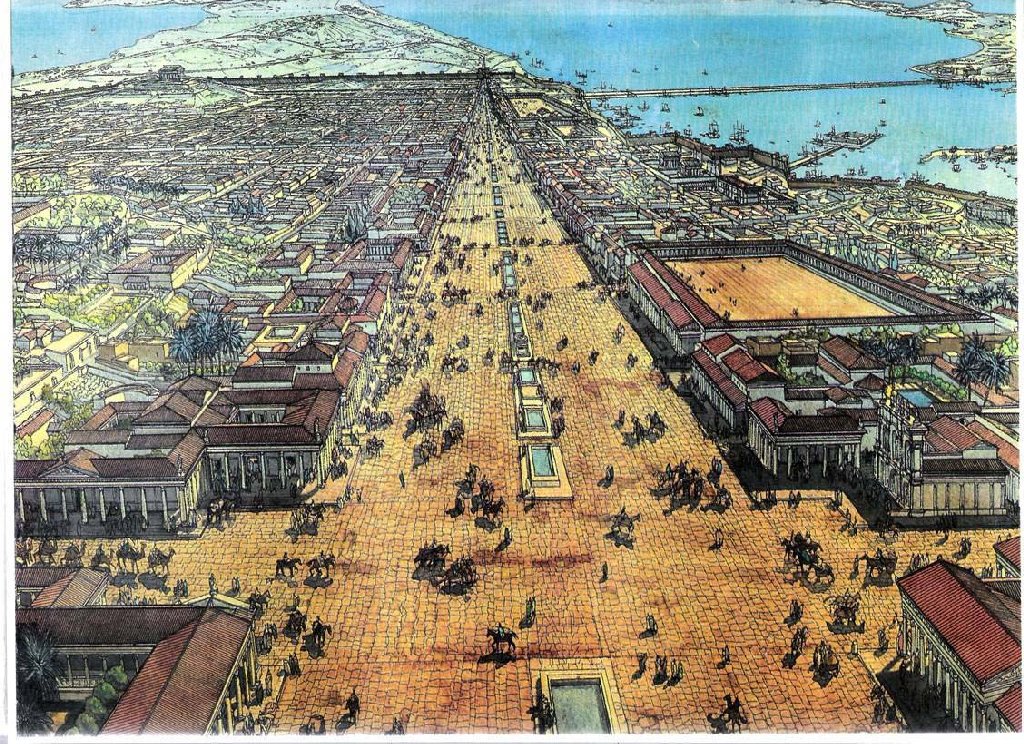 A reconstruction of ancient Alexandria

After spending the next eleven years in Alexandria,  he then decided, around the age of 38,  to investigate the philosophical teachings of the Persian philosophers and the Indian philosophers.  In the pursuit of this endeavour he left Alexandria and joined the army of Gordian III as it marched on Persia. However, the campaign was a failure, and on Gordian's eventual death Plotinus found himself abandoned in a hostile land, and only with difficulty found his way back to safety in Antioch.

At the age of forty,  he came to Rome, where he stayed for most of the remainder of his life. There he attracted a number of students. His innermost circle included Porphyry, but the group included senators, other philosophers, doctors, critics, poets and women! “Women were also numbered amongst his students, including Gemina, in whose house he lived during his residence in Rome” 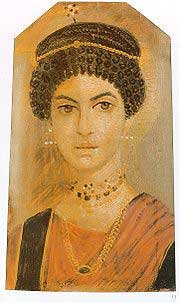 At one point Plotinus attempted to interest the Emperor Gallienus in rebuilding an abandoned settlement in Campania, known as the 'City of Philosophers', where the inhabitants would live under the constitution set out in Plato's Laws. But the Imperial subsidy was never granted.

The Enneads, before being compiled and arranged by Porphyry, were merely the enormous collection of notes and essays which Plotinus used in his lectures and debates, rather than a formal book. Plotinus was unable to revise his own work due to his poor eyesight, and his notes required extensive editing.  According to Porphyry,  his master's handwriting was atrocious, he did not properly separate his words, and he cared little for niceties of spelling. Porphyry ‘polished them’ [which to me sounded a bit ominous] and put them into the arrangement we now have.

Porphyry subsequently went to live in Sicily, where word reached him that his former teacher had died. The philosopher spent his final days in seclusion on an estate in Campania which his friend Zethos had bequeathed him.

According to the account of Eustochius, who attended him at the end, Plotinus' final words were: