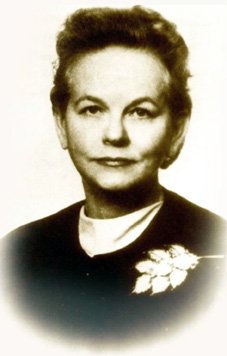 Dr Viola Pettit-Neal was ‘Vicky’ and one of Dr Shafica Karagulla’s research subjects, whose name was kept simple in her research and subsequent book to protect her anonymity.

Dr Shafica Karagulla was a neuro-psychiatrist who spent eight years researching ordinary people who appeared to have extraordinary abilities.  She started off being a skeptic as most scientists are, but over time the evidence seemed overwhelming and she set up a research project to find out more.

Her research subjects were carefully chosen.  She rejected all those who claimed they had these abilities, but instead, by a laborious process of enquiry and referral, managed to find those who carried on normal professions and who never talked about their abilities but just used them.  ‘Vicky’ – Viola was one of them.

Dr Viola Pettit-Neal was born April 23rd 1907 in Virginia.  She was of English, Scotch and French extraction.  She obtained a PhD from London University and travelled widely in Europe and America as well as the Far East.

She became a lecturer and writer and worked for a long time as a scenario writer for a film studio.  She eventually became the president of a ‘business consultant corporation’.

After the research project with Dr Karagulla, she changed tack and co-authored a book with Dr Karagulla called ‘Through the Curtain’.  She also founded the Biometric Research Foun­dation in L.A.  The following is from the Internet, it may or may not be true: 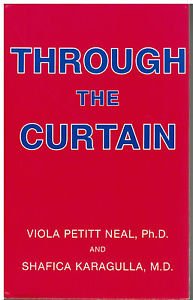 When Viola died the Biometric Program was taken up by her associate, Shafica Karagulla, M.D. When Shafica was killed in an accident, the Program was apparently "inherited" by a former student of theirs living in or near San Diego. This woman in turn passed the Program then known as the "Balancing Program" to Billie Roberts, a former student of Viola

Like many on this site she showed unusual abilities very early in life, so inherited genes played a major part in her abilities.

When she was seven years old she rushed in to her mother one day and told her that a little boy, who was her playmate, had been killed by a train. She explained that he was standing at the top of a deep railroad cut which sloped down sharply to the tracks. He lost his balance and slid and tumbled on to the tracks in front of the approaching train. Since the little boy was visiting in a town more than a hundred miles away at the time,  Viola's mother knew that she could not have seen such an accident.

She scolded her severely for making up stories that were not true, and especially such a gruesome story.  A few days later, word reached Viola’s family that the little boy had been killed exactly in the manner Viola had described and at the time that Viola had rushed in, excited and distressed, to tell her mother.

As a result of the scolding she decided to keep quiet about anything else that happened, but thankfully did not try to suppress the ability. She simply learned to be careful what she said.

She seems to have had exceptional abilities in being able to read others' perceptions rather than in healing.  I will provide an example here rather than use this as an observation, as it shows she could read the teacher’s mind – hence his enthusiasm that it was the ‘right answer’-  she fed back what he believed!

..... the history professor in a class of third year students assigned historical reports to the students. One student made a report on Buddhism. There were so many errors in the report, that Vicky/Viola felt compelled to say so. Since the class was one in which there was a good deal of freedom for discussion, she was permitted to have her say. She proceeded to give a much better report on Buddhism than the student had given, defining Nirvana more clearly and accurately along with the basic principles of the Buddhist teachings…. ..The history teacher was astonished and very enthusiastic about what she had said. He kept her after class to ask if her family were especially interested in comparative religions or had she taken a special interest in Buddhism? Vicky/Viola was a little confused herself. Her family was not interested in comparative religions and she could not recall that she had read anything on the subject. She was at a loss to explain how she knew so much about Buddhism. The professor assured her that she had been very accurate in all that she had said.

Indeed very accurate as far as the professor was concerned!

Viola was very happily married to a ‘man of high intellectual calibre’  - Roland Neal - who himself was gifted.  They used to compare notes and findings and generally supported each other – fellow spirits in a world which must have seemed quite alien to them at times.

But then tragedy struck.

He predicted his own death eight months before it happened and with her help arranged his affairs ahead of time.  Thus Viola Pettit-Neal may have been gifted, but her door was kept open by grief.