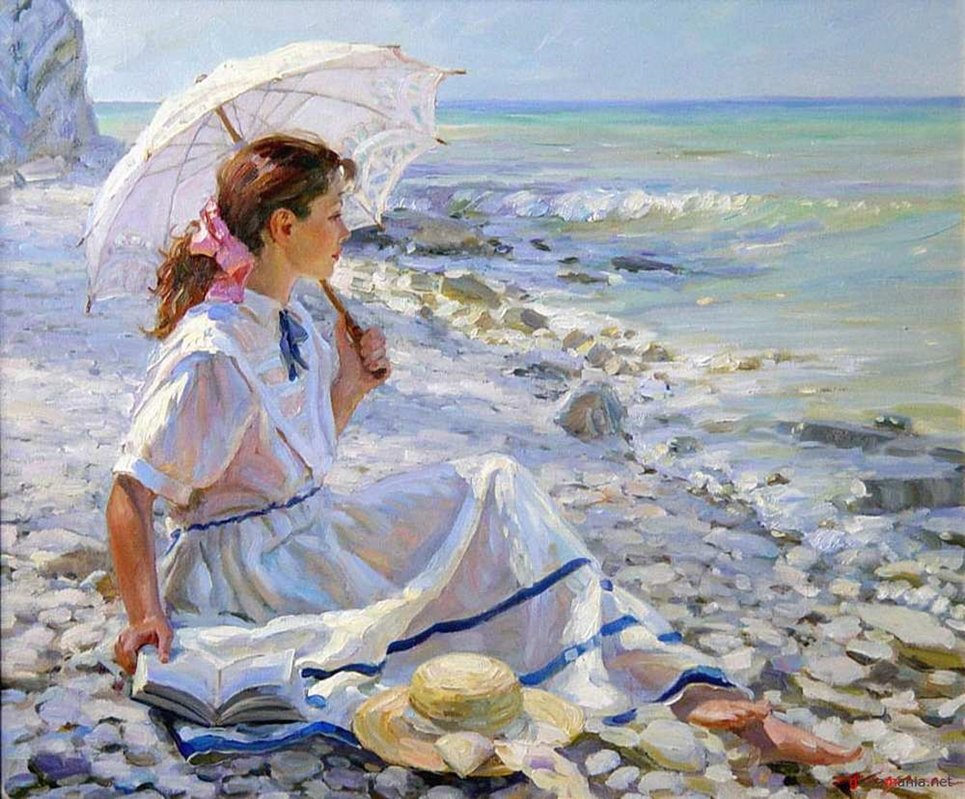 I think it goes without saying that Wikipedia in its description of him clearly had a field-day describing Dr Perkins, the description implies he was a quack; but the proof of the pudding is in the eating and Dr Perkins cured thousands of people with his tractors.  We will look at how he did this shortly, but first a bit about him.

Elisha Perkins was born 1741 in Norwich, Connecticut. He was educated by his father Joseph Perkins in Plainfield, Connecticut, where he later practiced medicine with success. During the late 18th century, industrialisation and the move of people to insanitary towns had created far more illness and disease, and the demand for better treatments than being bled or filled with dubious patent medicines was fuelled.  People wanted something that did not cost the earth, did not leave them sicker than they had started, and ideally did not harm even if it didn’t cure. 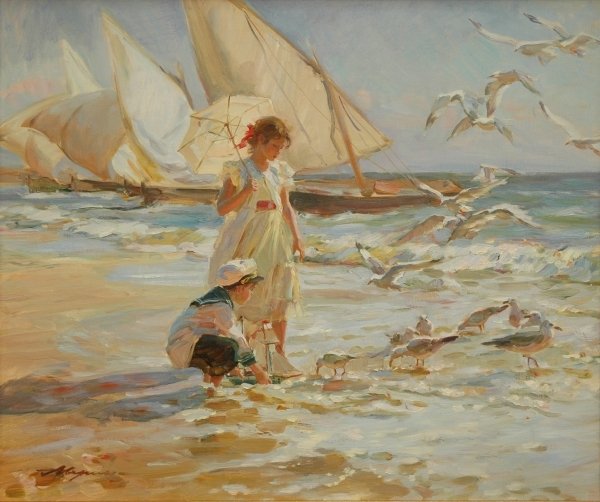 Dr Perkins was a very astute man, a believer in Mind being stronger than matter and consequently, around 1795–96, Dr Perkins invented his "Tractors", for which he took out a 14-year patent on February 19, 1796.

The reason for taking out the patent was to make sure people took the tractors seriously and thought of them as a genuine medical cure.  The tractors consisted of two 3-inch metal rods with a point at the end.  They were made of steel and brass, but Perkins claimed that they were made of ‘unusual metal alloys’.  I think you are beginning to sense that the rods were intended to give him a sort of mystique, because the cure was actually achieved by faith healing.  Tractors were simply Reiki with a rod. 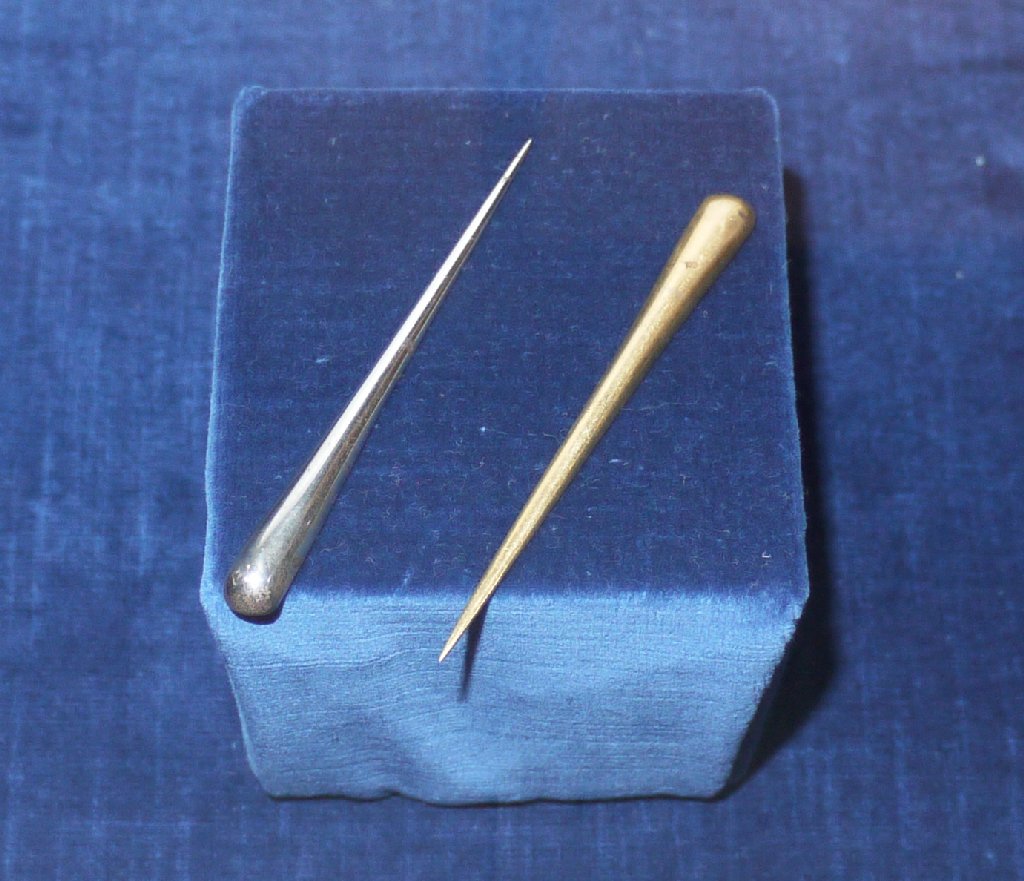 Dr Perkins used his rods to cure inflammation, rheumatism and pain in the head and the face. He applied the points on the aching body part and passed them over the part for about 20 minutes. Dr Perkins stated they "drew off the noxious electrical fluid that lay at the root of suffering".  And because the person wanted to believe in the rods, and had belief in Dr Perkins, and wanted to get better – they worked.

The Connecticut Medical Society condemned the tractors as "delusive quackery", and expelled Dr Perkins from membership on the grounds that he was "a patentee and user of nostrums".  There was also the problem from the medical point of view that his treatment did none of the harm that the medical community’s patent medicines were inflicting, cost next to nothing, cured people and threatened the fat fees that doctors were charging – ah how little changes. 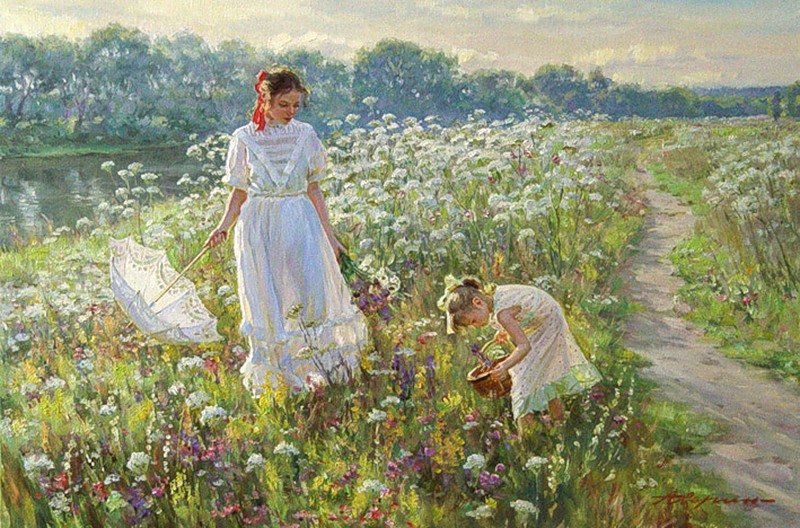 Dr Perkins happily demonstrated his method to no less than three US medical faculties and convinced them that his method worked. In Copenhagen, Denmark, twelve surgeons at the royal Frederiks Hospital also began to support the method.  The rods went on sale and because the faith in them was so strong, they were able to cure without the presence of Dr Perkins.  George Washington bought a set. Perkins' son, Benjamin Perkins, said that the "President of the United States, convinced of the importance of the discovery from experiments in his own family, availed himself of its advantages by purchasing a set of the Tractors for their use."

Which rather implies that Mind was a great deal stronger than matter in George Washington’s family.

Dr Perkins himself is said to have cured over 5,000 cases - cures certified by eight professors, forty physicians, and thirty clergymen. 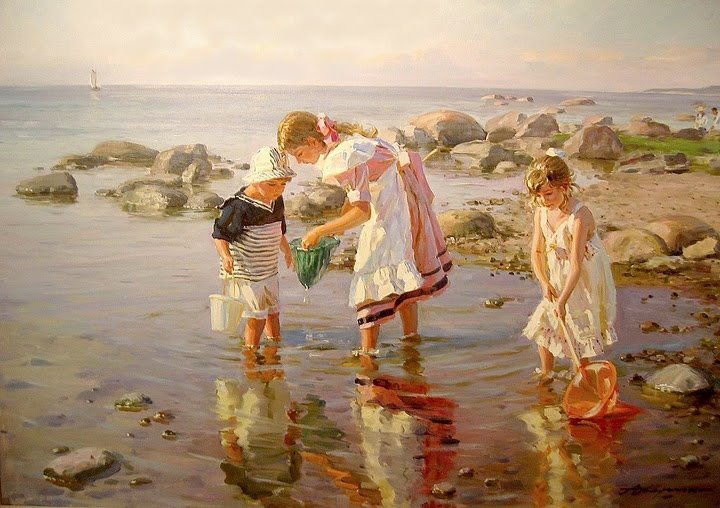 In London, a Perkinsian Institution for the benefit of the poor was founded under the presidency of Lord Rivers. In 1798, Dr Perkin's son Benjamin published The Influence of Metallic Tractors on the Human Body.

Aylmer Bourke Lambert, a British botanist, is on record as having written in January 1800 to Richard Pulteney of Blandford (now Blandford Forum), in the English county of Dorset, as follows:

I breakfasted with Sir Joseph [Banks] on Monday morning who is recovered from the Gout and in high Spirits. We had a good deal of laughing about the Tractors. Perkins has published several Cases communicated by my Father, and presented me with a copy of his Book.

So the tractors and whoever used them, cured Joseph Banks of gout.

Shortly before his death Elisha Perkins also invented antiseptic medicine and used it for dysentery and sore throat. 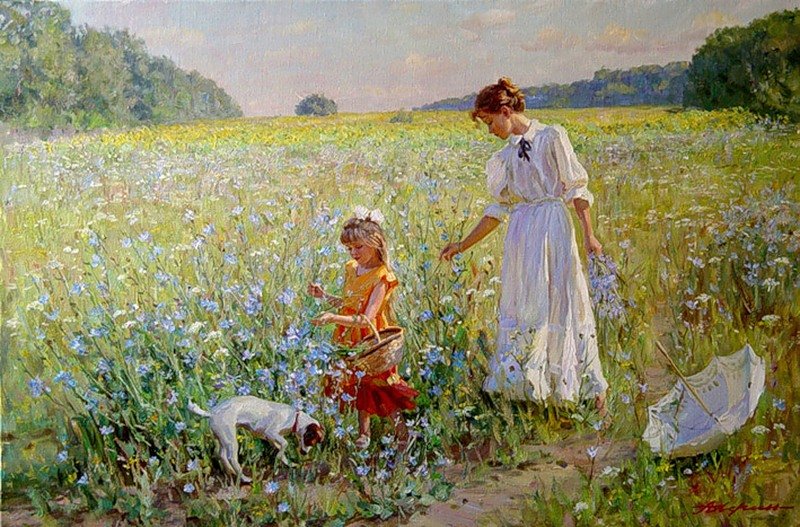 The key in all faith healing is to ensure the person is absolutely convinced that the cure can be achieved, and to ensure that those people who have been cured are allowed to speak of and publicise the cure.  The more people speak of the cure, the more people will be cured, because their minds will be more convinced it can happen. 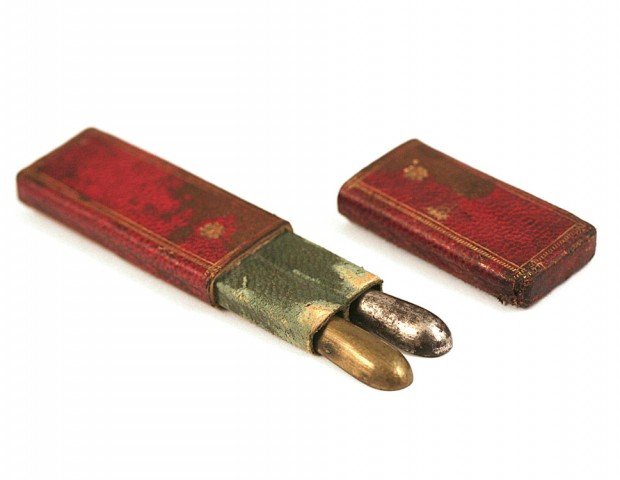 Since the Mind can make people sick, the Mind can heal the body by itself.  Functionally it does this by stimulating the immune system to be more effective, or allowing the person to sleep more [healing and repair takes place whilst we are asleep].  If we go from flight or fight mode [sympathetic nervous system] to a state of total relaxation [parasympathetic nervous system], then a whole host of problems caused by an excess of fight and flight – constipation, headaches, indigestion and heartburn, will be cured.  Music works as well if we let it, so does being massaged, or meditation and any number of activities aimed at invoking relaxation.  Many people are sick because they are unbelievably stressed – and Elisha Perkins could see this.

Where a pathogen is the cause, one can help with plants that are anti-viral, for example, such as liquorice, but in the end these will only work if we can sleep well and soundly.  Healing takes place in states of very deep sleep, as such if we never get to these states, we never heal.  Elisha Perkins was able to relax people so they slept better. 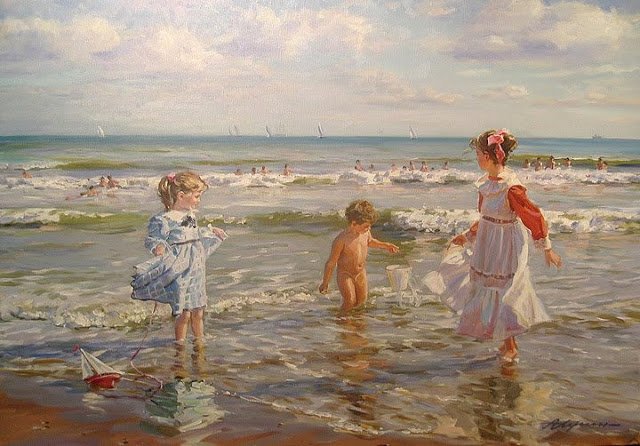 He was no quack – a quack heals no one; he healed thousands and his cures were benign.  The real quack is the medic who hands out pharmaceuticals that are geared towards the symptoms and not the cause of the illness.  No one is ever cured from treating symptoms, and these days the pharmaceuticals used to suppress the symptoms also suppress the immune system, as such they are almost guaranteed to make people more ill –a wonderful little money spinner until the person dies of course.  These men are not just quacks they are sorcerors – evil.

Dr Perkins spent most of the rest of his life living in Plainfield, Connecticut.  He married had a number of children one of whom was Sarah Bushnell Perkins, later Grosvenor (1771–1831), who was an amateur American pastellist.  Dr. Perkins also became one of the proprietors of the Plainfield Academy. Perkins died of yellow fever in 1799, after contracting it in New York City during an outbreak.  It is well known among healers that they cannot cure themselves simply because they know how healing works.  Many a healer has died, still curing others of the same disease they had themselves, simply because their Mind worked against them. 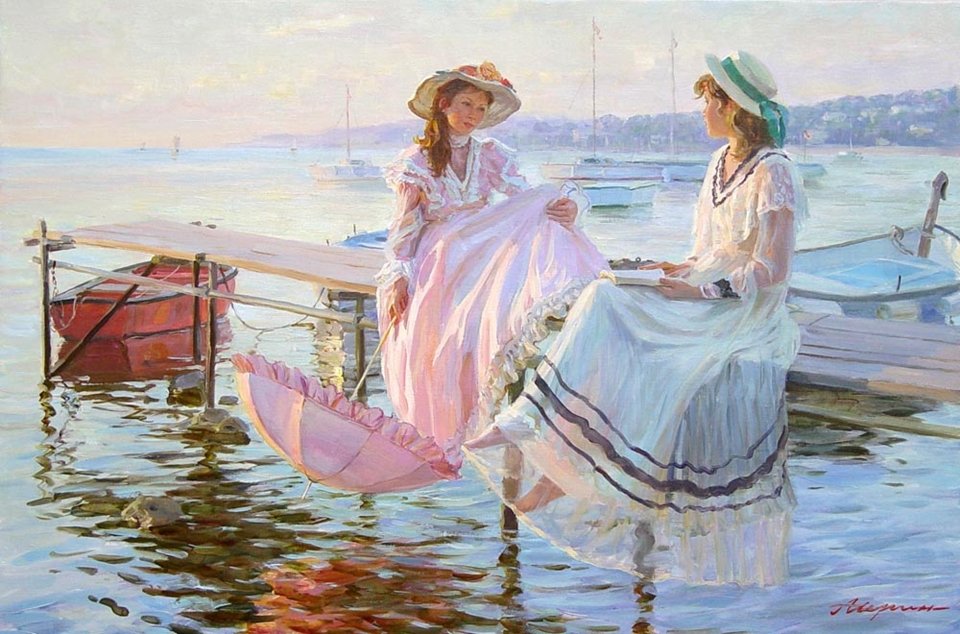 After his death his tractors continued to be used, and because there was belief in them, cures kept on being effected. In 1799, Dr. John Haygarth conducted a test in which he treated five rheumatic patients with wooden tractors that were made to resemble the metallic ones. Four of them reported that the pain was relieved. The next day the patients were treated with metallic tractors with the same results. Dr. Haygarth reported on his findings in a publication entitled On the Imagination as a Cause & as a Cure of Disorders of the Body.

Needless to say, attempts to use the tractors to cure animals ‘proved futile’, animals don’t understand the concept of faith healing, but they do respond to love and kindness, and we can have our own influence upon animals, there are plenty of animal healers that can cure animals by touch alone and the ability by the person to communicate love to the animal, willing it to be well.

In 1803, Thomas Green Fessenden published his poem “Terrible Tractoration” as a satire on physicians and their inability to understand the importance of the mind in healing. Perkins' son died in 1810. Only after that did the popularity of the tractors begin to wane.

Illustrations Of The Influence Of The Mind Upon The Body In Health And Disease, Designed To Elucidate The Action Of The Imagination - Daniel Hack Tuke, M.D., M.R.C.P.

With regard to the experiments made by Dr. Haygarth and others with wooden tractors, it can hardly fail to surprise the reader that these observers were content to stop, when they had proved that these instruments were as potent as if metallic. They had relieved their patients by something, sooner than they would otherwise have been relieved; and yet it never seemed to occur to them to continue the practice. They called this something "Imagination," and thought that was quite sufficient to dispose of the whole subject. ……. If, therefore, any medical reader should be disposed to say that there is no use in recurring to the exploded method of tractorism, I would simply ask whether in his practice he turns the same principle to account in any other form? If not, he obviously fails to employ what the Bath Hospital doctors proved to be a very potent remedy. 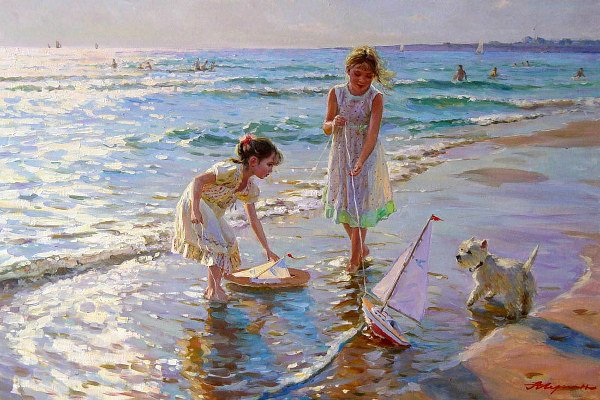