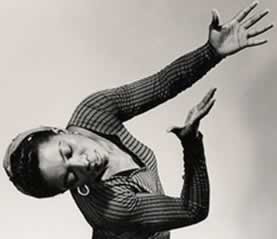 Pearl Eileen Primus (1919 –1994) was a dancer, choreographer and anthropologist who played an important role in the presentation of African dance to audiences outside African culture.

She is also a major contributor in a book entitled African Dance – edited by Kariamu Weish Asante from which I have drawn some observations.

She has been very influential in promoting African dance as an art form worthy of widespread study and performance.

Primus was born in Trinidad in 1919. Among her relations were drummers and initiates into the Shango/Spiritual Baptist faith. Her maternal grandfather, in particular, was an Ashanti musician from Ghana. When Pearl Primus was two years old she and her two brothers were brought to New York City where they grew up. 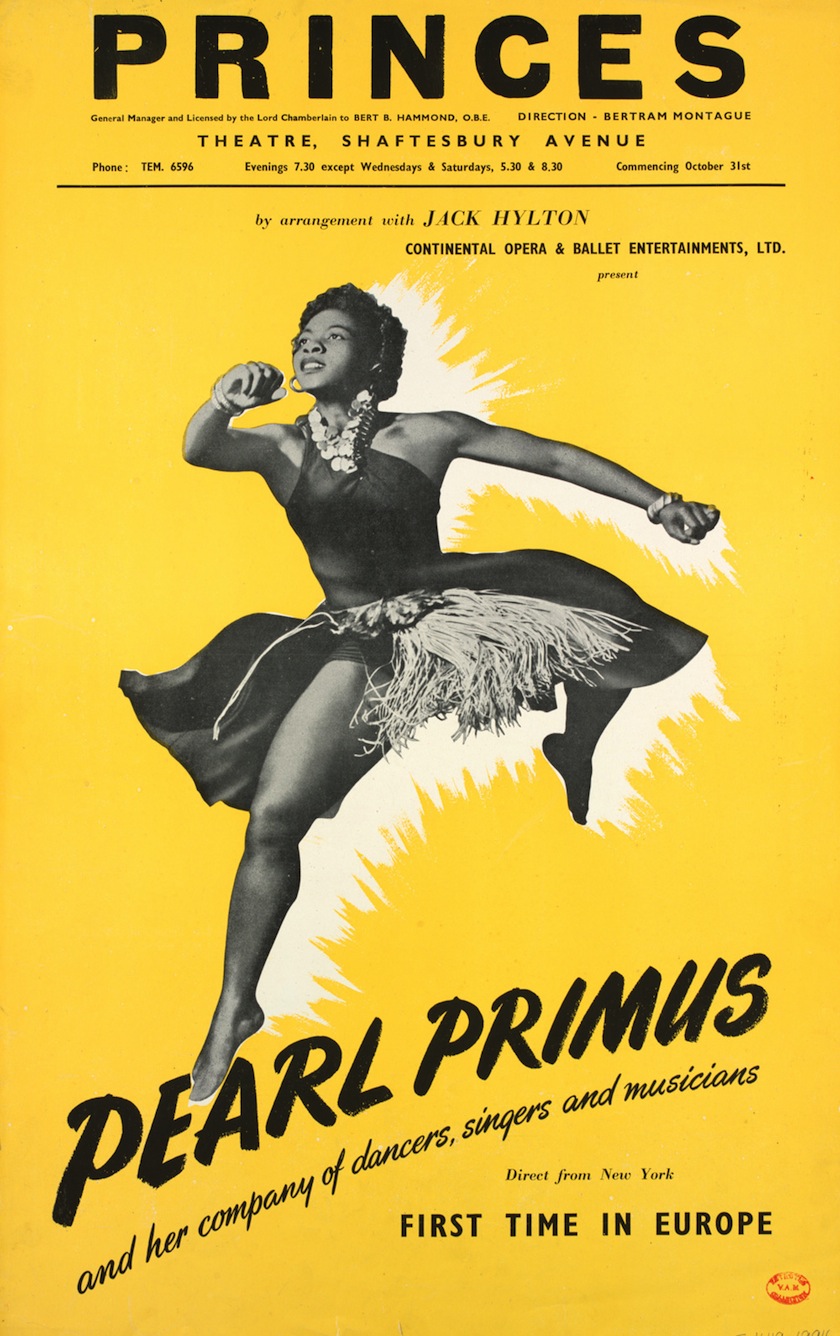 Primus did not originally intend to be a dancer. When she finished Hunter College High School,  she entered Hunter College as a pre-medical student majoring in biology. There she was an outstanding athlete in track and field. Upon graduating in 1940, Primus entered graduate school at New York University. While there, in pursuit of work to finance her studies, Primus found herself in the employ of the National Youth Administration. She was assigned to the NYA dance group as an understudy. Her natural abilities made her an excellent dancer and her instructors, recognized her talents and encouraged her to develop them.  Primus subsequently combined her studies in educational sociology and anthropology with her dance training.

Among some of her most significant performances was that with Beryl McBurnie in Antilliana. From McBurnie, Primus learned Afro-Caribbean dance and the folk dances of the Caribbean. Her dancing ability and dramatic presence often stole the show.

Primus began to research African dance, “consulting books, articles, and pictures and visiting museums”. After six months, she had completed her first choreographed composition, African Ceremonial.   It was presented along with Strange Fruit, Rock Daniel, and Hard Time Blues at her debut performance on February 14, 1943 at the 92nd Street YMHA. Her performance was so outstanding that John Martin of the New York Times states that “she was entitled to a company of her own.” 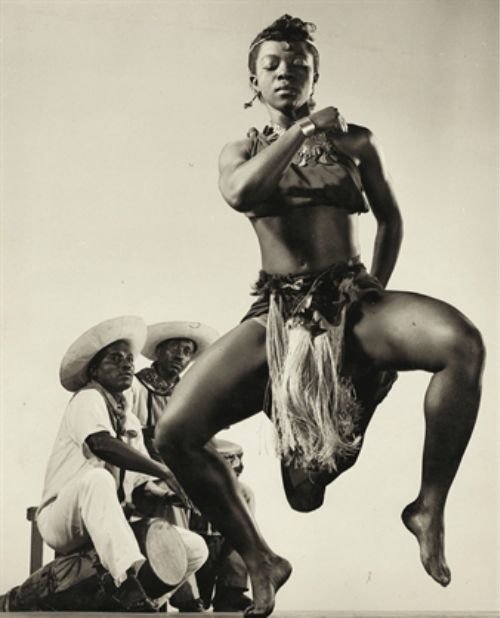 Her next performances began in April 1943, as an entertainer at the famous night club, Cafe Society Downtown, for ten months.  In June 1943, Primus performed at the Negro Freedom Rally at Madison Square Garden before an audience of 20,000 people.

Primus also choreographed a work to Langston Hughes's famous poem, "The Negro Speaks of Rivers", which was performed at her Broadway debut on October 4, 1944 at the Bealson Theatre.

She then began to study more intensively at the New Dance Group and became one of their instructors. In the summer of 1944, Primus visited the Deep South to research the culture and dances there. She visited over seventy churches and talked with the sharecroppers.

While on the university and college circuit, Primus performed at Fisk University in 1948, where Dr. Charles S. Johnson, a member of Rosenwald Foundation board, was president. He was so impressed with the power of her interpretive African dances that he asked her when she had last visited Africa. She replied that she had never done so. As a result she was given a major Rosenwald Fellowships award to enable her to embark on an eighteen-month research and study tour of the Gold Coast, Angola, Cameroons, Liberia, Senegal and the Belgian Congo. 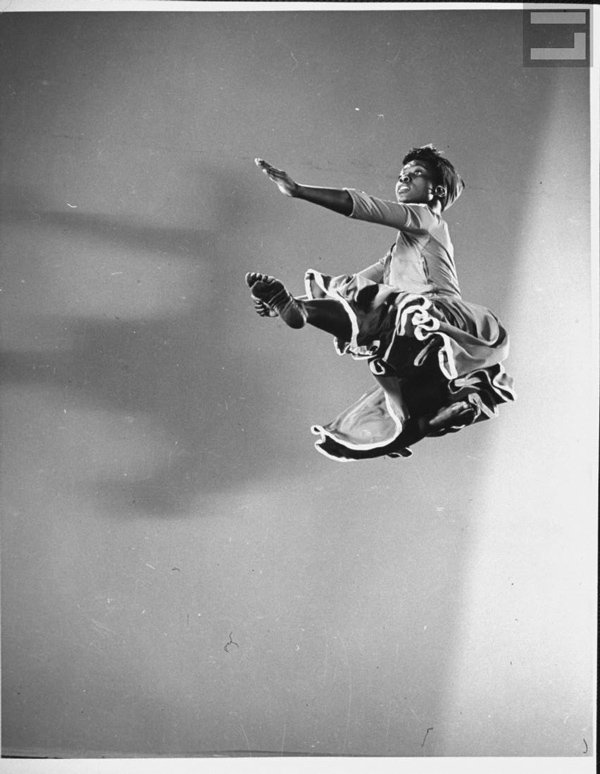 Primus' trip to West Africa proved invaluable to students of African dance. She learned more about African dance, its function and meaning than had any other American before her. She was able to codify the technical details of many of the African dances through the notation system she evolved and was also able to view and to salvage some “still existent gems of dances before they faded into general decadence.” And she was unselfish in sharing the knowledge she has gained with others.

She and her husband Percival Borde founded the Pearl Primus "Dance Language Institute" in New Rochelle, New York, where they offered classes that blended African-American, Caribbean, and African dance forms with modern dance and ballet techniques. Their performance group was called "Earth Theatre".  Additionally, Primus and her husband, conducted research with the Liberian Konama Kende Performing Arts Center.  They also arranged projects between African countries such as Senegal, Gambia, Guinea and the United States Government to bring touring companies to this country

There is one perhaps sad aspect to this.  Adrican dance is spontaneous and spiritual in nature, a dance in African culture can last all night because its objective is sometimes to entertain but often to communicate with spirits.  Africa and White America are poles apart and in a somewhat vain attempt to meet halfway, Primus taught African dance artists “how to make their indigenous dances theatrically entertaining and more commercially successful in the western world”.  How sad.  Better to have taught the west what the dances meant. 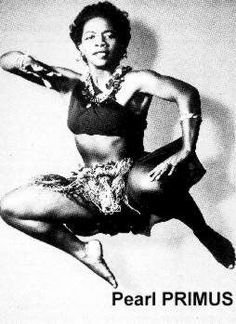 Throughout her life she continued to choreograph works, dance, teach  and tour.  She also formed her own dance company.

How did she dance?  Spontaneously, intuitively.

She may have found her creative impetus in the cultural heritage of the African American, but she found her inspiration in her spiritual nature.

Primus died from diabetes at her home in New Rochelle, New York on October 29, 1994.