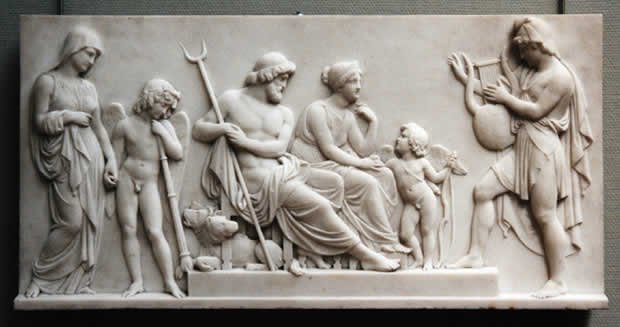 In myth and legend Orpheus was a pioneer of civilization, an augur and seer; practised magical arts, especially astrology; founded or rendered accessible many important cults, such as those of Apollo and the Greek god Dionysus;  instituted mystic rites both public and private; and prescribed initiatory and purificatory rituals, which his community of followers treasured in Orphic texts. His musical instrument of choice was the lute or harp.

Shamans with these sorts of abilities achieved ‘god’ status in early civilisations.  Pindar and Apollonius of Rhodes  placed Orpheus as the harpist and companion of Jason and the Argonauts. 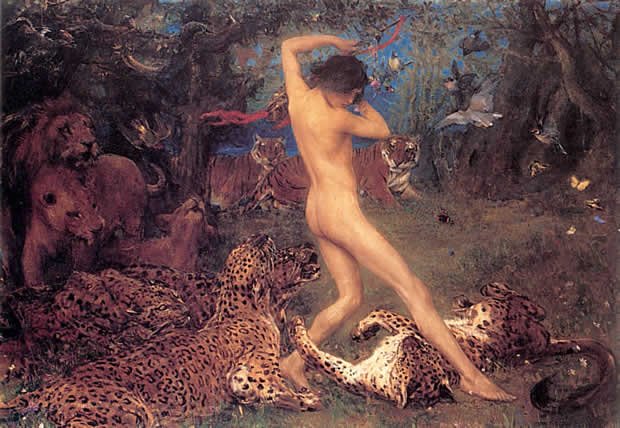 Eleanor C Merry – The Flaming Door
Legends tell us that Orpheus appeared unexpectedly in the turbulent bacchanalian orgies of the sanctuaries of Thrace, like a ray of peace and healing. But his message was still immature. So he went to Egypt and was initiated in the Egyptian Mysteries, returning to Greece to found his own Mysteries there.
He is represented in many ancient carvings and drawings as a Fisherman.
Orpheus with his music sought to draw sun-like beauty out of the turbid secrets of the darker side of the old Dionysian cult-to give it the clarity of Thought, Music, the heart of Love, that fervently longs for the pure and eternal Feminine.
But in Greece they tore him to pieces. There, he could not complete the mission that was destined to be carried, like the Sun itself, from the East to the West, to wander over Europe and sink down into the hearts of the Bards of Britain.
We can perhaps try to make all this a little clearer, though it must remain to some extent symbolical and mystical because what we are attempting to depict from the facts that have come down to us belongs to another age of consciousness than our own. Moreover we are trying to go back behind the generally accepted historical records, as these dealt with the time when pure Druidism and Bardism had become a mere shadow of its former greatness.